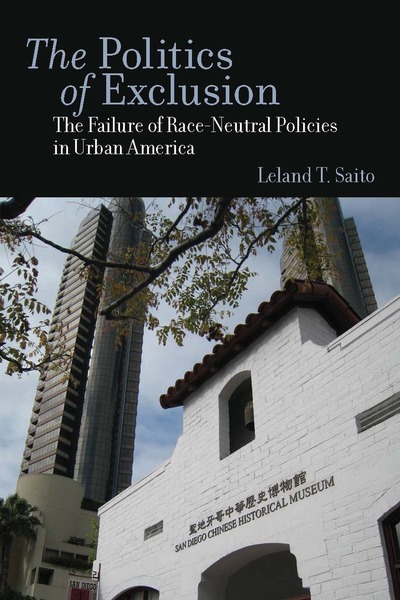 The Politics of Exclusion
The Failure of Race-Neutral Policies in Urban America
Leland T. Saito

Winner of the 2010 Oliver Cromwell Cox Award, sponsored by the ASA Section on Racial and Ethnic Minorities.

Co-winner of the the 2012 Book of the Year Award, sponsored by the ASA Section on Asia and Asian America.

Contrasting views of race and society make for heated debate in the United States. From the perspective of assimilation, society operates in a fair, open, and meritocratic fashion. Racial discrimination, while not completely eliminated, arguably has little impact on people's life chances. In contrast, research examining the social construction of race has emphasized continued discrimination. Race remains embedded in social, political, and economic institutions, contributing to systemic racism. The Politics of Exclusion examines how these debates about race—and the proper role of government in addressing issues of race—shape public policy.

Investigating three case studies, that involve economic redevelopment, historic preservation, and redistricting in San Diego, New York, and Los Angeles, Saito illustrates the enduring presence of racial considerations and inequality in public policy. Individuals and groups who may sincerely characterize themselves as free of racial prejudice still participate, though perhaps unwittingly, in practices that have racialized outcomes.

Leland T. Saito is Associate Professor of Sociology and American Studies & Ethnicity at the University of Southern California. He is the author of Race and Politics: Asian Americans, Latinos, and Whites in a Los Angeles Suburb (1998), winner of the 2000 American Sociological Association Section on Asia and Asian America Book Award.

"Leland Saito offers an informative and critical analysis . . . Beyond policy outcomes, Saito's research affirms the value of community activism to build momentum and capital that limits negative effects on historical and contemporary representation of these groups . . . [T]his is a worthy piece of scholarship, advancing the argument for the continued consideration of the racial and ethnic implications of public policy."

"The ever savvy Leland Saito does a thorough and creative job of analyzing the complexities of racial politics in U.S. cities, revealing major weaknesses in the diversionary "colorblind" notions of conservative apologists for urban racism. Given the importance of racism, ethnic conflicts, cycles of immigration, and urban redevelopment today, this compelling look at how important cities are dealing with dramatic social change will likely find an eager popular and scholarly audience."

"The ideology of colorblindness exhorts us to "get beyond" race and governs current institutional policies and practices. In a forceful critique, The Politics of Exclusion compellingly illustrates how supposedly "race-neutral" policies are deeply embedded in structural forms of racial inequality, and how such policies can promote racialized outcomes despite the best intentions of key social actors. Saito aptly describes a contemporary paradox—the simultaneous absence of racial prejudice and the enduring persistence of racial disparities."

"In this informative and incisive comparison of neighborhood preservation projects and political redistricting struggles, Saito delivers a convincing and compelling argument about the enduring persistence of race, calling into question the effectiveness of race-neutral policies and documenting why racial equality continues to elude our nation."

"Saito uses compelling case studies from Los Angeles, New York, and San Diego to show how race and ethnicity continue to organize urban America, in ways that are shaped by local conditions. Once again, this work reflects Saito's extensive experience in community fieldwork, and it builds on his highly respected Race and Politics."

"The author . . . delivers a well-written, convincingly argued thesis on exclusion." 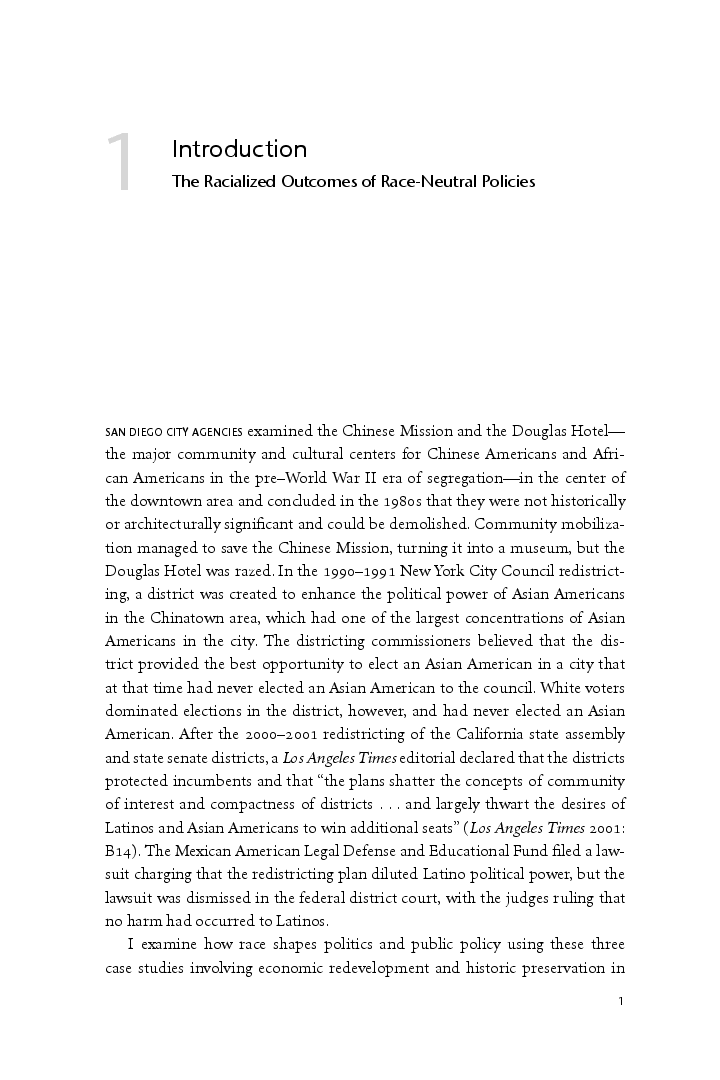 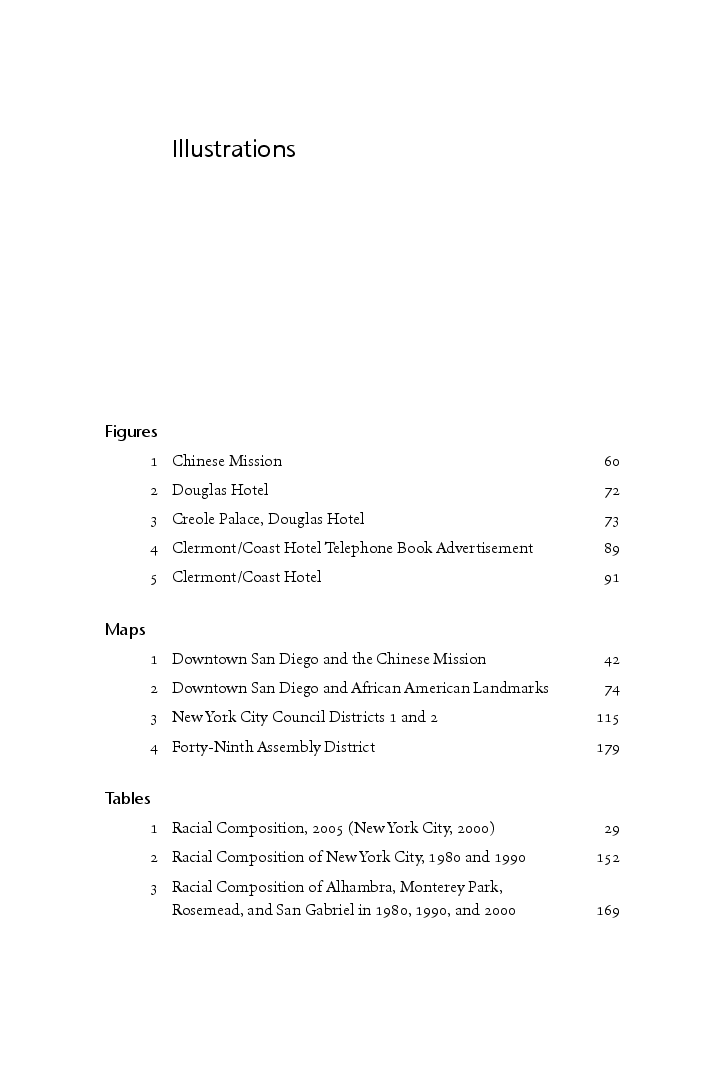 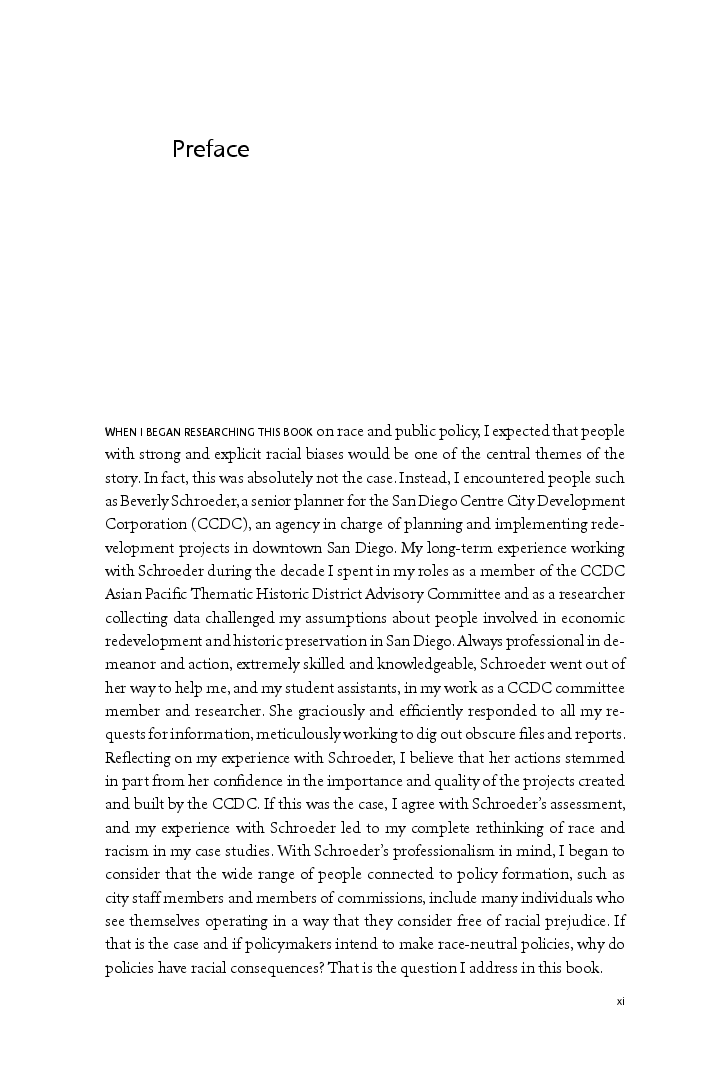 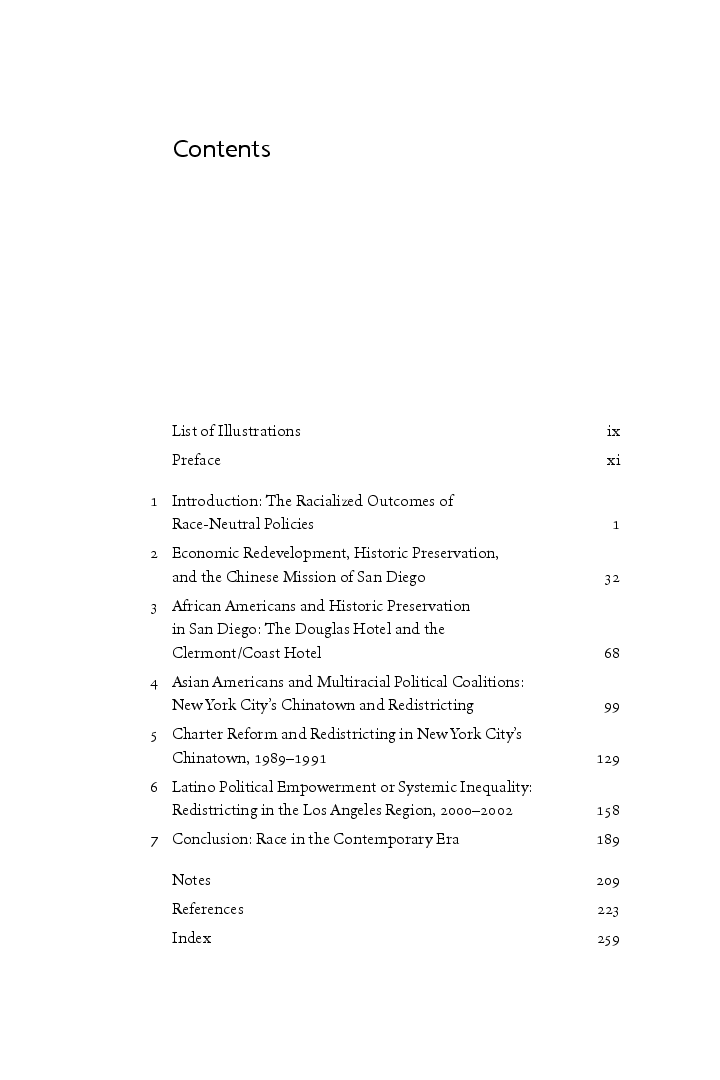