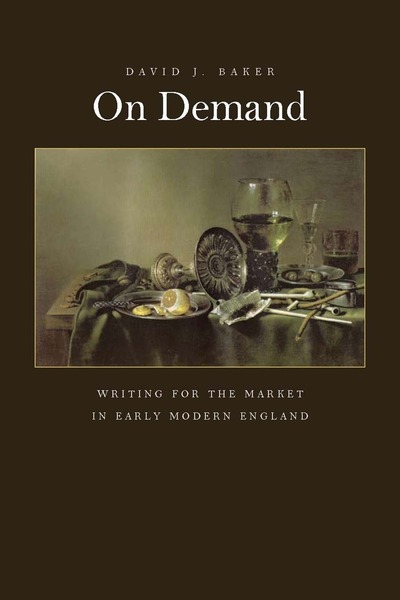 On Demand
Writing for the Market in Early Modern England
David J. Baker

In early modern England, while moralists railed against the theater as wasteful and depraved and inflation whittled away at the value of wages, people attended the theater in droves. On Demand draws on recent economic history and theory to account for this puzzling consumer behavior. He shows that during this period demand itself, with its massed acquisitive energies, transformed the English economy. Over the long sixteenth-century consumption burgeoned, though justifications for it lagged behind. People were in a curious predicament: they practiced consumption on a mass scale but had few acceptable reasons for doing so. In the literary marketplace, authors became adept at accommodating such contradictions fashioning works that spoke to self-divided consumers: Thomas Nashe castigated and satiated them at the same time . William Shakespeare satirized credit problems. Ben Jonson investigated the problems of global trade, and Robert Burton enlisted readers in a project of economic betterment.

David J. Baker is Peter G. Phialas Professor in the Department of English and Comparative Literature at the University of North Carolina at Chapel Hill. He is author of Between Nations: Shakespeare, Spenser, Marvell, and the Question of Britain (Stanford, 2002).

"The idea of the play as a marketable commodity and as a response to a growing consumer culture is . . . explored in a chapter on Troilus and Cressida from David J. Baker's excellent monograph, On Demand: Writing for the Market in Early Modern England. . . Baker's arguments are all valuable ones and his reading represents a fascinating and insightful contribution to scholarship on Troilus and Cressida."

"As the feudal world receded and the middle class got more and more powerful, The Renaissance took materialism and the commercial world increasingly to heart . . . David J. Baker in On Demand brilliantly demonstrates how new marked operations and entrenched moral principles interacted and were discussed."

"In addition to his careful and often nicely nuanced description of an emerging English market economy and the questions of habits and economic behaviors that accompany it, Baker is a detailed and insightful reader of the literature . . . It offers new ideas and questions on consumer practices; more importantly, it is likely to provoke new questions about social and economic conditions in early modern England and their representation in some important literary texts."

"Offering fresh readings of works both familiar and relatively unknown, Baker deftly weaves literary, historical, and economical threads together to create a cultural and literary pattern that is almost completely new . . . Highly recommended."

"On Demand presents us with a fresh, lucid, and persuasive account of what it meant and what it felt like to live and to write at a transitional moment in English socio-economic history. It may well be the most nuanced analysis of this betwixt-and-between moment that we have been given to date."

"On Demand is a very astute and provocative work. It is more convincingly argued and thoroughly researched than most recent literary studies that invoke seventeenth-century economics, and it makes a significant contribution to our understanding of early modern literature and culture." 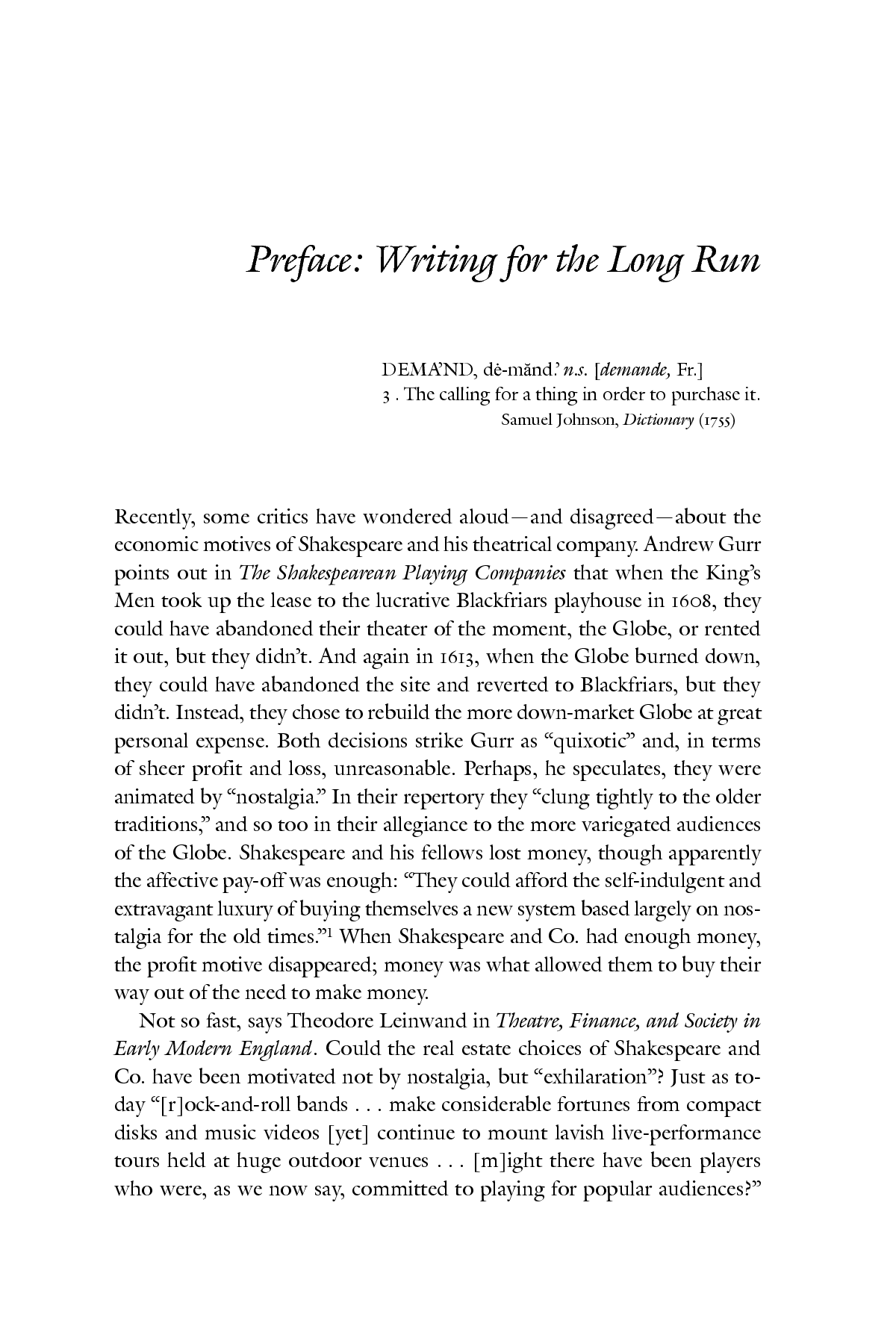 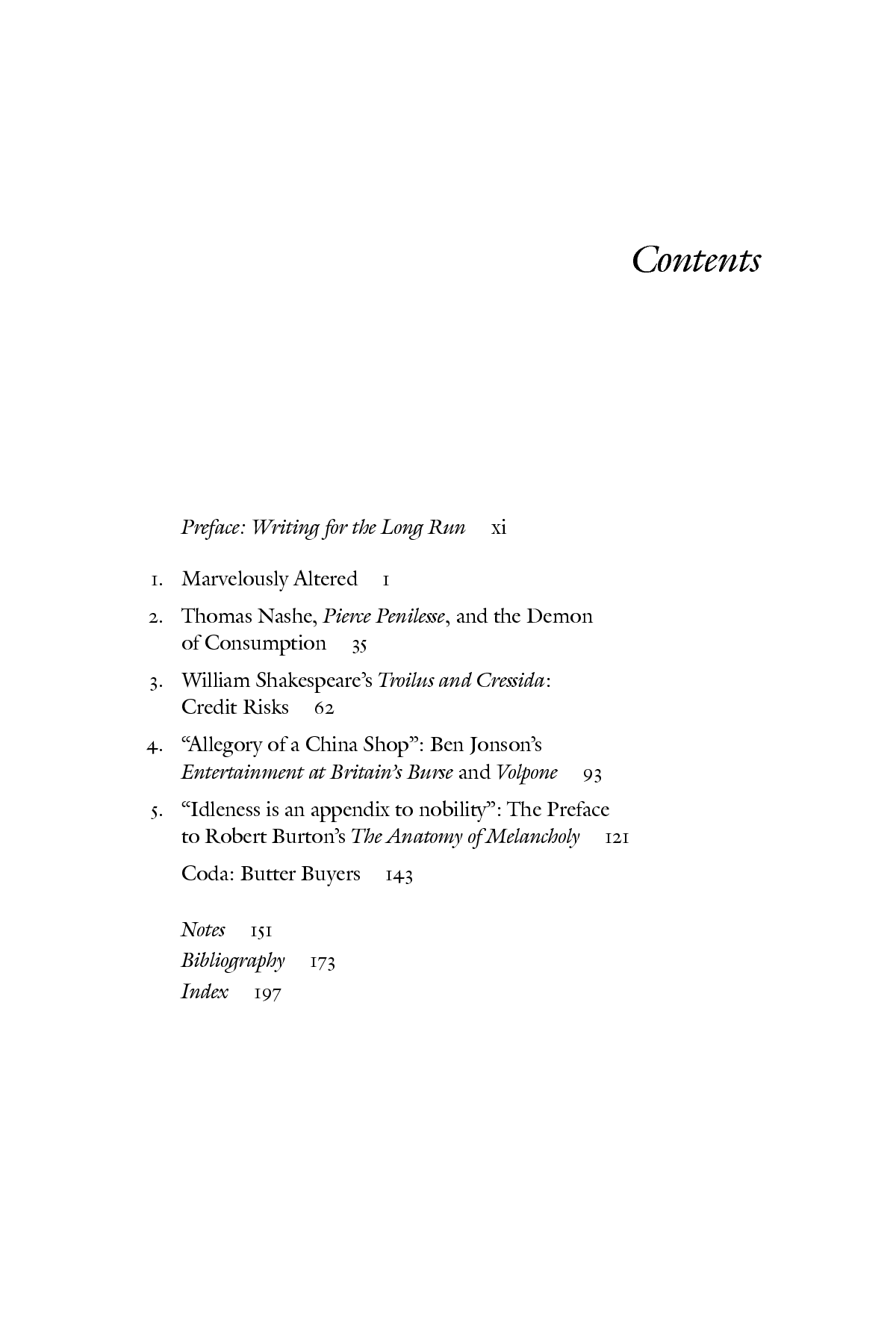