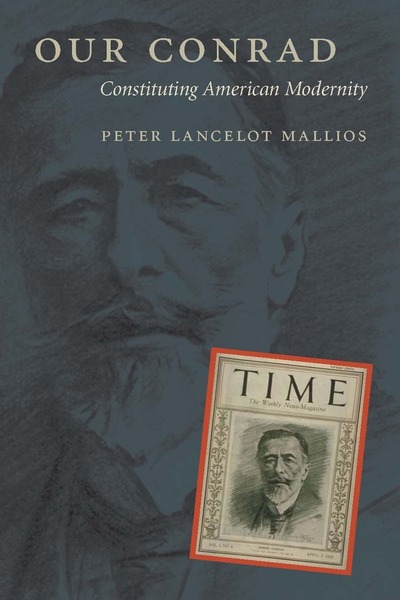 Winner of the 2012 Adam Gillon Book Prize for Conrad Studies, sponsored by the Joseph Conrad Society of America.

Our Conrad is about the American reception of Joseph Conrad and its crucial role in the formation of American modernism. Although Conrad did not visit the country until a year before his death, his fiction served as both foil and mirror to America's conception of itself and its place in the world.

Peter Mallios reveals the historical and political factors that made Conrad's work valuable to a range of prominent figures—including Fitzgerald, Faulkner, Richard Wright, Woodrow Wilson, and Theodore and Edith Roosevelt—and explores regional differences in Conrad's reception. He proves that foreign-authored writing can be as integral a part of United States culture as that of any native. Arguing that an individual writer's apparent (national, gendered, racial, political) identity is not always a good predictor of the diversity of voices and dialogues to which he gives rise, this exercise in transnational comparativism participates in post-Americanist efforts to render American Studies less insular and parochial.

Peter Lancelot Mallios is Associate Professor of English and American Studies at the University of Maryland. He is a co-editor, with Carola Kaplan and Andrea White, of Conrad in the Twenty-First Century: Contemporary Approaches and Perspectives (2005)

"Our Conrad is an exemplary work of scholarship and criticism, deeply researched, subtly argued, and lucidly perceptive in its tracing of these codings and recodings. . . Mallios's book is too rich in its detail, too wide-ranging in its scope, and too subtle in its argument to be adequately represented in a review. It is possible, in the space available, only to point to some of the highlights."

"His tracing of Conrad's thirty-year influence on Cather's see-sawing attitudes towards race and labor is to be especially recommended; so is his account of Robert Penn Warren's Conrad-inspired progress towards opposition to segregation. . . Our Conrad ought to be understood by English studies scholars as an earthquake of a book."

"In his brilliant and compellingly readable book, Our Conrad, Peter Lancelot Mallios provides an answer to these questions and in the process makes an impassioned and thoroughly informed case for a transnational comparatist approach to Conrad, American studies, and modernism alike,. . . Our Conrad is indispensible reading for any scholar of Conrad, modernism, or American studies. . . One of the finest books on Conrad that I have read."

"Peter Lancelot Mallios's Our Conrad: Constituting American Modernity supplies a richly textured 'literary and cultural history' of the modern American fashioning of Conrad. . . . Mallios is especially convincing in charting the historical political issues that made Conrad's oeuvre resonant to a diverse array of prominent American authors, such as F. Scott Fitzgerald, William Faulkner, and Richard Wright."

"Our Conrad is one of the most stimulating works of scholarship I have read in some time. Mallios weaves his tale masterfully and convinces me that Conrad-in-America was much more significant than I had realized—that the reception of Conrad in America says as much about America as it does about Conrad. Our Conrad will be embraced by scholars in English and American literature and American history, as well as readers outside academia who want to understand the connection of America with the rest of the world during the early twentieth century."

"Our Conrad is a strikingly original study of cultural influence, a landmark study not of the works of Joseph Conrad but of the various understandings of Conrad held by American writers as they struggled to combine Americanness with modernism. Mallios's account opens up, in dramatically new ways, such impacted conceptual oppositions as self and other, foreign and domestic, native and alien. And it enlarges our understanding of the real cosmopolitanism of our most homegrown literary figures." 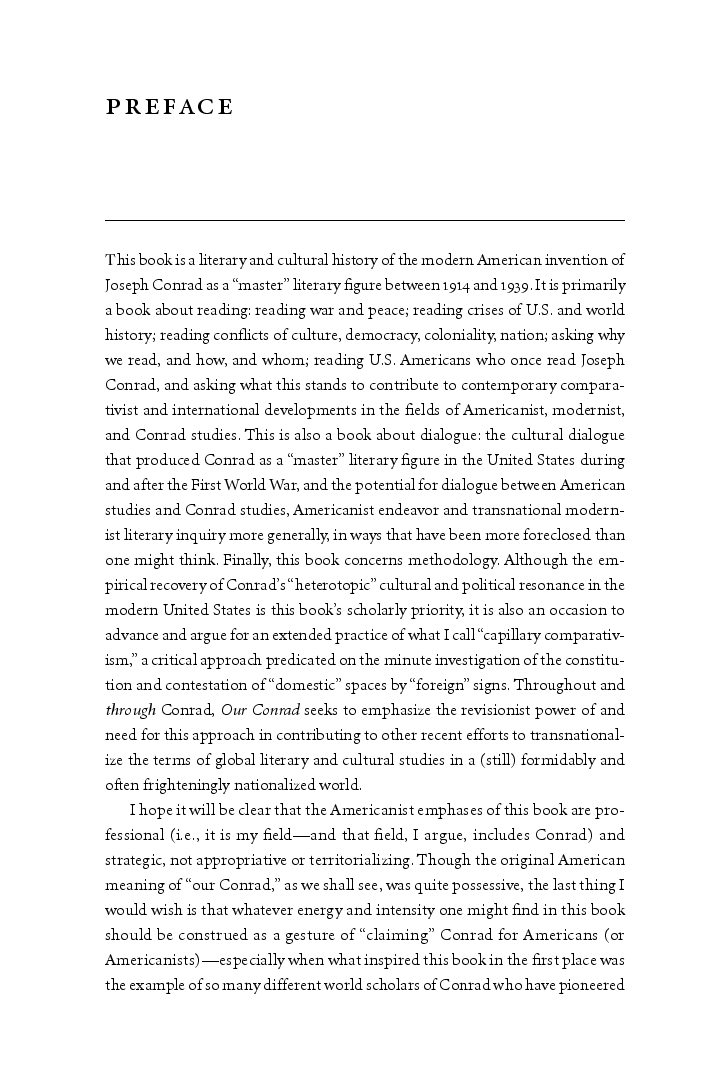 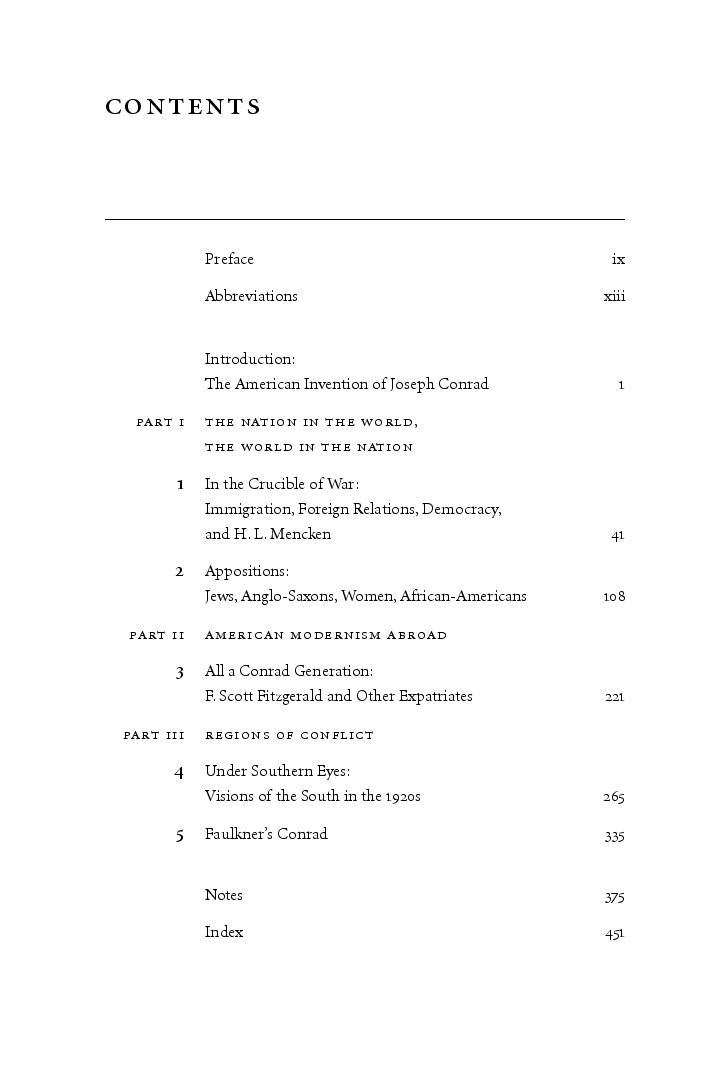