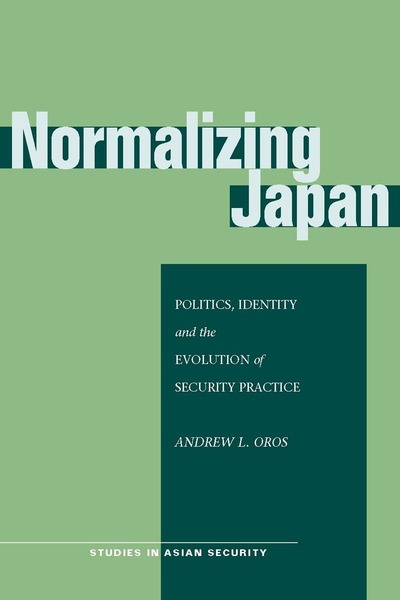 Normalizing Japan seeks to answer the question of what future direction Japan's military policies are likely to take, by considering how policy has evolved since World War II, and what factors shaped this evolution. It argues that Japanese security policy has not changed as much in recent years as many believe, and that future change also will be highly constrained by Japan's long-standing "security identity," the central principle guiding Japanese policy over the past half-century. Oros' analysis is based on detailed exploration of three cases of policy evolution—restrictions on arms exports, the military use of outer space, and cooperation with the United States on missile defense—which shed light on other cases of policy change, such as Japan's deployment of its military to Iraq and elsewhere and its recent creation of a Ministry of Defense. More broadly, the book refines how "ideational" factors interact with domestic politics and international changes to create policy change.

Andrew Oros is an Associate Professor of Political Science and International Studies at Washington College. He is the Editor, with Yuki Tatsumi, of Japan's New Defense Establishment: Institutions, Capabilities, and Implications (Stimson Center, 2007).

"Andrew Oros' contribution to constructivist literature through his challenging of realist theories of international relations and rationalist understandings of domestic politics combine to make Normalizing Japan an important addition to international relations and comparative politics scholarship . . . In sum, the value of this book is twofold. The first lies in its empirical richness and description of compromises reached among domestic and international actors, while the second reflects its contribution to constructivist theory through charting the institutionalisation and evolution of Japan's security identity."

"It is clear that a tremendous amount of hard work and research went into the creation of this book .... Credit must be given to Oros for writing a book that is completely borderless with respect to sources, whether text or interviews; he represents a new breed of Japan specialists who operate with equal facility in Japan and in their own countries . . . This book should be required reading for current and aspiring Japan specialist in the arena of politics and security."

"This thoughtful, carefully argued study challenges the many Chicken Littles who warn that Japan is ready to break free of its post-war constraints."

"Andrew Oros has written an important book on one of the seminal questions in East Asian affairs. The character and impact of Japan's unique national security identity of antimilitarism--and its evolution today in a region where 'realist' forces are reasserting themselves is a challenging scholarly issue that also has real world significance. Normalizing Japan marshals impressive evidence to make careful and thoughtful arguments about the role of identity and history in Japanese national security decision making. The book is a welcome addition to a growing debate on the logic and pathways of Japan's postwar identity and foreign policy."

"A well-crafted and innovative study of contested national identity. Oros shows how Japan's security identity, despite significant material changes in the domestic and international environment, remains rooted in domestic anti-militarism. He offers empirical benchmarks to suggest that so far Japan is normalizing but not nationalizing or permanently pacifying."

"This work effectively presents Japan's defensive orientation and practices as normal for the Japanese as they reflect the political negotiations and compromises that have shaped and continue to define the framework within which security decisions are made."

"...Represents a fine example of the synergy that can be created by drawing upon the strengths of both area studies and discipline. In short, this book stands out as one of the best additions to the field over recent years and represents another excellent contribution to what is shaping up to be a fine series in Asian security studies under the sponsorship of the East-West Center." 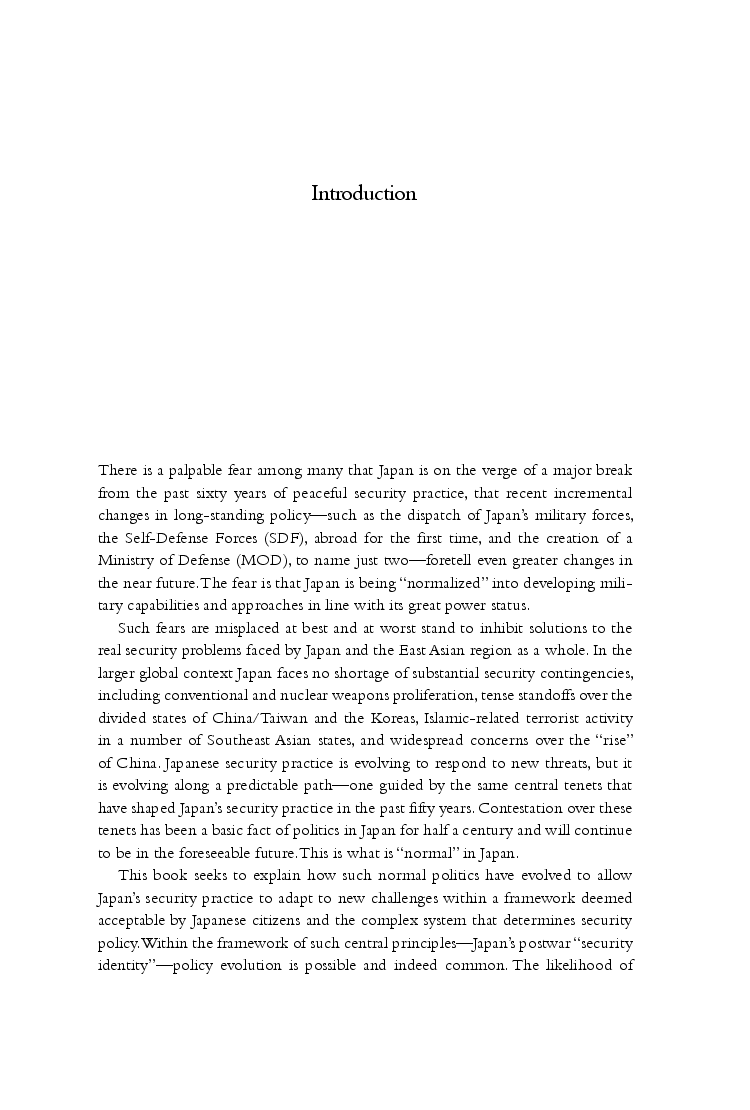 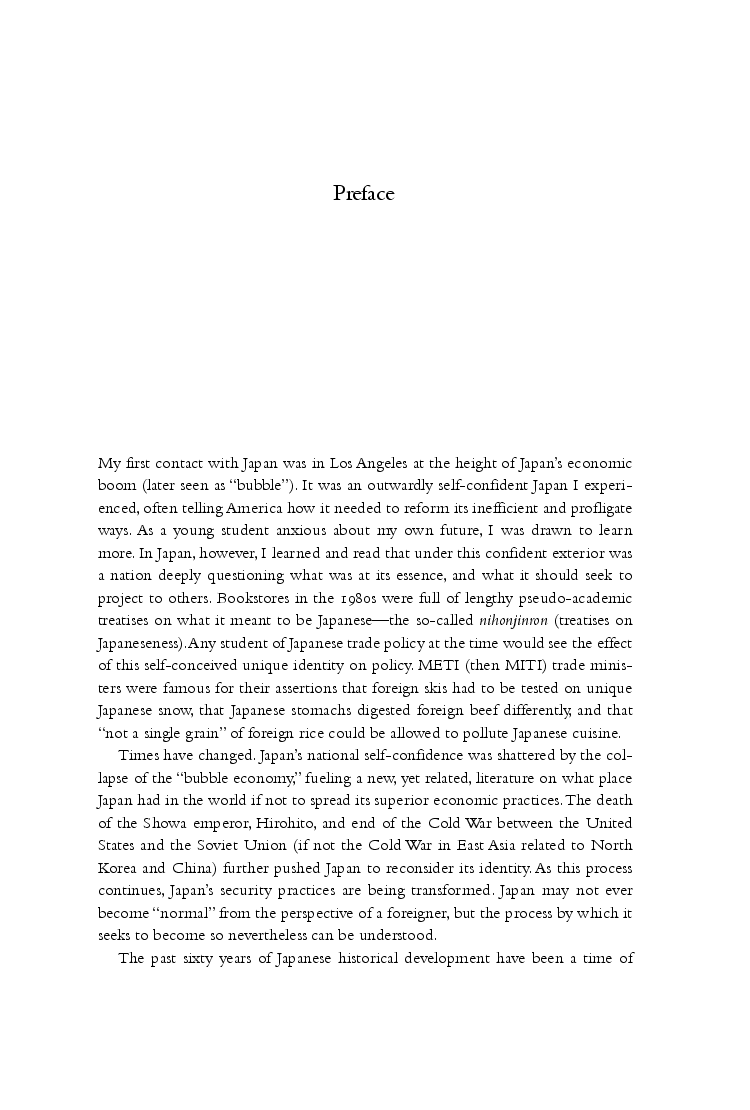 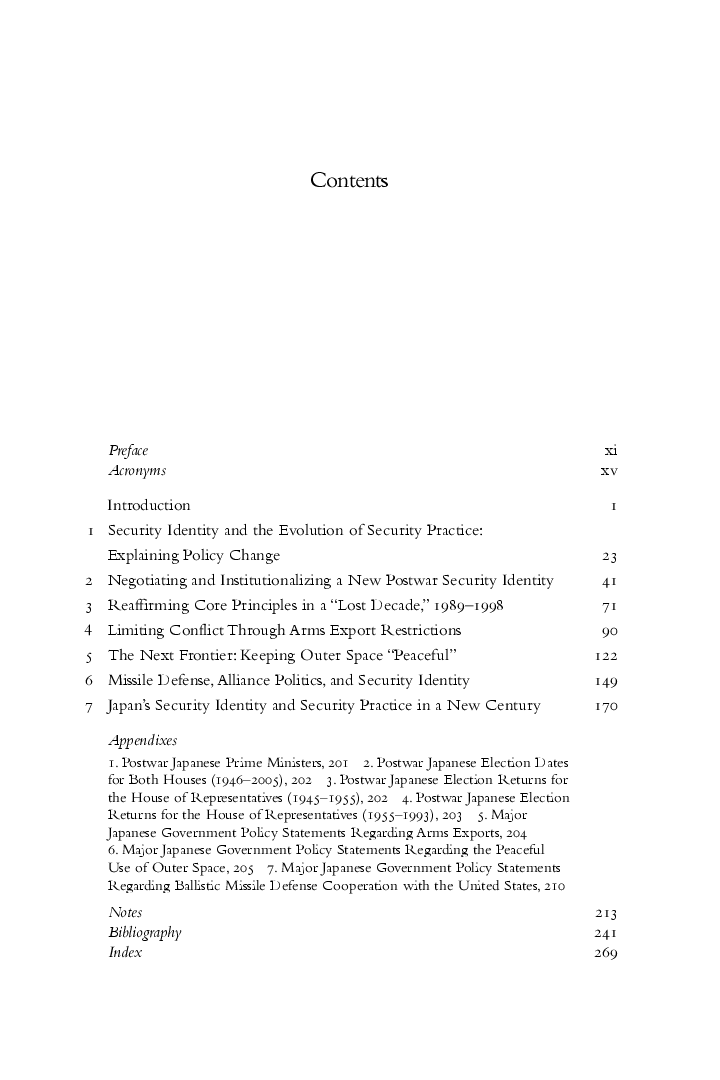 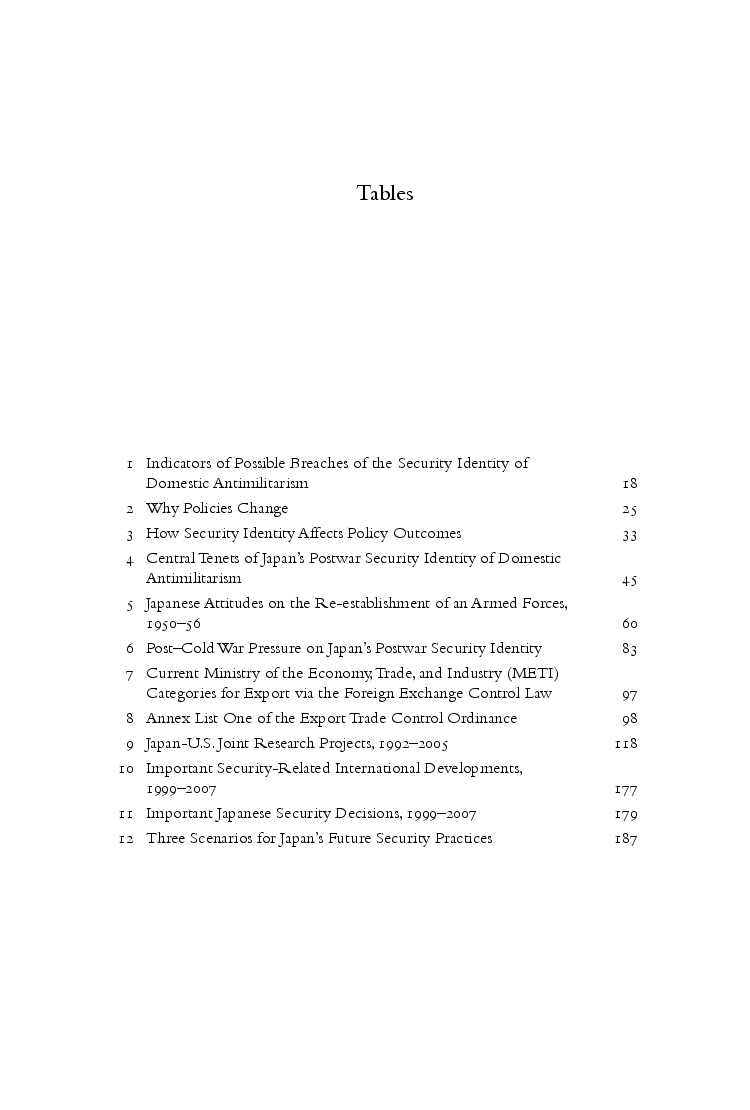