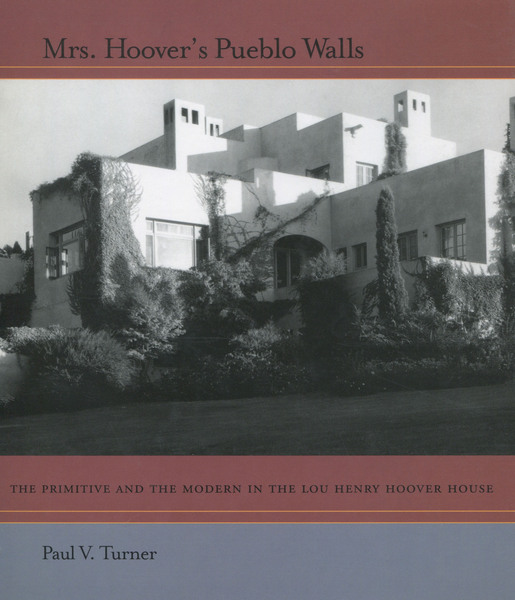 Two questions have intrigued observers of the Lou Henry Hoover House, built at Stanford University in 1919 by Lou Henry and Herbert Hoover and now the official residence of the university’s president. Who was the building’s architect? And what was the motive for its unusual, cubic, flat-roofed, undecorated form? Although professional architects were involved in the project, this book shows that the architect was actually Lou Henry Hoover herself, who conceived the design of the house and worked out its details, using her architects largely for technical matters and to produce the drawings and supervise construction. As for the design, the book argues that it was inspired mainly by the Native American Pueblo architecture of New Mexico and Arizona. Herbert Hoover, in fact, called it a “Hopi house,” and Lou referred to her “Pueblo walls,” but the Pueblo connection was later denied by others involved in the project.

The book reveals that both of the Hoovers were interested in Native American culture, and that Lou, in particular, was fascinated with the “primitive” architecture of the non-Western world, which she had studied during the years when she and Herbert had lived and worked in Asia and elsewhere. Primitive forms did not appeal to her for their exoticism, as was typical at that time, but for the virtues she found in them. The Hoover House is a remarkable example of the contribution of non-Western or indigenous architecture to the development of modernism.