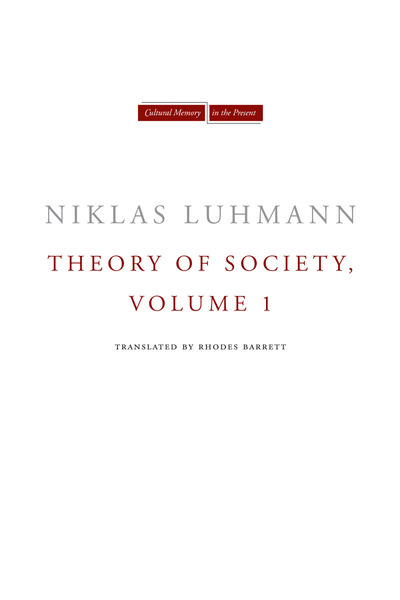 This first volume of Niklas Luhmann's two-part final work was initially published in German in 1997. The culmination of his thirty-year theoretical project to reconceptualize sociology, it offers a comprehensive description of modern society on a scale not attempted since Talcott Parsons. Beginning with an account of the fluidity of meaning and the accordingly high improbability of successful communication, Luhmann analyzes a range of communicative media, including language, writing, the printing press, and electronic media as well as "success media," such as money, power, truth, and love, all of which structure this fluidity and make communication possible. An investigation into the ways in which social systems produce and reproduce themselves, the book asks what gives rise to functionally differentiated social systems, how they evolve, and how social movements, organizations, and patterns of interaction emerge. The advent of the computer and its networks, which trigger potentially far-reaching processes of restructuring, receive particular attention. A concluding chapter on the semantics of modern society's self-description bids farewell to the outdated theoretical approaches of "old Europe," that is, to ontological, holistic, ethical, and critical interpretations of society, and argues that concepts such as "the nation," "the subject," and "postmodernity" are vastly overrated. In their stead, "society"—long considered a suspicious term by sociologists, one open to all kinds of reification—is defined in purely operational terms. It is the always uncertain answer to the question of what comes next in all areas of communication.

Niklas Luhmann (1927-1998), Professor of Sociology at the University of Bielefeld, was one of the most eminent social theorists of the last decades of the twentieth century. Stanford University Press has published a number of his books in English: Social Systems (1995), Observations on Modernity (1998), Love as Passion: The Codification of Intimacy (1998), Art as a Social System (2000), The Reality of the Mass Media (2000), Theories of Distinction: Redescribing the Descriptions of Modernity (2002), and A Systems Theory of Religion (2012).

"Luhmann's understanding of society offers critical theology an insightful account of how original sin manifests itself in North Atlantic societies today . . . [I]t is insightful regarding how the particular logics of social systems constrain the views and actions of people involved in them. . . [B]y attending to how social systems function and have become globalized, Luhmann's thoery helps uncover possibilities for collective solidarity."

"This work builds on and refines [Luhmann's earlier studies], constructing a relativistic theory that challenges classical sociological theories of action, meaning, and the subject."

"One of the masterpieces of social theory written after World War II."

"Niklas Luhmann's membership in the canon of genuinely original and comprehensive social theorists is radiantly evident. Together with that of Simmel, Durkheim, Weber, Mead, and Parsons, his work stands as one of the monumental achievements of twentieth-century sociology. With the English publication of Theory of Society, Luhmann's magnum opus is finally available to a global readership. Students who master its supple conceptuality will find it indispensable in understanding the complexity and dynamism of the contemporary world." 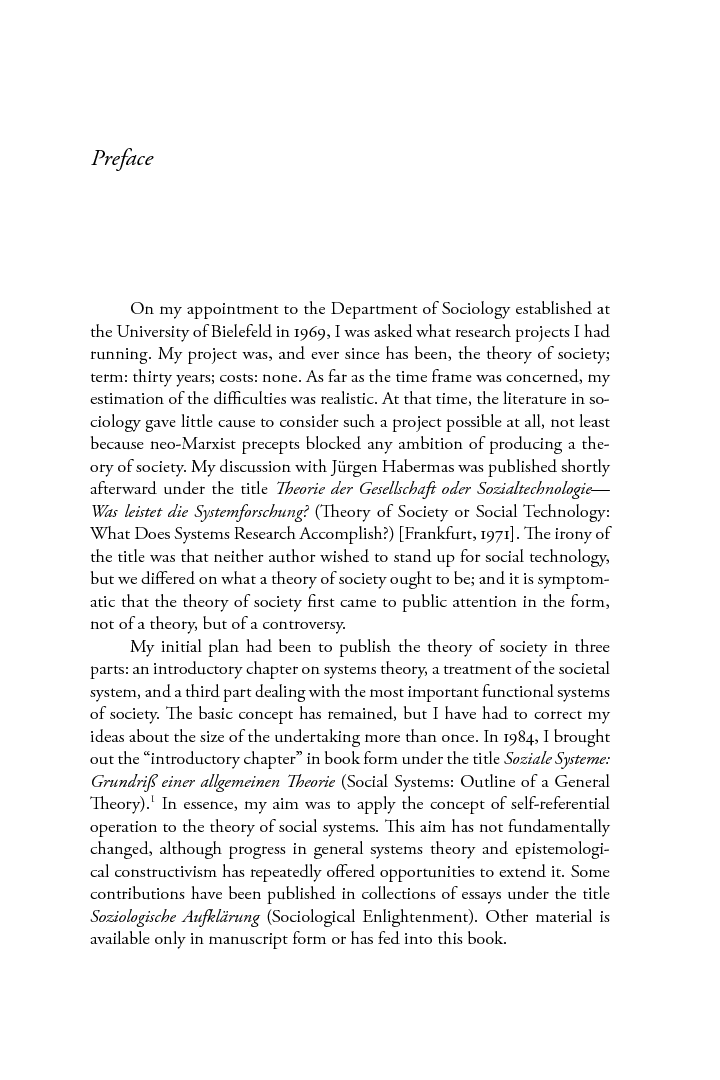 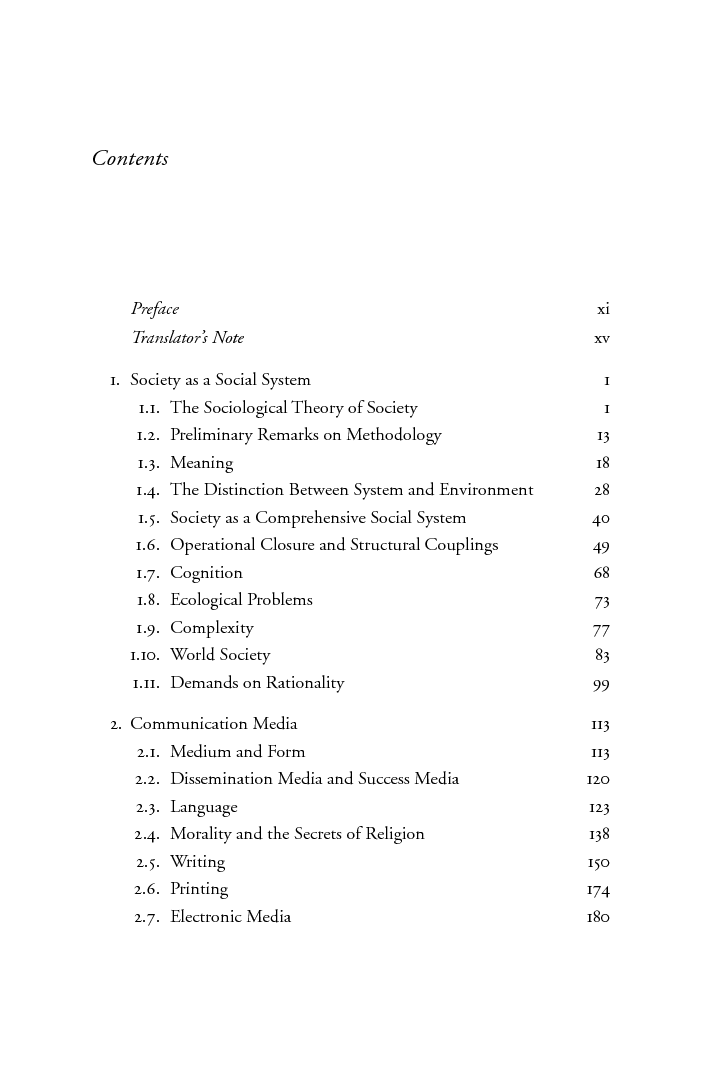