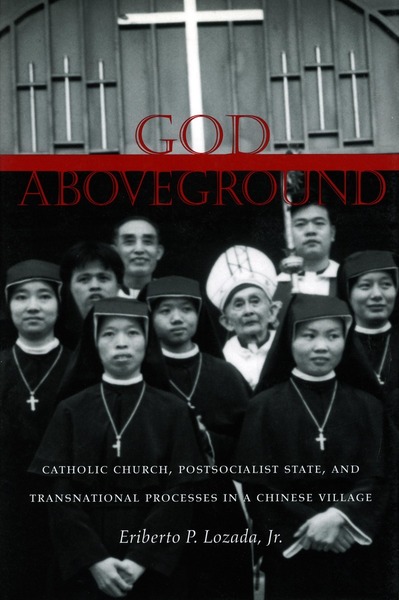 This ethnographic study of a Chinese Catholic village reveals how the rapid penetration of transnational processes into the People’s Republic of China during the post-Mao period has redefined and created new social and cultural structures in rural communities. In examining the resurfacing of a Catholic community in a Hakka village in Jiaoling county, Guangdong, the book shows what it means to be part of a global and modern rural village.

The Hakka are members of a Chinese diasporic group that in the past few decades have mobilized international campaigns to strengthen ethnic solidarity. After surviving campaigns of persecution in the Maoist era, Catholic villagers incorporated their village church into the state religious administrative structure while remaining faithful to Catholic traditions. They managed this transformation despite a multiplicity of national and transnational processes that might have deterred them: the privatization of local sectors of the socialist economy; the global movement of people as workers, students, and tourists; and the swift modernization of Chinese production and consumption.

Through a close examination of life-cycle rituals such as weddings, baptisms, and funerals, and community-wide events such as the building of a new church and a celebration of Christmas, the author shows how Catholic villagers pursued strategies to make their imagined futures a reality. For these villagers, Chinese Catholicism has defined a deterritorialized community’s boundaries while simultaneously connecting them to the rest of the world through an international religious tradition.

"One of the problems with many anthropological studies of religion in complex societies is that the ethnography is rarely sensitive enough to the larger field in which it is set. This outstanding study of the Catholic Church in a Chinese village is an exception . . . .This volume would be an excellend choice for academic library collections on religion, anthropology, and East Asia, and is very accessible to the general educated reader. Highly recommended."

"This is a rich and rewarding study that is modest in length, broad in theoretical implications, interesting in detail, and enlivened by good maps, tables, and tweny-four photographs, historical and contemporary."

"In sum, this book makes for highly rewarding reading for those interested in globalization and localization, transnationalism and subjectivity, religion and ethnicity, and, of course, Catholicism and Hakka identity in China. It contains helpful tables, maps, and photographs and a good index. Its clear writing style would even make it accessible to advanced undergraduate students."

"This is a fascinating ethnography of a Catholic Hakka village in northern Guangdong Province that the author calls 'Little Rome'".—The China Journal