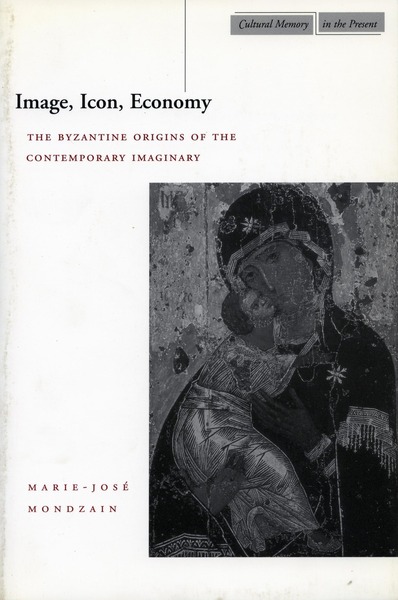 The barest awareness of the ubiquity and influence of the media today provides proof enough that our fate is in the hands of the image. But when and how was this fate sealed? Image, Icon, Economy considers this question and recounts an essential thread in the conceptualization of visual images within the Western tradition. This book argues that the extraordinary force of the image in contemporary life—the contemporary imaginary—can be traced back to the Byzantine iconoclastic controversy of the eighth and ninth centuries. It was during this period that the church was compelled to produce an account of the theological status of the religious image that would nevertheless not be open to even the slightest suspicion of idolatry. The solution arrived at was the dual doctrine of the image, invisible (and thus beyond the charge of idolatry) and the icon, visible, and thus perfectly fitted to be placed at the center of a pedagogical and political strategy serving the temporal power of the church. The foundations of this immense philosophical enterprise were laid in no less than the multifarious, interwoven strands of the divine economy, God's overall plan for the salvation of humanity.

Marie-José Mondzain is Director of Studies at the Centre National de la Recherche Scientifique in Paris.