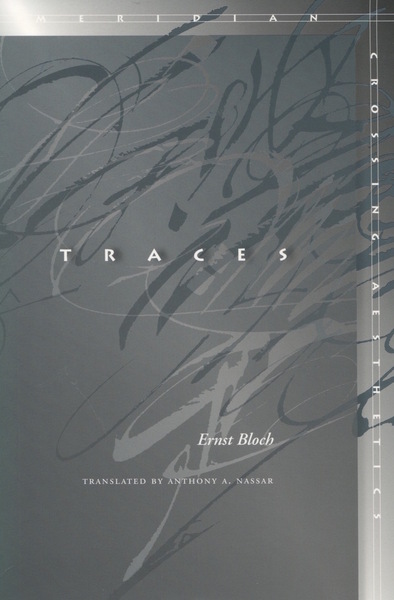 Written between 1910 and 1929, Traces is considered Ernst Bloch's most important work next to The Principle of Hope and The Spirit of Utopia. This book, which collects aphorisms, essays, stories, and anecdotes, enacts Bloch's interest in showing how attention to "traces"—to the marks people make or to natural marks—can serve as a mode of philosophizing. In an elegant example of how the literary can become a privileged medium for philosophy, Bloch's chief philosophical invention is to begin with what gives an observer pause—what seems strange and astonishing. He then follows such traces into an awareness of the individual's relations to himself or herself and to history, conceived as a thinking into the unknown, the "not yet," and thus as utopian in essence.

Traces, a masterwork of twentieth-century philosophy, is the most modest and beautiful proof of Bloch's utopian hermeneutics, taking as its source and its result the simplest, most familiar, and yet most striking stories and anecdotes.

Ernst Bloch (1885-1977) was one of the great philosophers and political intellectuals of twentieth-century Germany. Among his works to have appeared in English are The Spirit of Utopia (Stanford University Press, 2000), Literary Essays (Stanford University Press, 1998), The Utopian Function of Art and Literature: Selected Essays (1987), and The Principle of Hope (1986).

"...this is a literary masterpiece. Overall, it is a must for anyone interested in Bloch's work."

"This is an important addition to the corpus of Bloch's writings in English." 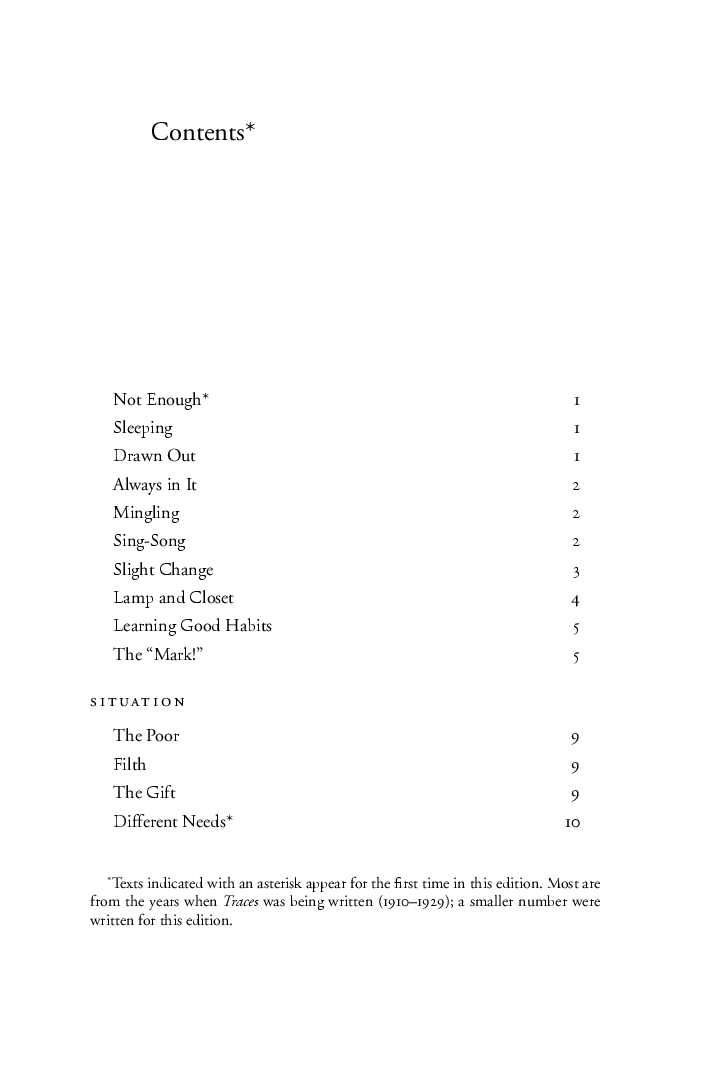