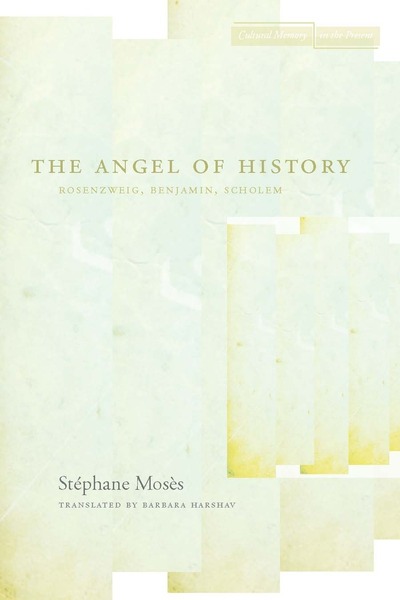 In The Angel of History, Mosès looks at three Jewish philosophers—Franz Rosenzweig, Walter Benjamin, and Gershom Scholem—who formulated a new vision of history in 1920s Germany by moving away from the spirit of assimilation and the Enlightenment belief in humanity's inevitable progress. Instead, they imagined history as discontinuous, made of moments that form no totality but whose ruptures are both more significant—and more promising—than any apparent homogeneity.

Their direct experience of the twentieth century's great upheavals led these three thinkers to abandon the old models of causality that had previously accounted for human experience, and their cultural and religious background allowed them to turn to the Jewish experience of history. Jewish messianism always had to confront the experience of catastrophe, deception, and failure. Mosès shows how this tradition informed a genuine Jewish conception of history in which redemption may—or may not—occur at any moment, giving a new chance for hope by locating utopia in the heart of the present.

The late philosopher and writer Stéphane Mosès emigrated to Israel in 1969, where he became the first head of the German department at the Hebrew University and founded the Franz Rosenzweig Research Center for German-Jewish Literature and Cultural History. He also played a considerable role in the reconstruction of French Judaism after the Shoah.

"Moses examines how and why these three great German Jewish thinkers turned away from conceptions of history that were rooted in the Enlightenment, and formulated a view of messianism informed by Jewish beliefs. . . Recommended for university and special collections."

"Mosès's literary style is a model of clarity, and The Angel of History is an outstanding and important work of scholarship. It is a reliable and highly readable guide to Rosenzweig, Benjamin, and Scholem that gives insight into the structure of early twentieth-century German Jewish thought, especially as it concerns the problem of history. It deserves a large readership not only in academia but beyond."

"With the attentive ear of a literary scholar to the rhetorical texture of texts, the analytical acumen of a philosopher, and the erudition of an intellectual historian, Stéphane Mosès probes the historical consciousness of three of the most seminal figures of German Jewry. Emerging from the trauma of World War One, they questioned the vision of inevitable historical progress. Yet they did not utterly abandon hope in redemption. Evoking the Angel of History who dwells at the dialectical intersection of profane history and messianic time, they continued to affirm the hidden redemptive possibilities of history."

—Paul Mendes-Flohr, The University of Chicago

"The Angel of History: Rosenzweig, Benjamin, Scholem, which first appeared in France in 1992 but has just been published in English by Stanford University Press (in a translation by Barbara Harshav), is a brilliantly lucid introduction to the work of these three figures...The Angel of History offers an introduction to some of the most brilliant and influential Jewish thinkers of the last century. Anyone who is interested in how German Judaism responded, at the highest and most passionate levels, to its imminent destruction should start by reading Stephane Moses." 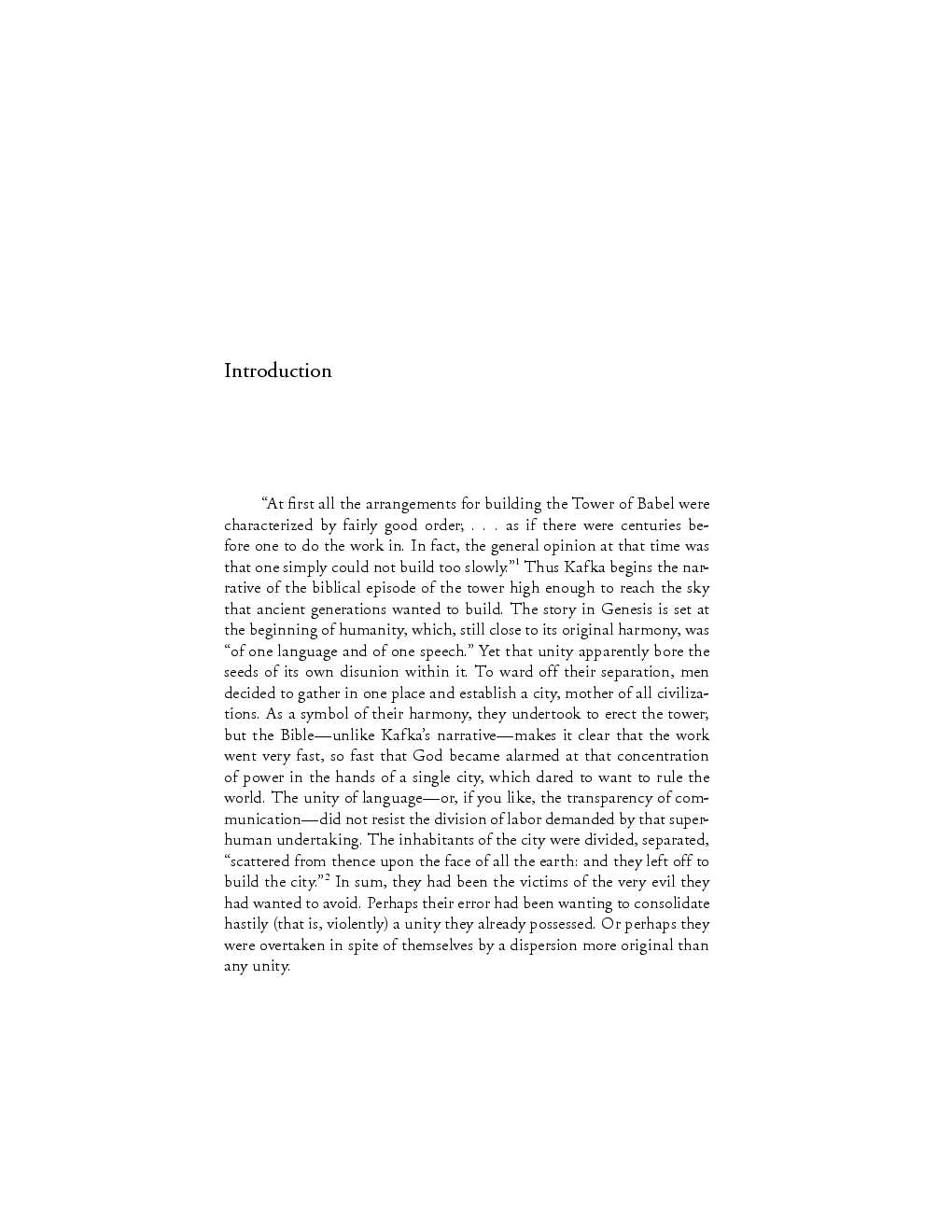 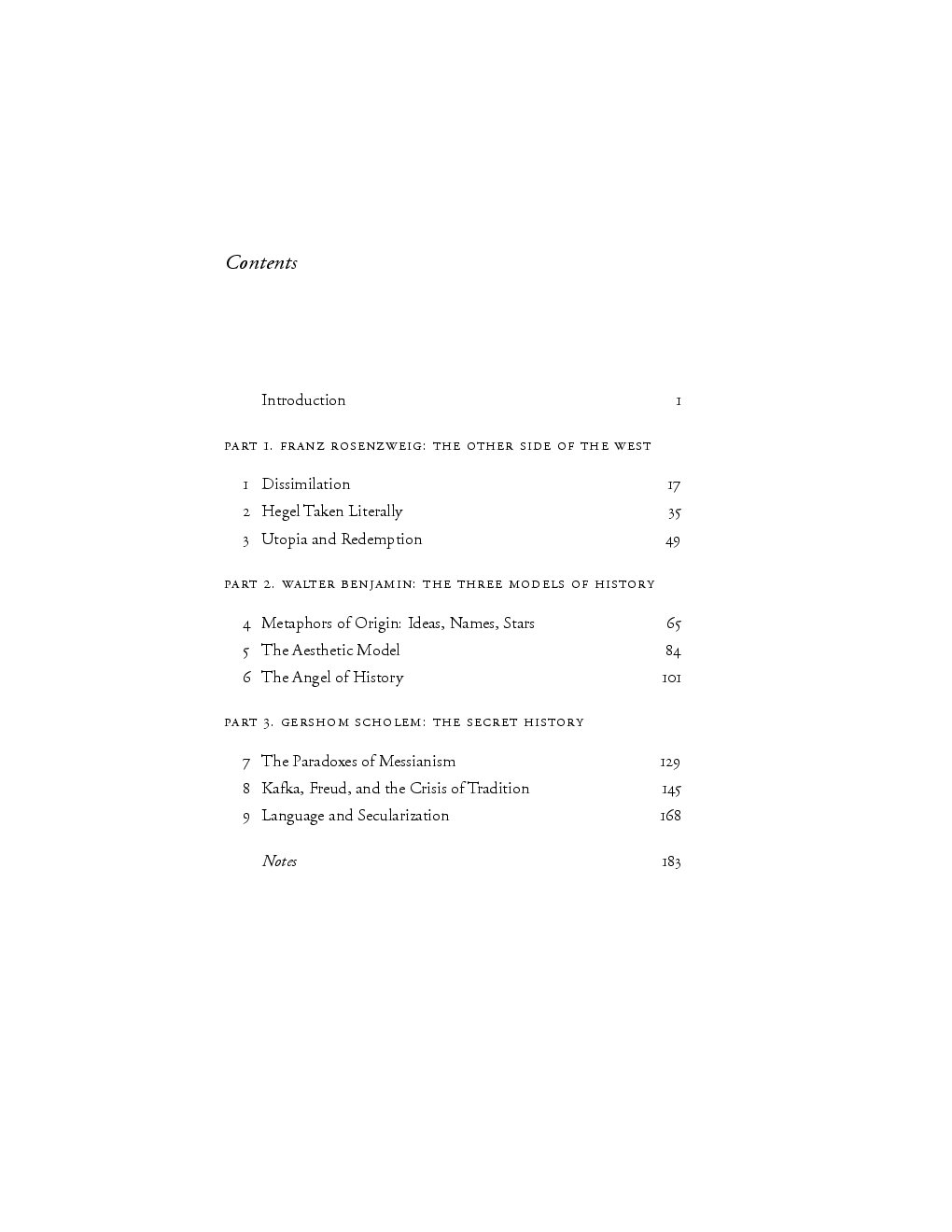