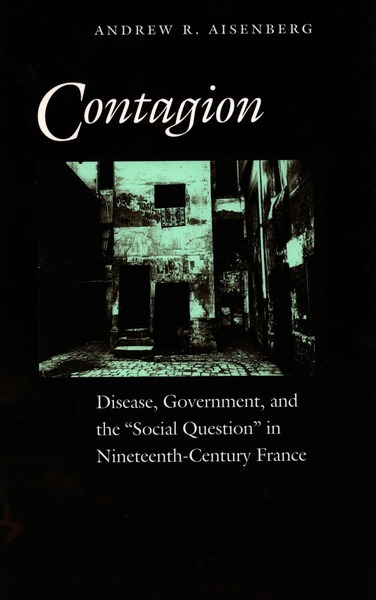 Contagion was a persistent theme in discussions about urban and industrial social problems in nineteenth-century France. From the cholera epidemic of 1832 to the Public Health Law of 1902, contagious disease was associated with poverty by scientists, government administrators, and politicians. They debated the moral, economic, and social causes of disease and sought new and innovative justifications and techniques for regulating the factors associated with disease. In so doing, French scientific and government elites transformed the efforts to explain and prevent contagion into a new way of thinking about social problems in general.

Drawing on the approaches of intellectual and social history and the work of Michel Foucault, the author investigates the intersection of scientific, political, and professional interests that informed perceptions and understandings of contagion in nineteenth-century France. By charting the development of the modern notion of contagion in France—from the highest echelons of scientific research in the Academy of Medicine to the activities of government authorities to the work of neighborhood hygiene commissions in Paris—the author reveals how the preoccupation with disease was mediated by an attempt to expand the possibilities of government intervention into urban and industrial life, especially life among the working poor.

All in all, the book not only offers a more nuanced explanation of how scientific knowledge about disease was produced but also reveals the emergence of science as a form of state social power that significantly extended the scope of government in Republican France.

"A highly thought-provoking contribution, which will surely establish Aisenberg as one of the most creative younger scholars working on the social and cultural history of modern France."