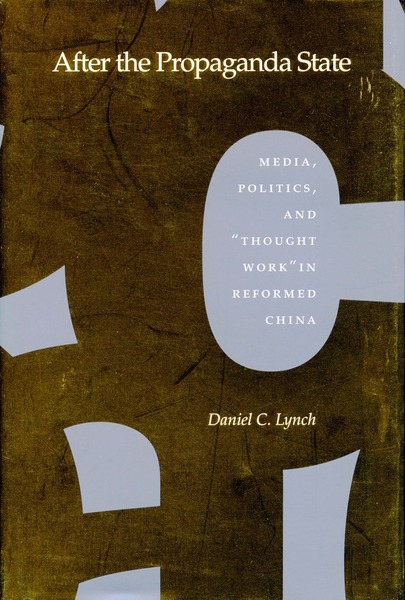 This book argues that a combination of property rights reform, administrative fragmentation, and technological advance has caused the post-Mao Chinese state to lose a significant degree of control over “thought work,” or the management of propagandistic communications flowing into and through Chinese society.

The East Asian economic meltdown of the late 1990’s has reinforced the conviction, derived from Communism’s nearly worldwide collapse a decade earlier, that the only path to sustained prosperity combines an openness to trade and investment with market economies that are minimally impinged upon by state intervention. But, the author argues, the situations in China demonstrates that the political, social, and cultural costs of “reform and opening” are high.

Notably, the construction of culture in China has fallen into the hands of lower-level government administrators, semiautonomous individuals and groups in society, and foreign-based public and private organizations. Contrary to the prevailing neo-liberal wisdom, however, this transformation has not generated a Habermasian public sphere and an autonomous civil society that will lead China inevitably toward democracy. Instead, the immediate result has been “public sphere praetorianism,” a condition in which the construction of culture becomes excessively market-oriented without being directed toward the achievement of public political goals.

The case of China shows that under such conditions, a society is set adrift and rudderless, with its members unable or unwilling to channel their energies toward the resolution of pressing public concerns, and communication flows dissolve into a patternless mosaic. True, the flows are much less constrained by government than ever before—an important precondition for democratization. But the short-term effect is actually an enervating depoliticization—even narcotization—of society, while the state itself paradoxically continues to lose control.

Daniel C. Lynch is Assistant Professor of International Relations at the University of Southern California.

"For anyone who is interested in the development of China's mass media within the last 25 years."