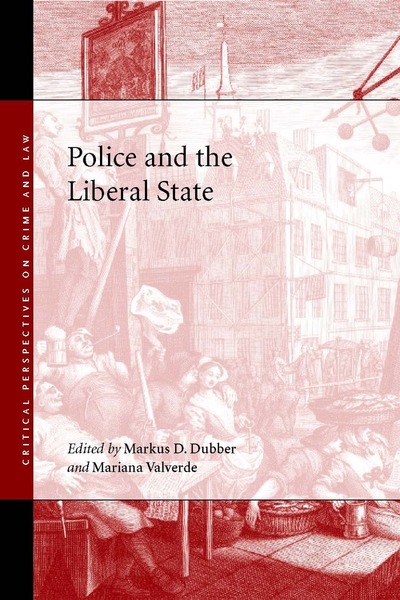 Police and the Liberal State
Edited by Markus D. Dubber and Mariana Valverde
SERIES: Critical Perspectives on Crime and Law

Police and the Liberal State advances a broad interdisciplinary and international project to refocus attention on the scope and function of modern governance through the lens of the police power in its multiple manifestations—from the family to the police station and the prison, and from municipal government to state sovereignty and global security—and techniques—surveillance, control, and licensing, as well as ordinances, regulations, and administrative, constitutional, and criminal law.

In the contributions to this volume, police power emerges as a rich and flexible concept that offers a broader functional context to explain the operation of governmental institutions. The essays reveal connections across the history of government, across systems of government within a particular state, and comparatively, across different states and levels of government. The comprehensive scope and boundless ambition of police power, the very characteristics that rest uneasily with traditional conceptions of the liberal state, make it a uniquely useful platform for interdisciplinary and international inquiries into fundamental questions of government and law.

Markus D. Dubber is Professor of Law and Director, Buffalo Criminal Law Center at SUNY Buffalo School of Law. Mariana Valverde is Professor at the Centre of Criminology, University of Toronto. They are the editors of The New Police Science: The Police Power in Domestic and International Governance (Stanford, 2006).

"Police and the Liberal State adds to the growing new scholarship on police. With its excellent analysis, this significant and original contribution will have a major impact on both law and society."

"This volume provides compelling evidence of both the continued vitality of police power and its complex permutations during different historical periods in the development of American liberalism. Those seeking to understand the problems of governing contemporary American society and in seeking new approaches to classic problems like poverty and crime control will want to read this pathbreaking, cross-disciplinary study." 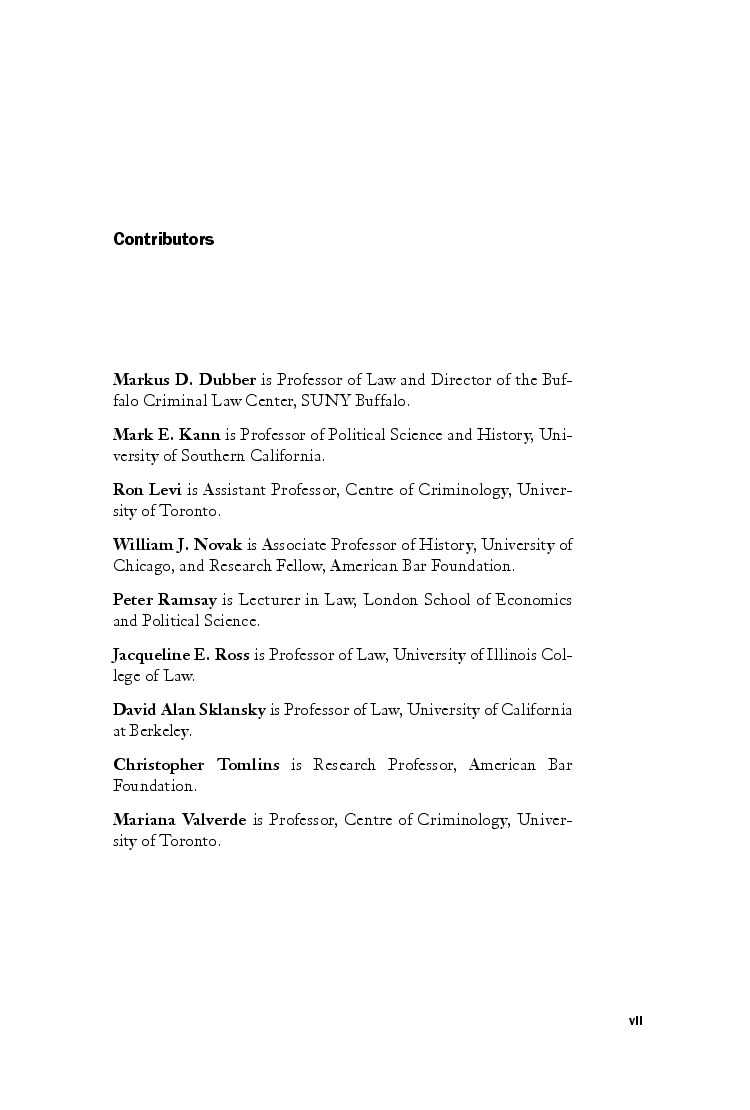 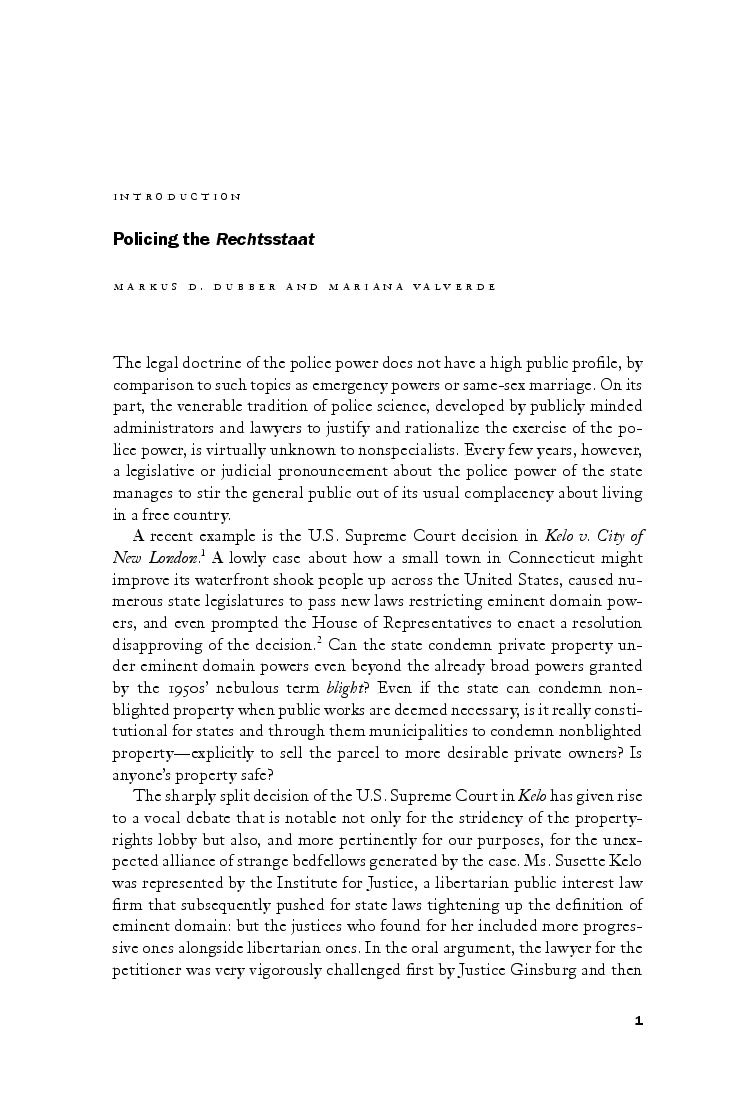 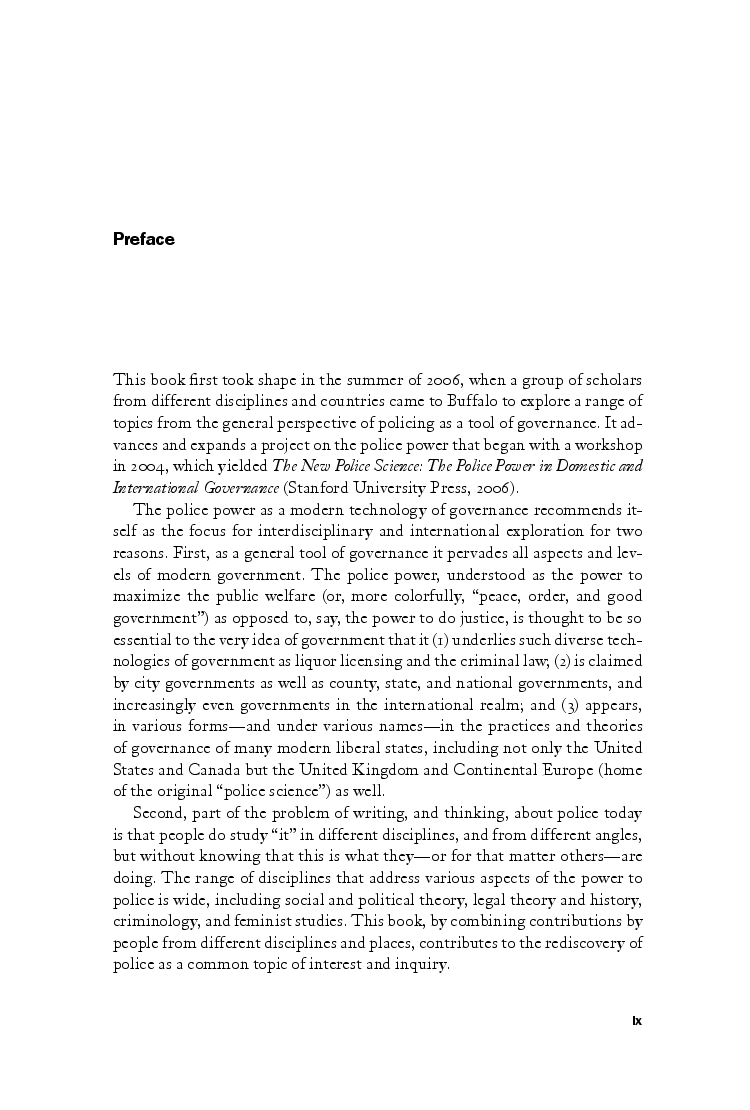 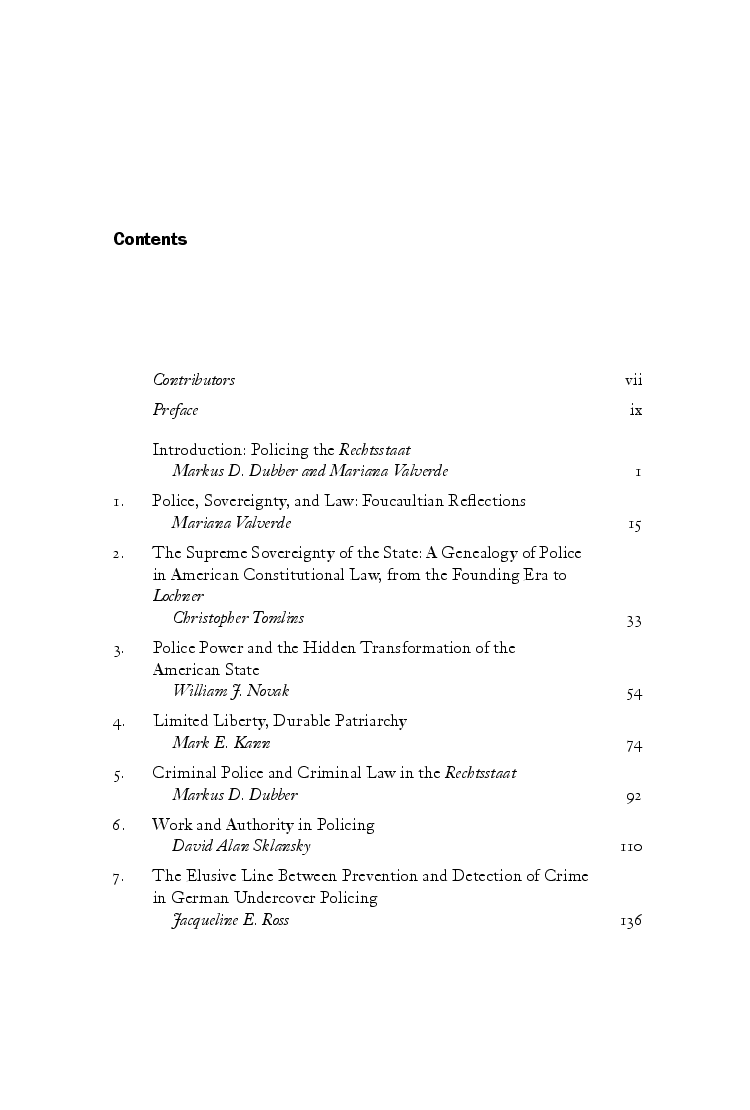