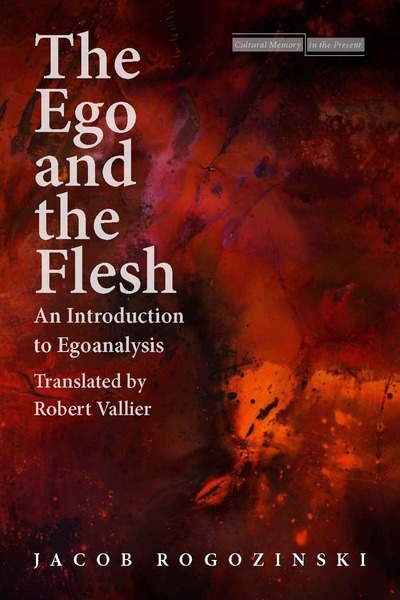 The Ego and the Flesh
An Introduction to Egoanalysis
Jacob Rogozinski Translated by Robert Vallier
SERIES: Cultural Memory in the Present

Is our ego but an illusion, a mere appearance produced by a reality that is foreign to us? Is it the main source of violence and injustice? Jacob Rogozinski calls into question these prejudices that dominate current philosophy, psychoanalysis, and the human sciences. Arguing that we must distinguish the true ego from the alienated and narcissistic construct, he calls for an end to egicide, or the destruction of the ego. Ego and the Flesh offers a critique of the two masters of egicide, Heidegger and Lacan, along with a rereading of Descartes, who was the first to discover the absolute truth of "I am." The book's main purpose, however, is to provide an entirely new theory of the self, egoanalysis, which reveals a divided ego-flesh. Constantly striving to attain unity, the ego-flesh is haunted by a remainder, whose role sheds light on various enigmas: the encounter with the other, the passage from hate to love, the death and the resurrection of the I. For ego-analysis is no mere theory: it opens the way to our deliverance.

"[C]aptivating and thought-provoking . . . The book truly manages not merely to ask the question 'Who am I?' but also brilliantly answers it. Its most important politico-philosophico-psychoanalytic message is that the ego that opts for truth is the ego that does not give up its freedom, that is able to free itself of hatred . . . All in all, the book is an impressive journey into the truth of the ego, that is, into my flesh and body. Robert Vallier's translation is superb. There are many complicated and ambiguous French phrases and words, whose nuances Vallier has managed to preserve in a convincing way. One reads (aloud) his translation with pleasure."

"Wo Ich war, soll Ich werden: Where I was, I must become myself. Jacob Rogozinski's provocative reformulation of Freud encapsulates this book's fundamental insight, namely, that every ego – every me – must invent itself. In advancing this thesis, Rogozinski argues against philosophers who have tried to commit egocide. His principal targets are Heidegger and Lacan, but he could just as easily have picked any of the major post-idealist philosophers of the twentieth century. Like Descartes and Husserl, Rogozinski begins from the egological (not ontological) difference between I and everything else. This leads him to oppose Heidegger's reduction of the ego to being-in-the-world and Lacan's characterization of the ego as essentially and irremediably alienated. He goes beyond Descartes and Husserl by offering a richly textured ego-analysis that discloses the specific manner in which the boot-strapping ego constitutes itself as the I that it is destined to become. Unlike Michel Henry, from whom he has learned much, Rogozinski does not equate the life of the ego with the life of the divine; instead, he focuses on the concrete manner in which his life – or mine, or yours – performs its fleshly self-generation. To vary another famous German thinker's famous phrase, The Ego and the Flesh is Rogozinski's Ecce Ego: How I Become What I Am. It has much to teach all of us."

"Against the grain of contemporary deconstructions of the subject, Jacob Rogozinski argues brilliantly for a return to 'the truth of the ego.' He develops an original egoanalysis that reveals an intermittent, incarnate and chiasmatic ego, or 'ego-flesh.' His is an impressive achievement, one that will raise anew the irreducible question to which philosophy must always return: 'Who am I?'"

"Perhaps the major presumption of 20th-century thought was that the subject, particularly the Cartesian ego, had to be subjected to 'egicide.' It is precisely this ego that Rogozinski sets out to defend in this fascinating book. What is suggestively introduced here is the concept of egoanalysis that is not based on some disembodied self, but on what Rogozinski calls 'the ego-flesh.'" 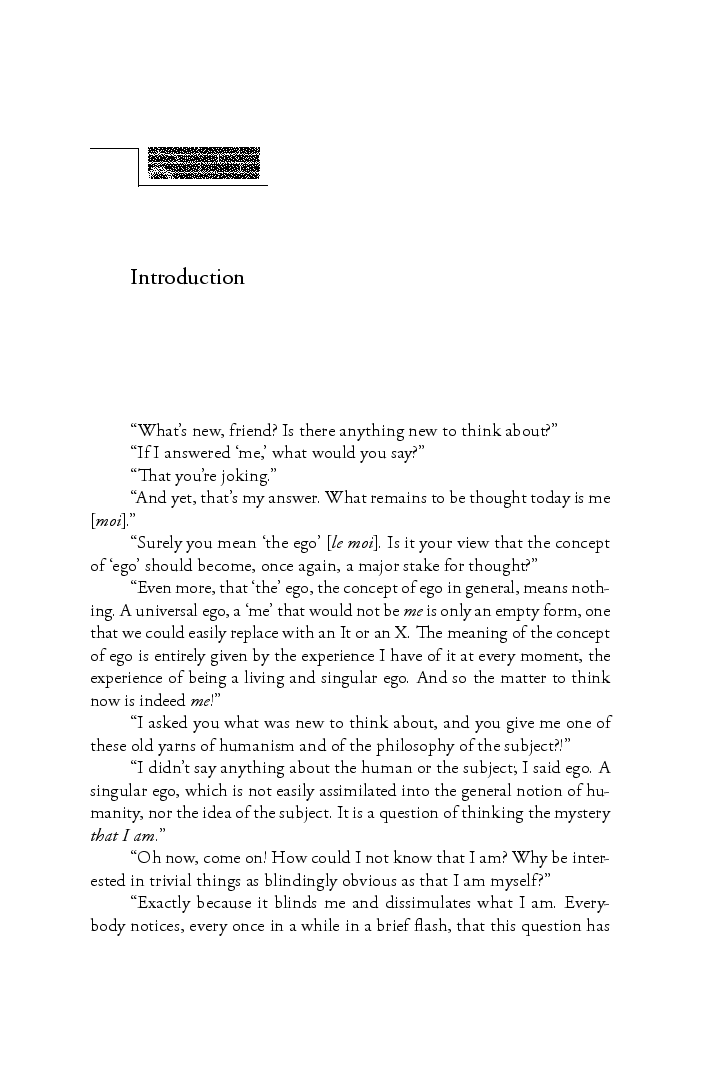 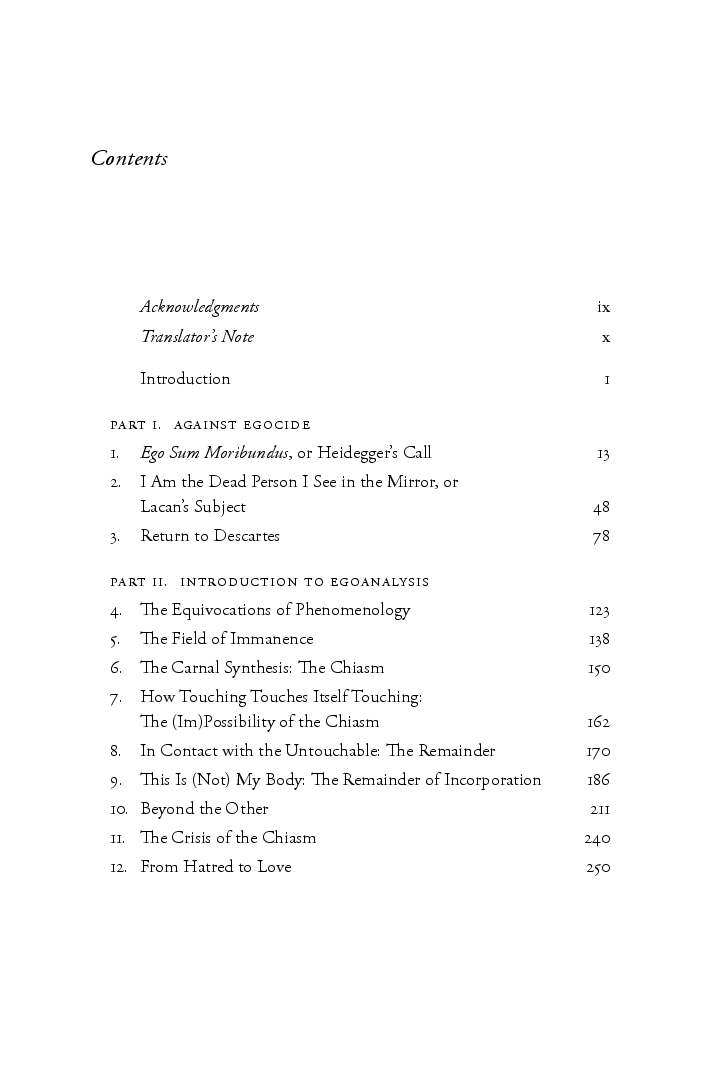