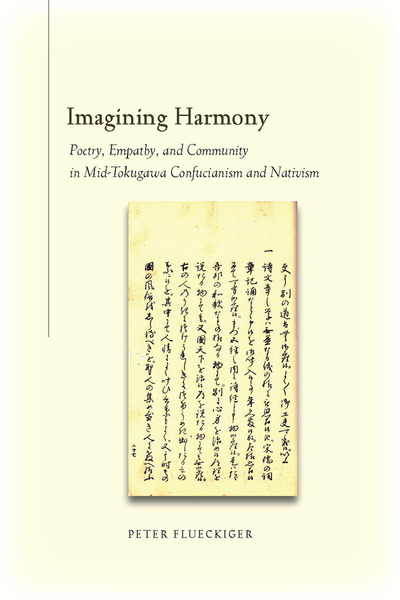 Many intellectuals in eighteenth-century Japan valued classical poetry in either Chinese or Japanese for its expression of unadulterated human sentiments. They also saw such poetry as a distillation of the language and aesthetic values of ancient China and Japan, which offered models of the good government and social harmony lacking in their time. By studying the poetry of the past and composing new poetry emulating its style, they believed it possible to reform their own society. Imagining Harmony focuses on the development of these ideas in the life and work of Ogyu Sorai, the most influential Confucian philosopher of the eighteenth century, and that of his key disciples and critics.

This study contends that the literary thought of these figures needs to be understood not just for what it has to say about the composition of poetry but as a form of political and philosophical discourse. Unlike other scholars of this literature, Peter Flueckiger argues that the increased valorization of human emotions in eighteenth-century literary thought went hand in hand with new demands for how emotions were to be regulated and socialized, and that literary and political thought of the time were thus not at odds but inextricably linked.

Peter Flueckiger is Associate Professor of Japanese at Pomona College.

"[I]nsightful . . . This meticulously researched and carefully edited volume is a valuable contribution to our understanding of the eighteenth century and its legacy. The arguments are laid out clearly in a jargon-free manner accessible to nonspecialists, for whom the study will doubtless also have great appeal."

"The book is a superb contribution to our understanding of eighteenth-century poetics and the place of poetry in creating community as imagined by an array of the age's most accomplished thinkers. Flueckiger has provided an important corrective to the Maruyama thesis and has challenged the accepted wisdom of a shelfful of other secondary scholarship in both English and Japanese. This likely makes Imagining Harmony the most important piece of English-language scholarship on either Tokugawa Confucianism or nativism published in the last decade."

"This work will undoubtedly and immediately emerge as a fresh starting point for studies of both literary and sociopolitical thought in Tokugawa Japan. The scholarship is careful, grounded in sound theory, and bold in its revision of long-held interpretations."

"The sophistication, accessibility, subtlety, and clarity of Flueckiger's analysis makes for a valuable contribution to the literary and intellectual history of early modern Japan. His exploration of the relationship of poetry to music will be fresh to Western readers, and his treatment of Hattori Nankaku and Dazai Shundai, still both understudied outside Japan, will also be welcomed by specialists." 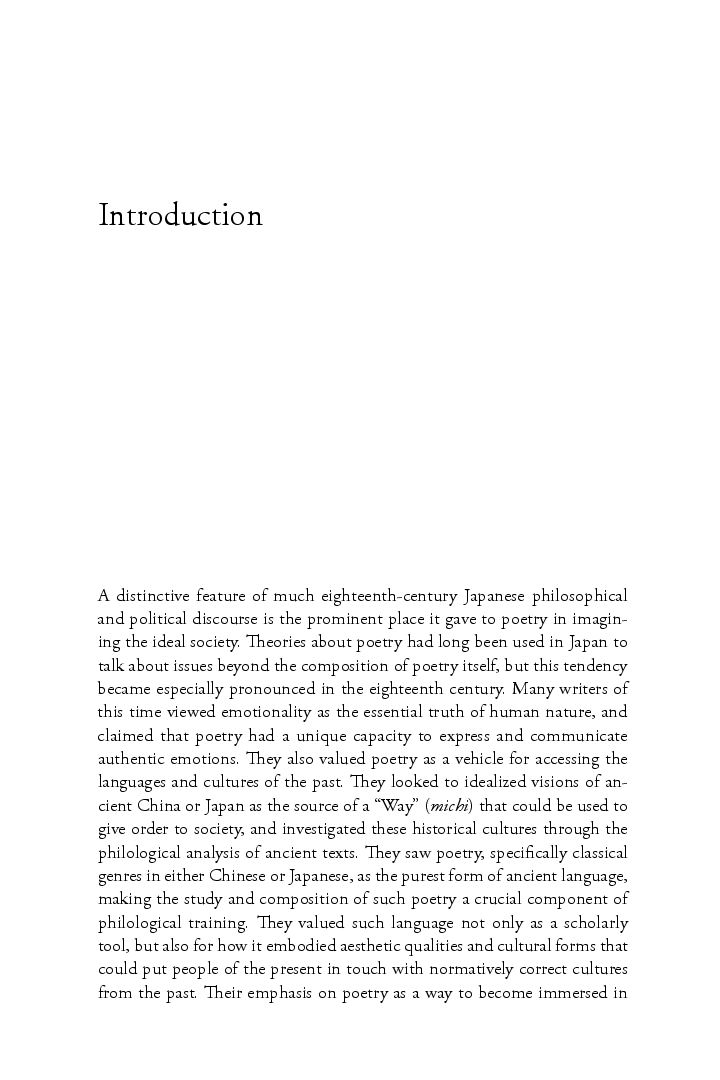 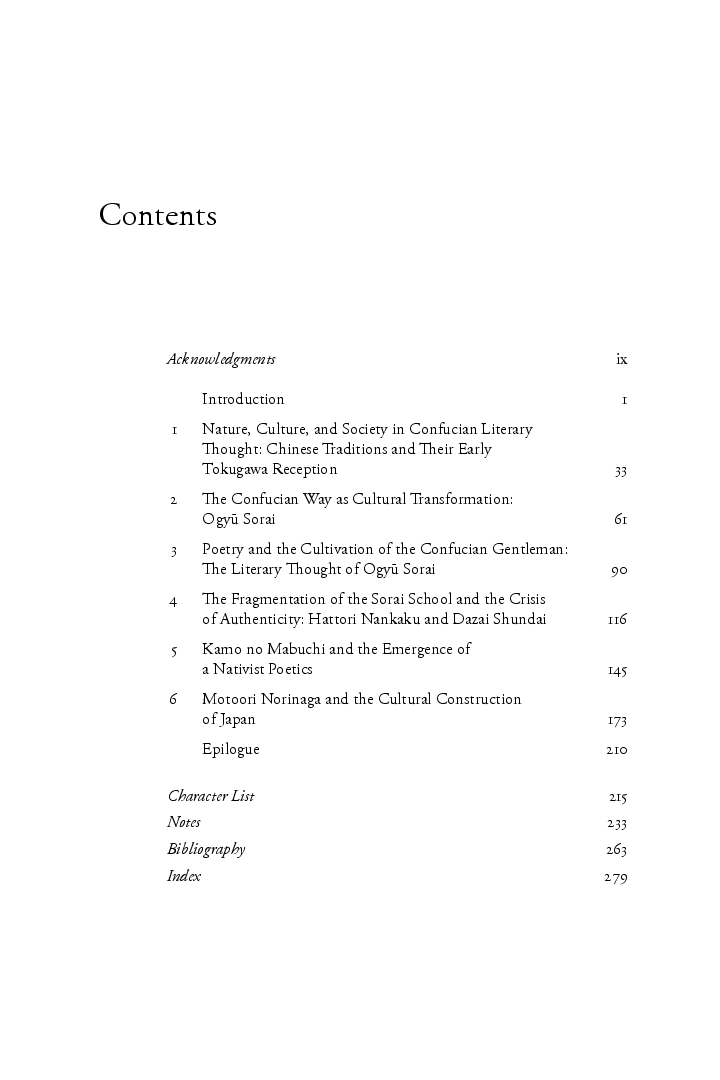