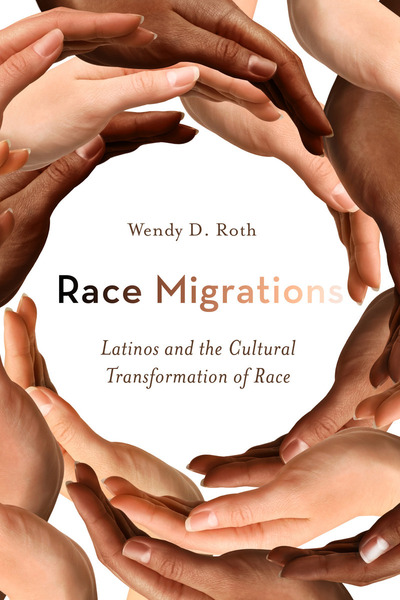 Winner of the 2015 Isis Duarte Prize in Dominican, Haitian, or Dominican-Haitian Transnational Studies, sponsored by the LASA Haiti-Dominican Republic Section.

Honorable Mention in the 2014 Eduardo Bonilla-Silva Outstanding Book Award, sponsored by the Society for the Study of Social Problems.

In this groundbreaking study of Puerto Rican and Dominican migration to the United States, Wendy D. Roth explores the influence of migration on changing cultural conceptions of race—for the newcomers, for their host society, and for those who remain in the countries left behind. Just as migrants can gain new language proficiencies, they can pick up new understandings of race. But adopting an American idea about race does not mean abandoning earlier ideas. New racial schemas transfer across borders and cultures spread between sending and host countries.

Behind many current debates on immigration is the question of how Latinos will integrate and where they fit into the U.S. racial structure. Race Migrations shows that these migrants increasingly see themselves as a Latino racial group. Although U.S. race relations are becoming more "Latin Americanized" by the presence of Latinos and their views about race, race in the home countries is also becoming more "Americanized" through the cultural influence of those who go abroad. Ultimately, Roth shows that several systems of racial classification and stratification co-exist in each place, in the minds of individuals and in their shared cultural understandings of "how race works."

Wendy Roth is Assistant Professor of Sociology at the University of British Columbia. She is coauthor of Rampage: The Social Roots of School Shootings (2004).

"This insightful ethnographic study of Puerto Ricans and Dominicans provides important clarifications regarding the nature of racial orders in the United States and the Hispanic Caribbean . . . The central contribution of the book is clear. Roth provides a useful conceptual framework for better understanding racial identity and classification . . . The book does well to describe each schema in detail, providing a clear rationale for why each constitutes a specific schema and why her informants use each . . . This book will . . . provoke instructive debates in classrooms and between forthcoming papers and studies, both theoretical and empirical."

"This is a transformative book that moves the discussion of 'race' to another (fascinating) level. Well researched, with extensive notes to each chapter, and with a clear research design, the work focuses on the question how immigration affects the way people—both in the receiving and the sending countries—think about race and classify themselves and others."

"In this well-excuted project, Roth is attentive to the interconnections between the macro and micro, such as how governmental policy, institutions, and people's everyday use of terms affect conceptions of race. . . A strong addition to scholarship, this book will be most useful to scholars and graduate students of race and ethnicity, migration, and American, Latino, and Latin American Studies."

"Roth's superb study transcends the existing literature on migration and race by demonstrating how concepts of race and ethnicity are continually refashioned in a transnational space. Migrants maintain, adopt, and strategically utilize different racial schemas in constant reference to both their countries of origin and settlement. All future studies of how race 'travels' will have to engage the analysis presented here."

"Anyone who believes that the American racial structure is characterized by unmovable white/black boundaries should read this book. Roth deftly analyzes the transformation of identification and categorization systems that have accompanied the accelerated immigration of Puerto Ricans and Dominicans in the United States, as well as the consolidation of a Latino identity on our shores and abroad. She parses out how new and different schemas are diffused at the micro level across classes. She also uses the tools of cultural sociology to significantly advance our understanding of the dynamics between ethnically and racially-based symbolic and social boundaries. The result is a dynamic and multidimensional analysis of processes of boundary work which should have a considerable impact on the field of immigration, race and ethnicity and on the study of transnationalism."

—Michèle Lamont, Harvard University, author of The Dignity of Working Men: Morality and the Boundaries of Race, Class, and Immigration

"Wendy Roth's Race Migrations is rich with insights about one of the great puzzles of contemporary immigration-the impacts of immigration on racial systems and of racial systems on immigrants. With scrupulous research and brisk writing, she traces the transportation and mutation of racial concepts in both directions between origin and destination societies."

"Wendy Roth has produced an important book on how Dominicans and Puerto Ricans transform their own understandings of race with immigration to the United States and, in the process, also transform American racial realities. In addition, our understanding of race as culture reaches a new level in Roth's insightful analysis."

—Edward Telles, Princeton University, author of Race in Another America 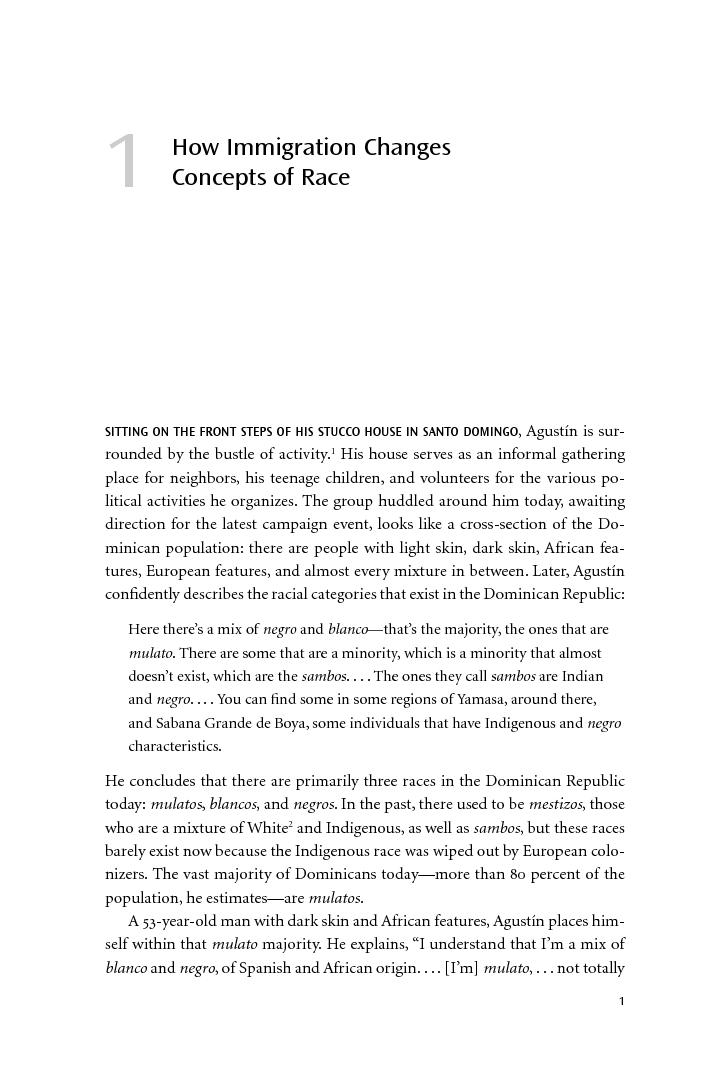 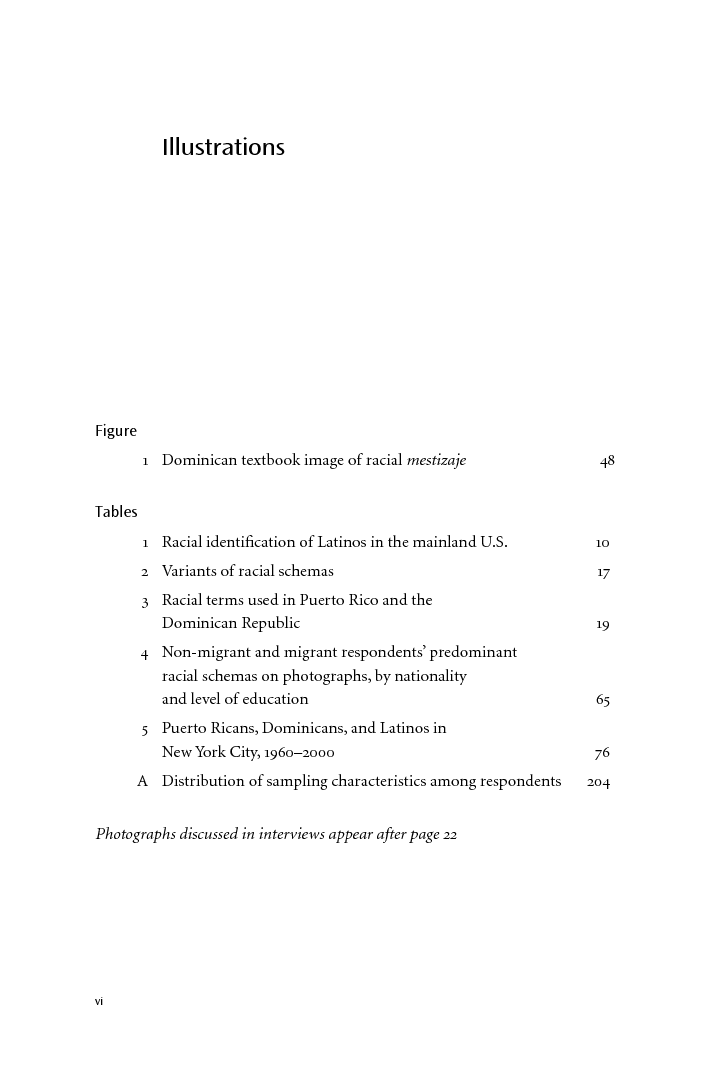 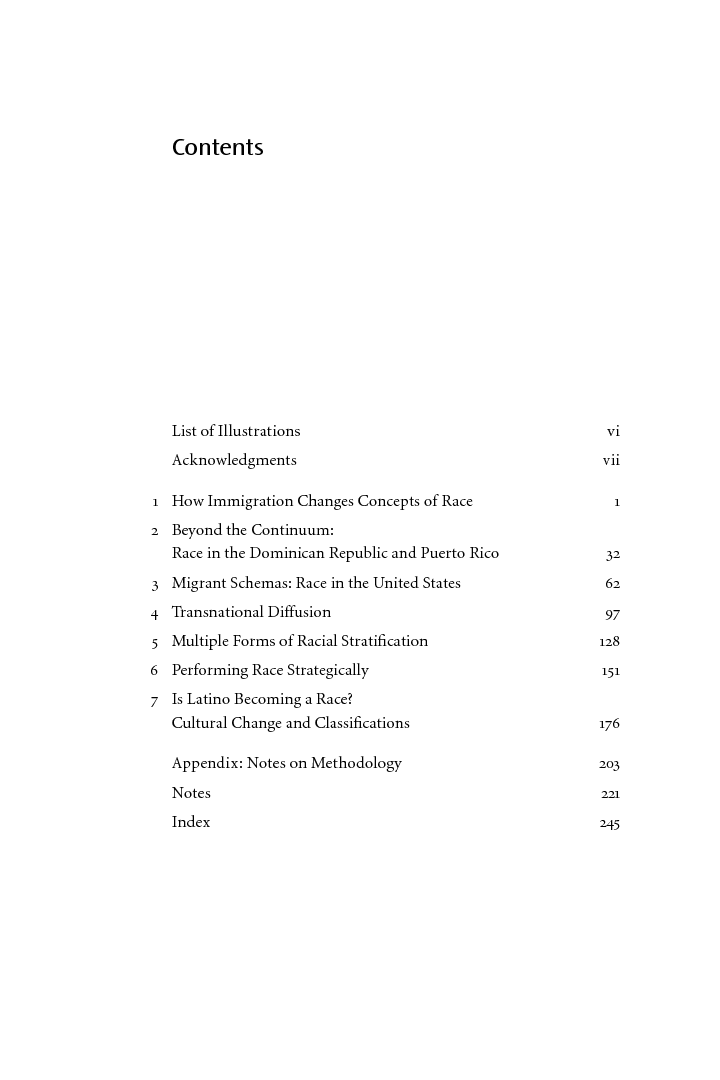