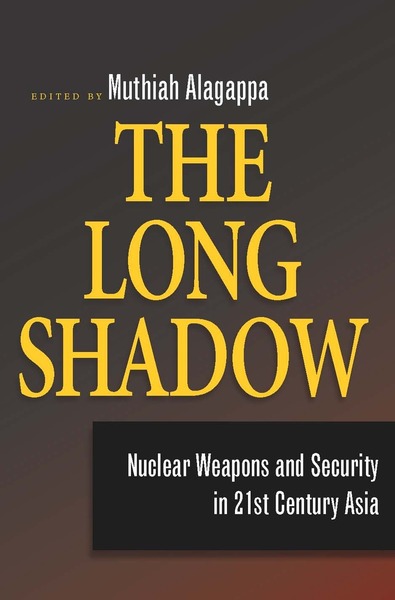 The Long Shadow is the first comprehensive, systematic examination of the roles and implications of nuclear weapons in the dramatically different post–Cold War security environment. Leading experts investigate the roles and salience of nuclear weapons in the national security strategies of twelve countries and the ASEAN states, and their implications for security and stability in a broadly defined Asian security region that includes the Middle East. The study also investigates the prospects for nuclear terrorism in Asia.

A chief conclusion of the study is that nuclear weapons influence national security strategies in fundamental ways and that deterrence continues to be the dominant role and strategy for the employment of nuclear weapons. Offensive and defensive strategies may increase in salience but will not surpass the deterrence function. Another major conclusion is that although there could be destabilizing situations, on balance, nuclear weapons have reinforced security and stability in the Asian security region by assuaging national security concerns, strengthening deterrence and the status quo, and preventing the outbreak and escalation of major hostilities.

As nuclear weapons will persist and cast a long shadow on security in Asia and the world, it is important to reexamine and redefine "old" ideas, concepts, and strategies as well as develop "new" ones relevant to the contemporary era. In line with this, the global nuclear order should be constructed anew based on present realities.

Muthiah Alagappa is Distinguished Senior Fellow at the East-West Center. He is the editor of several volumes on Asian security, including Asian Security Order: Instrumental and Normative Features (Stanford, 2003).

"This book is the latest in a distinguished series of publication on aspects of the Asian security order."

"Alagappa's edited volume is a veritable tour de force of this complex subject—the long shadow cast by the nuclear weapon—and how it is perceived in the national security strategy of individual states in the extended Asian context. It is instructive that the study includes both the U.S. and Russia—the latter being the inheritor of the Soviet nuclear mantle—as part of the Asian nuclear matrix."

"I know of no other book about nuclear weapons and international security produced since the end of the Cold War that has the breadth of The Long Shadow. It combines a reconsideration of key strategic concepts and policies with a remarkably comprehensive survey of countries from the Middle East through East Asia whose nuclear status, aspirations, or potential will shape the Asian security order in the twenty-first century."

"An important book in understanding the roles and implications of nuclear weapons in a new strategic era. A remarkable panel of authors presents a penetrating, clearly written analysis and prognosis of nuclear weapons in the national security strategies of twelve nations in the broadly defined Asian region that includes the Middle East with key historical and comparative insights offered by the editor. Every reader will find a wealth of history and interpretation that is available for the first time."

"Like Alagappa's earlier volumes, this book is a major contribution to understanding Asian security. There is nothing like it in scope or quality on the subject of nuclear weapons in Asia. Virtually every country in Asia is analyzed from a common perspective. The editor's analytical chapters are original and provocative."

"A well-rounded, comprehensive analysis of the roles and implications of nuclear weapons in the Asian security region. In light of the growing importance of Asian security issues, this book will be a valuable resource." 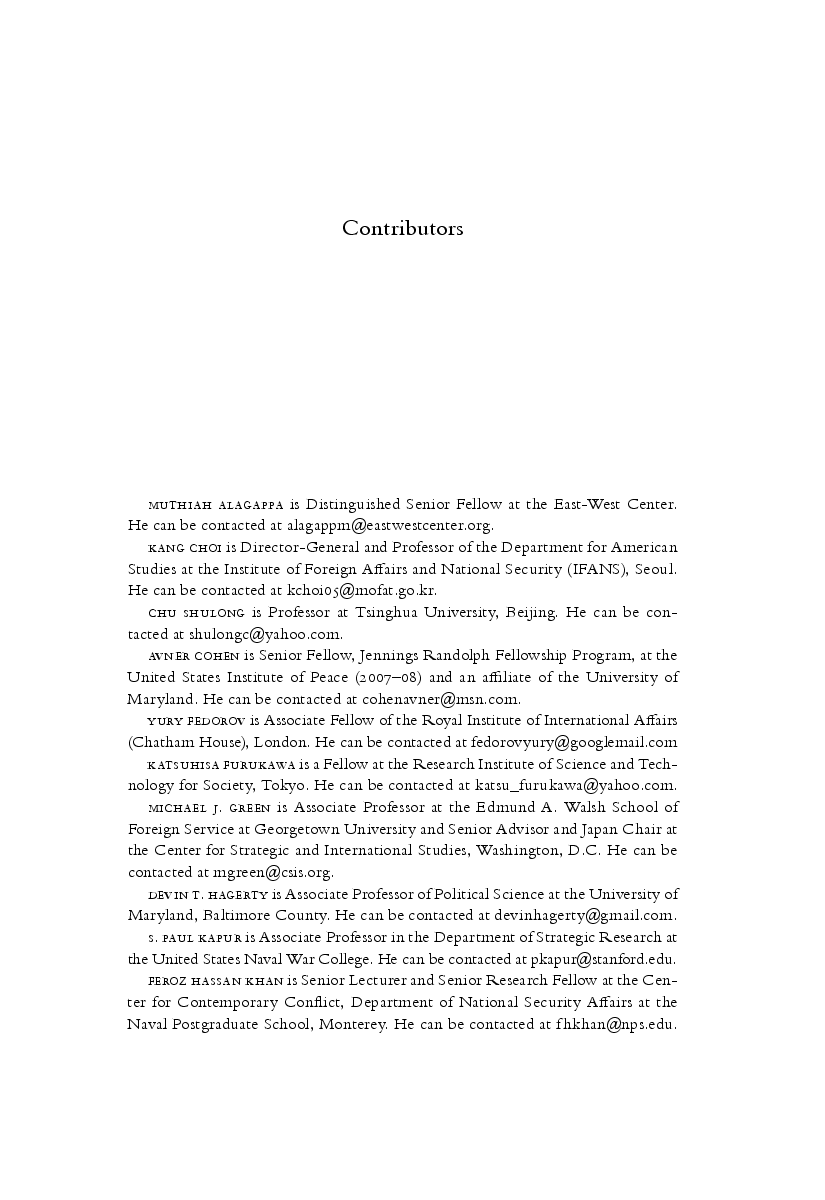 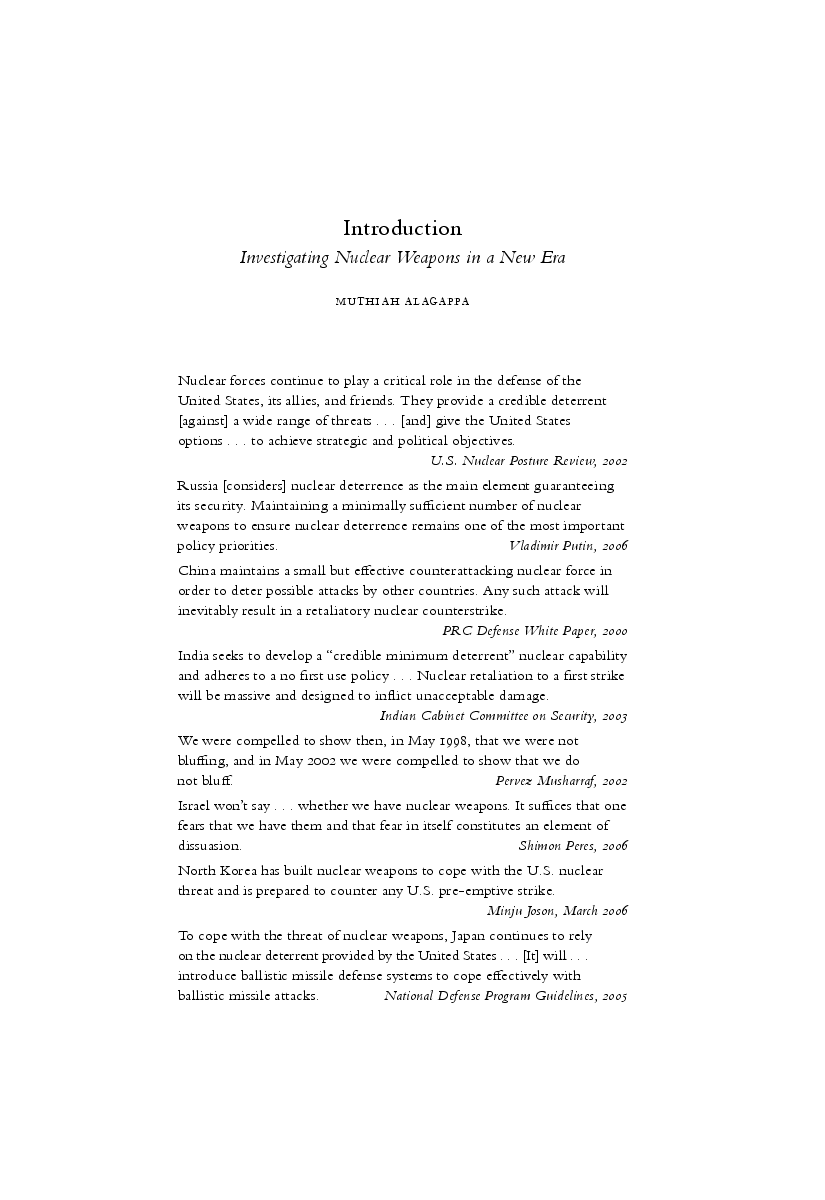 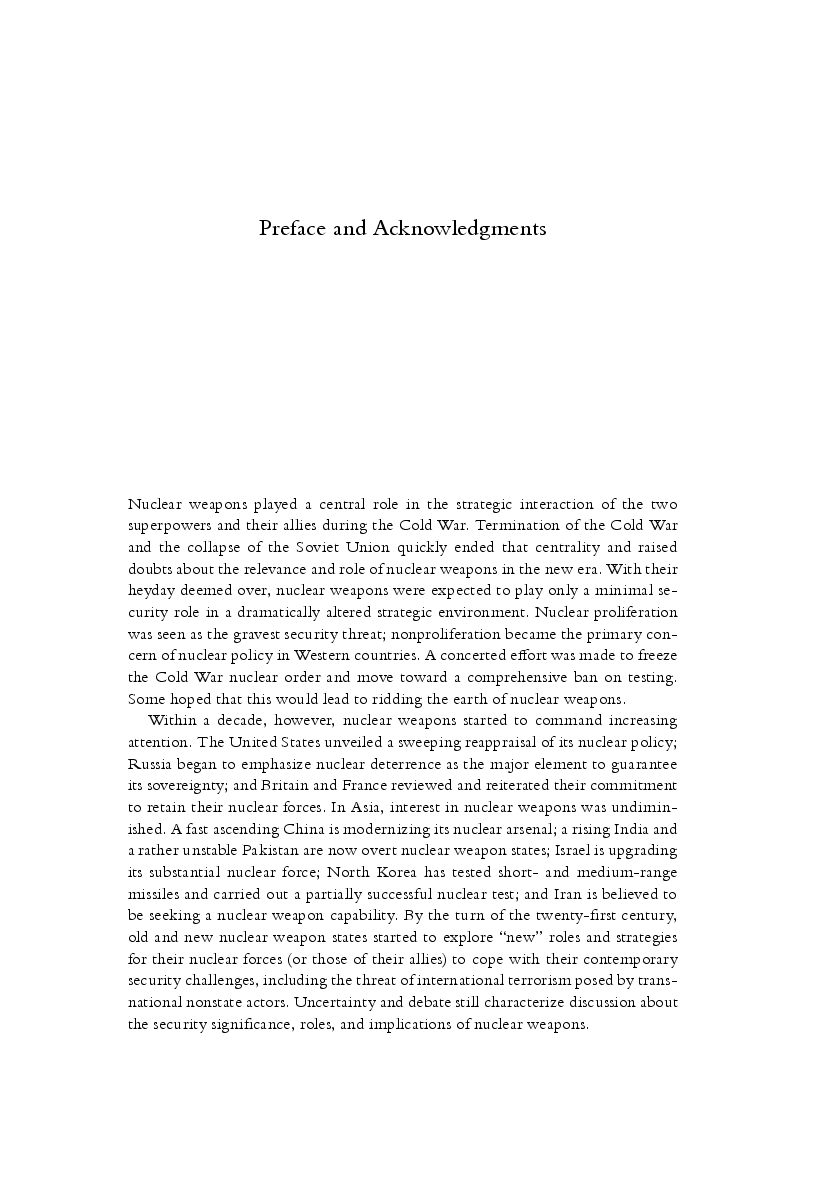 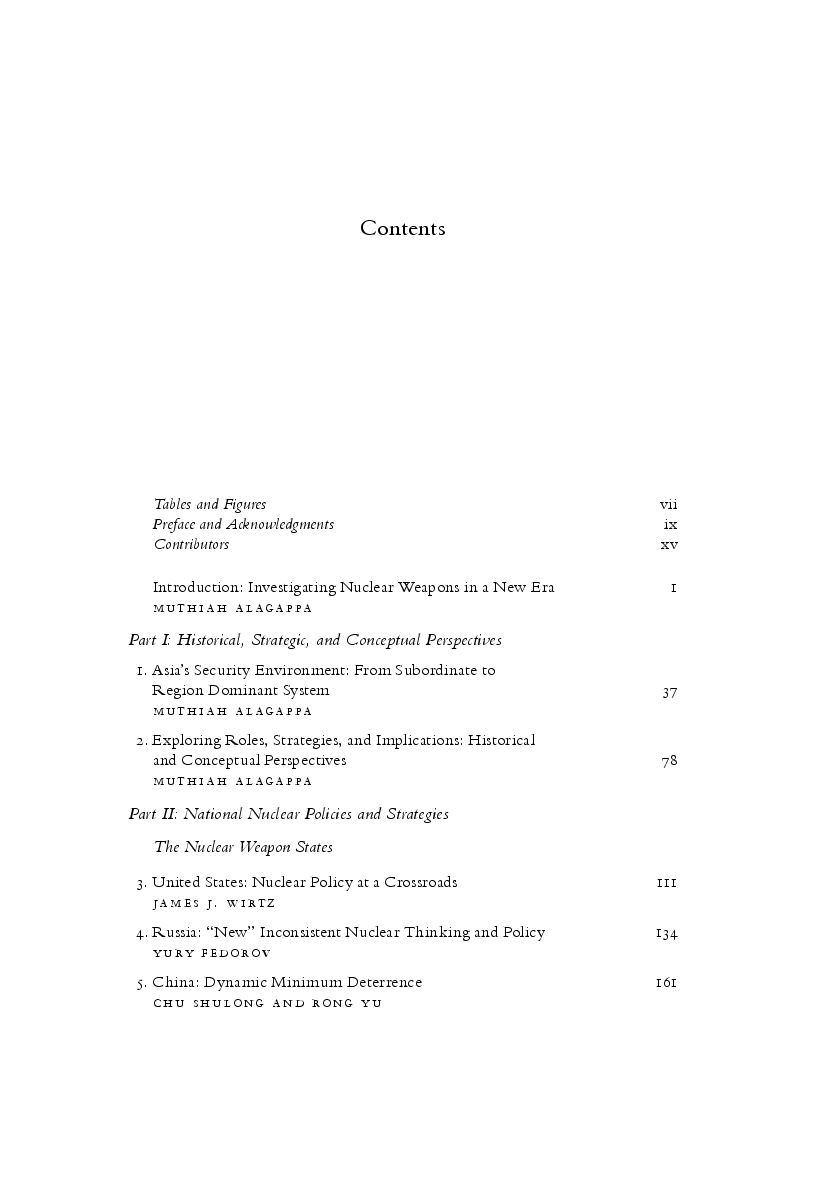 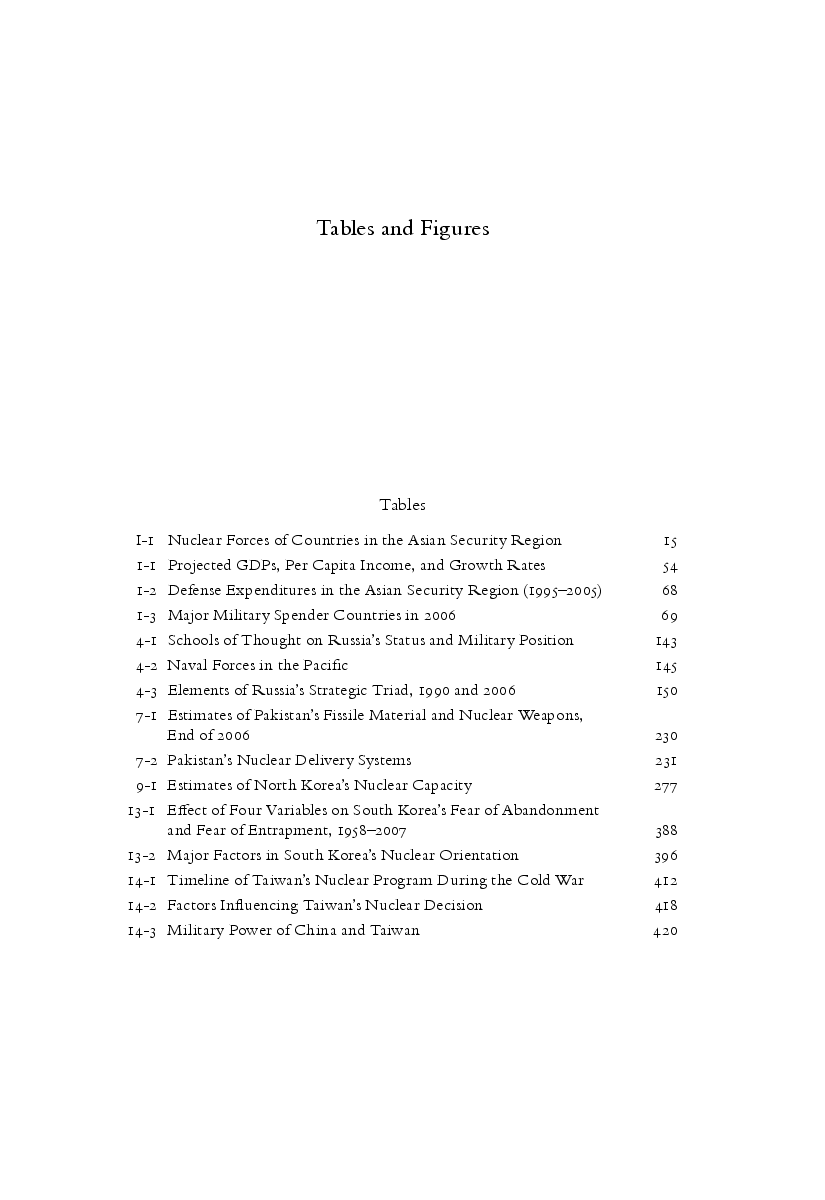