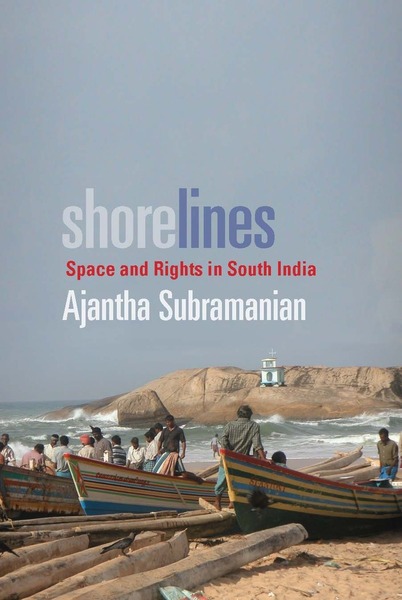 After a clerical sanction prohibited them from fishing for a week, a group of Catholic fishers from a village on India's southwestern coast took their church to court. They called on the state to recognize them as custodians of the local sea, protect their right to regulate trawling, and reject the church's intermediary role.

In Shorelines, Ajantha Subramanian argues that their struggle requires a rethinking of Indian democracy, citizenship, and environmentalism. Rather than see these fishers as non-moderns inhabiting a bounded cultural world, or as moderns wholly captured by the logic of state power, she illustrates how they constitute themselves as political subjects. In particular, she shows how they produced new geographies—of regionalism, common property, alternative technology, and fisher citizenship—that underpinned claims to rights, thus using space as an instrument of justice. Moving beyond the romantic myth of self-contained, natural-resource dependent populations, this work reveals the charged political maneuvers that bound subalterns and sovereigns in South Asia.

In rich historical and ethnographic detail, Shorelines illuminates postcolonial rights politics as the product of particular histories of caste, religion, and development, allowing us to see how democracy is always "provincial."

Ajantha Subramanian is Associate Professor of Anthropology and of Social Studies at Harvard University.

"This book is more than important: it is unique and path-breaking. Evocative of its place and time, it reveals the coast of India and, by implication, other coastal sites in Asia as a landscape of negotiations for livelihood rights. In avid focus, Subramanian calls attention to a community's capacity to mobilize their in-between positionality for political ends."

"Shorelines boldly invites discussion of how social and political spaces are produced, what space does to political and social relations, and how people in fishing communities think about the relationship between water and land. It will produce a significant and lasting impact." 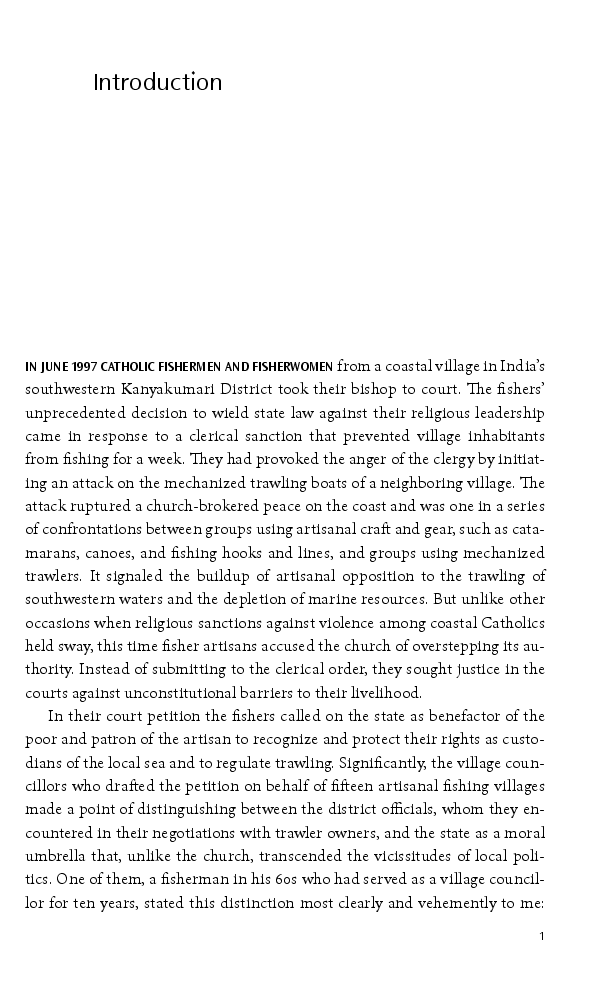 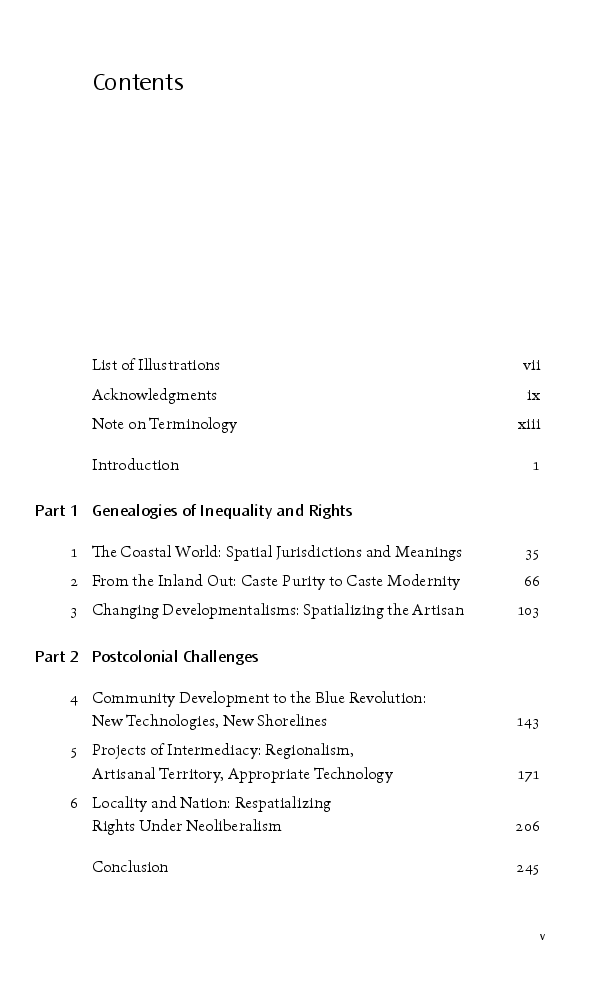