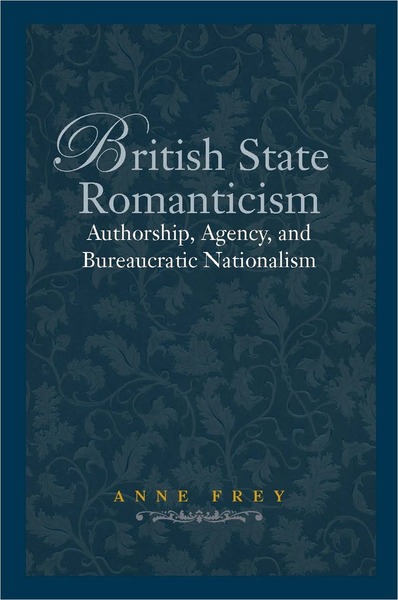 British State Romanticism contends that changing definitions of state power in the late Romantic period propelled authors to revisit the work of literature as well as the profession of authorship. Traditionally, critics have seen the Romantics as imaginative geniuses and viewed the supposedly less imaginative character of their late work as evidence of declining abilities. Frey argues, in contrast, that late Romanticism offers an alternative aesthetic model that adjusts authorship to work within an expanding and bureaucratizing state. She examines how Wordsworth, Coleridge, Austen, Scott, and De Quincey portray specific state and imperial agencies to debate what constituted government power, through what means government penetrated individual lives, and how non-governmental figures could assume government authority. Defining their work as part of an expanding state, these writers also reworked Romantic structures such as the imagination, organic form, and the literary sublime to operate through state agencies and to convey membership in a nation.

"British State Romanticism provides a much-needed reassessment of the literary efforts of the late Romantics, and is essential reading for all scholars of Romanticism. . . Frey makes a valuable contribution to our readings of Romantic novel and nation, suggesting that prose fiction in this period has an important part to play in this exploration of the role and function of the nineteenth-century British state."

—The Year's Work in English Studies

"[W]hat [Frey's] careful readings brilliantly draw our attention to are the different ways in which these texts highlight the power of a particular institution and make the state, rather than the author, the primary producer of national identity . . . [An] intelligent challenge to long-held views about Romantic nationalism."

"[British State Romanticism] is marked by carefully worked-out readings that illuminate the interplay between the idea of the state and textual detail . . . One already knows that these authors supported some version of the British Establishment, but Frey helps one see that—particularly in the cases of Scott, Austen, and De Quincey—their conservatism is not especially nostalgic or Burkean."

"British State Romanticism is an audacious book, one I welcome for its inventive account of the conservative turn taken by some Romantic writers during the Regency . . . Deserve[s] praise for offering a convincing reformulation of later Romantic conservative culture."

"This book is a very well-argued, timely, and original intervention into debates over the late conservatism of the British Romantics. Frey accounts in a new way for the weakening of High Romantic poetics, arguing that British Romanticism used literary art to construct a conceptually coherent, conservative project: the reconfiguration of the individual's relationship to the state. British State Romanticism is a path-breaking contribution to the field."

"The idea of 'bureaucratic nationalism' is an intriguing one, and Frey develops it persuasively. Her argument is grounded in solid historical scholarship and an adroit use of the conceptual tools of political science and specialized studies of British government and the professions. Frey moves confidently across genres and genders and proves the worth of her perspective by the consistent fruitfulness of what it reveals in the seemingly different authors." 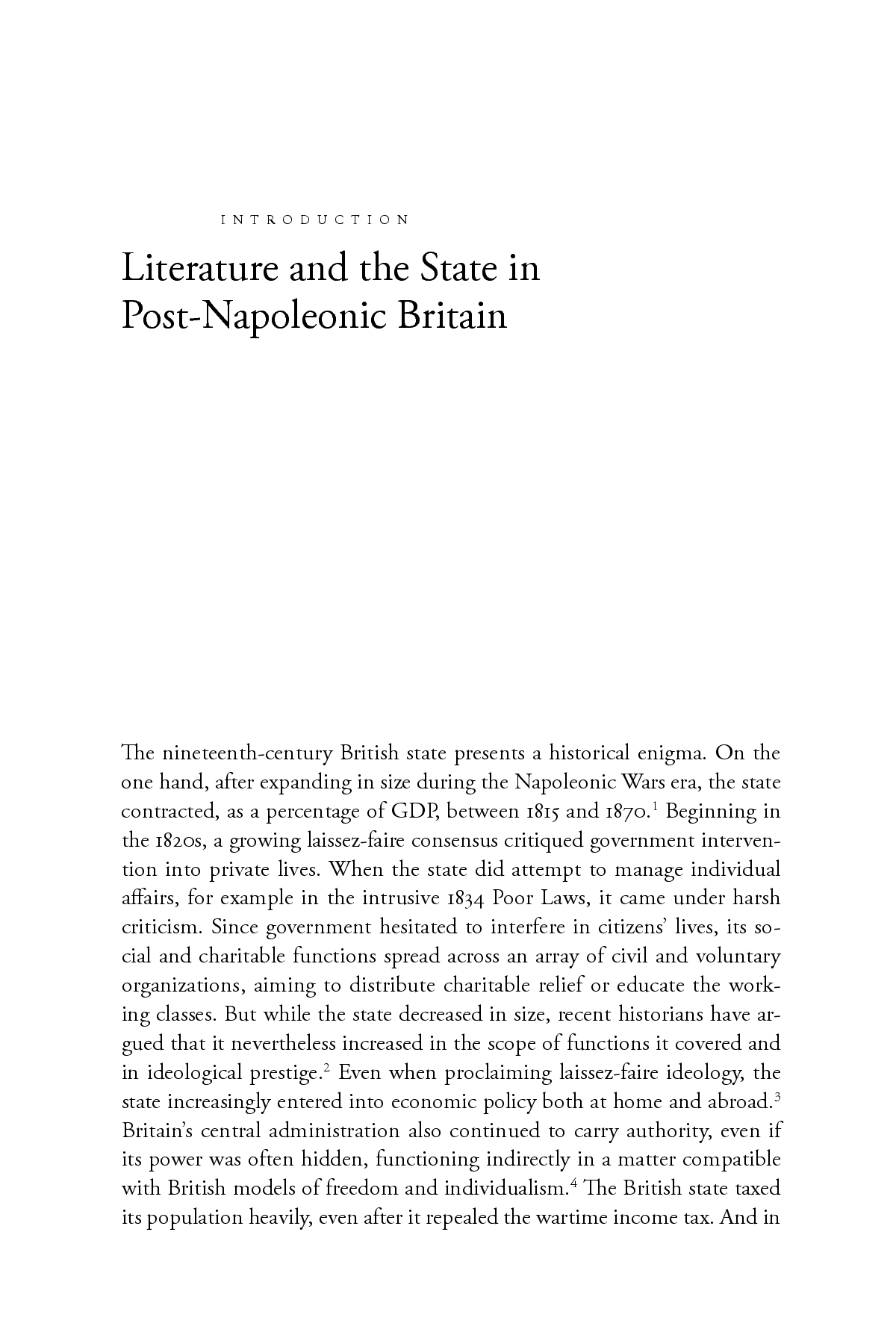 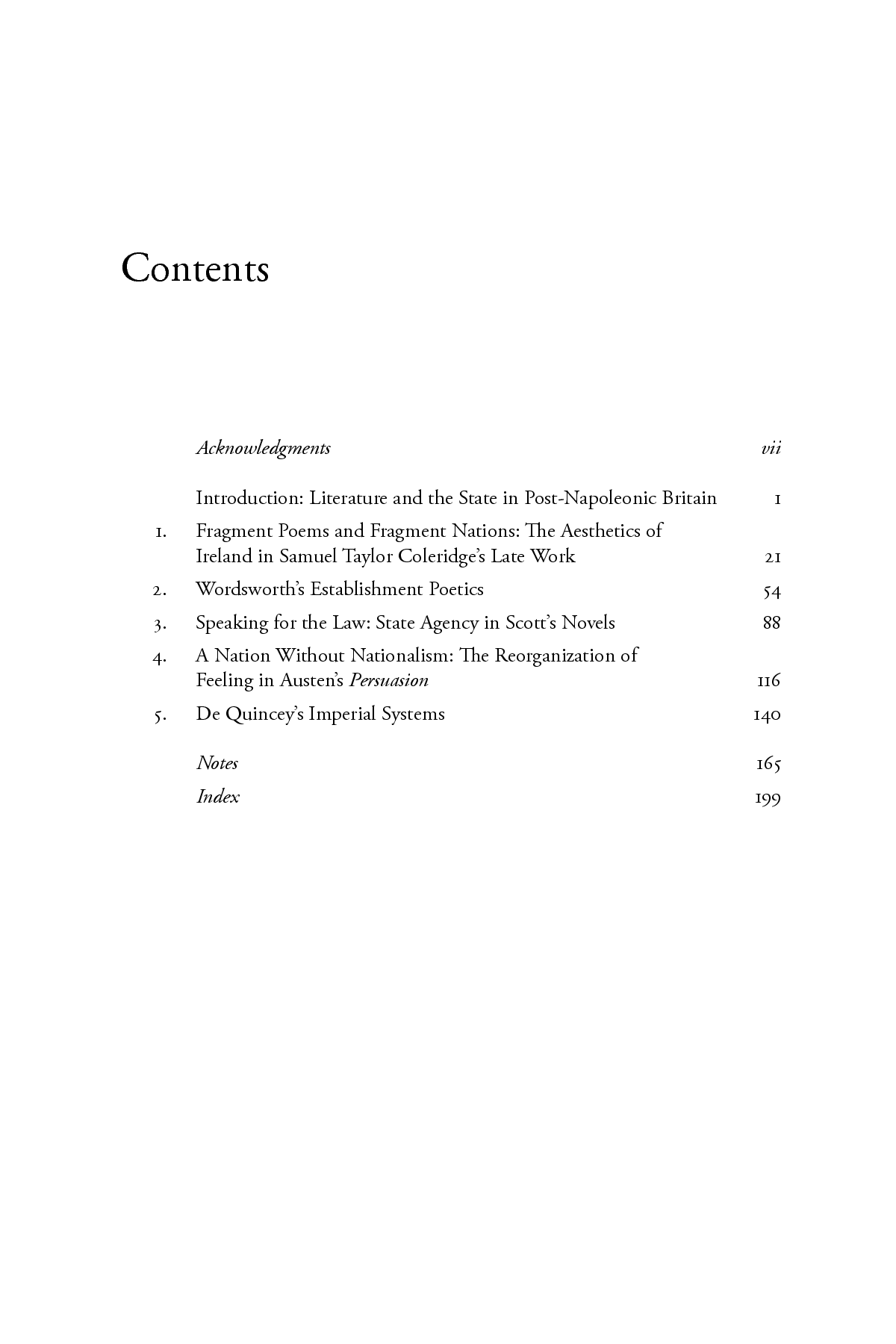