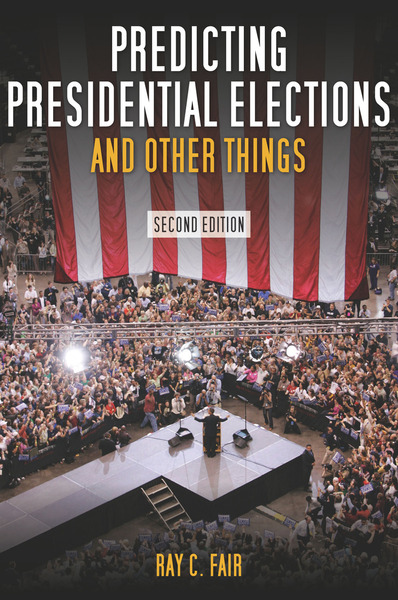 "It's the economy, stupid," as Democratic strategist James Carville would say. After many years of study, Ray C. Fair has found that the state of the economy has a dominant influence on national elections. Just in time for the 2012 presidential election, this new edition of his classic text, Predicting Presidential Elections and Other Things, provides us with a look into the likely future of our nation's political landscape—but Fair doesn't stop there.

Fair puts other national issues under the microscope as well—including congressional elections, Federal Reserve behavior, and inflation. In addition he covers topics well beyond today's headlines, as the book takes on questions of more direct, personal interest such as wine quality, predicting football games, and aging effects in baseball. Which of your friends is most likely to have an extramarital affair? How important is class attendance for academic performance in college? How fast can you expect to run a race or perform some physical task at age 55, given your time at age 30? Read Predicting Presidential Elections and Other Things and find out!

As Fair works his way through an incredibly broad range of questions and topics, he teaches and delights. The discussion that underlies each chapter topic moves from formulating theories about real world phenomena to lessons on how to analyze data, test theories, and make predictions. At the end of this book, readers will walk away with more than mere predictions. They will have learned a new approach to thinking about many age-old concerns in public and private life, and will have a myriad of fun facts to share.

Ray C. Fair is Professor of Economics at Yale University. He areas of expertise include econometrics and the relationship between economics and politics. Well known for his predictions of presidential elections, Fair is the author of Estimating How the Macroeconomy Works (2004) and the widely used textbook, Principles of Economics, Tenth Edition 2011.

"Over the last ten years, Americans have gained weight; that is a bad thing. Over the last ten years – the interval between the 1st (CH, Feb '03, 40-3473) and 2nd editions – Yale economist Fair's Predicting has also put on weight, 50 pages to be exact, and that is a good thing. The first edition was quite good; the second was even better. . . Highly recommended."

"This text is perfectly suited for advanced undergraduates and acts as an ideal complement to the average textbook. Too often, students don't see the forest through the trees. Traditional texts talk of OLS estimators, CRMO assumptions, hypothesis tests, etc. without giving readers much context. Fair's book gives them a reason to care about econometrics."

"Economics is everywhere. Follow Ray Fair in this delightful romp through decision making by the fed, choices we make in bed, which politicians we'll shed, how to buy a good red, and the inevitable slowdown that aging marathoners dread. The data deluge that began with the microcomputer is creating a golden age of social science. And Ray Fair was among the first to discover just how tease out the fascinating stories these data are telling." 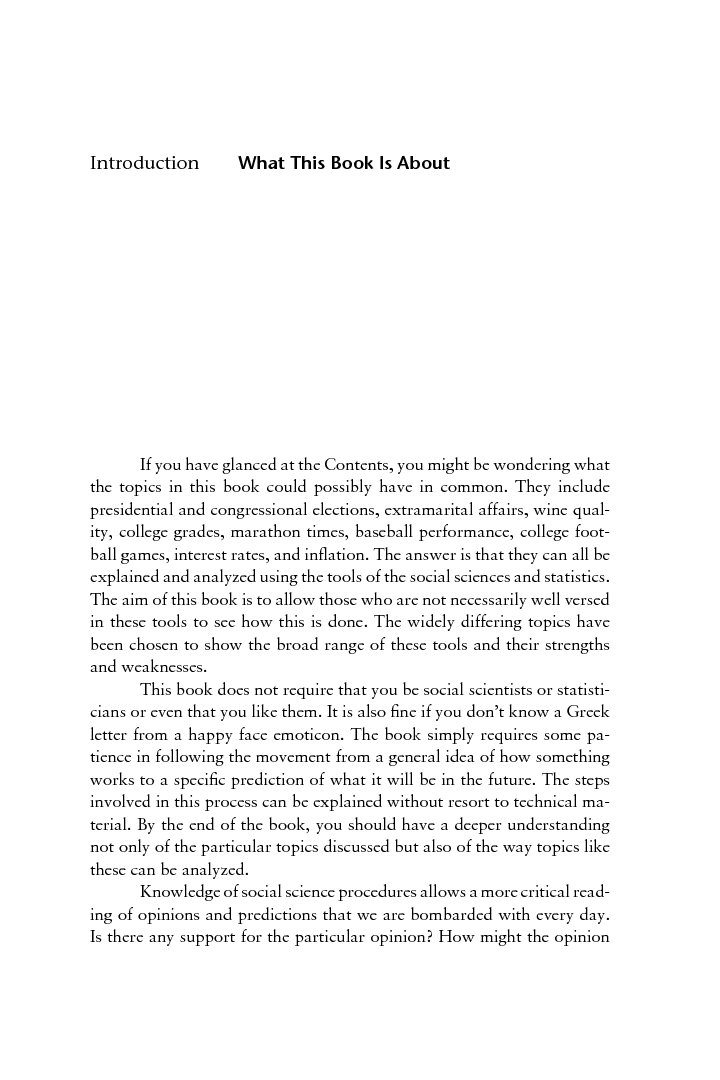 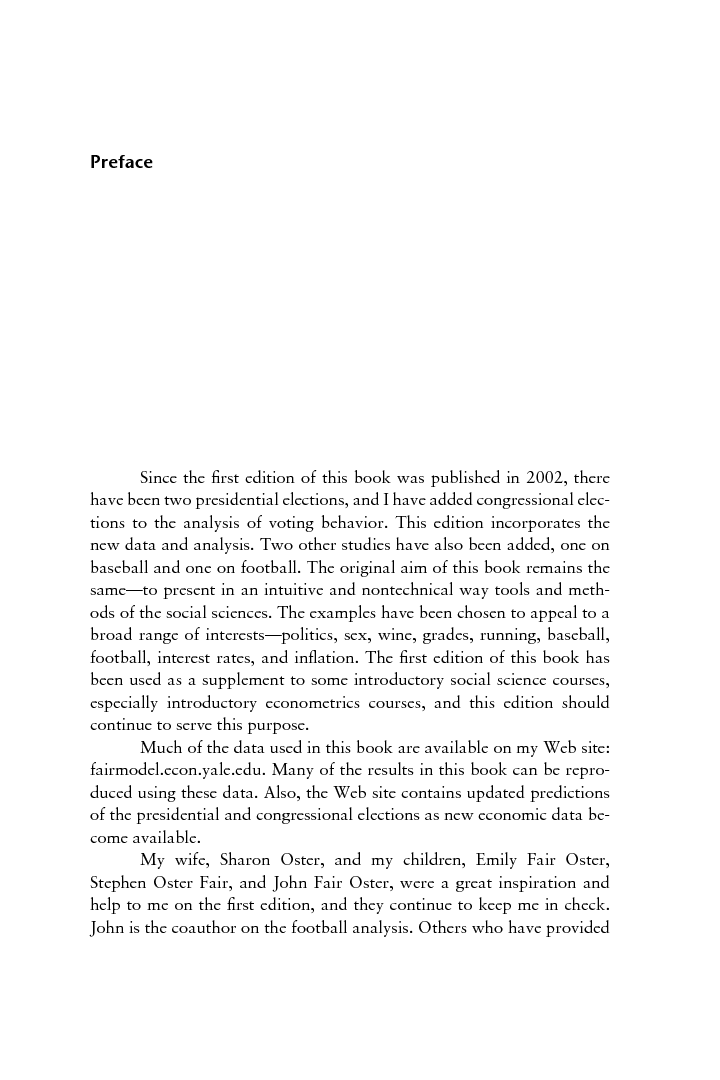 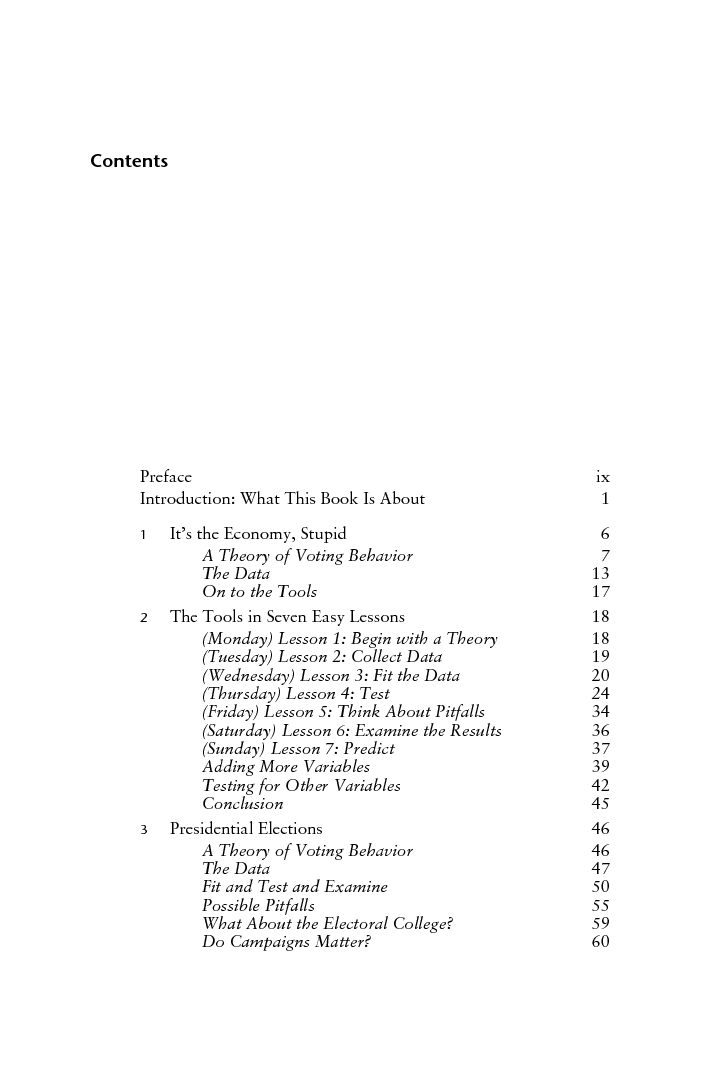