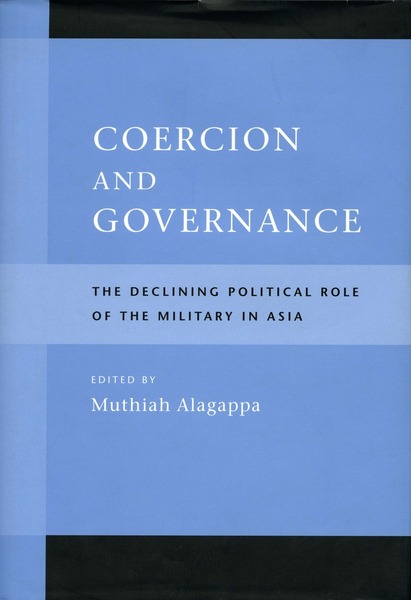 This far-ranging volume offers both a broad overview of the role of the military in contemporary Asia and a close look at the state of civil-military relations in sixteen Asian countries. It provides in-depth discussion of civil-military relations in countries where the military still continues to dominate the political helm as well as others where, in varying degrees, the military is disengaging from politics. Conceptually, the study connects the explanation for the changing relationship of the military to the state to the processes associated with the construction of nation, state, and political system, as well as the development of state capacity, economic growth, and change in the international system.

The book argues that the key to understanding civil-military relations in Asia and elsewhere is the role of coercion, in state and nation building and in the exercise of political authority. As coercion in these processes increases or decreases, so does the political power and influence of the military. Civilian supremacy requires superior political, ideational, moral, and economic power translated into strong institutions that can regulate the military and limit its role in governance.

A key finding of the volume is that, overall, the political power and influence of the military in Asia, though still considerable in some countries, is on the decline. At present only Burma and Pakistan are under military rule, though the military is the central pillar of the totalitarian regime in North Korea. The number of Asian countries under civilian rule has increased dramatically. However, the relationship between the state and the soldier is not a settled issue, and in democratizing countries, civil-military relations is still a contested domain that is being redefined incrementally, often through struggle. The study concludes that, in the long term, the power of the military will continue to decline, and that the growing dominance of democratic civilian control in Asia is likely to endure.