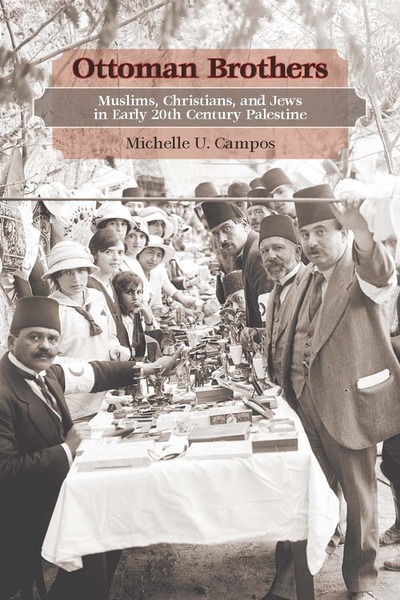 Winner of the 2011 Yonatan Shapiro Book Prize, sponsored by the Association of Israel Studies.

Winner of the 2011 National Jewish Book Award in Sephardic Culture, sponsored by the Jewish Book Council.

In its last decade, the Ottoman Empire underwent a period of dynamic reform, and the 1908 revolution transformed the empire's 20 million subjects into citizens overnight. Questions quickly emerged about what it meant to be Ottoman, what bound the empire together, what role religion and ethnicity would play in politics, and what liberty, reform, and enfranchisement would look like.

Ottoman Brothers explores the development of Ottoman collective identity, tracing how Muslims, Christians, and Jews became imperial citizens together. In Palestine, even against the backdrop of the emergence of the Zionist movement and Arab nationalism, Jews and Arabs cooperated in local development and local institutions as they embraced imperial citizenship. As Michelle Campos reveals, the Arab-Jewish conflict in Palestine was not immanent, but rather it erupted in tension with the promises and shortcomings of "civic Ottomanism."

Michelle U. Campos is Assistant Professor of the History of the Modern Middle East at the University of Florida.

"Furthermore, reconsidering the inter-communal relations in the context of Palestine, Campos challenges the presumption about the existence of Arab-Jewish conflict in the early twentieth century . . . Campos has a positive view of the process in the immediate aftermath of the 1908 Revolution as a relatively successful civic experiment based on the notions of Ottomanism and shared homeland . . . [Ottoman Brothers has a] valuable contribution to the literature of Second Constitutional Period as they shed light on the very first constitutional experience of the Middle Eastern communities."

"This book is a great accomplishment and sheds light on numerous important aspects of Palestine in this last decade of the empire's existence."

"The study is very well written, combining data from various local and foreign sources with enlightened analysis . . . This is a very important study of a crucial period in the Ottoman Empire and Palestine. Although it focuses on Palestine, it provides broad analysis of basic issues of the time, with implications on current affairs in the 21st century."

"It is impossible to do justice to the complexity of the author's arguments or to the astonishing material that she has meticulously mined and superbly analyzed. Campos' study complicates and enriches our understanding of the late Ottoman Empire, including Palestine, and as such represents an original and exceedingly readable contribution to the field."

"Ottoman Brothers contains a detailed examination of the closing years of the Ottoman Empire. . . Campos does a fine job of describing the forms of cooperation that developed between the adherents of the different religions."

"Rarely does a book's cover capture so well its contents and arguments as does the photograph on Michelle Campos's excellent book Ottoman Brothers: Muslims, Christians and Jews in Early Twentieth-Century Palestine.

"As Western observers currently rush to describe the Arab Spring as an unprecedented experiment in popular participatory politics, Michelle Campos has provided a timely reminder that Middle Easterners are no strangers to the concepts of civic engagement and representative democracy . . . [Ottoman Brothers] should be applauded as a bold attempt to revive an overlooked period of Palestine's history."

"Ottoman Brothers offers a startling new insight into a globally important case: for a brief period in the not-so-distant past, Palestine was consumed by civic activism and democratic co-existence, and was not necessarily headed toward inevitable conflict. Campos delivers a wonderfully rich contribution to the study of the modern Middle East."

"This is an outstanding and path-breaking work. Campos sheds a completely fresh and new light on a crucial era in the evolution of the late Ottoman Empire, problematizing and deconstructing commonly accepted narratives. She shows that the mainstream Muslim, Christian, and Jewish population enthusiastically supported 'Ottomanism.' This extraordinary book will serve as an indispensable reference for anyone interested in the processes of the modern shift from empire to nation and the origins of the Arab Palestinian-Israeli conflict."

"Focusing on Ottoman Palestine in the period surrounding the Revolution of 1908, Campos illustrates how members of a dynamic and vibrant Ottoman nation articulated what could and should bind them together in common purpose. Her Ottoman Palestine is marked by social mobility, ethnic diversity, and communal conflict blended with mutual dependence and local solidarities. Without idealizing, she demonstrates the concrete achievements of Ottoman social and political reform in the final years of the empire. She thus reminds us of the many paths of change that were available at the moment of the British occupation in 1917." 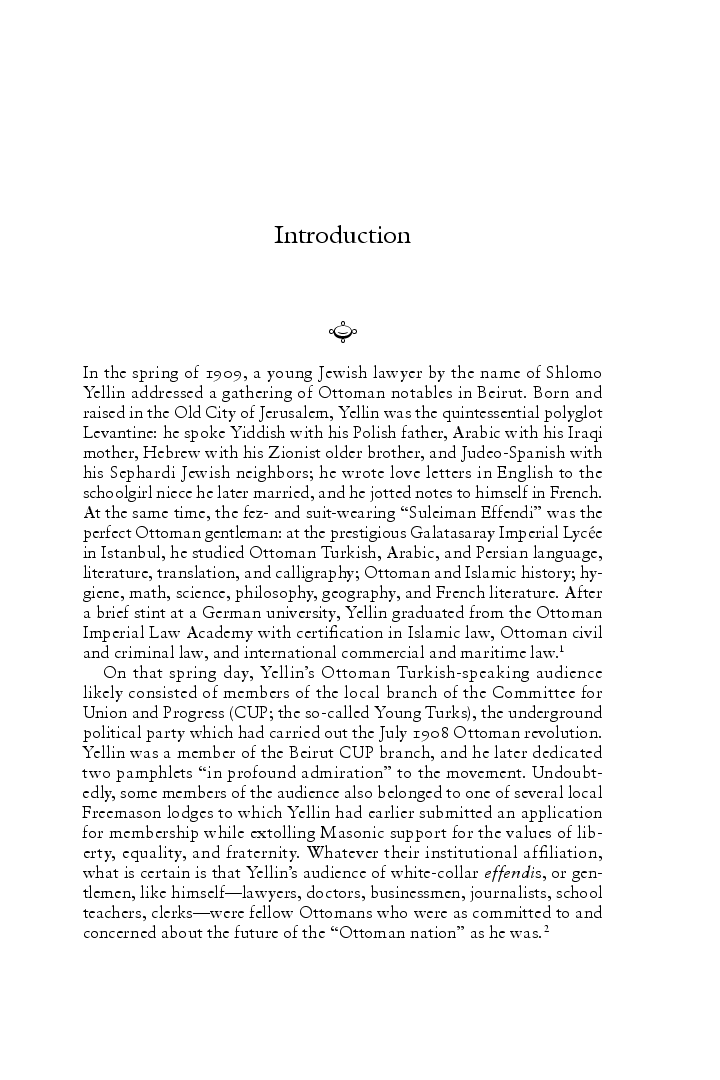 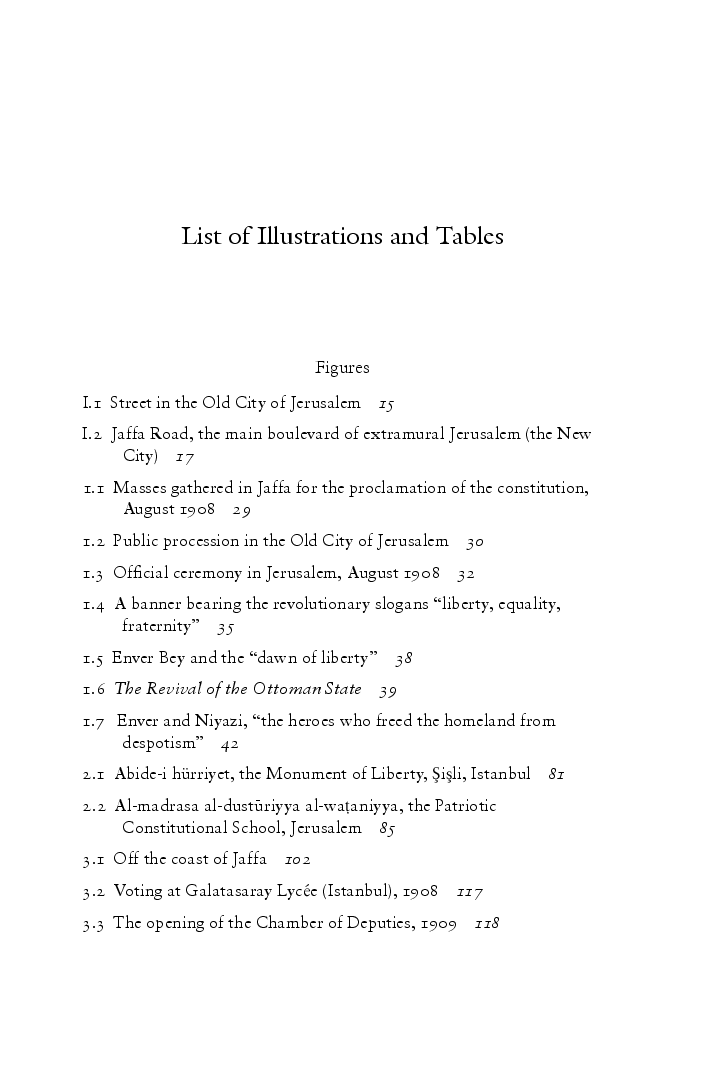 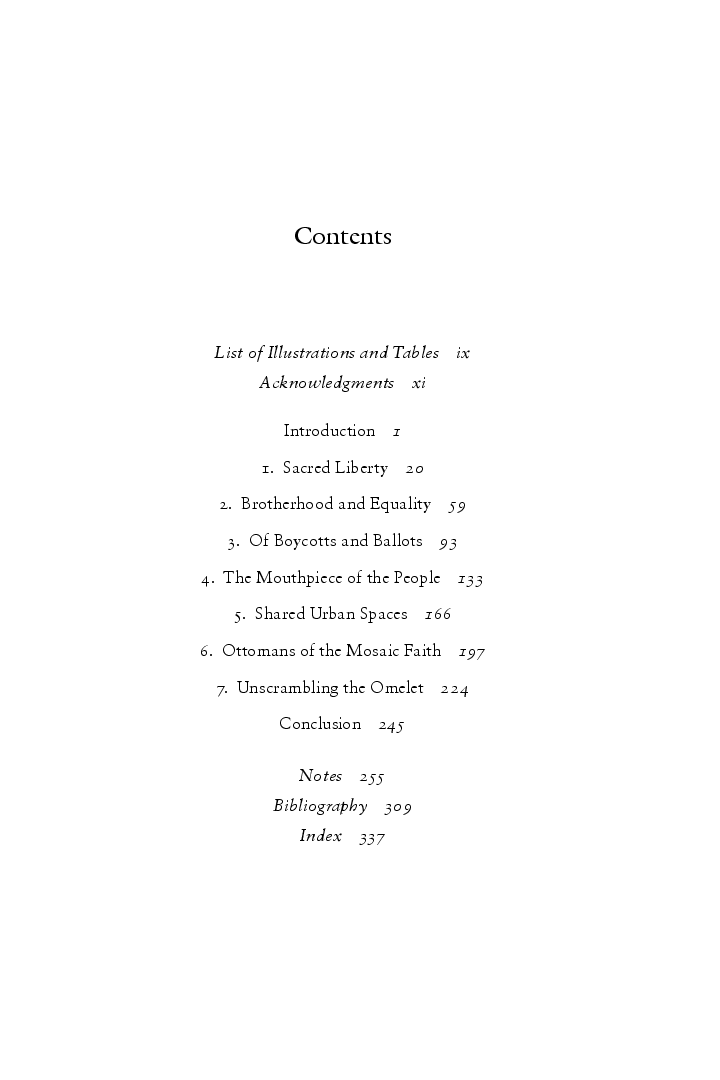