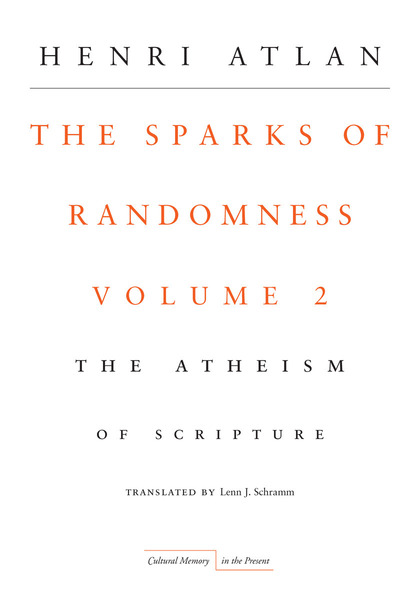 The Sparks of Randomness, Volume 2
The Atheism of Scripture
Henri Atlan Translated by Lenn J.Schramm
SERIES: Cultural Memory in the Present

In this second volume of The Sparks of Randomness, Henri Atlan pursues his investigation of human life, which he grounds in a distinctive intermingling of the biological and cognitive sciences and traditions of Jewish thought. The Atheism of Scripture offers up a paradox: its audacious thesis is that the Word or revealed scripture can be better understood without God. It must be decrypted or analyzed atheistically, that is, not as divine revelation, but in and of itself. The first part of the book addresses contemporary science. It puts the evolution of ideas about life and knowledge as conceived by today's biological and cognitive sciences into perspective and shows how the genealogy of ethics must be approached in a new way. The second part takes up this challenge by putting classical philosophy in dialogue with the Talmud and the Kabbalah to advance a non-dualistic anthropology of the body and the mind.

Henri Atlan is Professor Emeritus of Biophysics and Director of Research on Human Biology at Hadassah University Hospital in Jerusalem and Director of Studies at the EHESS. His honorific titles include the French Legion of Honor, the French Order of Arts and Letters, and the French National Order of Merit. 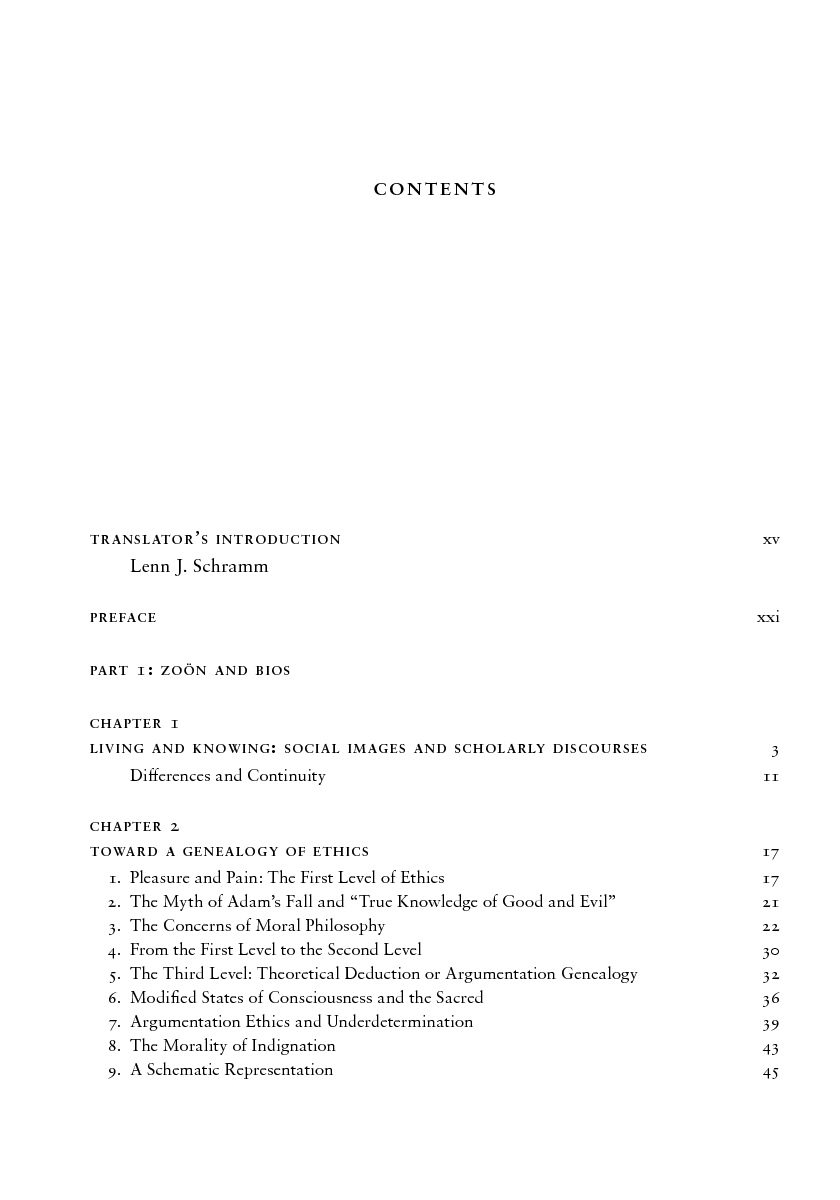 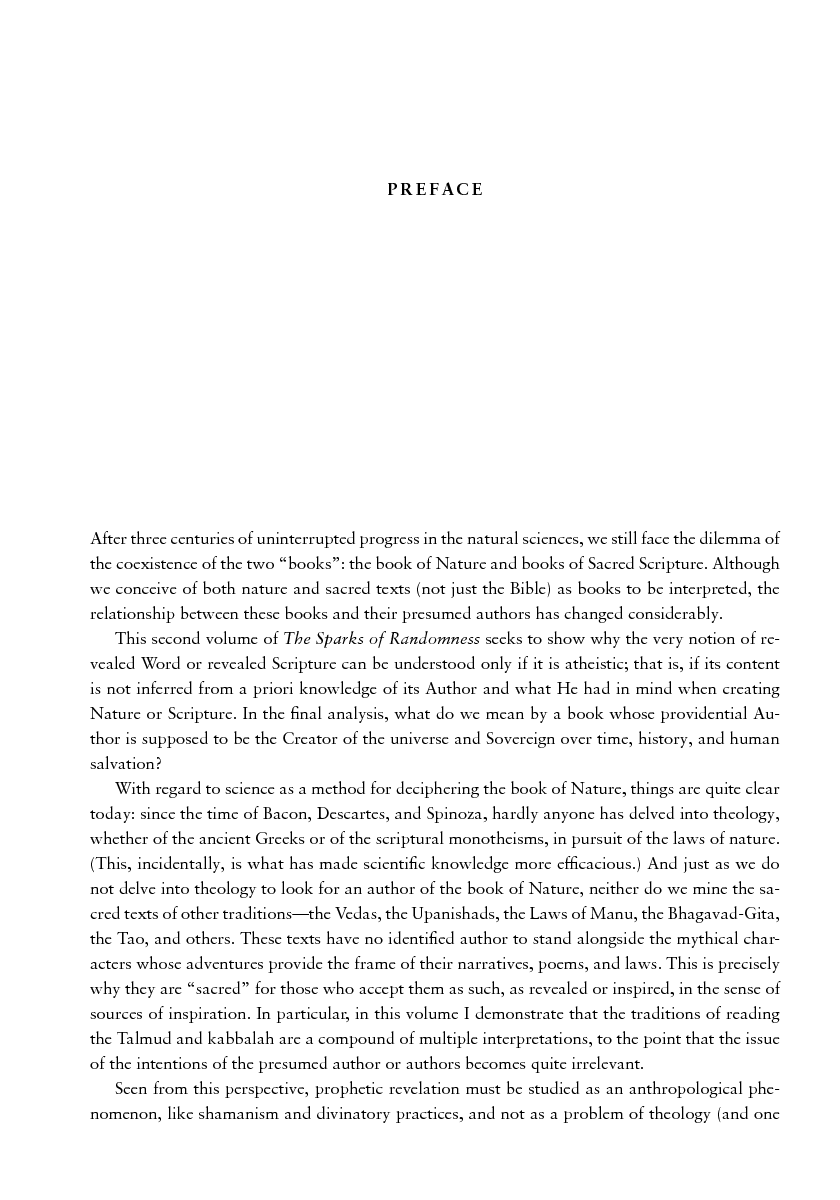