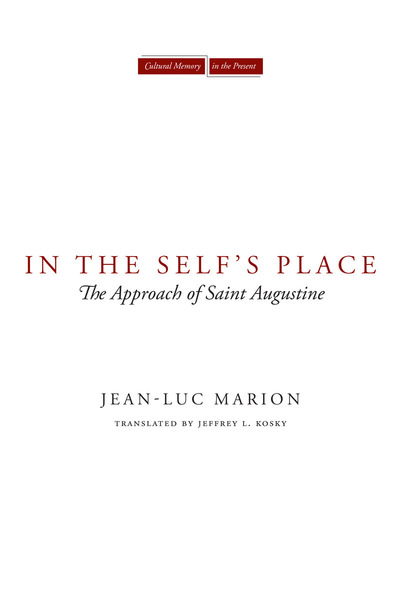 In the Self's Place
The Approach of Saint Augustine
Jean-Luc Marion Translated by Jeffrey L. Kosky
SERIES: Cultural Memory in the Present

In the Self's Place is an original phenomenological reading of Augustine that considers his engagement with notions of identity in Confessions. Using the Augustinian experience of confessio, Jean-Luc Marion develops a model of selfhood that examines this experience in light of the whole of the Augustinian corpus. Towards this end, Marion engages with noteworthy modern and postmodern analyses of Augustine's most "experiential" work, including the critical commentaries of Jacques Derrida, Martin Heidegger, and Ludwig Wittgenstein. Marion ultimately concludes that Augustine has preceded postmodernity in exploring an excess of the self over and beyond itself, and in using this alterity of the self to itself, as a driving force for creative relations with God, the world, and others. This reading establishes striking connections between accounts of selfhood across the fields of contemporary philosophy, literary studies, and Augustine's early Christianity.

"Jean-Luc Marion's new book is a feast that should be savored by anyone with an interest in either the thought of Saint Augustine or in Marion's phenomenological philosophy . . . I think it would be difficult to speak too highly of Marion's achievement in this book . . . In the Self's Place is a landmark, advancing every position which it touches."

"In the Self's Place is astounding in its rigor both in terms of its use of the original Latin and in terms of its breadth of familiarity with the larger Augustinian corpus . . . In the Self's Place should be of particular interest to those readers who have strong interest in and familiarity with ongoing conversations in both theology and philosophy . . . [F]or all those who are stimulated by what contemporary philosophy and classical theology have to say to one another, this is, without doubt, an essential read."

"The confrontation of Heidegger with Nietzsche, the confrontation of Derrida with Heidegger, and now the confrontation of Marion with Augustine! In the Self's Place engages with Augustine's Confessions, one of the incomparable texts that open the intellectual and religious space we call 'the West.' Here Marion continues his critiques of the self and metaphysics, his analysis of praise, and his bold case for the univocity of love. Also he shows us something new: how his theory of the saturated phenomenon can be used to read a canonical narrative. A major achievement!" 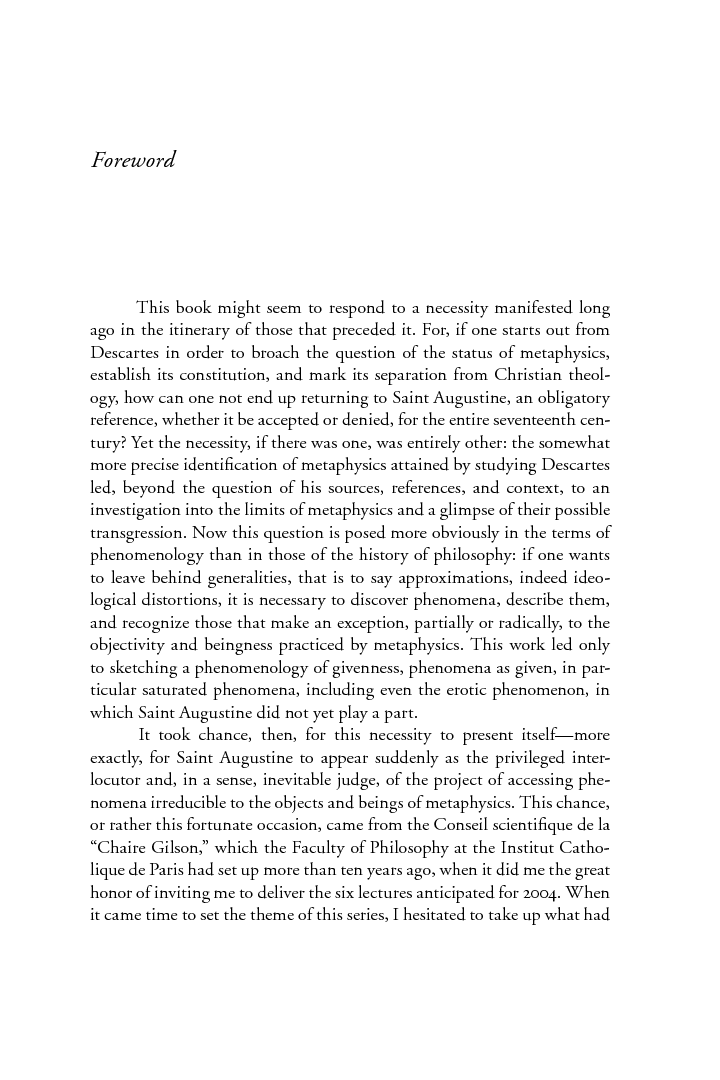 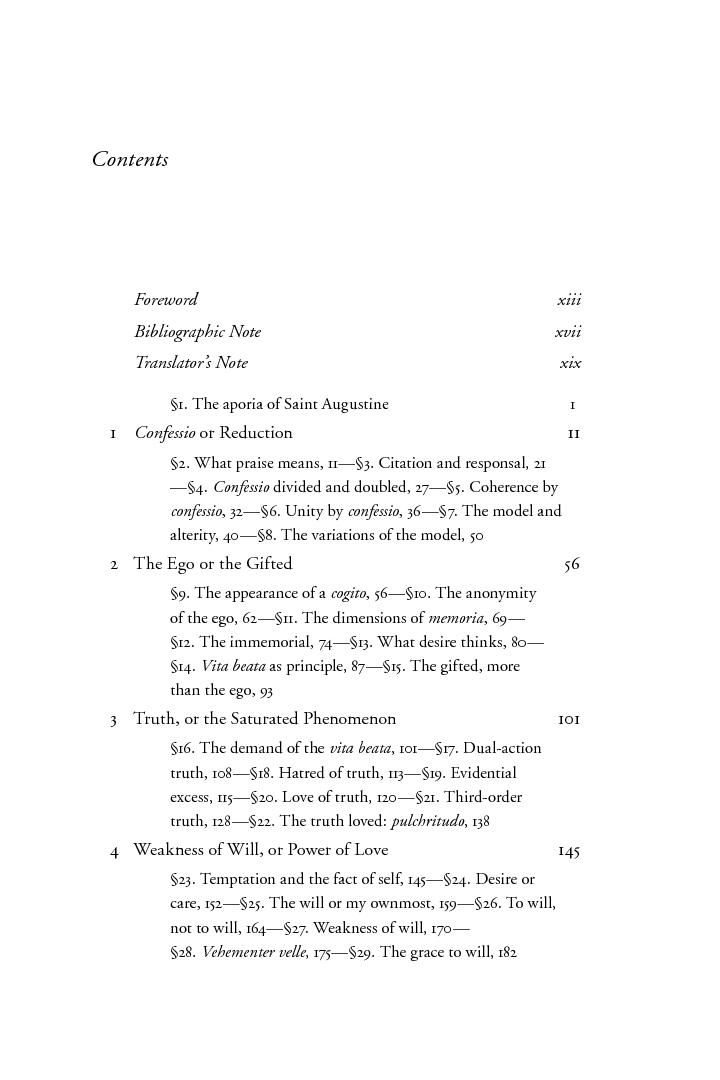