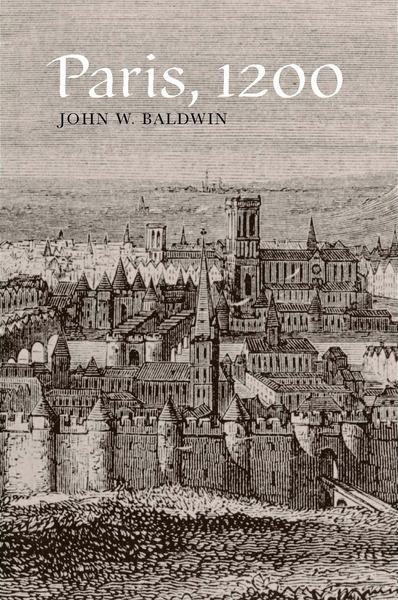 Paris in 1200 was a city in transition. The great cathedral of Notre Dame was halfway through its construction and walls were being built to enclose the new, larger limits of the city. Pope Innocent III ordered all French churches closed to punish King Philip Augustus for his remarriage; the king himself negotiated an unprecedented truce with the English; and the students of Paris threatened a general strike, punctuated with incidents of violence, to protest infringements of their rights.

John W. Baldwin brilliantly resurrects this key moment in Parisian history using documents only from 1190 to 1210—a narrow focus made possible by the availability of collections of the Capetian monarchy and the medieval scholastic thinkers. This unique approach results in a vivid snapshot of the city at the turn of the thirteenth century.

Paris, 1200 introduces the reader to the city itself and its inhabitants. Three "faces" exemplify these inhabitants: that of the celebrated scholar Pierre the Chanter, of King Philip Augustus, and of the more deeply hidden visages of women. The book examines the city's primary institutions: the royal government, the Church, and its celebrated schools that evolved into the university at Paris. Finally, it offers an account of the delights and pleasures, as well as the fears and sorrows, of Parisian life in this period.

John Baldwin is Charles Horner Haskins Professor Emeritus of History at Johns Hopkins University. He is the author of Aristocratic Life in Medieval France: The Romances of Jean Renart and Gerbert de Montreuil, 1190-1230 (2000), The Language of Sex: Five Voices from Northern France Around 1200 (1994), The Government of Philip Augustus: Foundations of French Royal Power in the Middle Ages (1986), The Scholastic Culture of the Middle Ages, 1000-1300 (1971), and Masters, Princes, and Merchants:The Social Views of Peter the Chanter and His Circle (1970).

"I loved this book. In it, one of the great scholars of medieval French history brings to bear a lifetime of inquiry and knowledge in a 250-page volume that is at once an introduction and a work of consummate scholarship."

"A deft work by a master scholar, Paris 1200 is a microhistory of the city, exploring the state of the church, royal governance, education, and civic culture at the turn of the 13th century . . . Students and scholars of France, Paris, urban history, and medieval life in general will find much within the book's rich tapestry to inform and delight them . . . Highly recommended." 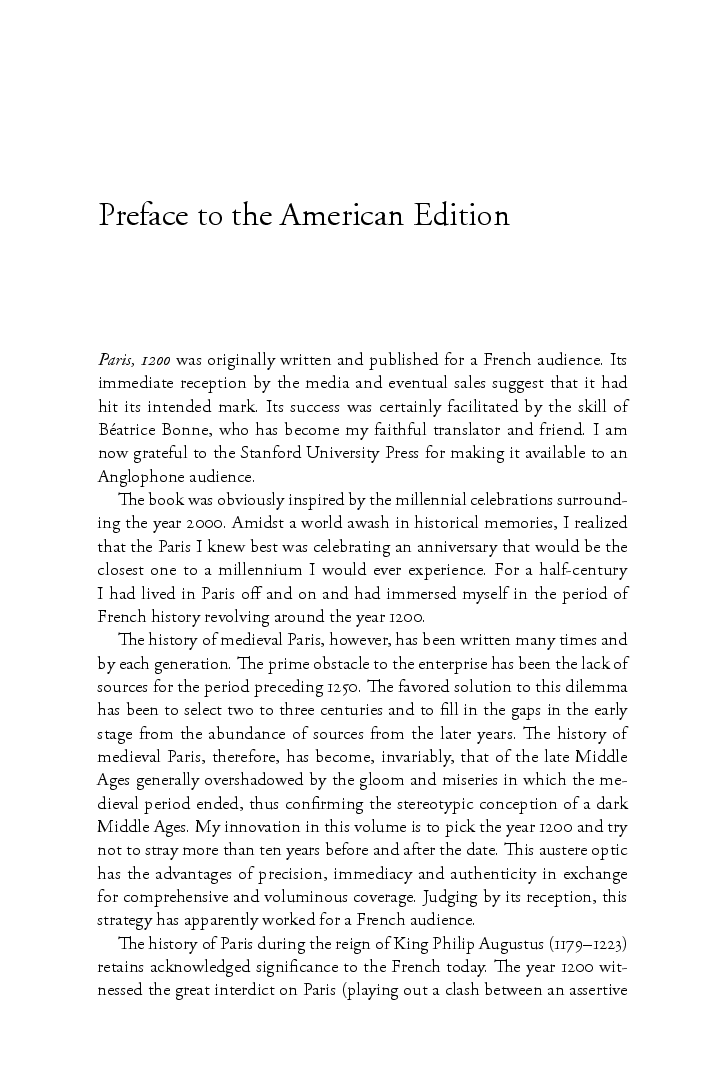 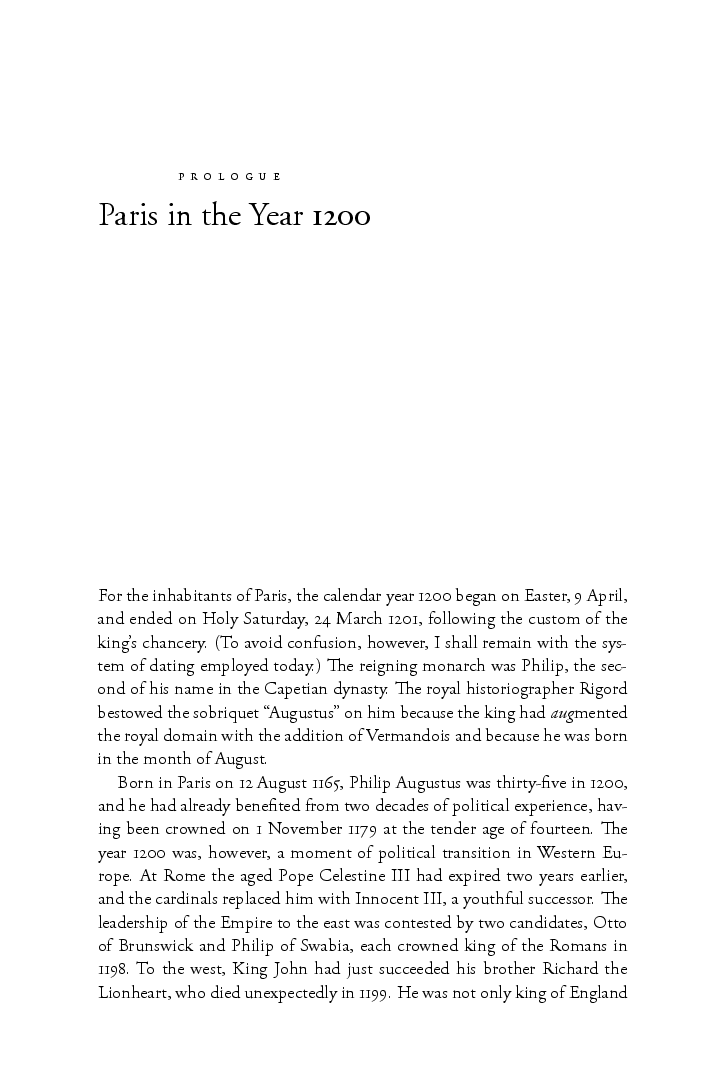 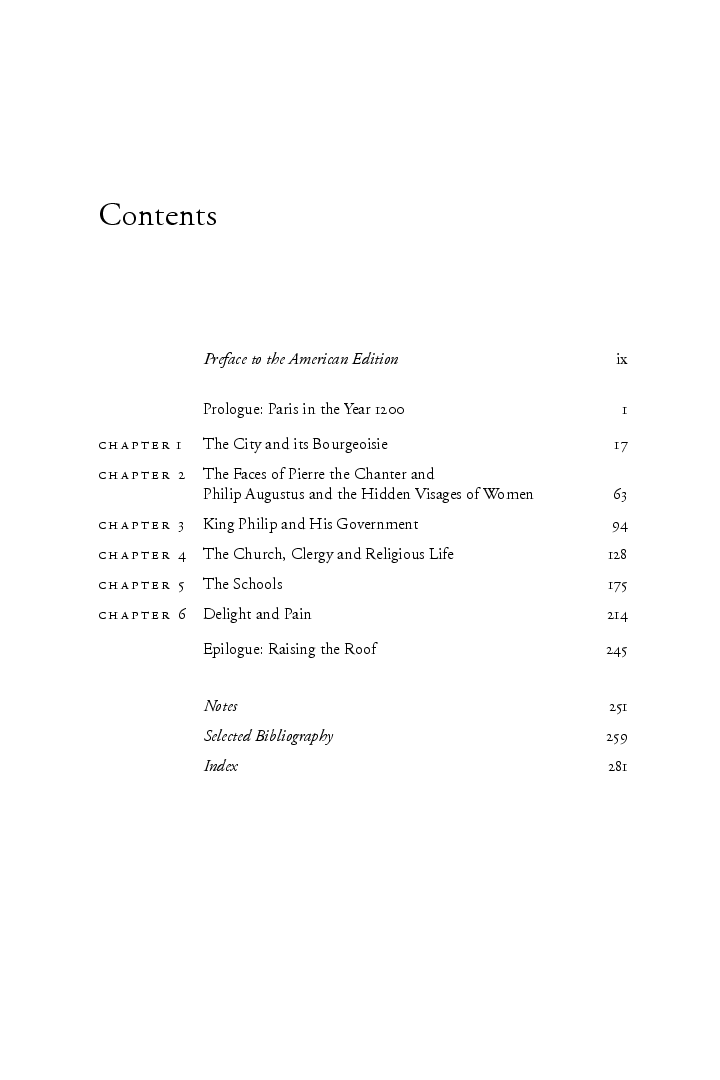