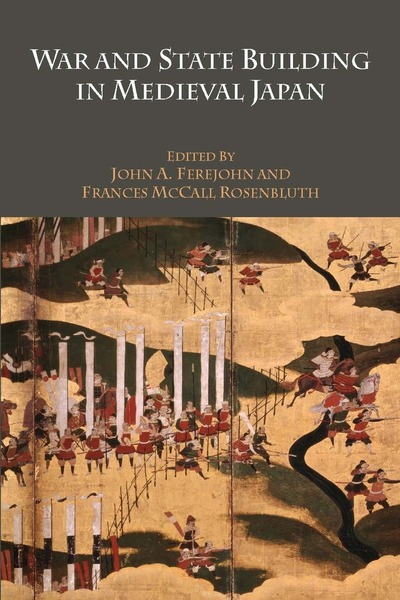 War and State Building in Medieval Japan
Edited by John A. Ferejohn and Frances McCall Rosenbluth

The nation state as we know it is a mere four or five hundred years old. Remarkably, a central government with vast territorial control emerged in Japan at around the same time as it did in Europe, through the process of mobilizing fiscal resources and manpower for bloody wars between the 16th and 17th centuries. This book, which brings Japan's case into conversation with the history of state building in Europe, points to similar factors that were present in both places: population growth eroded clientelistic relationships between farmers and estate holders, creating conditions for intense competition over territory; and in the ensuing instability and violence, farmers were driven to make Hobbesian bargains of taxes in exchange for physical security.

John A. Ferejohn is a political economist and democratic theorist. He is Professor of Law and Political Science at New York University.

Frances McCall Rosenbluth is a political economist with a special interest in Japan. She is the Damon Wells Professor of International Politics at Yale University.

"War and State Building in Medieval Japan is a fascinating and innovative volume that will broaden the horizons of specialists while providing a useful addition to classroom reading lists. I again congratulate the editors on their bold vision and on a job well done."

"Specialists and non-specialists alike will appreciate the sharp insights found in each chapter, and if social scientists studying other parts of the world are drawn to include Japan in their discussion as a result, then this volume will truly stand out as having successfully attained its goals."

"Centralized states supposedly arose out of the mobilization of large armies. War and State Building in Medieval Japan rethinks this important claim by analyzing what happened in Japan. By forcing historians and social scientists to cast aside conventional wisdom, the book will reshape the literature on state formation."

"War and State Building brilliantly blends theory with history. Together with their talented corps of authors, Frances Rosenbluth and John Ferejohn integrate modern social scientific theory with a close historical analysis of the wars of unification and resistance in medieval Japan. The result is a study of exceptional intelligence and originality."

"[T]his is a useful read not only for those interested in Japan, but also for students of late medieval and early modern Europe."

—A. A. Nofi, StrategyPage.com 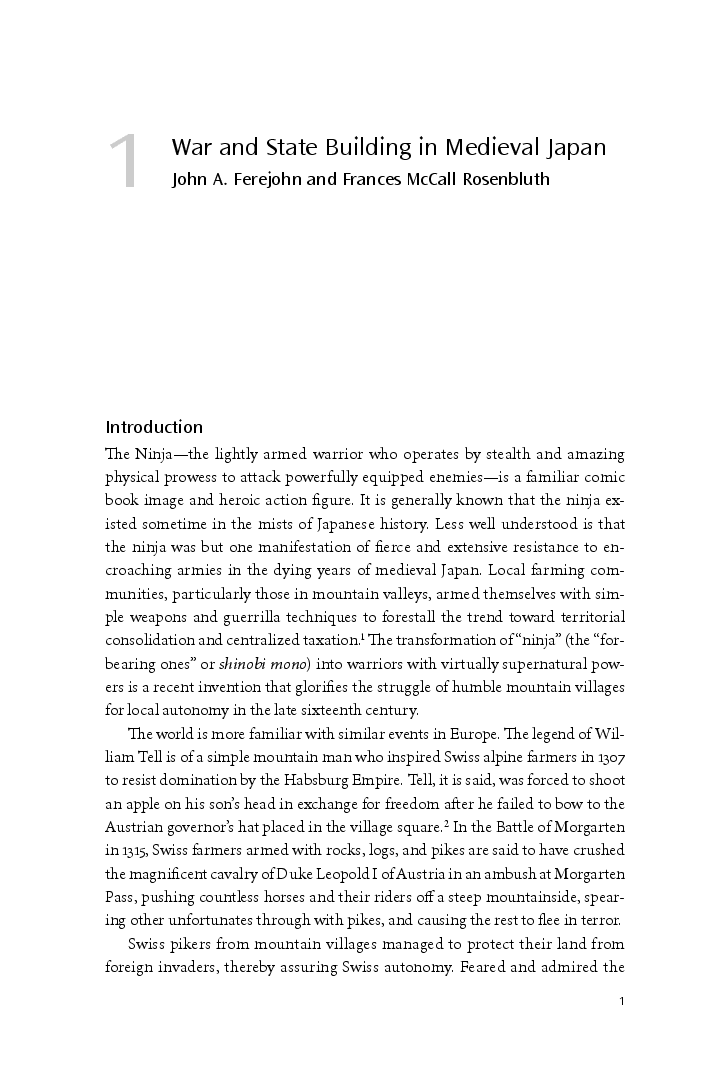 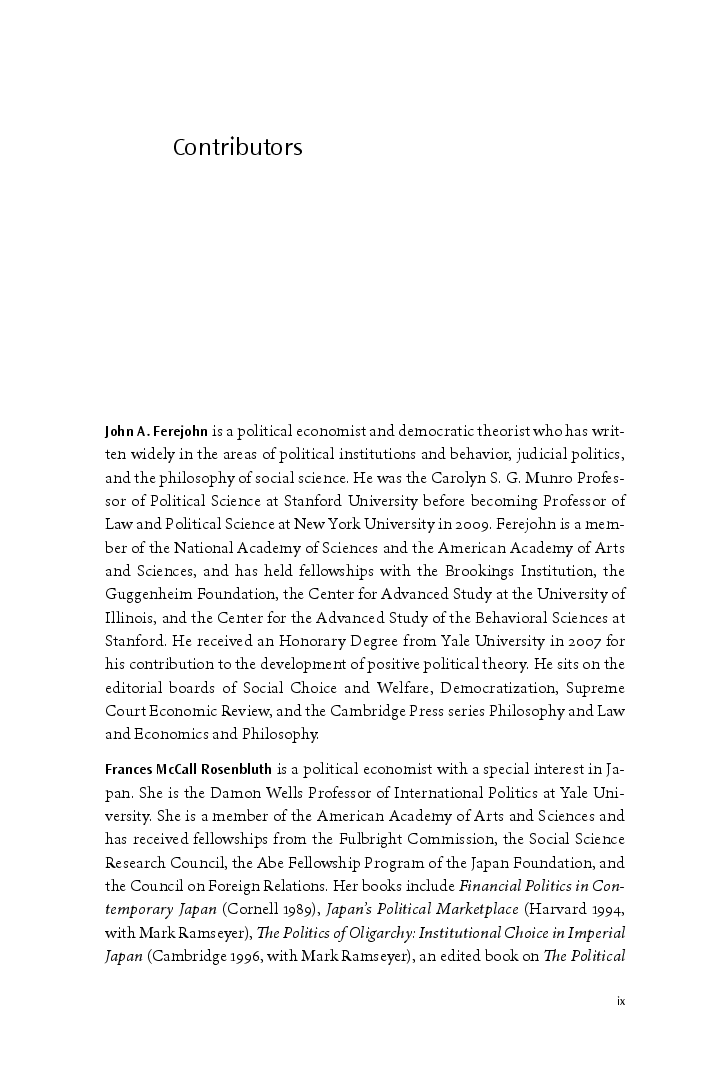 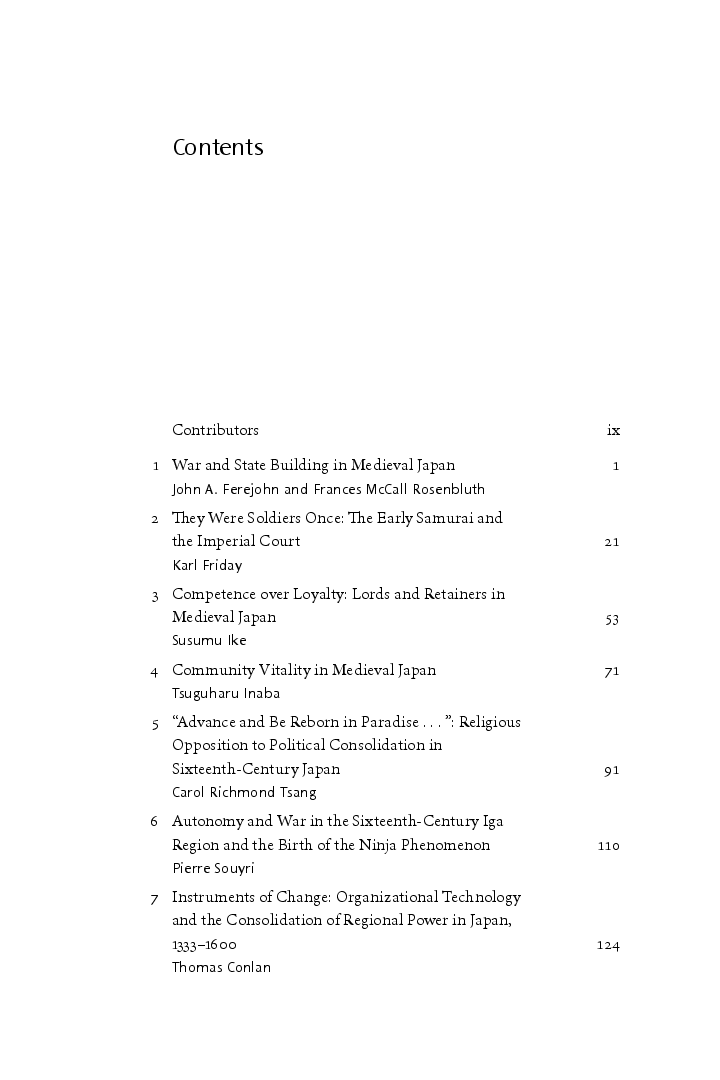