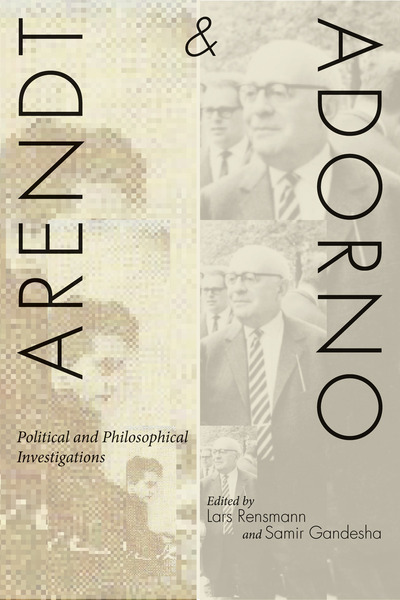 Hannah Arendt and Theodor W. Adorno, two of the most influential political philosophers and theorists of the twentieth century, were contemporaries with similar interests, backgrounds, and a shared experience of exile. Yet until now, no book has brought them together. In this first comparative study of their work, leading scholars discuss divergences, disclose surprising affinities, and find common ground between the two thinkers. This pioneering work recovers the relevance of Arendt and Adorno for contemporary political theory and philosophy and lays the foundation for a critical understanding of political modernity: from universalistic claims for political freedom to the abyss of genocidal politics.

Lars Rensmann is DAAD Assistant Professor of Political Science at the University of Michigan at Ann Arbor. He is the author of The Frankfurt School and Antisemitism: Politics, Theory, and Philosophy (forthcoming) and, with Andrei S. Markovits, Gaming the World: How Sports are Reshaping Global Politics and Culture (2010).

Samir Gandesha is Associate Professor of Modern European Thought and Culture and Director of the Institute for the Humanities at Simon Fraser University.

"Theodor W. Adorno and Hannah Arendt are two of the most important and controversial theorists of the twentieth century. Lars Rensmann's and Samir Gandesha's Arendt and Adorno is the first and only existing English language collection of essays delving into the interconnections, overlaps, and disagreements within the respective oeuvres of these German-American émigrés . . . Arendt and Adorno, in sophisticated and experimental fashion, provides a primarily academic audience with a much needed addition to the current debates (or more often lack of debate) between Arendtians and more classical Frankfurt School critical theorists, as well as an inspiring introduction for those who have only recently become interested in these thinkers."

"The essays in this highly illuminating and thought-provoking volume are intricately and convincingly crafted to create new levels in the understanding of Arendt and Adorno as individuals, and in grasping the philosophic relationship between them, despite and because of their differences."

"Arendt and Adorno: Political and Philosophical Investigations is a long overdue and much needed volume that takes the gaze off the personal relationship and focuses instead on the many theoretical affinities between the two thinkers . . . [O]n the whole [the essays] offer a very rich and nuanced understanding of the convergences and divergences between Adorno's and Arendt's thought."

"The book assembles the most distinguished experts on Arendt and Adorno. Despite the mutual antipathy between the two thinkers, the study reveals they had a surprising affinity, especially with regard to the critique and rethinking of modernity."

"Hannah Arendt and T.W. Adorno are rarely discussed in the same breath. This fine collection draws out points of overlap and causes the reader to pause and reflect about their similarities and differences on important issues."

"This cogent, insightful account of two major intellectual figures seeks to reconstruct their theoretical contexts, to identify their respective contributions, and to establish their continuing relevance. It offers an important defense of a difference-sensitive universalism against particularisms of all kinds, from religious fundamentalism to postmodern identity fetishism. This volume helps to renew critical theory and mobilize its resources in order to explain and assess modernity." 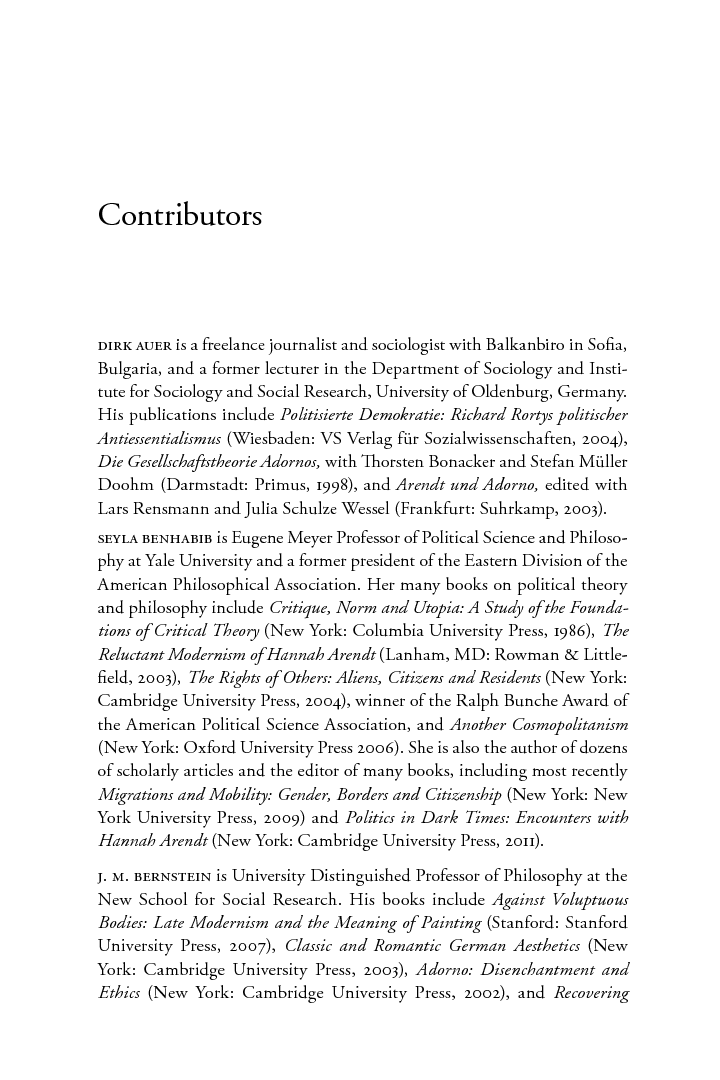 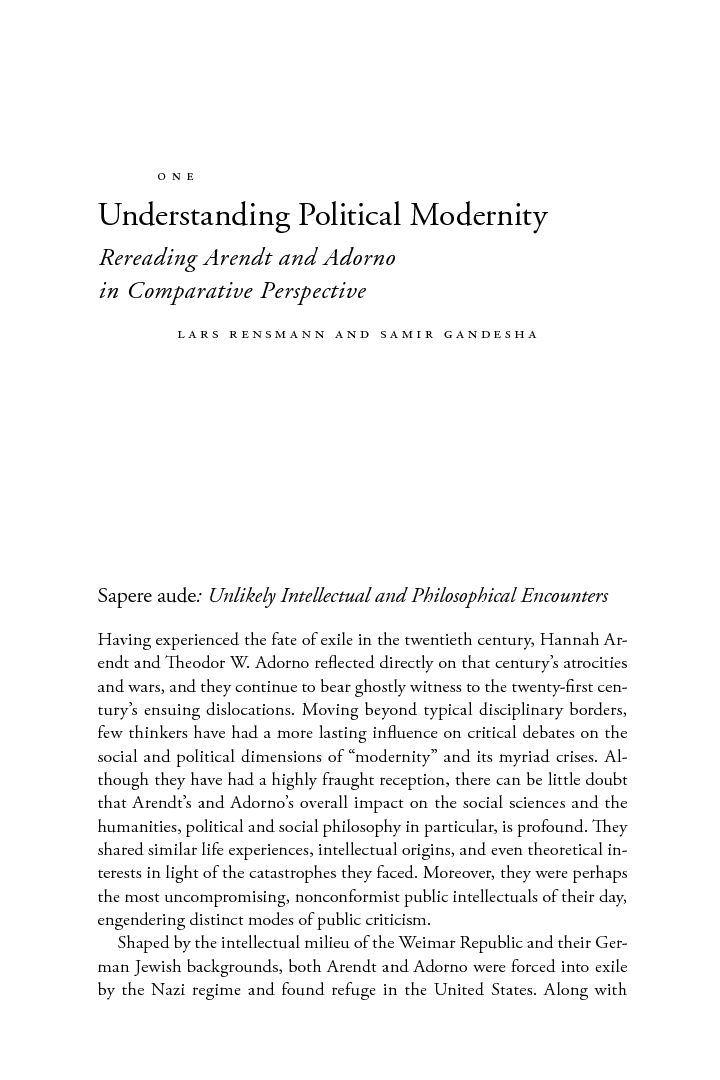 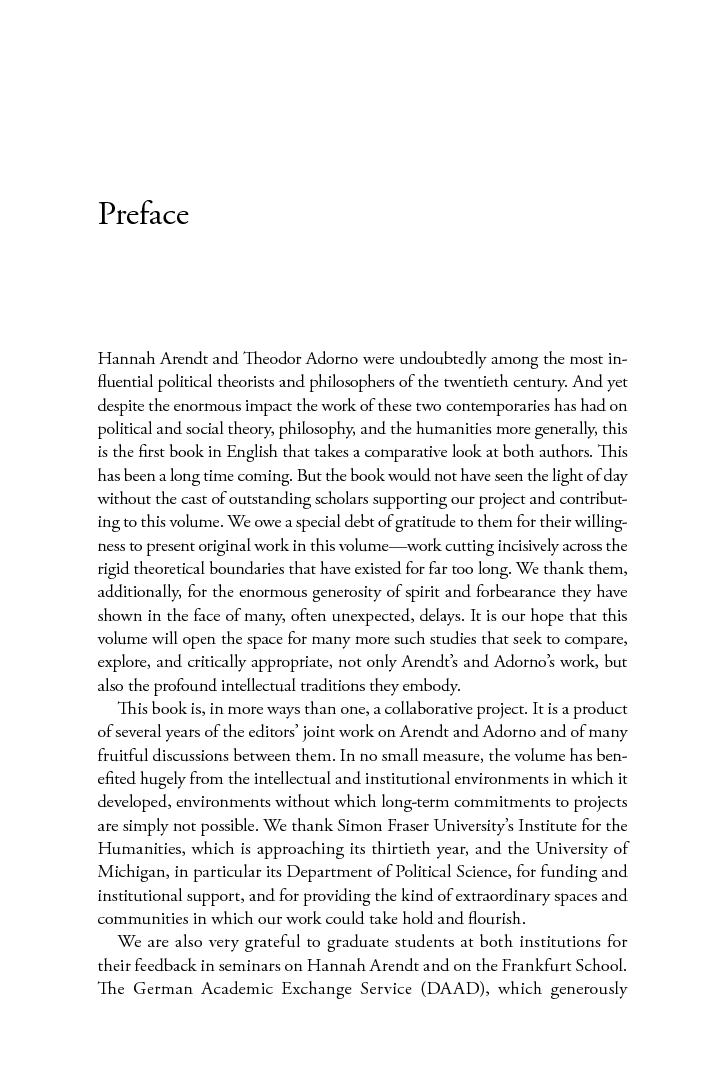 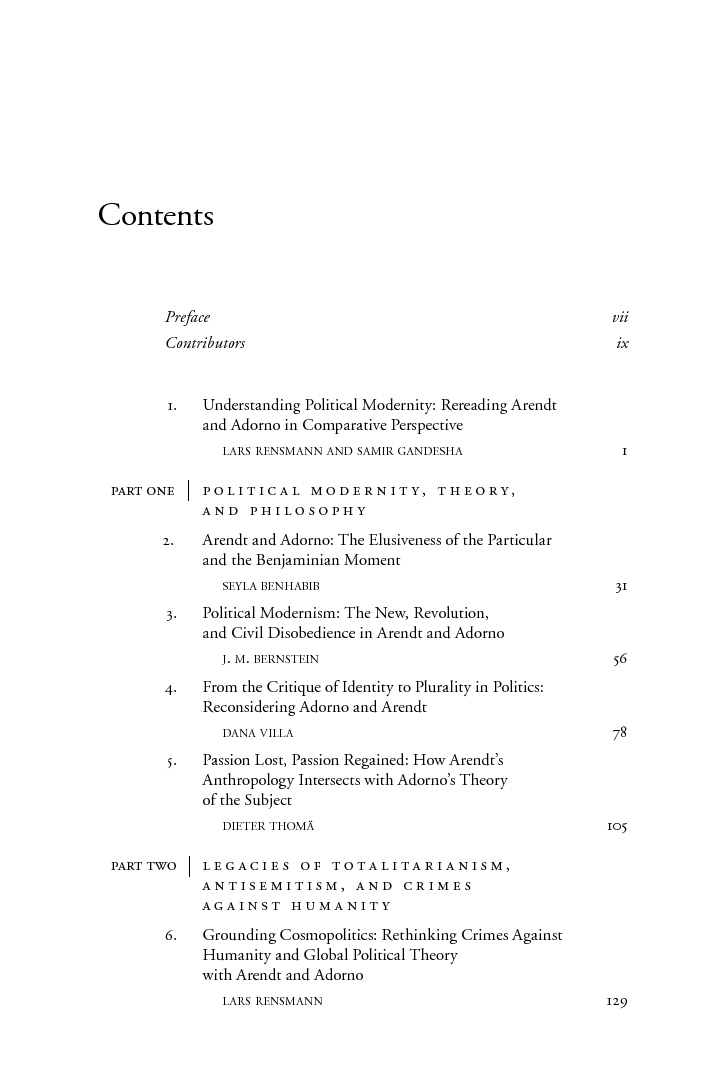