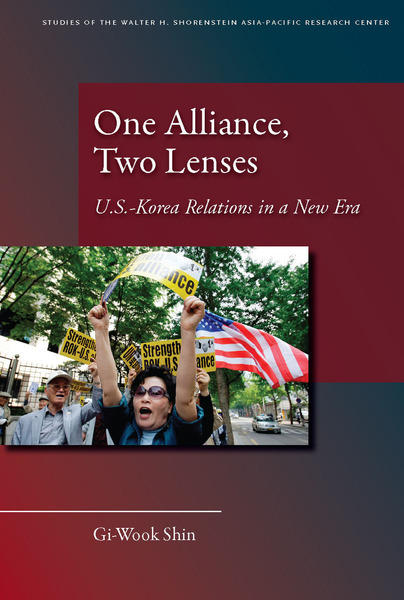 One Alliance, Two Lenses examines U.S.-Korea relations in a short but dramatic period (1992–2003) that witnessed the end of the Cold War, South Korea's full democratization, inter-Korean engagement, two nuclear crises, and the start of the U.S. war on terror. These events have led to a new era of challenges and opportunities for U.S.-South Korea (ROK) relations.

Based on analysis of newly collected data from major American and Korean newspapers, this book argues that the two allies have developed different lenses through which they view their relationship. Shin argues that U.S.-ROK relations, linked to the issue of national identity for Koreans, are largely treated as a matter of policy for Americans—a difference stemming from each nation's relative power and role in the international system.

Offering rich empirical data and analysis of a critically important bilateral relationship, Shin also presents policy suggestions to improve a relationship, which—after 50 years—has come under more sustained and serious criticism than ever before.

Gi-Wook Shin is the director of Walter H. Shorenstein Asia-Pacific Research Center and professor of sociology at Stanford University. His most recent book publication is Cross-Currents: Regionalism and Nationalism in Northeast Asia.

"[A] detailed study and analysis of newspaper coverage in the two countries . . . [R]eal and fresh."

"Based on solid research, One Alliance, Two Lenses is a jargon-free and interesting study of the alliance, offering useful policy insights on how to improve this ever-expanding partnership."

"Shin's triple achievement is in offering exceptional depth in analyzing U.S-South Korean relations during a pivotal period, presenting the premier case study of how identity politics shape a bilateral relationship, and establishing a model in using the media to show how national identities are linked to perceptions of another state. This book sets a high standard for scholarship."

"In a major contribution to the scholarship on the U.S.-Korea relationship, Shin unearths a fundamental mismatch in the ways Koreans and Americans see their relationship. Understanding the mismatch, which this sophisticated book meticulously documents, would help us better grasp, and hopefully improve, a relationship that remains vital to the region's peace and prosperity." 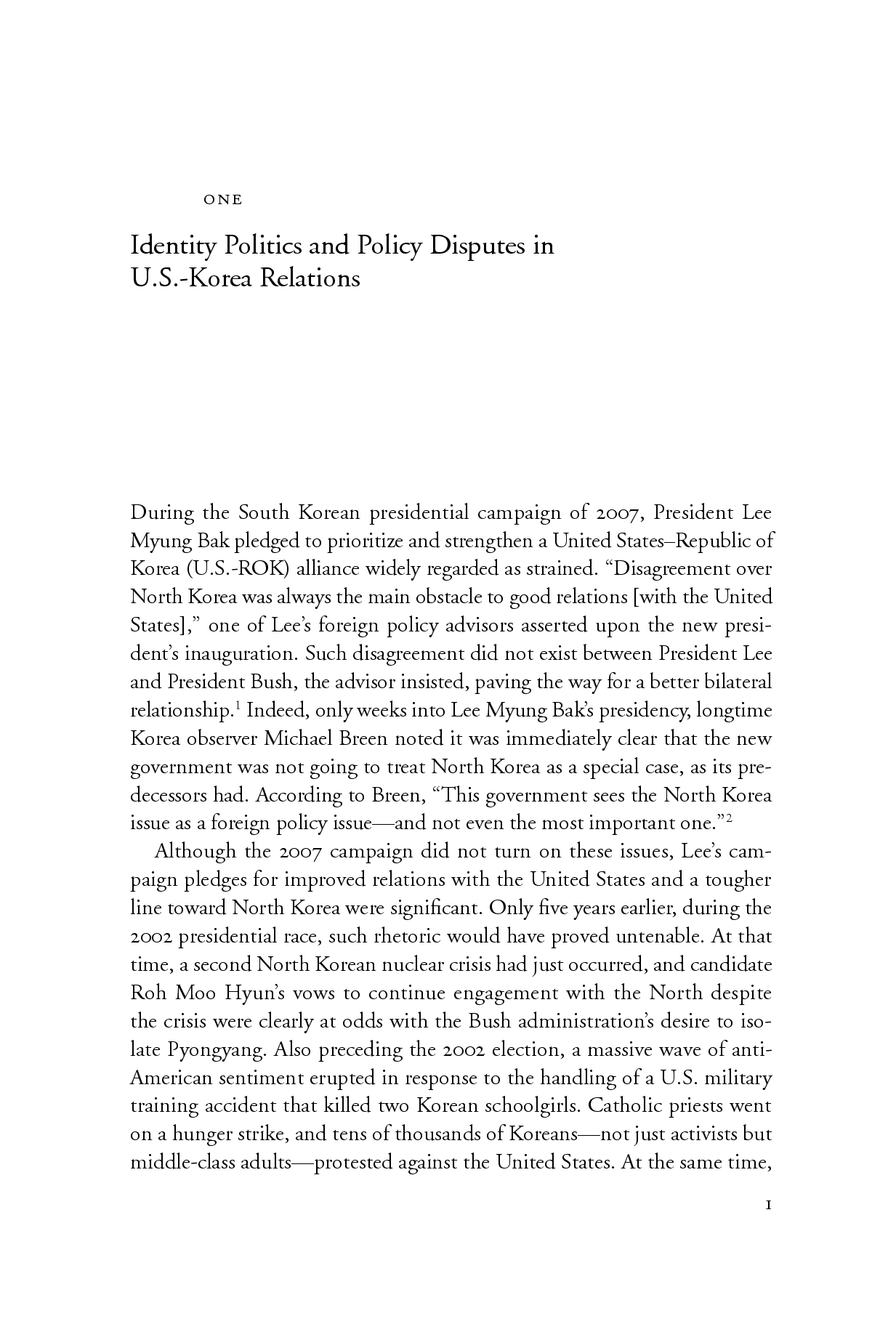 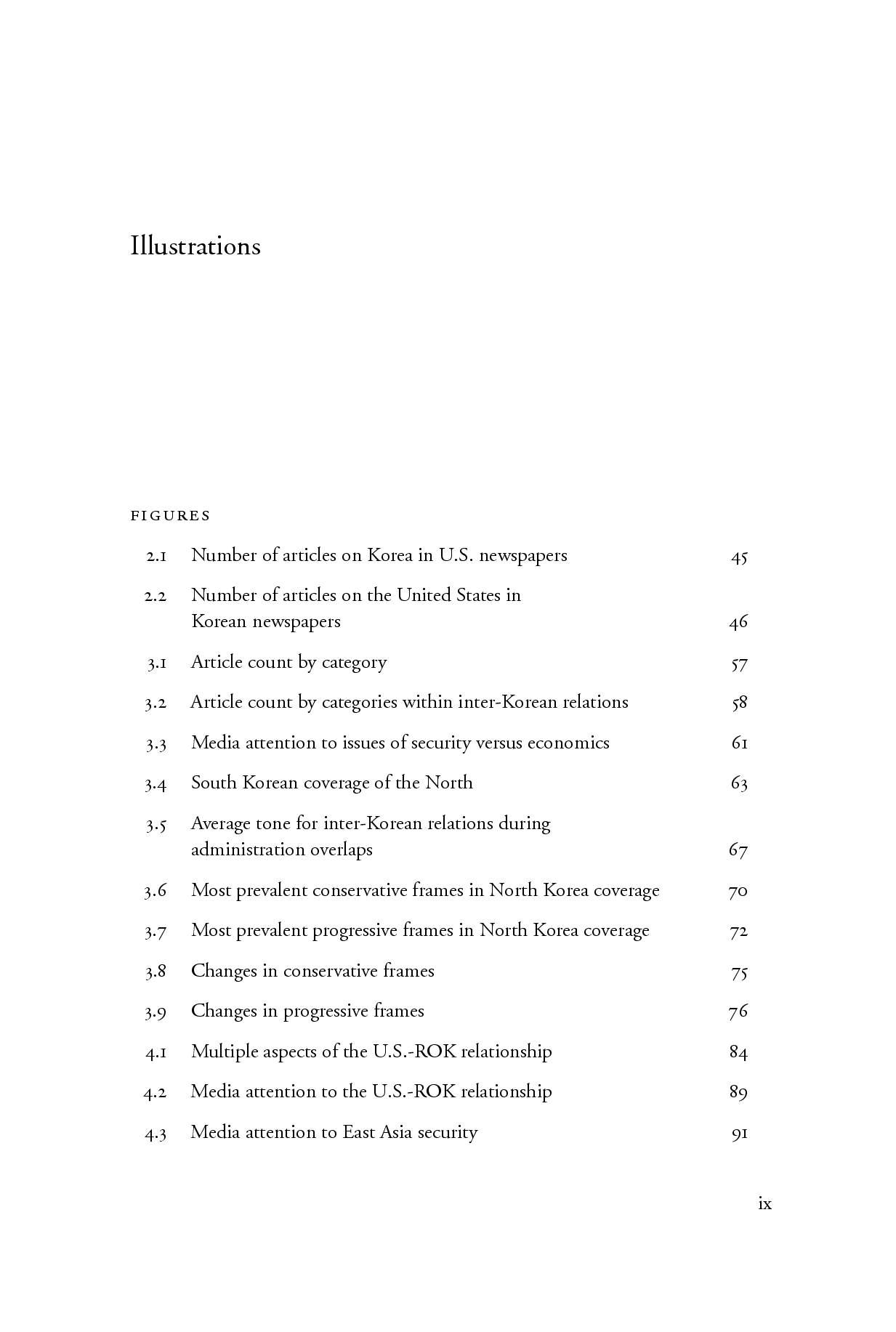 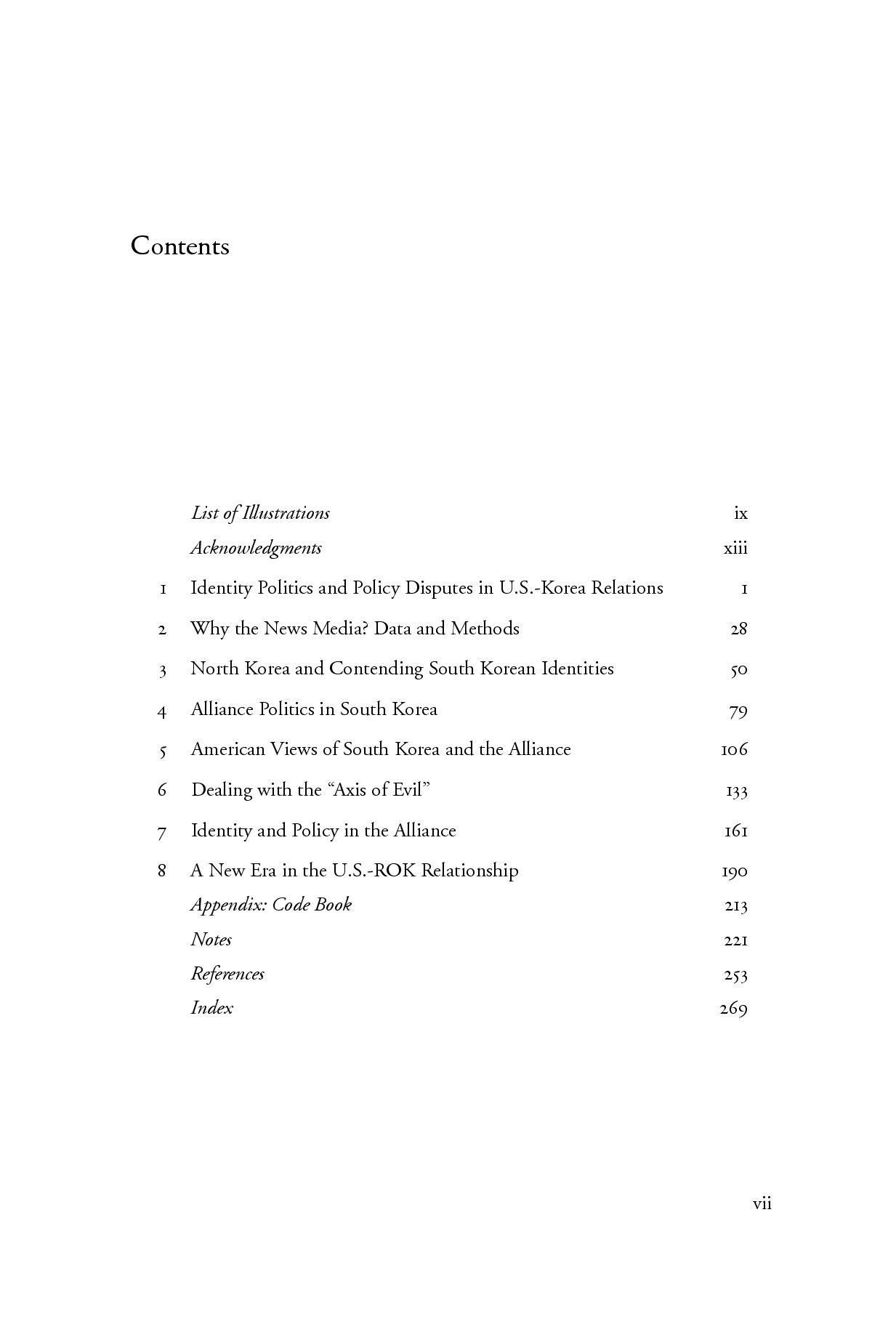