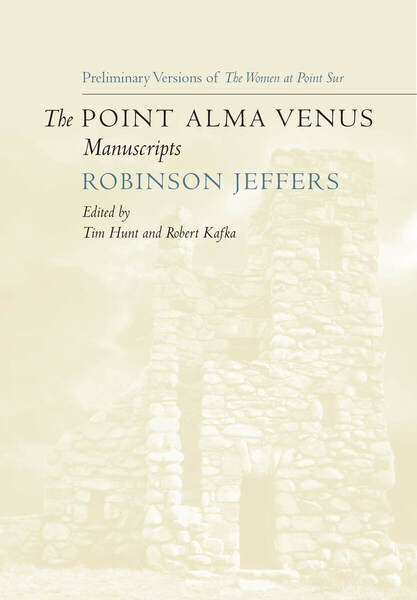 The years 1921 to 1927 were the most productive of Robinson Jeffers's career. During this period, he wrote not only many of his most well-known lyric poems but also Tamar, The Tower Beyond Tragedy, Roan Stallion, and The Women at Point Sur—the long poems that first established his reputation as a major American poet. Including an introduction, chronology, and critical afterword, the Point Alma Venus manuscripts presented here gather Jeffers's four unfinished but substantial preliminary attempts at what became The Women at Point Sur, which Jeffers believed was the "most inclusive, and poetically the most intense" of his narrative poems.

The Point Alma Venus fragments and versions shed important light on the composition and themes of The Women at Point Sur. Further, they likely predate other key work from this crucial period, making them a necessary context for those who wish to clarify Jeffers's poetic development and to reinterpret his practice of narrative poetry. Ultimately, they call on general and scholarly readers alike to reconsider Jeffers's place in the canon of modern American poetry.