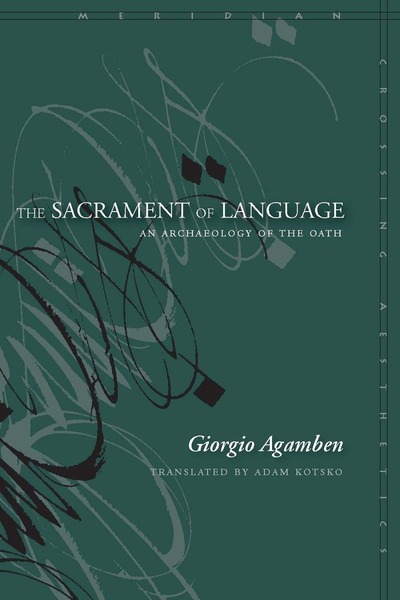 The Sacrament of Language
An Archaeology of the Oath
Giorgio Agamben Translated by Adam Kotsko
SERIES: Meridian: Crossing Aesthetics

This book is a continuation of Giorgio Agamben's investigation of political theory, which began with the highly influential volume Homo Sacer: Sovereign Power and Bare Life. Having already traced the roots of the idea of sovereignty, sacredness, and economy, he now turns to a perhaps unlikely topic: the concept of the oath. Following the Italian scholar Paolo Prodi, Agamben sees the oath as foundational for Western politics and undertakes an exploration of the roots of the phenomenon of the oath in human experience. He rejects the common idea that the oath finds its origin in religion, arguing instead that the oath points toward a particular response to the experience of language, a response that gave birth to both religion and law as we now know them. This book is important not only for readers of Agamben or of continental philosophy more broadly, but for anyone interested in questions relating to the relationships among religion, law, and language.

Giorgio Agamben, an Italian philosopher and radical political theorist, is Professor of Philosophy at the University of Venice. Stanford University Press has published eight of his previous books: Homo Sacer (1998), Potentialities (1999), The Man Without Content (1999), The End of the Poem (1999), The Open (2004), The Time that Remains(2005), "What is an Apparatus?" and Other Essays (2009), and, most recently, Nudities (2010).

"Giorgo Agamben's The Sacrament of Language: An Archeology of the Oath is a stunning intellectual foray into the connections between religion, law, and language." 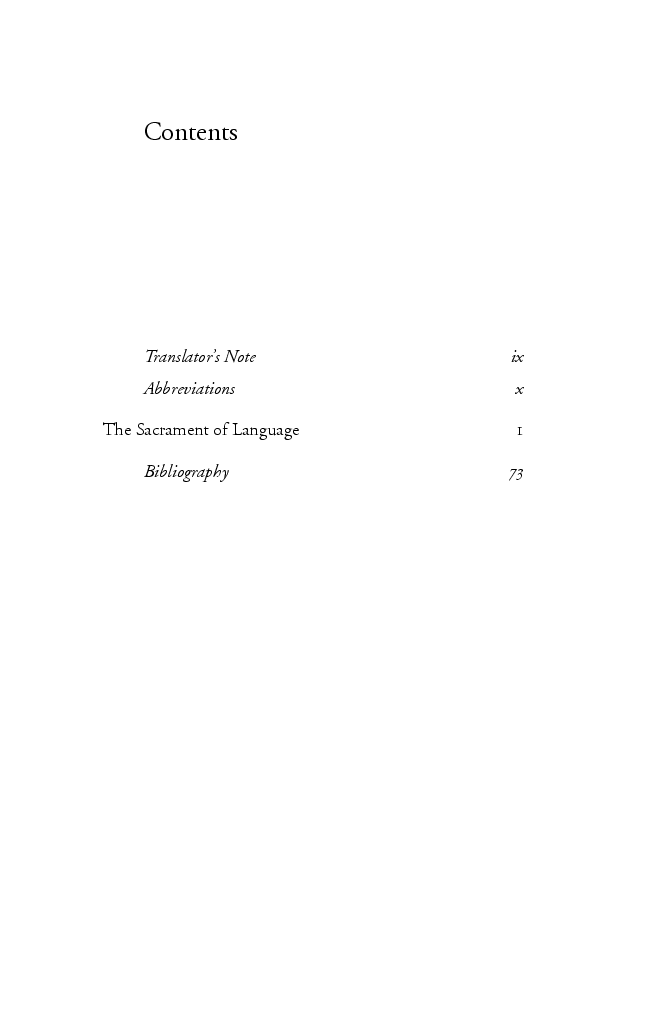