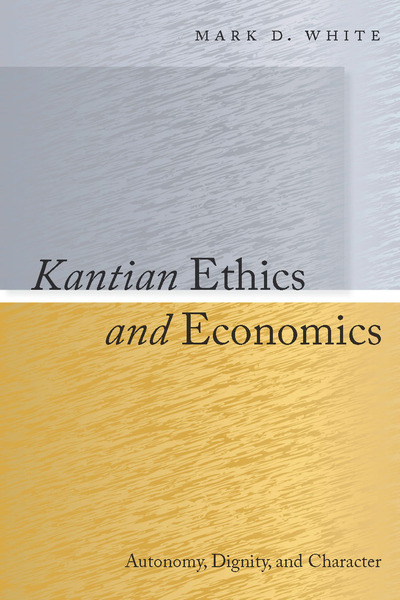 This book introduces the moral philosophy of Immanuel Kant—in particular, the concepts of autonomy, dignity, and character—to economic theory, explaining the importance of integrating these two streams of intellectual thought. Mainstream economics is rooted in classical utilitarianism, recommending that decision makers choose the options that are expected to generate the largest net benefits. For individuals, the standard economic model fails to incorporate the role of principles in decision-making, and also denies the possibility of true choice, which can be independent of preferences and principles altogether. For policymakers, standard decision-making frameworks recommend tradeoffs that are beneficial in terms of material goods or wealth, but may be morally questionable from a more person-centered perspective.

Integrating Kantian ethics affects economics in three important ways. This integration allows for a more complete understanding of human choice, incorporating not just preferences and constraints, but also principles and strength of will or character. It demonstrates the broader impact of welfare economics, which generates policies that affect not only persons' well-being, but also their dignity and autonomy. Finally, it reconciles the traditional, individualist stance in economic models of choice with the social responsibility emphasized by many systems of philosophical ethics and heterodox schools of economics.

Mark D. White is Professor in the Department of Political Science, Economics, and Philosophy at the College of Staten Island and The Graduate Center, CUNY. He has edited several books, the most recent of which are Accepting the Invisible Hand and The Thief of Time.

"There is much here that will repay careful reading . . . This is a particularly worthwhile read for Christian economists, not only for its intriguing secular insights, but also for its critique of normative economics from premises which are similar but not identical to the Christian concept of human dignity . . . A Christian economist who wants to explore the implications of human dignity for normative economics will find an important ally in White."

"Here we have a robust, well-conceived and serious book. It is a breath of fresh air, which improves understanding of preference structures in economic decision models that are better suited to the reality of normal economic science . . . this is a well-penned text from a literary perspective; it exudes dexterity, fluency, and boasts a refined sense of humor."

"White objects that the emphasis on inclinations and beliefs makes economics careless of rights, dignity, and autonomy . . . His book is a careful reproach to a discipline too often oblivious to individual rights because they are preoccupied by aggregate market efficiency . . . Economists reading White's book will find much to value."

"Mark D. White's book on Kantian Ethics and Economics is an outstanding example of mastery in both fields. . . [A] treatise written in a way that is accessible to graduates and to all economists, increasing the reader's knowledge without being too demanding in terms of pre-existing knowledge."

"This remarkable book provides a new ethical perspective for economics based on Kantian ethics of autonomy and dignity . . . [It] is clearly written, and the author has upheld the interdisciplinary appeal of the topic, demonstrating an outstanding knowledge of the vast literature on ethics (both Kantian and not) and economics. White's emphasis on the irreducibility of moral principles is absolutely relevant for current economics and political debates."

—Ivan Boldyrev, Journal of the History of Philosophy

"This interesting book presents itself as an introduction to economists of the moral philosophy of Immanuel Kant . . . [T]he reference point from which the author develops his critique of the ethical foundations of mainstream economics is quite a sophisticated . . . view of Kant's conception of morality."

"This book makes an original and valuable contribution by introducing the philosophy of Kant and the concepts of autonomy, dignity, and character into economics. Mark White is to be complemented for raising fundamentally important questions about economics' theory of choice. The book will be a landmark in social economics."

"Relentlessly utilitarian and procedurally-detached, economic man takes no account of the duty to treat morally equivalent persons impartially. In contrast, the decision environment contemplated by Professor White's Kantian agent is congenial to the cultivation of respect for the moral law. The implications for social interaction and for public policy are profound. A must read!"

—Timothy Roth, Department of Economics & Finance, The University of Texas at El Paso

"For too long it was almost universally thought that utility theory, and so economics, was intrinsically and solely about means/end rationality and achieving the best consequences. Principled action, it was agreed, could not be integrated into formal decision theory and economics. Mark White's wonderful and important book shows this to be a fundamental error. White's Kantian ethics opens a much richer, and far more adequate, normative analysis to economics, freeing economics from an impoverished view of humans and ethics. White holds out to us the promise of an economics as a science of human dignity and autonomy." 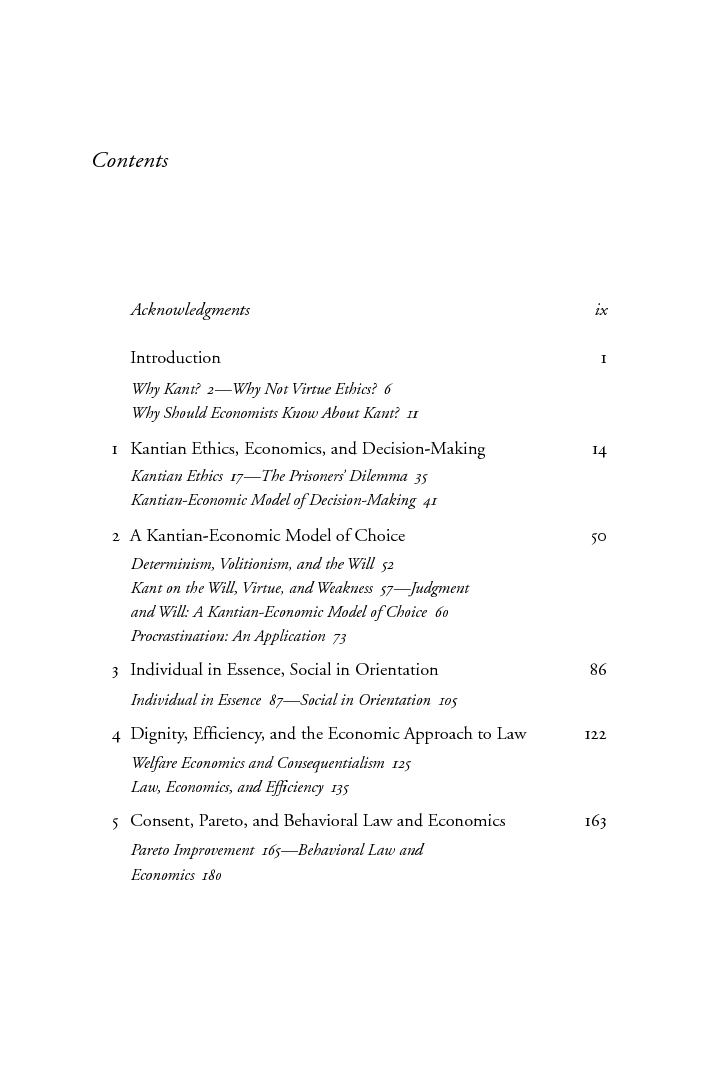