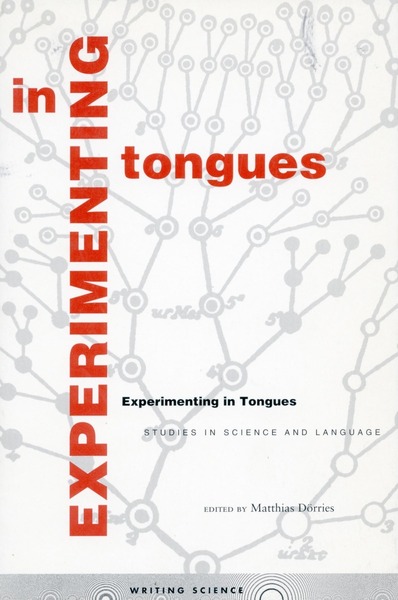 References to language abound in the sciences: biologists speak about “reading” the human genome and “rewriting” the genetic code, computer scientists develop “programming language,” and mathematicians seek a “universal symbolic language.” What is behind these references to language, and what do they say about how science actually works? This concise but ambitious volume brings together leading scholars in the history of science to address these questions from a variety of perspectives: the historical, methodological, and ideological motivations behind scientists’ use of language metaphors. In so doing, they ask whether and under what conditions analogies to language gain power, whether and under what conditions they are replaced by more fruitful ones, and, crucially, whether nature ever really operates and develops like a language.

Against recent trends in rhetorical studies of science, the essays in the volume resist reducing language to a role as the symbolic embodiment of “larger” social forces. Instead, they focus on language’s productive power as a generator of knowledge. For scientists in various disciplines, language is much more than a means of expression through which they preferentially argue their cases. It is a conceptual tool for scientific inquiry, and the choices scientists make vary over time with their ever-evolving knowledge about language and, equally, with shifting interests and means of inquiring into nature. The essays thus demonstrate a situation of mutual adaptation between the linguistic and scientific realms, and of continuous adjustments between knowledge about language and knowledge about nature.

Matthias Dörries is Professor of the History of Science at the Université Louis Pasteur, Strasbourg. This is his first book in English.

"Though ranging from early modern astrology to contemporary genetics and computer sciences, Experimenting in Tongues coheres beautifully in its analysis of the roles of metaphor and language in science. Dorries' thoughtful introduction complements this volume's insightful contributions. The result promises to push our understanding of metaphor in science to a higher level."