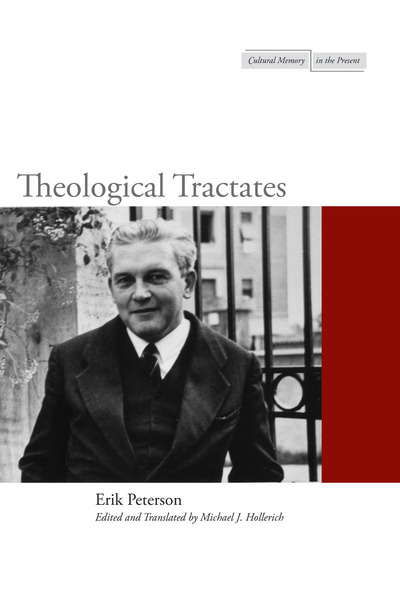 Theological Tractates
Erik Peterson Edited, Translated, and with an Introduction by Michael J. Hollerich
SERIES: Cultural Memory in the Present

The essays in Theological Tractates were published between 1925 and 1937, during which time Erik Peterson converted from Protestantism to Roman Catholicism. They deal with a range of theological topics—from the thought of Protestant theologian Karl Barth, to liturgy, the Church in the New Testament, Christianity and Judaism, angels, martyrdom, and mysticism. Among them is Peterson's landmark essay on ancient "political theology," "Monotheism as a Political Problem," which shows how ancient writers—pagans, Jews, and Christians—justified earthly monarchy by its parallel with the monotheistic belief in one divinity in heaven. Peterson asserted that such a political theology was incompatible with Christianity, a thesis that became a reference point for modern political theology.

Erik Peterson (1890–1960) was a German theologian, scholar of early Christianity, and friend and colleague of Karl Barth and Carl Schmitt.

Michael J. Hollerich is Professor of Theology at the University of St. Thomas. He is the author of Eusebius of Caesarea's Commentary on Isaiah: Christian Exegesis in the Age of Constantine (1999).

"The text by Peterson problematizes the relationship between theological rhetoric, politics, and modernity and are therefore valuable contributions to the literature on this period of 20th-century political and religious history."

"This volume presents the opportunity to move Peterson's thought from the footnotes to the main body of the narrative of the modern history of ideas. It contains some of his most brilliant and significant writing and shows that his arguments had unmistakable resonances with the problems of twentieth-century intellectual culture."

"Erik Peterson was Germany's most famous convert from Protestantism to the Catholic Church in the period between the two World Wars and one of Germany's most gifted theologians. While [Peterson has been] forgotten by many, Pope Benedict XVI has been a student of his works for a long time. We are indebted to the labors of Michael Hollerich to ensure that an English-speaking readership is now able to encounter one of the great theologians of the twentieth century." 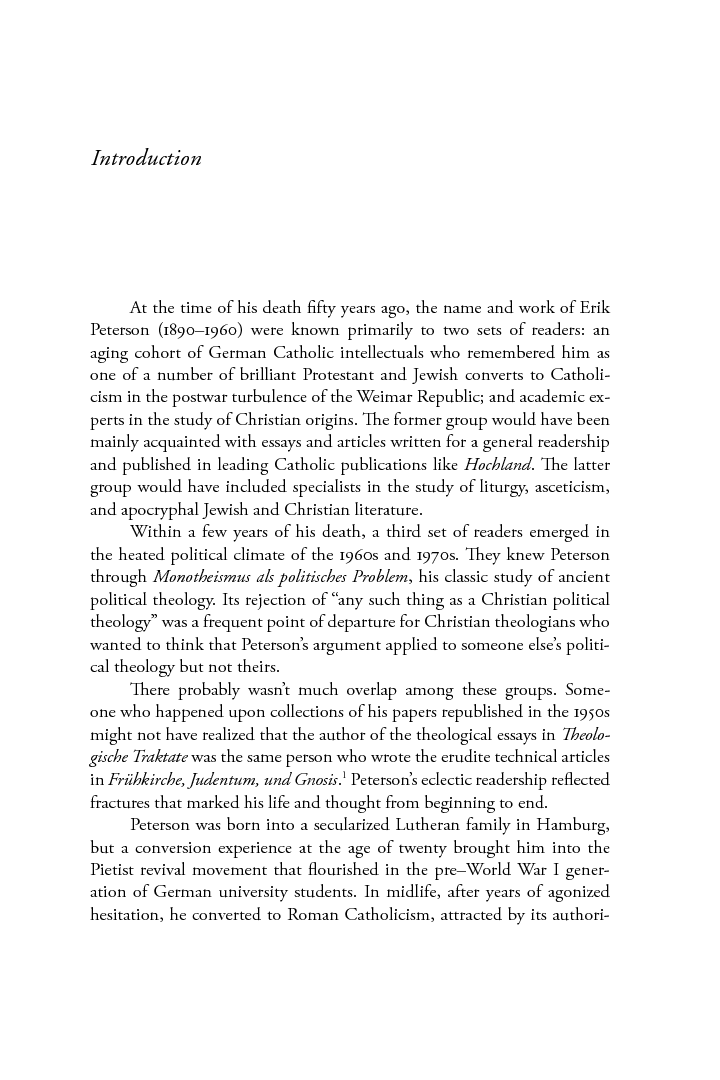 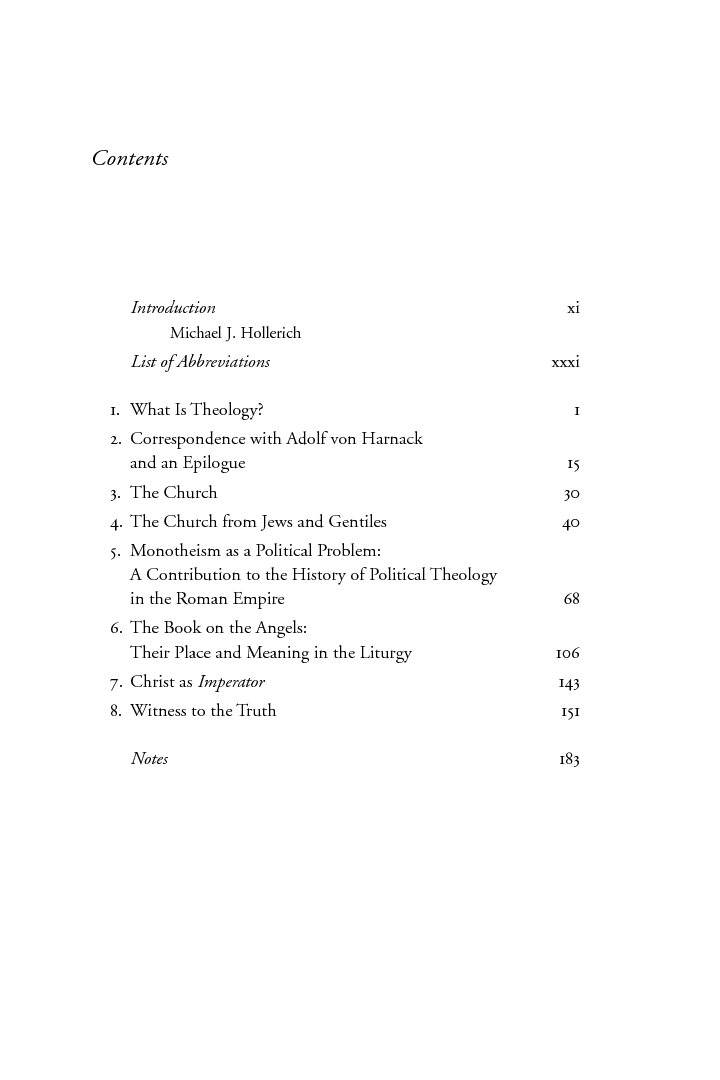