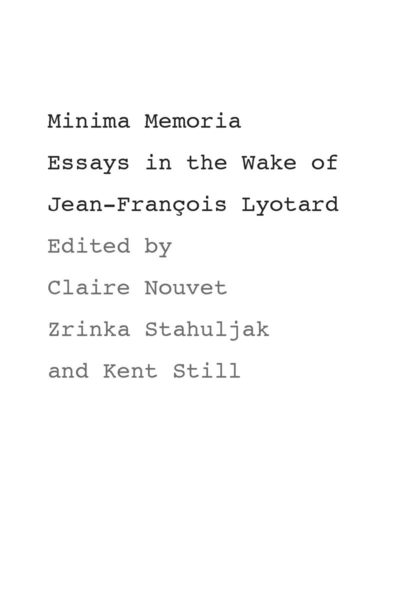 Minima Memoria attests to the impact of the works of Jean-François Lyotard, one of the most influential French philosophers of the twentieth century, and the continuing effects of these works across a wide array of fields: philosophy, literature, political theory, gender theory, aesthetics, and psychoanalysis. Particular attention is paid to Lyotard's repeated warnings regarding the way in which the complexity of events can be occluded in the very attempt to represent them. Indeed, through the contributors' careful and critical analysis, Lyotard's complex intellectual trajectory—all the way up to the posthumously published works The Confession of Augustine and The Misery of Philosophy—is traced in different and often conflicting manners, which bring out the different currents that traverse his writings and the sites of tension that such terms as "different," "affect," and "infancy" mark. What emerges is not a grand narrative that would organize Lyotard's life and work around one unifying idea, but multifaceted approaches that extend in new and unforeseen directions.

Claire Nouvet is Associate Professor in the Department of French and Italian at Emory University, where she is Fellow in the Psychoanalytic Institute. She is editor of Literature and the Ethical Question (1991). Zrinka Stahuljak is Assistant Professor of French at the University of California, Los Angeles. She is author of Bloodless Genealogies of the French Middle Ages: Translatio, Kinship and Metaphor (2005). Kent Still is a Brittain Fellow in the Department of Literature, Communication and Culture at Georgia Tech and co-editor of Addressing Levinas (2005).

"...a very high calibre contribution which succeeds in uncovering the power, sensitivity, and depth of Lyotard's thought, and in demonstrating its relevance for contemporary problems. As such, it succeeds in being the kind of 'wake' the authors intended." 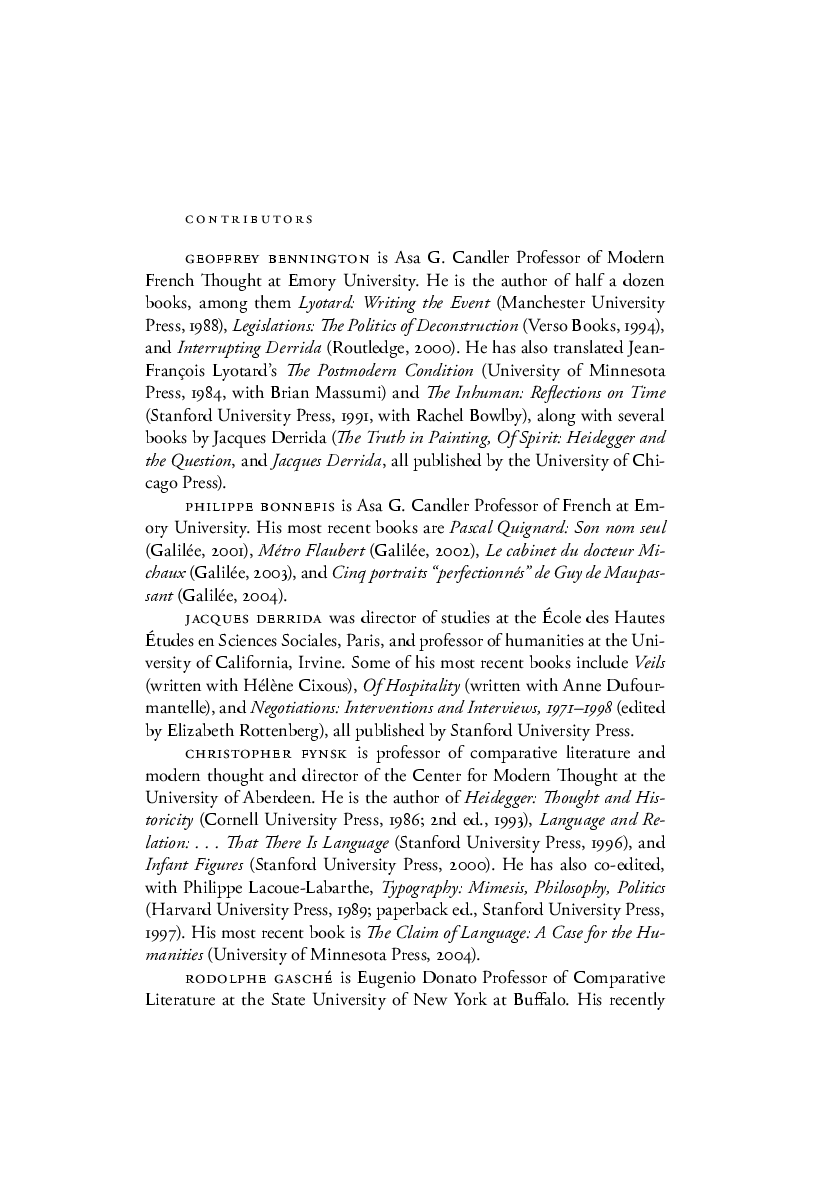 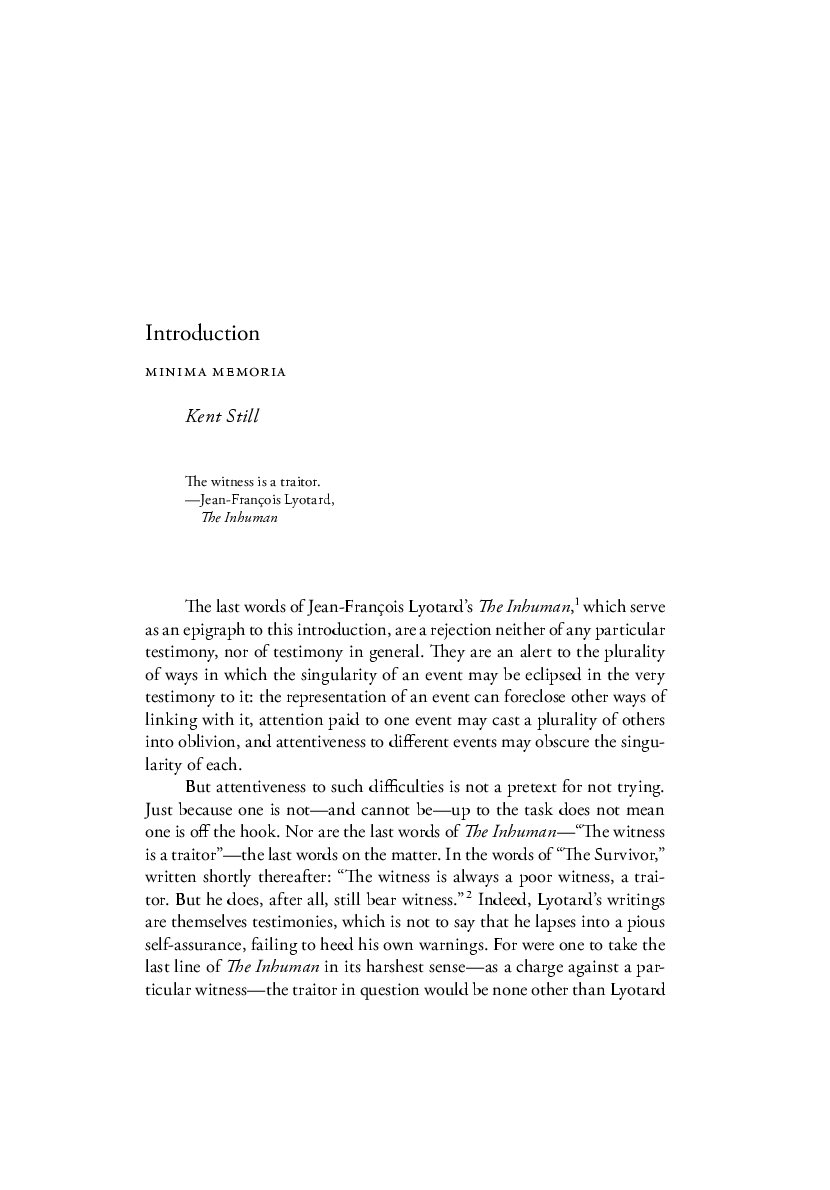 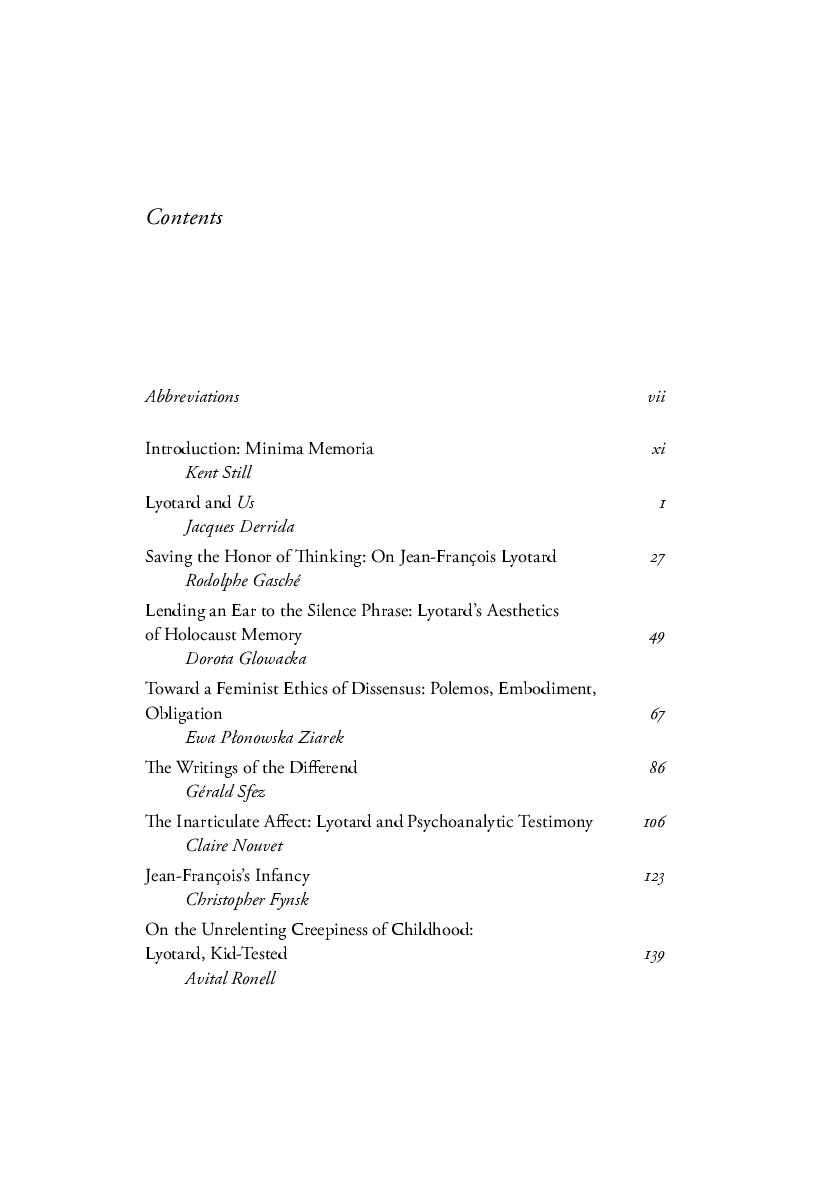