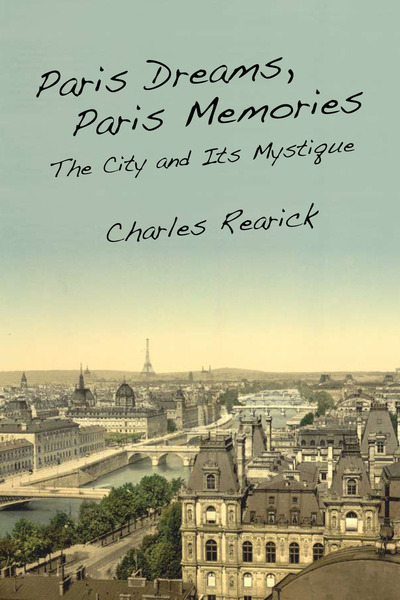 How did Paris become the world favorite it is today? Charles Rearick argues that we can best understand Paris as several cities in one, each with its own history and its own imaginary shaped by dream and memory. Paris has long been at once a cosmopolitan City of Light and of modernity, a patchwork of time-resistant villages, a treasured heirloom, a hell for the disinherited, and a legendary pleasure dome. Each of these has played a part in making the enchanting, flawed city of our time.

Focusing on the last century and a half, Paris Dreams, Paris Memories makes contemporary Paris understandable. It tells of renewal projects radically transforming neighborhoods and of counter-measures taken to perpetuate the city's historic character and soul. It provides a historically grounded look at the troubled suburbs, barren of monuments and memories, a dumping ground for unwanted industries and people. Further, it tests long-standing characterizations of Paris's uniqueness through comparisons with such rivals as London and Berlin. Paris Dreams, Paris Memories shows that in myriad forms—buildings, monuments, festivities, and artistic portrayals—contemporary Paris gives new life to visions of the city long etched in Parisian imaginations.

Charles Rearick is the author of Beyond the Enlightenment: Historians and Folklore in Nineteenth-Century France (1974), Pleasures of the Belle Epoque: Entertainment and Festivity in Turn-of-the-Century France (1985), and The French in Love and War: Popular Culture in the Era of the World Wars (1997). He is Professor Emeritus of History at the University of Massachusetts, Amherst, and a frequent visitor to Paris.

"Charles Rearick has written a rich and entertaining history of the French capital's predominant myths and 'image-making' from the nineteenth century to the present. Paris Dreams, Paris Memories is at once a study of historical love letters to the city and a scholarly homage marked throughout by the author's own affection for the Parisian past and present. Drawing on a range of material—Paris guidebooks and histories, literary works, the popular press, government documents, and an impressive array of secondary works—Rearick's is a book that only someone with decades of experience studying France and traveling to its capital could write . . . There is much to love about Paris, its illuminated past, present and future. Paris Dreams is packed with intriguing citations, fascinating stories, and wonderfully textured descriptions of a village/mecca/world that Rearick himself has explored and clearly enjoyed over many years."

"This book will provide a useful introduction to the history of the Paris imaginary. Like a pleasant stroll through the city, one finds much that one has already seen, but also plenty that one has not. The ballade is personal and well-informed and as one turns the final pages, one is desirous of yet another. This is no doubt the greatest proof of what Rearick has called Paris's mystique."

"Paris Dreams, Paris Memories is a fascinating and highly readable book, fully succeeding in adding an innovative spin on the familiar history of Paris as a whole. Through a cultural approach to urban history, the author sets out to investigate the historical sources of Paris's mystique . . . [He] captures the speed of Parisian urban transformation in an engaging study and avoids freezing the cityscape in his analysis."

"Rearick has written not so much a history of Paris, but a history of the history of Paris. He deals with the ways observers (mostly Parisian) have envisaged the city and confronted the ways in which it has changed. This is a book who will appeal to anyone—tourist or professional historian—who has learned to love Paris, warts and all."

"Rearick is an expert guide through the tricky territory of people's perceptions and expectations, and his discussion of the tension between Parisians who would preserve their vision of the past and those who would modernize the city is important for understanding how Paris functions today. Rearick shows how Paris has always been a mixture of beauty and filth, and indeed how those seamier elements have contributed to the mythmaking of the city." 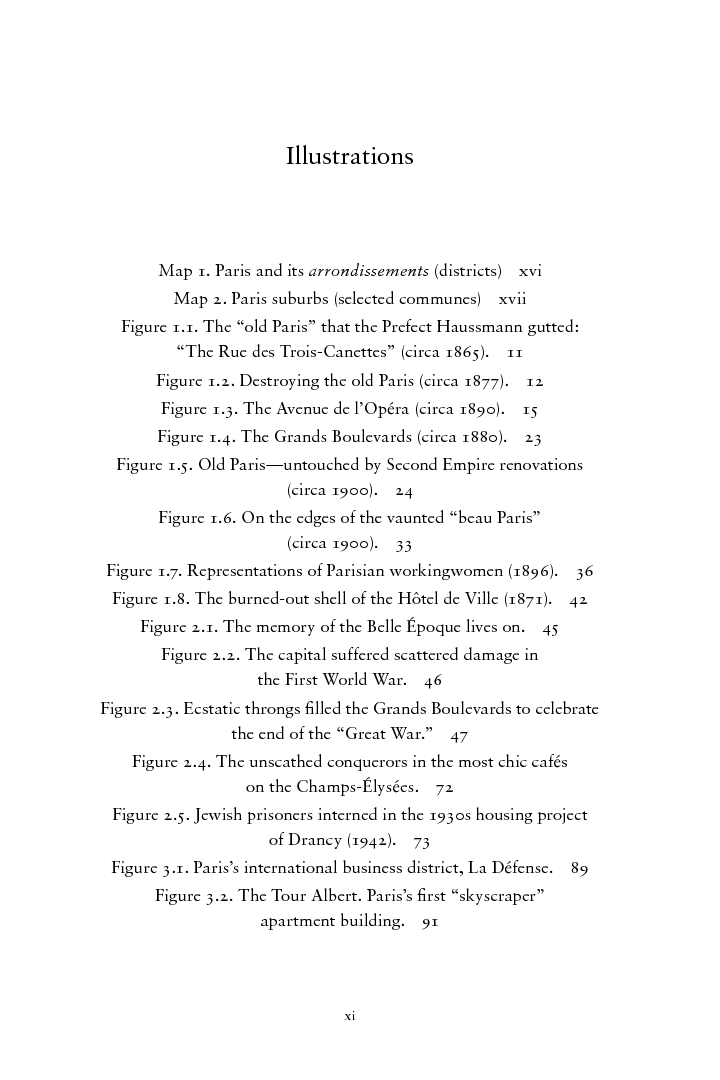 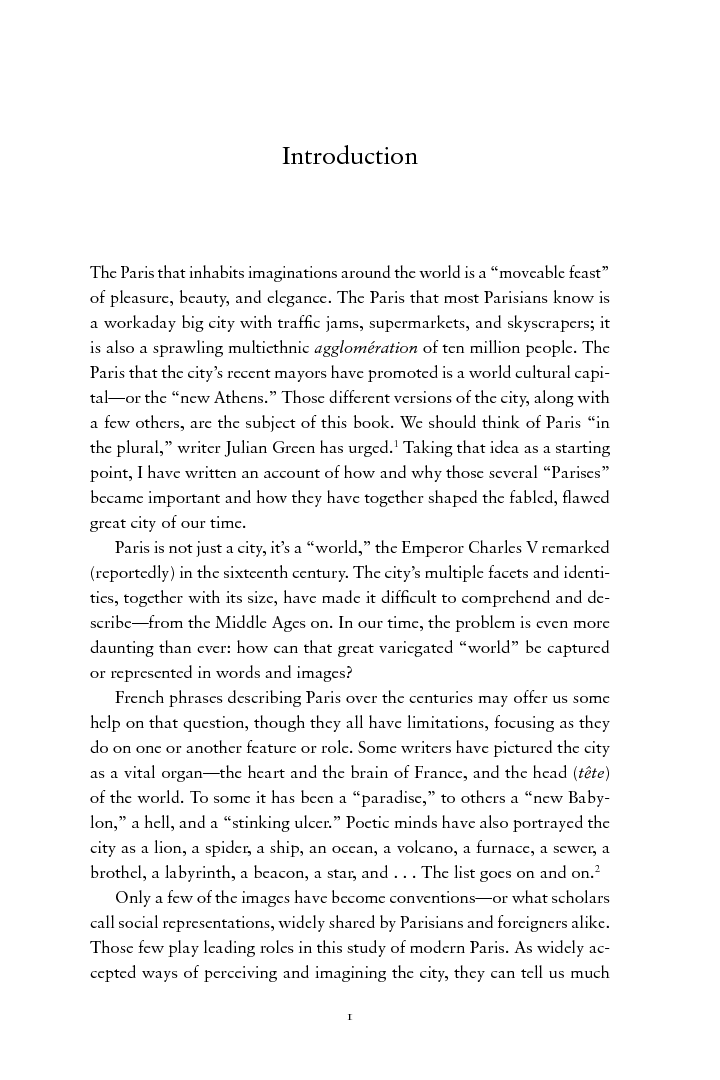 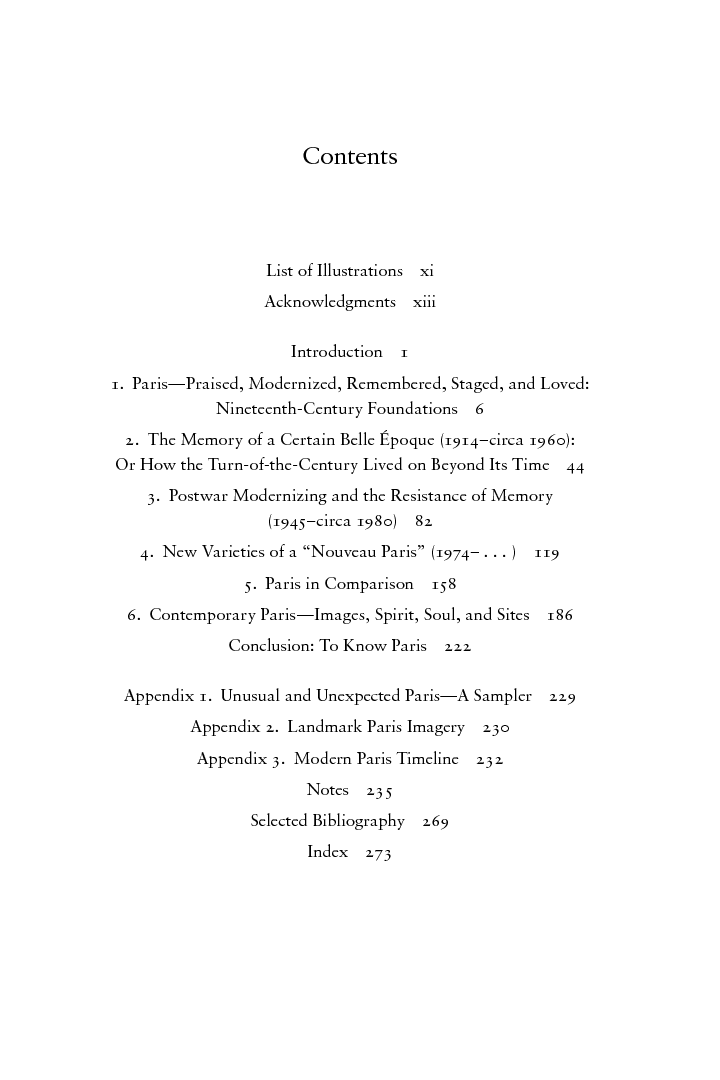