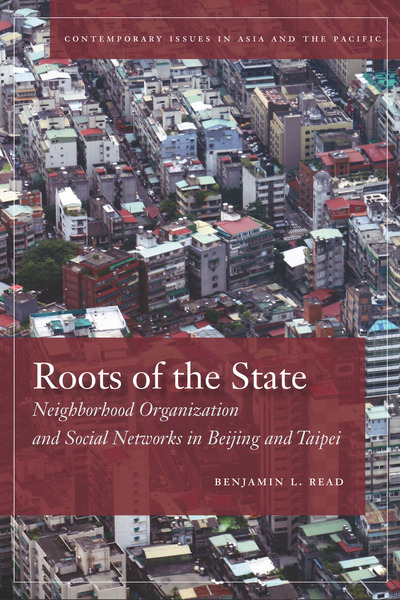 Roots of the State
Neighborhood Organization and Social Networks in Beijing and Taipei
Benjamin L. Read
SERIES: Contemporary Issues in Asia and the Pacific

Benjamin L. Read views the work of the neighborhood associations he studies as a form of "administrative grassroots engagement." States sponsor networks of organizations at the most local of levels, and the networks facilitate governance and policing by building personal relationships with members of society. Association leaders serve as the state's designated liaisons within the neighborhood and perform administrative duties covering a wide range of government programs, from welfare to political surveillance. These partly state-controlled entities also provide a range of services to their constituents.

Neighborhood associations, as institutions initially created to control societies, may underpin a repressive regime such as China's, but they also can evolve to empower societies, as in Taiwan. This book engages broad and much-discussed questions about governance and political participation in both authoritarian and democratic regimes.

Benjamin L. Read is Assistant Professor of Politics at the University of California, Santa Cruz. With Robert Pekkanen, he is co-editor of Local Organizations and Urban Governance in East and Southeast Asia: Straddling State and Society (2009).

"Benjamin Read's Roots of the State is a fascinating account of grassroots administrative organization in East Asia and Southeast Asia, with a focus on the capital cities of Beijing and Taipei."

"I find this a well-researched and conscientious piece of research. It is rich in its theoretical contributions, marshaling of evidence and its analysis is first-rate. I gladly recommend this book to social scientists interested in how we may meaningfully shift our attention from a conventional theorizing of paternalistic state-society relations (that is, of the 'autonomous' development state) to one focused on a more complex and nuanced analysis of society-state relations (that is, restoring a routine power to the ruled while still acknowledging the power of the state)."

"This impressive new study sheds light on an overlooked trend: the emergence of local neighborhood associations as political actors. Not fully extensions of the state, not fully creations of society, these associations highlight the complexity of local politics, as well as their promise."

"Roots of the State offers an intimate glimpse into the life and work of the neighborhood organizations that are the state's first thread of connection to its citizens. The themes and arguments raised here broaden our understanding of authoritarian regimes and reveal how alternative models of governance operate." 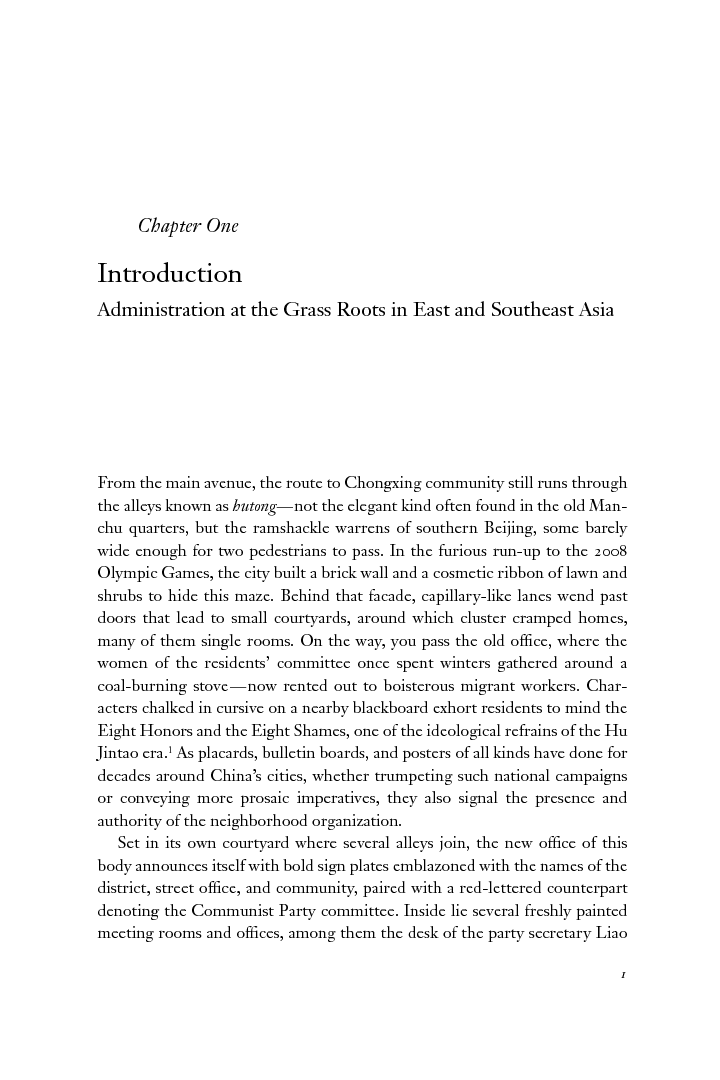 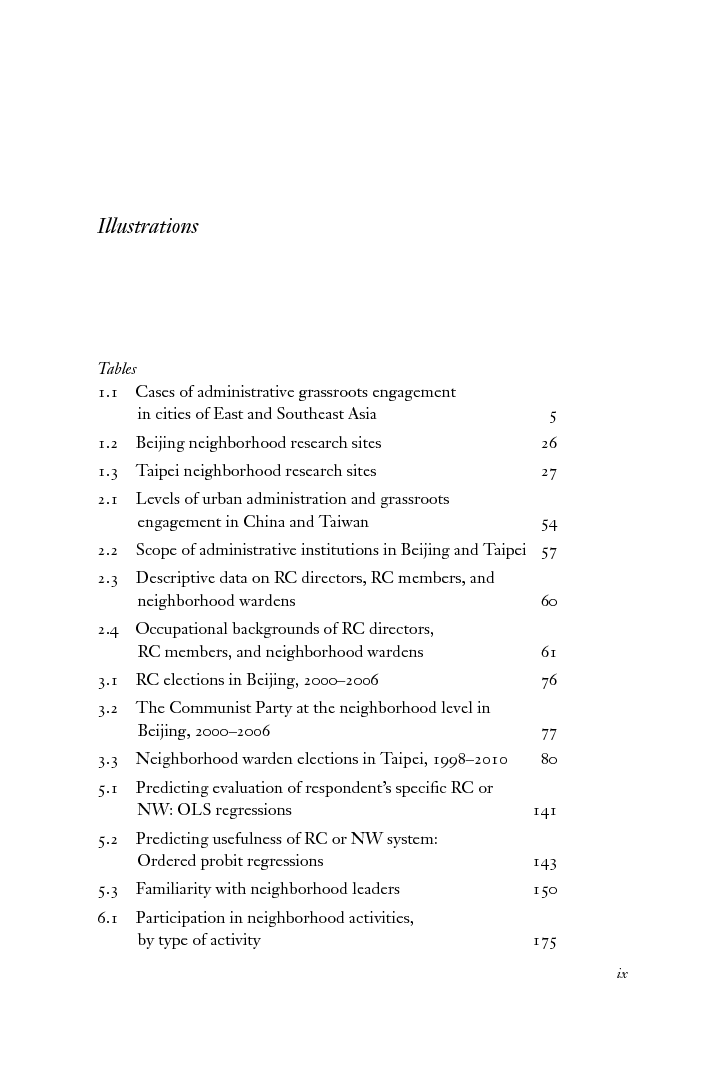 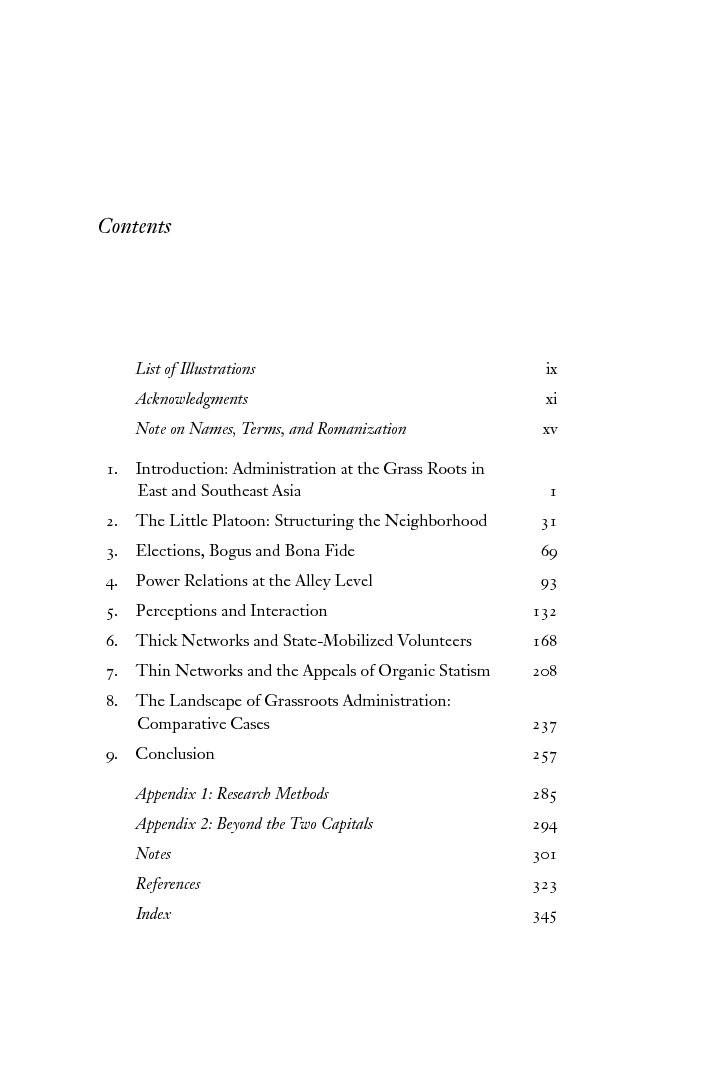