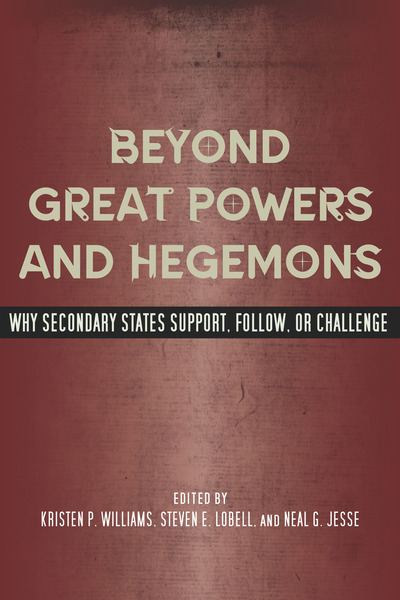 This book adds a new dimension to the discussion of the relationship between the great powers and the weaker states that align with them—or not. Previous studies have focused on the role of the larger (or super) power and how it manages its relationships with other states, or on how great or major powers challenge or balance the hegemonic state. Beyond Great Powers and Hegemons seeks to explain why weaker states follow more powerful global or regional states or tacitly or openly resist their goals, and how they navigate their relationships with the hegemon. The authors explore the interests, motivations, objectives, and strategies of these 'followers'—including whether they can and do challenge the policies and strategies or the core position of the hegemon.

Through the analysis of both historical and contemporary cases that feature global and regional hegemons in Europe, Latin America, the Middle East, Africa, Asia, and South Asia, and that address a range of interest areas—from political, to economic and military—the book reveals the domestic and international factors that account for the motivations and actions of weaker states.

"Beyond Great Powers and Hegemons illustrates how secondary and tertiary states must balance short-term and long-term risks and domestic and international pressures when dealing with hegemons. The authors convincingly demonstrate that regime type does not play the critical role in the decision making process . . . As the world continues to shift toward an unbalanced multipolar power structure where emerging states will try to assert their influence, this volume's findings may prove to be especially important. This book overall is an excellent addition to international relations theory and may provide the foundation for understanding an increasingly complex international system."

"[T]he book provides a strong overview of the relevant literature on hegemon theory and the growing typology of behaviors that are used to explain the actions of secondary states . . . The editors' decision to include a wide range of historical and geographic case studies is to be commended . . . Beyond Great Powers and Hegemons will provide a useful addition to any interested scholar's library. It demonstrates that hegemony is more than simply a one-way relationship, as secondary states have a significant array of foreign policy tools with which to influence and shape exchanges with other states. In an age when China's rise is seen as the determining factor in Asia's future, this book makes an important argument that secondary states will also play an important role in deciding and shaping its rise and the path the region will take."

"The book offers a dozen interesting case histories of responses to global hegemons and regional powers, the best of which delve into the domestic politics of secondary states and the ways in which political elites and interest groups are strengthened or weakened by ties to hegemons and, in turn, how this shapes the national orientation."

"The variety of actors and settings sampled by the chapter authors is rich and diverse . . . The editors and authors are right to raise questions about why the preferences of powerful actors are not always heeded. Whether or not global politics is characterized by unipolarity, the questions remain germane. This volume offers information, arguments, and a number of suggestive hints about these issues and certainly has value in that respect."

"Beyond Great Powers and Hegemons examines how secondary and tertiary states respond to the policies of primary states, a still understudied topic of immense contemporary importance. Drawing on diverse historical and regional cases, the authors provide compelling insights for the management of America's international power."

"Informed and informative, 'Beyond Great Powers And Hegemons' is highly recommended reading and a significant contribution to academic library 'International Studies' and 'Political Science' reference collections and supplemental reading lists." 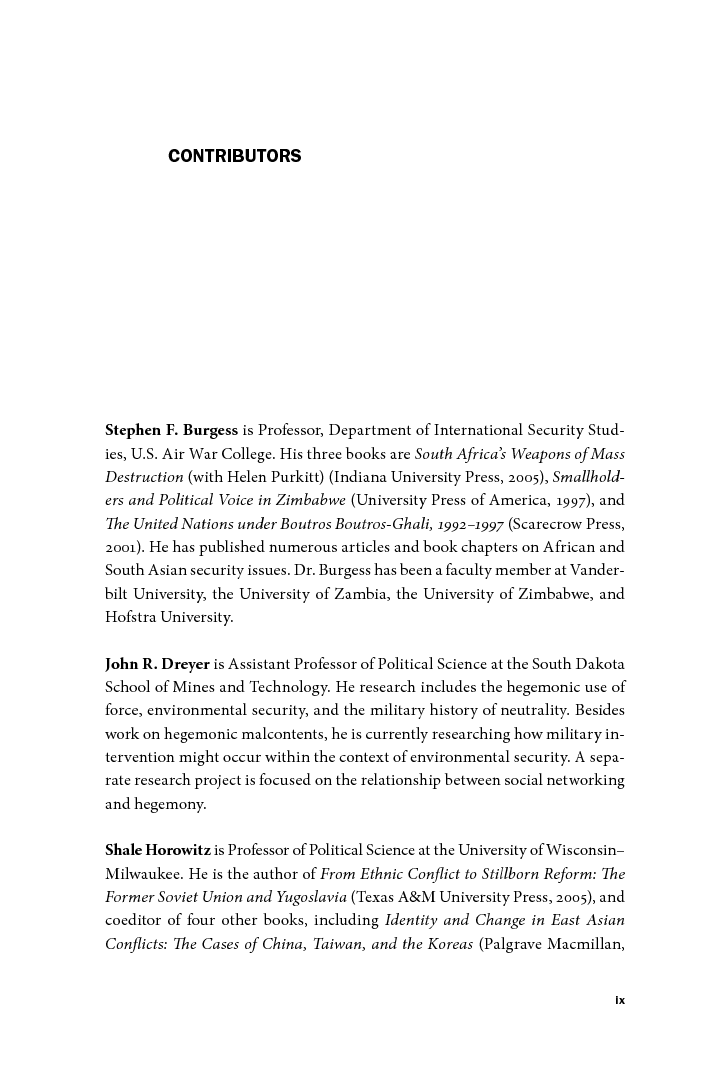 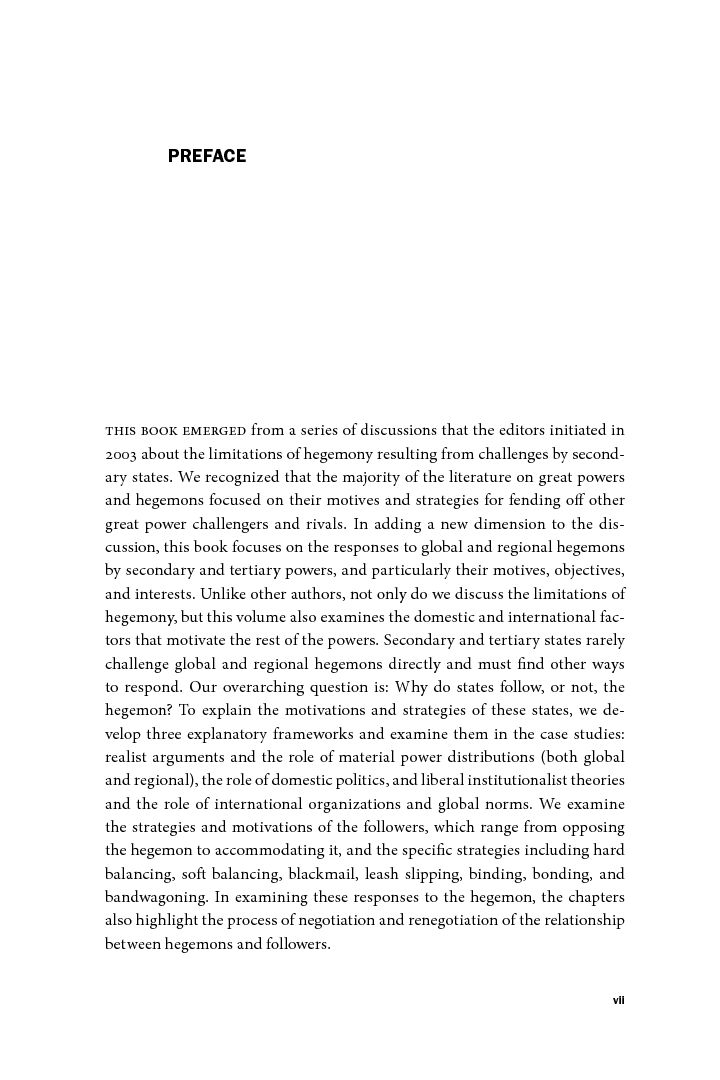 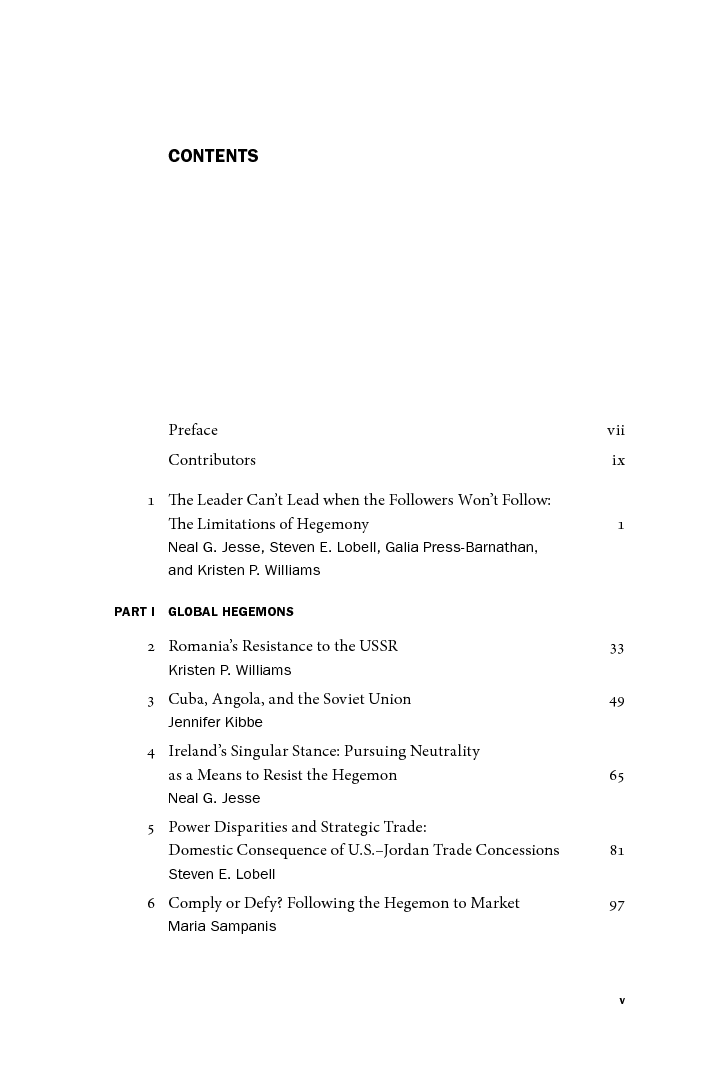