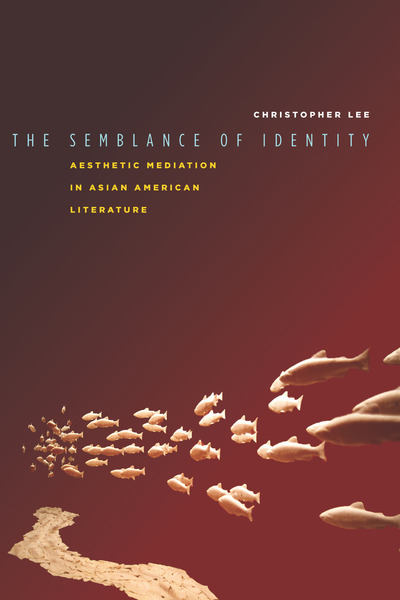 Winner of the 2013 AAAS Book Award in Literary Criticism, sponsored by the Association for Asian American Studies.

The history of Asian American literature reveals the ongoing attempt to work through the fraught relationship between identity politics and literary representation. This relationship is especially evident in literary works which claim that their content represents the socio-historical world. The Semblance of Identityargues that the reframing of the field as a critical, rather than identity-based, project nonetheless continues to rely on the logics of identity.

Drawing on the writings of philosopher and literary critic Georg Lukacs, Christopher Lee identifies a persistent composite figure that he calls the "idealized critical subject," which provides coherence to oppositional knowledge projects and political practices. He reframes identity as an aesthetic figure that tries to articulate the subjective conditions for knowledge. Harnessing Theodor Adorno's notion of aesthetic semblance, Lee offers an alternative account of identity as a figure akin to modern artwork. Like art, Lee argues, identity provides access to imagined worlds that in turn wage a critique of ongoing histories and realities of racialization.

This book assembles a transnational archive of literary texts by Eileen Chang, Frank Chin, Maxine Hong Kingston, Chang-rae Lee, Michael Ondaatje, and Jose Garcia Villa, revealing the intersections of subjectivity and representation, and drawing our attention to their limits.

Christopher Lee is Assistant Professor of English at the University of British Columbia.

"Christopher Lee's The Semblance of Identity: Aesthetic Mediation in Asian American Literature stands out for its refreshing theorization of identity politics through competing Marxist paradigms of subjectivity . . . This is the grand provocation from Lee, which elicits much intellectual excitement but, more importantly, will call for response in the critical literature and most surely receive it."

"The Semblance of Identity has a bold and original argument. Lee's conclusion that 'the pressing task is to scrupulously expose the dangers of identity politics while recognizing its critical potential' is surely one that will prove influential in Asian American studies and in ethnic studies more generally."

"[W]hile Lee's study focuses on formal complexities in works that generally adhere to a realist aesthetic, its illuminating readings of those complexities could be extended into analyses of how more radically experimental works of poetry and prose engage with ethnic identity. In raising such questions—and in bringing aesthetic theory to bear on the 'post-identity' debate—The Semblance of Identity makes an important contribution not just to Asian American Studies, but to the larger fields of ethnic studies and 'New Formalism.'"

"Lee's argument is built on the aesthetic theories of Kant, on critical theory, and most foundationally on Adorno—and performs a fresh and an invigorating approach to the debate over identity and identity politics that perennially grips not only Asian American critical discourse but all minority discourse."

"Especially noteworthy is Lee's discussion of the work of Eileen Chang . . . His analysis, which works across Chinese and English materials and a scattered archive of sources, is a model of transnational and multilingual reading . . . The Semblance of Identity deserves to gain a wide readership in the field."

"The Semblance of Identity makes an impressive contribution to Asian American studies by providing a fresh look at the field's uneasy relationship with the 'identity politics' from which it was born. Lee offers an elegant, theoretically sophisticated picture of what 'post-identity' Asian American studies might look like." 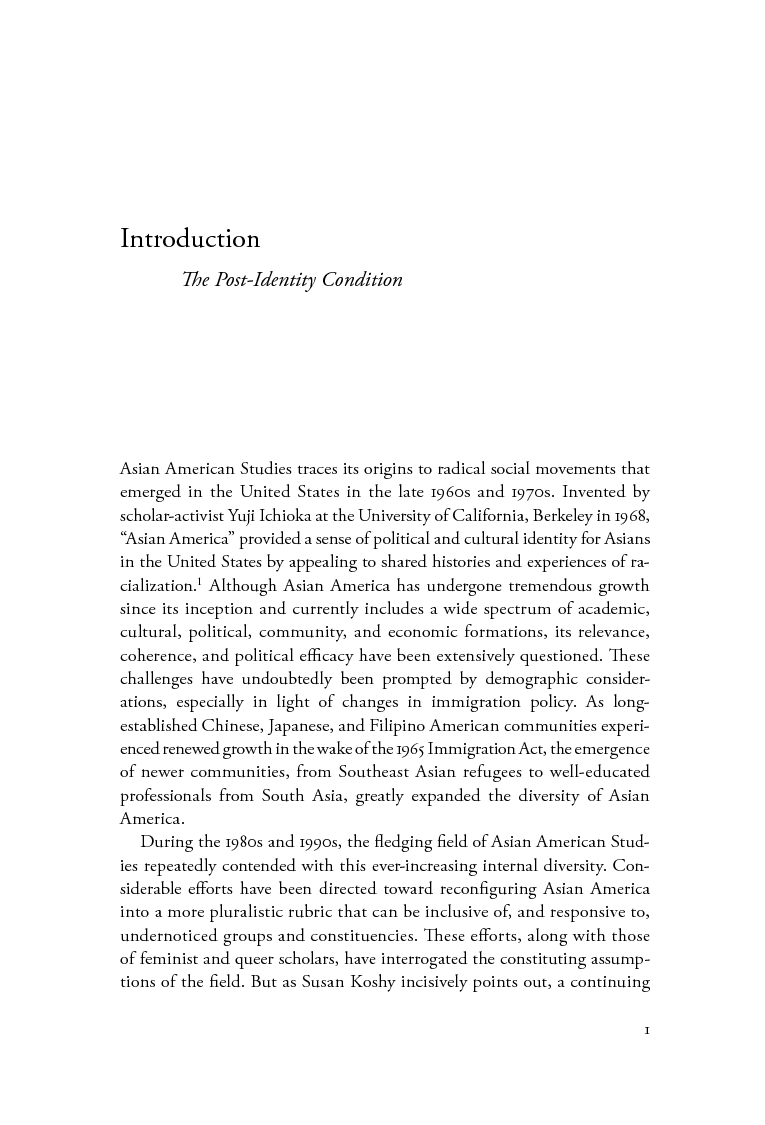 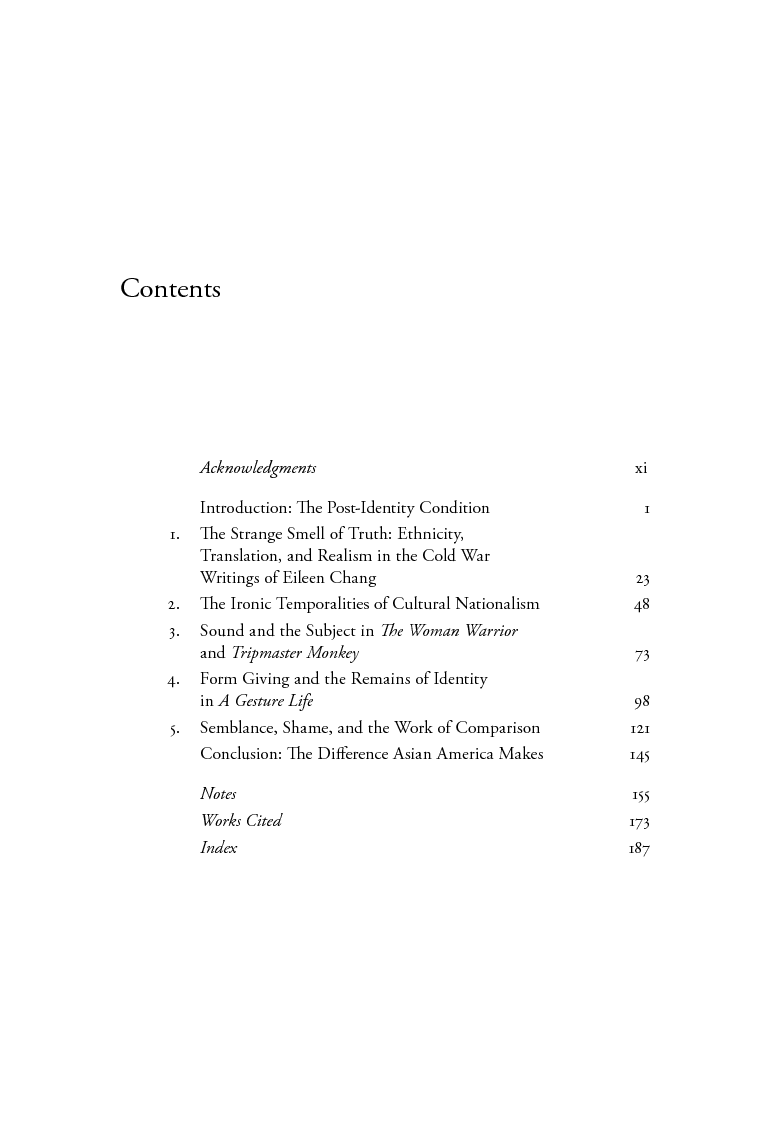