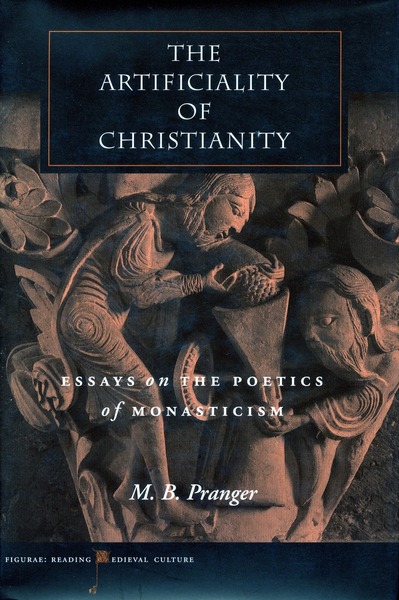 The Artificiality of Christianity
Essays on the Poetics of Monasticism
M. B. Pranger
SERIES: Figurae: Reading Medieval Culture

The writings of Anselm of Canterbury (1033-1109) reveal how the monastic mind, oscillating between hope and despair, was absorbed in technical exercises rather than in religious emotions. Early on monasticism had developed procedures for “ruminating on” the Bible and the works of the Church Fathers. Applying the art of logic to this theme, Anselm offers a denser version of monastic meditation that constitutes a poetics of monastic literature.

Before engaging Anselm’s works, this book addresses texts—by Gregory the Great, Bernard of Clairvaux, Rupert of Deutz, and Richard of St. Victor—based on the same principles. In them, the potentially violent nature of an existence in which time has almost come to a halt manifests itself in a vision of the act of reading as a struggle with the text and as violent, amorous passion. The book then traces the decline of the monastic poetical principle in the writings of John of the Cross, Pierre de Bérulle, Calvin, and Ignatius of Loyola.

A concluding chapter on Ignatius and James Joyce shows how the poetics of monasticism both survives and is exiled in modernist literature.

M. B. Pranger is Professor of the History of Christianity at the University of Amsterdam. His most recent book is Bernard of Clairvaux and the Shape of Monastic Thought. 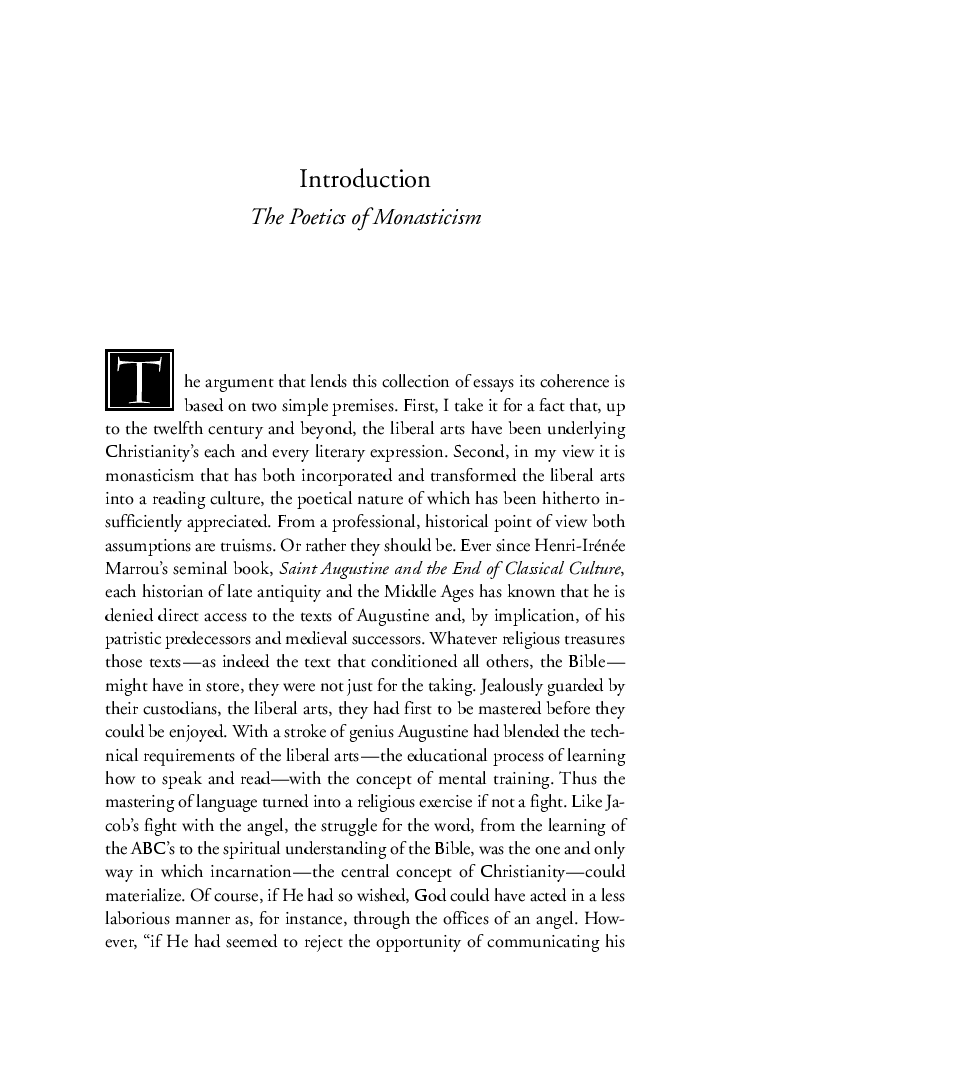 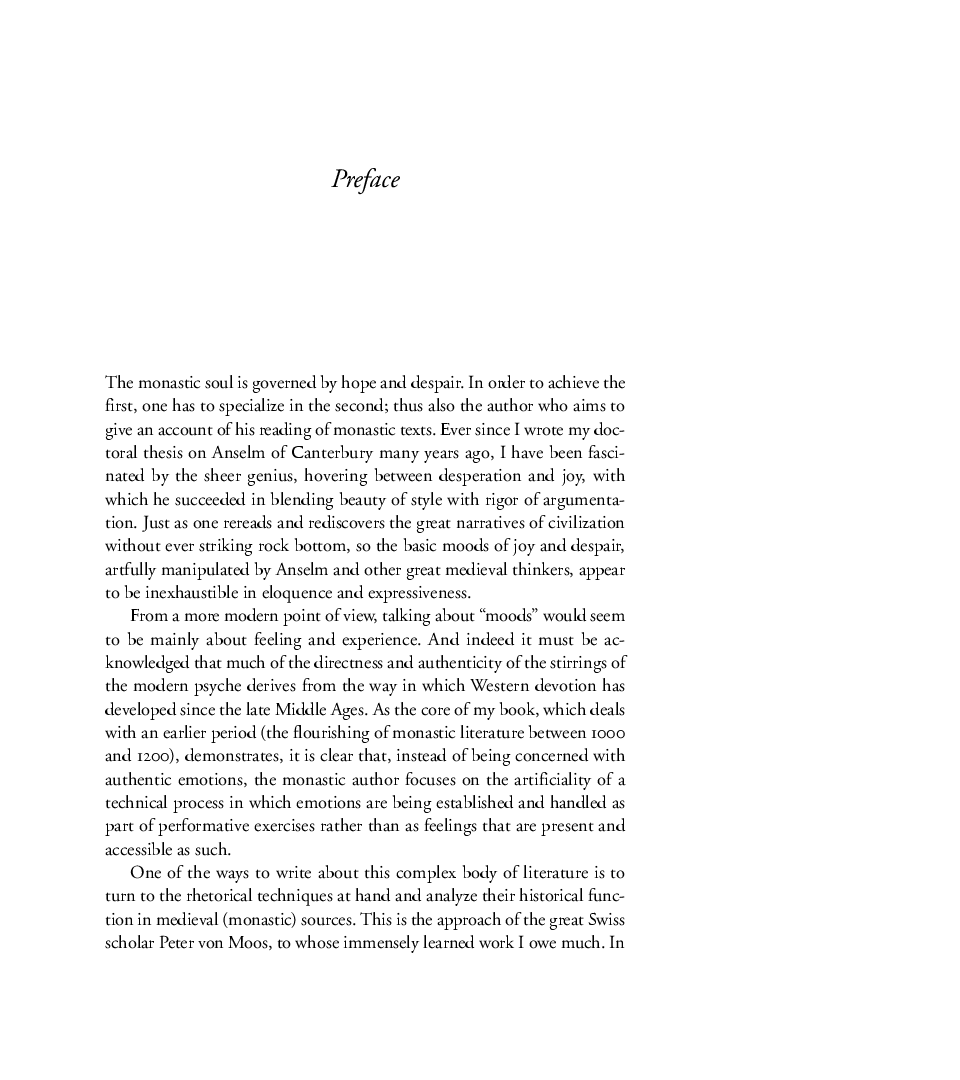 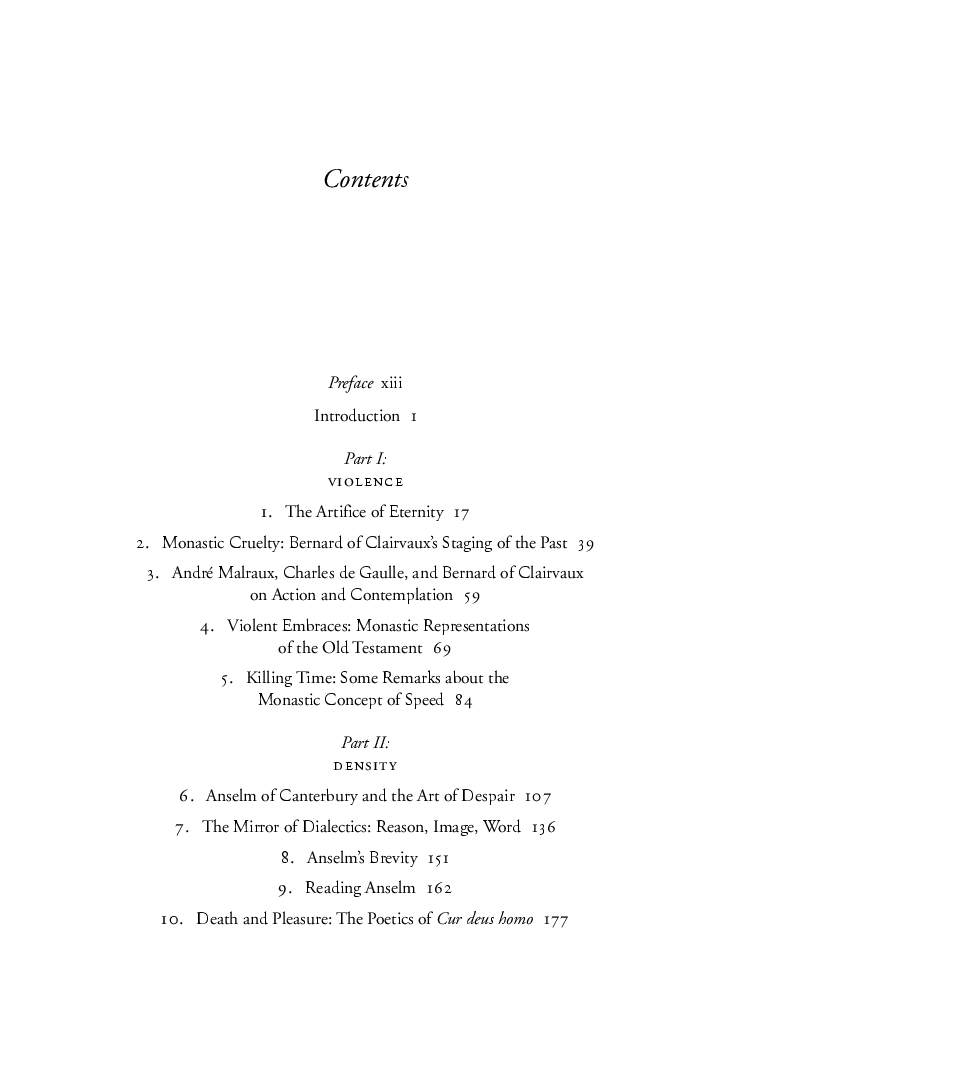