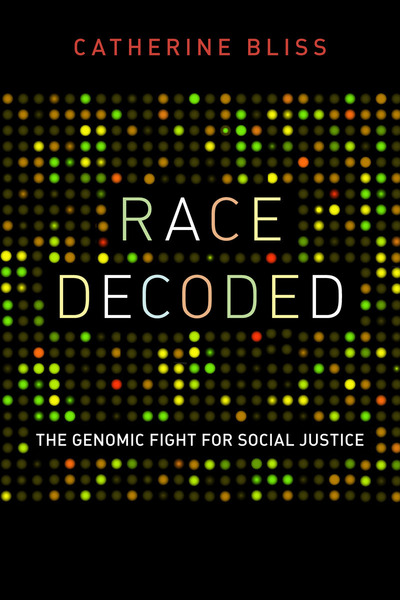 Winner of the 2014 Oliver Cromwell Cox Award, sponsored by the ASA Section on Racial and Ethnic Minorities.

In 2000, with the success of the Human Genome Project, scientists declared the death of race in biology and medicine. But within five years, many of these same scientists had reversed course and embarked upon a new hunt for the biological meaning of race. Drawing on personal interviews and life stories, Race Decoded takes us into the world of elite genome scientists—including Francis Collins, director of the NIH; Craig Venter, the first person to create a synthetic genome; and Spencer Wells, National Geographic Society explorer-in-residence, among others—to show how and why they are formulating new ways of thinking about race.

In this original exploration, Catherine Bliss reveals a paradigm shift, both at the level of science and society, from colorblindness to racial consciousness. Scientists have been fighting older understandings of race in biology while simultaneously promoting a new grand-scale program of minority inclusion. In selecting research topics or considering research design, scientists routinely draw upon personal experience of race to push the public to think about race as a biosocial entity, and even those of the most privileged racial and social backgrounds incorporate identity politics in the scientific process. Though individual scientists may view their positions differently—whether as a black civil rights activist or a white bench scientist—all stakeholders in the scientific debates are drawing on memories of racial discrimination to fashion a science-based activism to fight for social justice.

"In a well-researched, fascinating, and meticulous study, Catherin Bliss unravels the motivations that genetic scientists bring to their work, and how these motivations caused them to return to considerations of race . . . Race Decoded is an important contribution to the scholarship on science and race as it treats geneticists as complex social actors, and in doing so complicates narratives regarding the roles science and scientists play in producing and reproducing race and inequality."

"In this ambitious undertaking, Bliss expertly navigates [the themes discussed] in her seven chapters . . . I assigned the book as one of two main texts for the upper-division '(Con)Sequential Genealogies of Difference: Anthropology and Genomics' course I taught at U.C. Berkeley in Spring 2013. Bliss' work provided an excellent teaching opportunity to explore the gaffed edges between STS and anthropology, as well as between historiography and enthnography. In that respect, the book served to stimulate lively classroom debate about the epistemic and methodological orientations shaping different disciplinary narratives of the technoscientific field."

"Catherine Bliss offers vital and original insight into the values and—most importantly—the political consciousness of genomic researchers themselves, to discern the potentially politically empowering use of race categorisations to bring minoritised bodies to the growing political platform of genomic enquiry . . . Race Decoded should compel further interrogation of the political positionalities engendered by scientists in the field of biomedical research."

"Bliss has produced a first-rate analysis of the production and meaning of genomic data that are often being organized according to the naturalistically reified categories of American political life. Anyone perplexed over the mixed messages about race that have been coming out of genomics these past few years will find Race Decoded an important book."

"The ongoing debates about the role of race in biology, genetics, and clinical medicine have often produced more heat than light. Catherine Bliss takes us on a journey that is bound to illuminate an important and relatively unexplored feature of this phenomenon—the ways in which leading scientists in these fields compare in their thinking about (and use of) the concepts of race and ethnicity."

"With the mapping of the human genome, a heated and contentious debate has flared regarding the very concept of race and the extent and meaning of human variation. What is stunning and original about Bliss's account of this debate is her focus on the assumptions, values, and social consciousness of the scientists themselves. We see how researchers navigate different taxonomies of race and establish what often become contested policies, protocols, and practices. Through this account, Bliss provocatively captures the emergence of a new 'sociogenomic' paradigm of race." 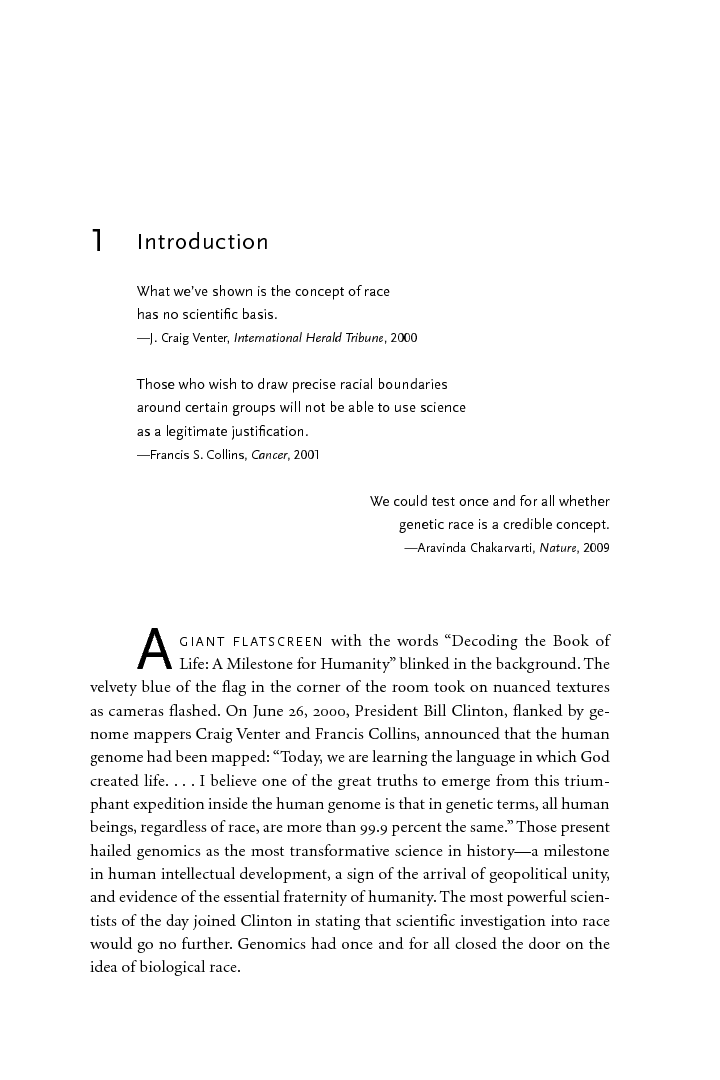 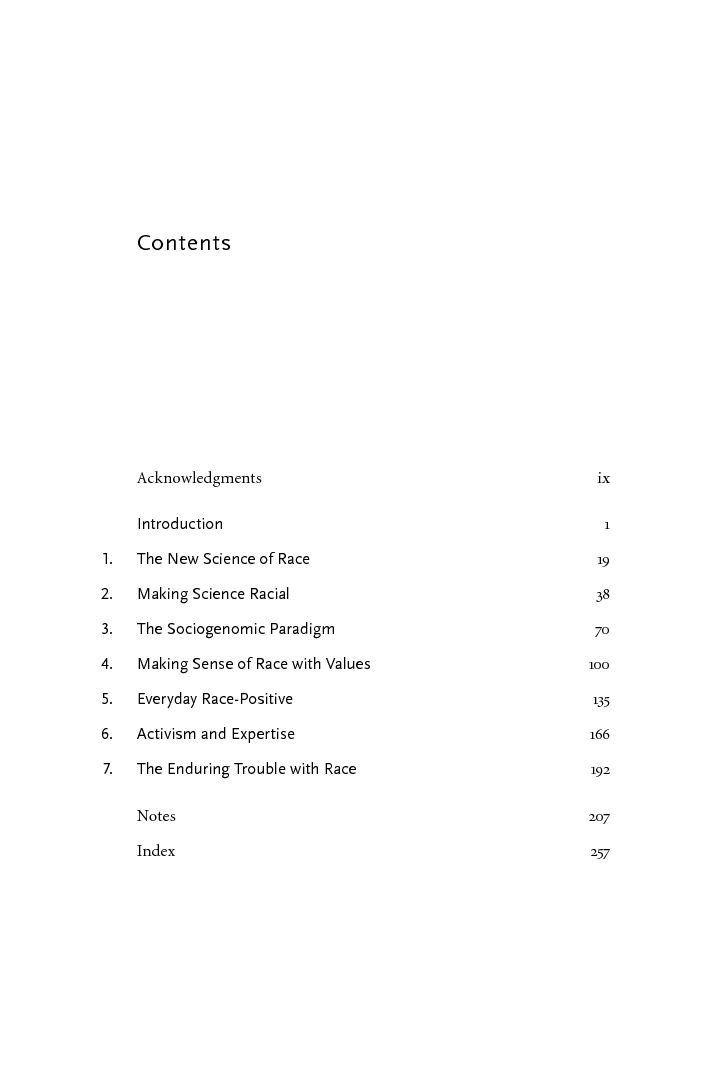