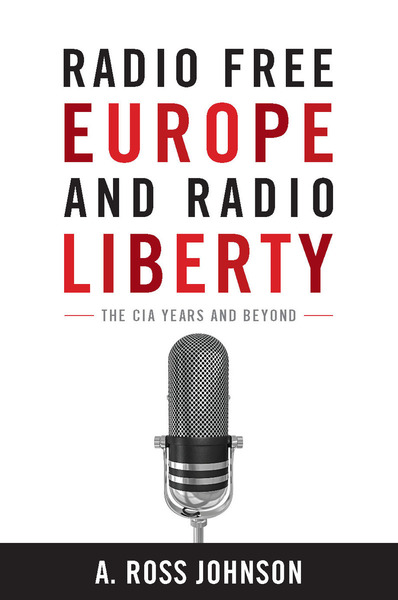 Radio Free Europe and Radio Liberty
The CIA Years and Beyond
A. Ross Johnson

The book is based on extensive archival research both in the U.S .and in Germany, Poland, and Hungary, as well as on interviews and the author's own experiences. It uses CIA materials, in part declassified at the request of the author, extensively. Johnson concentrates on the origins and role of RFE/RL in the context of U.S. national security strategy, with particular attention to the role of the Central Intelligence Agency in covertly organizing and funding RFE/RL from 1949 to 1971. And he details RFE activities during the most important East European crises of the era—Poland and Hungary in 1956 and Czechoslovakia in 1968.

The study concludes with an analysis of the factors that accounted for RFE/RL's effectiveness, which may offer lessons today as the United States tries to "win the hearts and minds" of foreign elites and populations and promote positive political change, particularly in the Muslim world.

"[Radio Free Europe and Radio Liberty] is at its best when it compares and contrasts the Radios' role in revolution."

"In 2004 the Hoover Institution held a conference examining the impact Radio Free Europe and Radio Liberty made on the Cold War, the liberation of Eastern Europe, and the Soviet Union's ultimate demise . . . Johnson does an excellent job detailing the activities of RFE and RL by painstakingly examining the broadcasts to both countries and their respective impacts."