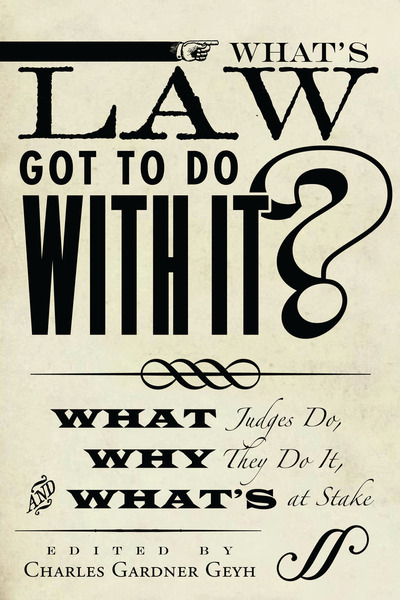 What's Law Got to Do With It?
What Judges Do, Why They Do It, and What's at Stake
Edited by Charles Gardner Geyh
SERIES: Stanford Studies in Law and Politics

In What's Law Got to Do With It?, the nation's top legal scholars and political scientists examine to what extent the law actually shapes how judges behave and make decisions, and what it means for society at large.

Although there is a growing consensus among legal scholars and political scientists, significant points of divergence remain. Contributors to this book explore ways to reach greater accord on the complexity and nuance of judicial decisionmaking and judicial elections, while acknowledging that agreement on what judges do is not likely to occur any time soon.

As the first forum in which political scientists and legal scholars engage with one another on these hot button issues, this volume strives to establish a true interdisciplinary conversation. The inclusion of reactions from practicing judges puts into high relief the deep-seated and opposing beliefs about the roles of law and politics in judicial work.

Charles Gardner Geyh is the Associate Dean for Research and the John F. Kimberling Professor of Law at the Maurer School of Law at Indiana University. His work on judicial independence, accountability, administration, and ethics has appeared in over 40 books, articles, book chapters and reports.

"Geyh (associate dean for research and John F. Kimberling professor of law, Indiana Univ. School of Law) is well qualified to edit this reader about the interaction of law and politics in contemporary society. The contributors to this reader are among the very best scholars in the legal and political science realm. . . The writing is lively and easy to follow for the somewhat sophisticated reader. . . Highly recommended."

"Professor Charles Geyh has assembled leading thinkers in law and political science for a serious engagement with the complex role of law in legal decisionmaking. Readers will find these essays fascinating, thoughtful and sometimes infuriating, as conventional disciplinary wisdom is defended, modified and refuted. The result is a terrific text for for all students of the legal process."

—Mark A. Graber, University of Maryland

"This volume pulls together an excellent cast to examine one of the most intriguing and most difficult questions in the study of law and politics today—what role does law play in the job of judging? There is a lot to learn in the these pages, and this book does a fine job of pushing the conversation forward."

"That political scientists and law professors bring distinct approaches to the study of judging is inevitable. That the two are mutually informative—not mutually exclusive—is just as undeniable, as this volume admirably demonstrates. What's Law Got to To With It? is a great read for anyone and everyone interested in the role of law and politics in the U.S. legal system."

"We know that judging involves judgment and not simply mechanics, but we're not sure how to think about that obvious fact. This fascinating interdisciplinary volume explores the permeable boundaries between law, politics, and policy to produce a rich portrait of the judicial function in all its dimensions." 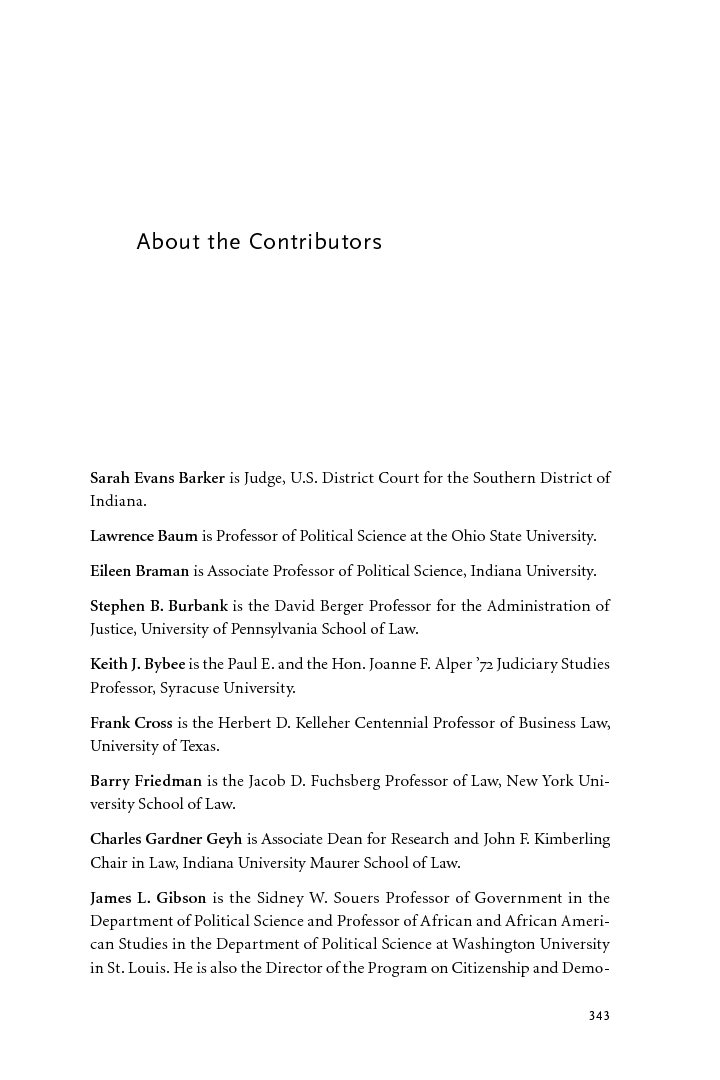 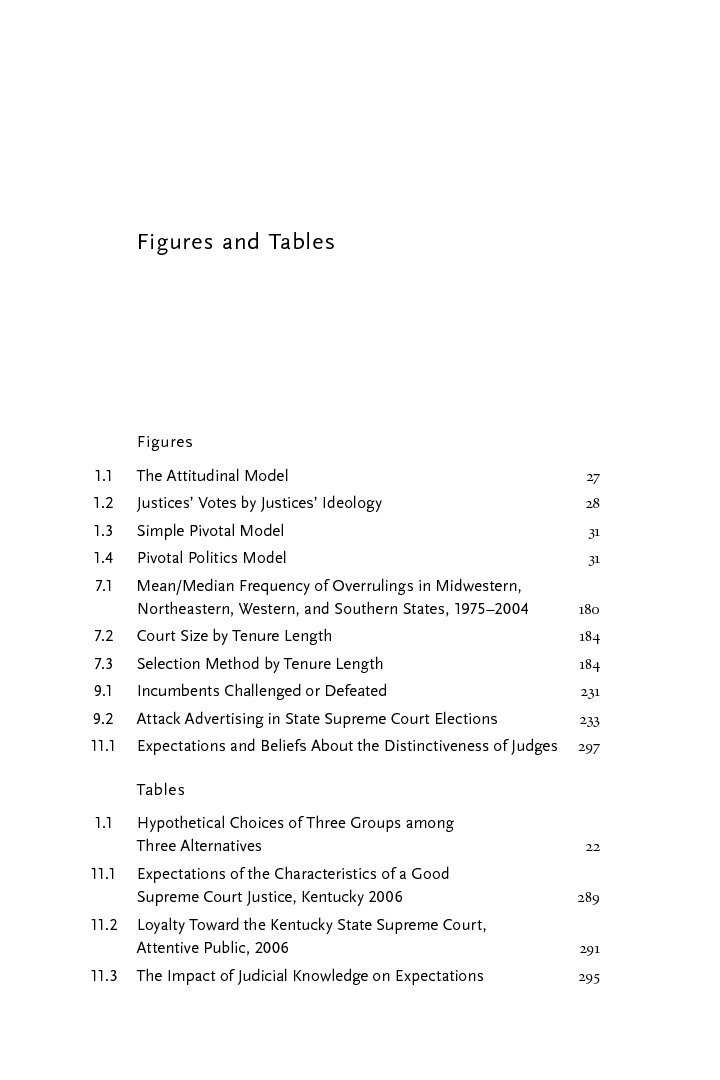 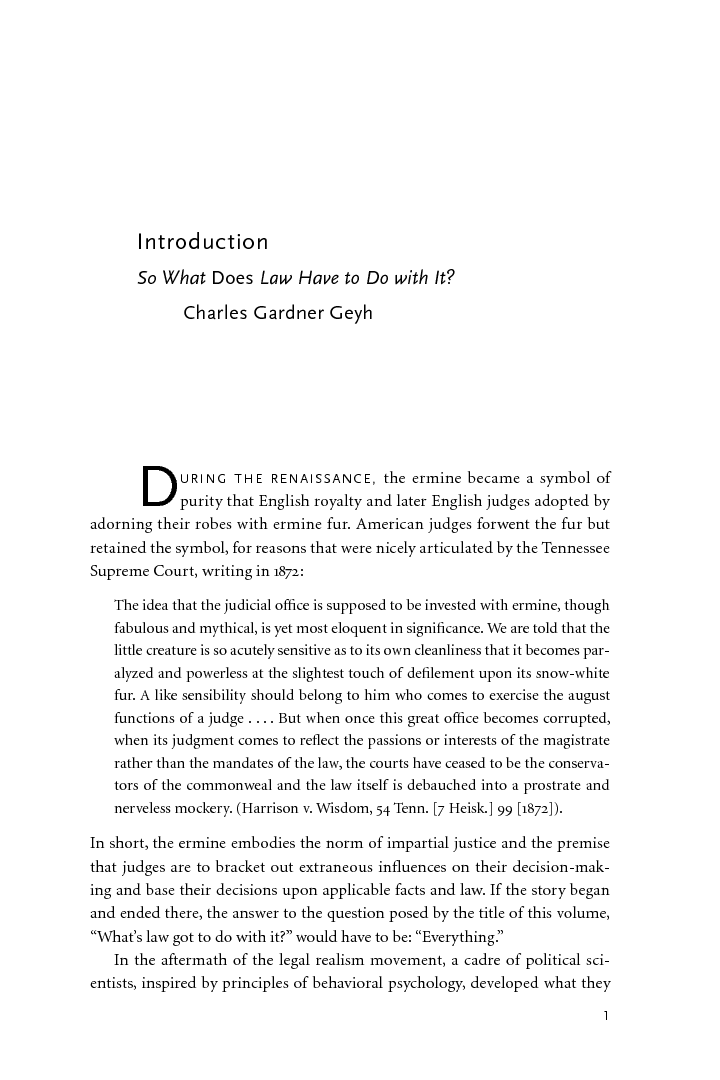 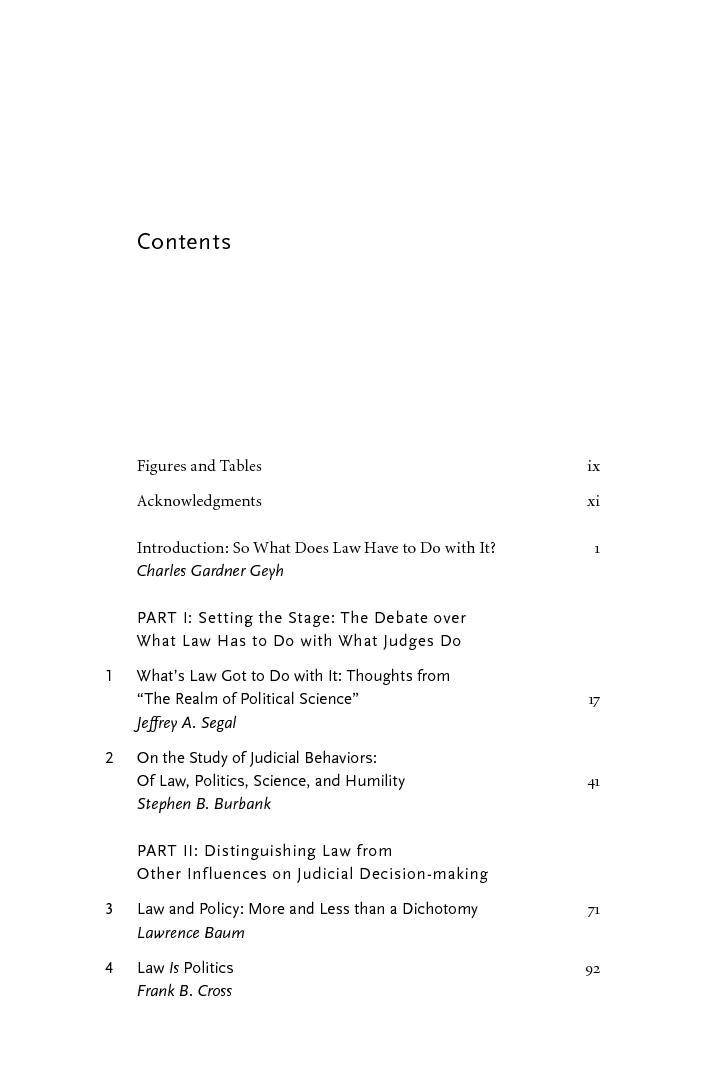