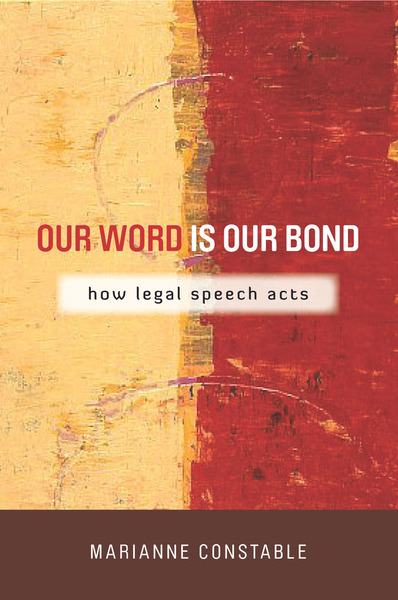 Our Word Is Our Bond
How Legal Speech Acts
Marianne Constable
SERIES: The Cultural Lives of Law

Shortlisted for the 2015 Hart Socio-Legal Book Prize, sponsored by the Socio-Legal Studies Association.

Words can be misspoken, misheard, misunderstood, or misappropriated; they can be inappropriate, inaccurate, dangerous, or wrong. When speech goes wrong, law often steps in as itself a speech act or series of speech acts. Our Word Is Our Bond offers a nuanced approach to language and its interaction and relations with modern law. Marianne Constable argues that, as language, modern law makes claims and hears claims of justice and injustice, which can admittedly go wrong. Constable proposes an alternative to understanding law as a system of rules, or as fundamentally a policy-making and problem-solving tool. Constable introduces and develops insights from Austin, Cavell, Reinach, Nietzsche, Derrida and Heidegger to show how claims of law are performative and passionate utterances or social acts that appeal implicitly to justice.

Our Word Is Our Bond explains that neither law nor justice are what lawyers and judges say, nor what officials and scholars claim they are. However inadequate our law and language may be to the world, Constable argues that we know our world and name our ways of living and being in it through law and language. Justice today, however impossible to define and difficult to determine, depends on relations we have with one another through language and on the ways in which legal speech—the claims and responses that we make to one another in the name of the law—acts.

Marianne Constable is Professor and Chair of the Department of Rhetoric at UC Berkeley. She is the author of Just Silences: The Limits and Possibilities of Modern Law(2005) and The Law of the Other: The Mixed Jury and Changes in Conceptions of Citizenship, Law and Knowledge (1994), winner of the Law and Society Association's J. Willard Hurst Prize in Legal History.

"The commentary is penetrating and illuminating as it draws on what is known and what is unknown about how words matter in law . . . As with her earlier books, passion and scholarship engage to provoke thought without being argumentative . . . Highly recommended."

"Our Word is Our Bond transforms how we think about law, about language, and above all about the inextricable interdependencies that enmesh them. Marianne Constable explores the sovereignty of language in and over law with insight, eloquence, erudition, subtlety and imagination."

"Combining theory and case law, linguistics and jurisprudence, Our Word is Our Bond provides a uniquely sophisticated and dramatically accessible guide to the rhetoric of justice and the politics of judgment. Barack Obama's flubbed oath of office, Palsgraf v Long Island Railroad, the California Criminal Code are but a few of the diverse array of substantive examples that Constable subjects to coruscating critical disposition."

"To be commended here is Constable's excruciating attention to detail, something which is evidenced via her exacting dissections of the examples at hand and the four appendices which close the book...Constable's monograph is (in this author's opinion) a strong continuation of the legal scholarship and methodological development seen in her previous monograph" 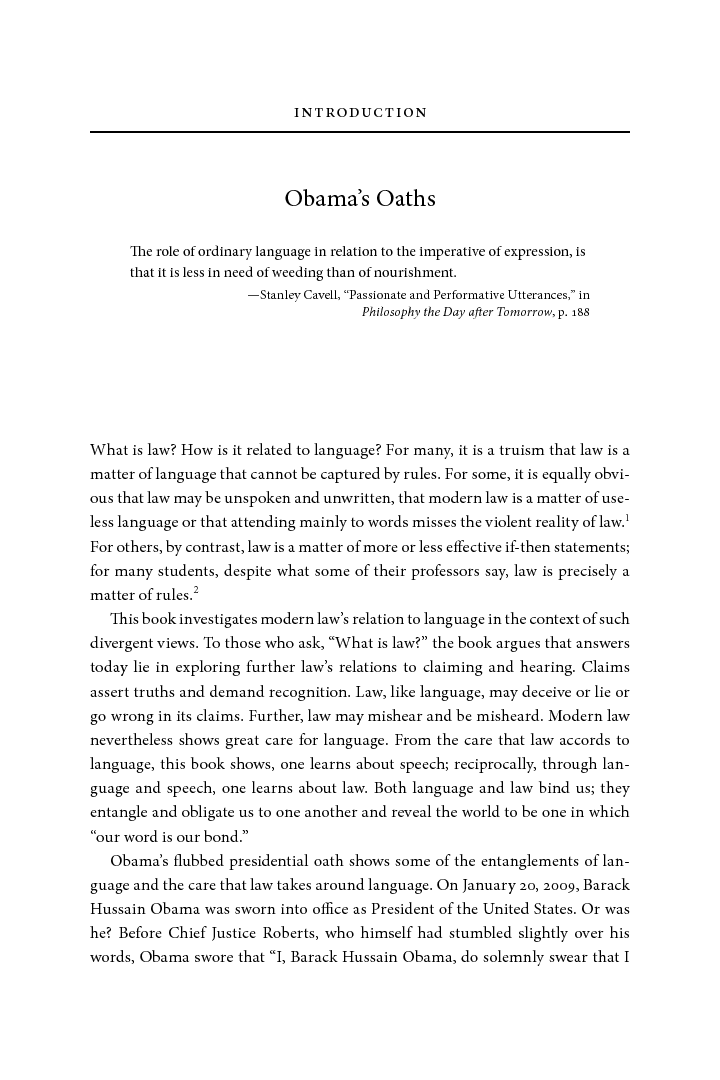