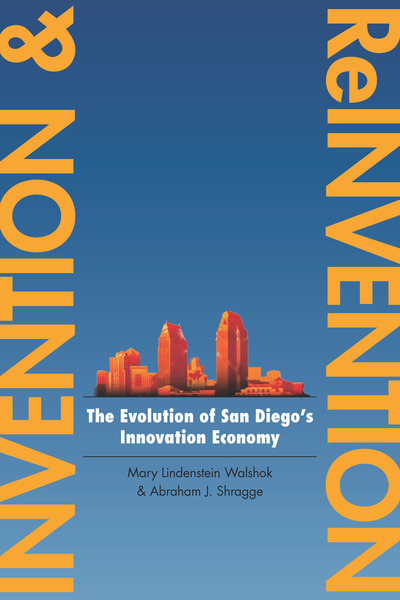 Formerly prosperous cities across the United States, struggling to keep up with an increasingly global economy and the continued decline of post-war industries like manufacturing, face the issue of how to adapt to today's knowledge economy. In Invention and Reinvention, authors Mary Walshok and Abraham Shragge chronicle San Diego's transformation from a small West Coast settlement to a booming military metropolis and then to a successful innovation hub. This instructive story of a second-tier city that transformed its core economic identity can serve as a rich case and a model for similar regions.

Stressing the role that cultural values and social dynamics played in its transition, the authors discern five distinct, recurring factors upon which San Diego capitalized at key junctures in its economic growth. San Diego—though not always a star city—has been able to repurpose its assets and realign its economic development strategies continuously in order to sustain prosperity. Chronicling over a century of adaptation, this book offers a lively and penetrating tale of how one city reinvented itself to meet the demands of today's economy, lighting the way for others.

Mary Lindenstein Walshok is Associate Vice Chancellor of Public Programs, Dean of University Extension, and Adjunct Professor of Sociology at the University of California, San Diego. She is the author of Blue Collar Women, Knowledge Without Boundaries, Closing America's Job Gap, and co-editor of Creating Competitiveness. She is also a co-founder of CONNECT, a renowned innovation cluster development organization.

Abraham J. Shragge received his Ph.D. in Modern United States History from the University of California, San Diego. He is a curator of the Veterans Museum and Memorial Center in Balboa Park and Coordinator of the San Diego Ex-Prisoners of War Oral History Project. Shragge is currently a Visiting Professor at the Korea Development Institute School of Public Policy and Management.

"Invention & Reinvention: The Evolution of San Diego's Innovation Economy is a fascinating story of regeneration. Using a social history perspective over different periods, it offers a wonderful case study of urban reinvention and hence is a must-read for any economic geographer who studies regions, technology development, innovation, entrepreneurship, and evolutionary geography."

"Throughout my career in public office, I was conscious of the need for a good history about the dynamic south west corner of our state. Mary Walshok and Abe Shragge have captured a century and a half of San Diego history in a book that will ring true for anyone who has been engaged in its political and economic evolution over the last fifty years."

"Sociologist Mary Walshok and historian Abraham Shragge show their readers that San Diego truly is a city of invention and innovation . . . It is a very worthwhile read for an economic historian, for it provides a thorough introduction to the city's economic history . . . [Invention and Reinvention] forces the reader to think about why San Diego's experience has been so different from U.S. cities that have not done well over the past half century."

"This is an important, pioneering book that contributes to our unique understanding of how one place, San Diego, has achieved what most places want: the capacity to evolve and meet the challenges of a constantly changing global economic environment. Walshok and Shragge help us understand why some places thrive while others wither."

—David B. Audretsch, Indiana University and Author of The Entrepreneurial Society

"The San Diego region has long deserved a really comprehensive history of how its economy emerged from a primarily military and defense contracting town into one of the leading innovation regions in America. This book describes that journey and contains a number of insights that will be extremely useful to other regions that are trying to reinvent themselves."

"San Diego has a unique history in terms of its long relationship with the federal government, and especially the military, which this book captures superbly. Especially relevant is the discussion of the role that the research institutions on the Torrey Pines Mesa played in the transformation of the region's economy. A wonderfully engaging book for anyone interested in trying to realize the social and economic benefits of basic research."

"Having been an early faculty member at the UCSD School of Medicine, a founder of Hybritech, and an investor in many of San Diego's biotech companies, I am impressed with how well this book captures the dynamics shaping San Diego's emergence as a world class science hub."

"As a third generation Californian, with deep roots in the San Diego region, I am delighted to see a book that focuses on the distinctive character of the San Diego economy and its evolution. Walshok and Shragge have made a significant contribution to San Diego and California history."

"In this economic history, Walshok and Shragge give this a different spin by emphasizing San Diego's civic culture, its spirit of collaboration, and civic values. Focusing on civic leaders, scientists, and business entrepreneurs, they tell a story of almost unimpeded achievement . . . Recommended." 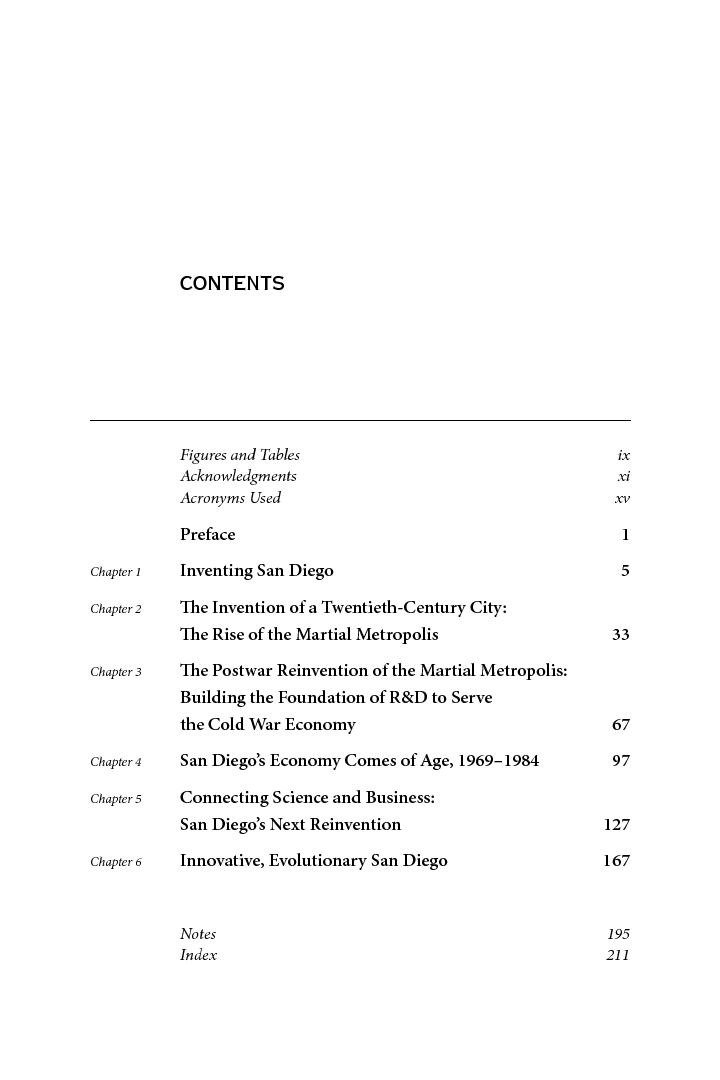 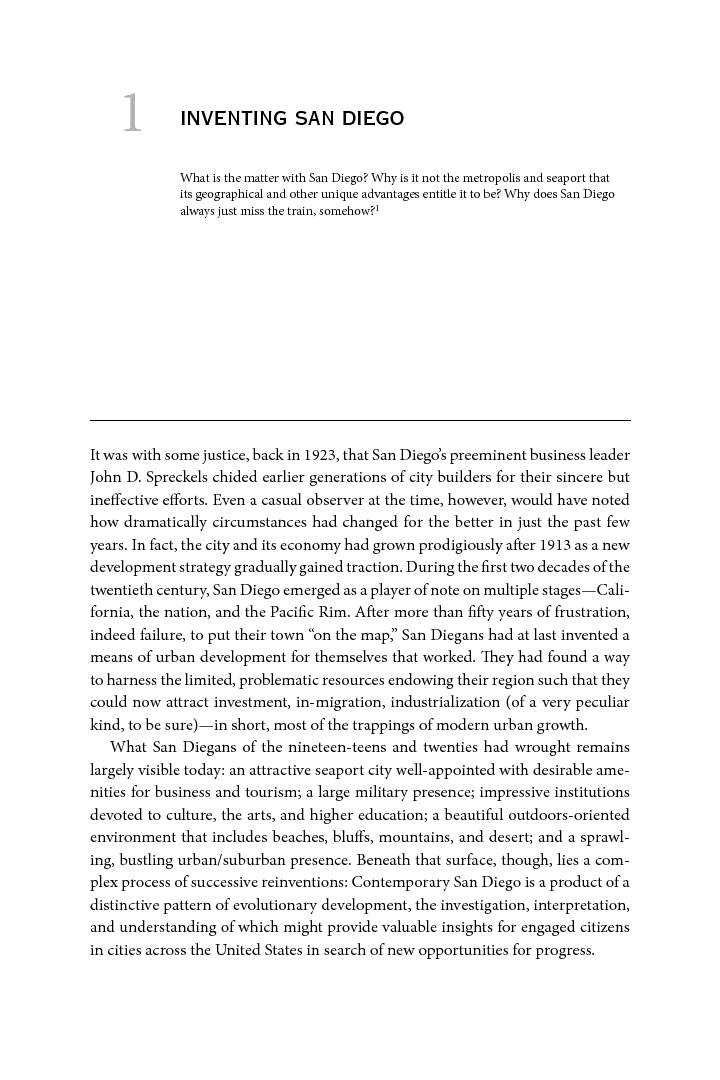 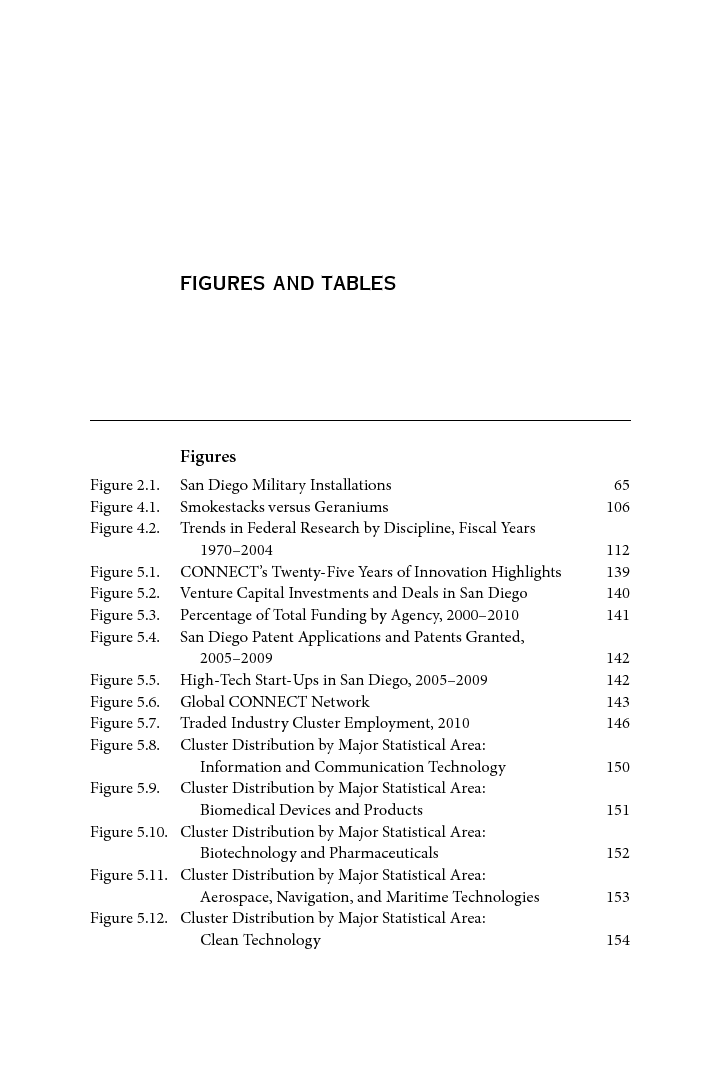 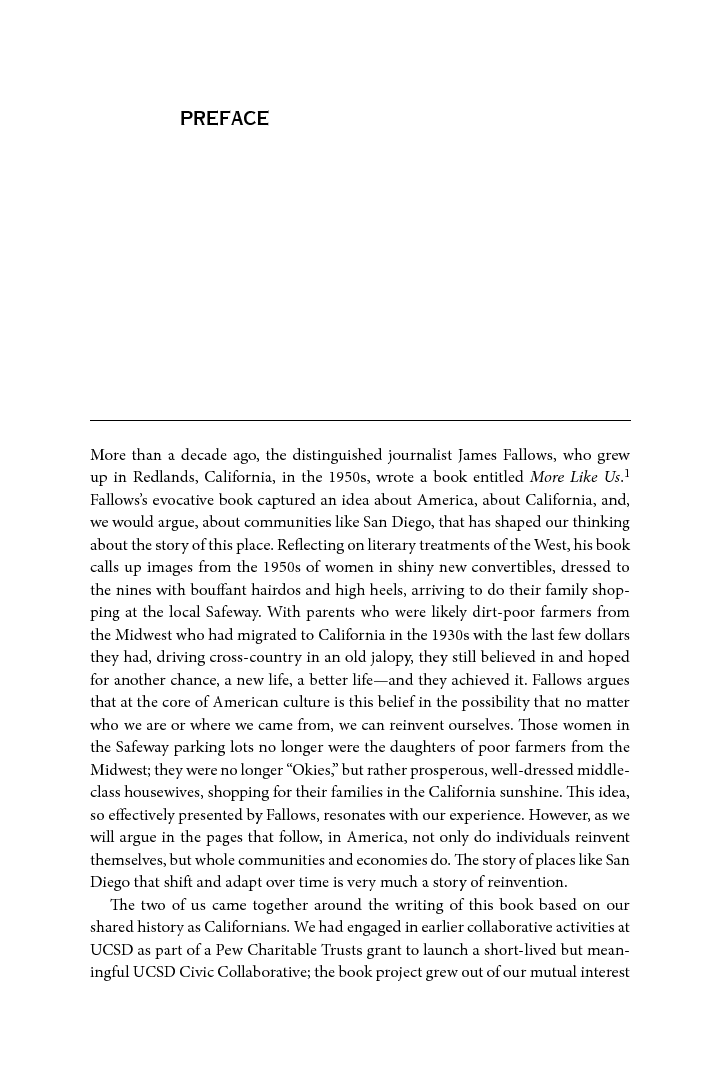