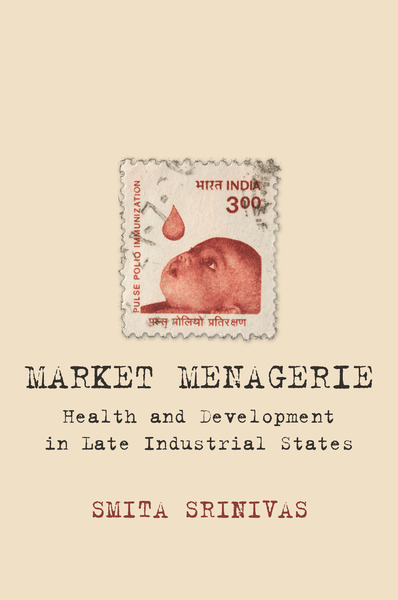 Winner of the 2015 EAEPE-Myrdal Prize, sponsored by the European Association for Evolutionary Political Economy.

Market Menagerie examines technological advance and market regulation in the health industries of nations such as India, Brazil, South Africa, Nigeria, and Japan. Pharmaceutical and life science industries can reinforce economic development and industry growth, but not necessarily positive health outcomes. Yet well-crafted industrial and health policies can strengthen each other and reconcile economic and social goals. This book advocates moving beyond traditional market failure to bring together three uncommonly paired themes: the growth of industrial capabilities, the politics of health access, and the geography of production and redistribution.

Smita Srinivas is Assistant Professor in the Urban Planning program and the Director of the Technological Change Lab at Columbia University in New York City. She has advised and consulted with the UN and other international agencies, and with grassroots organizations, for over a decade.

"Very interesting first hand research on the Indian biotechnology sector, and a fascinating review of diverse literature that the author connects in a unique way. This book speaks to the importance of integrating economic and social goals, which is particularly pertinent to developing countries."

"It often is presumed that economic development more or less automatically brings with it better medical care and health to the population of a country. The case of India reveals just how untrue this is. In this fine book, Srinivas describes (in fascinating detail) why recent rapid economic development in India has not led to broad improvements in health, and provides a rich analysis of what is needed for improvement."

—Richard R. Nelson, Professor Emeritus and Director of the Program on Science, Technology, and Global Development at the Columbia Earth Institute, Columbia University

"Smita Srinivas uniquely synthesizes three different perspectives in relation to developmental states: the provision of health services, the emergence of industrial economies, and the role of the state. Her highly original analysis constitutes a significant contribution to our understanding of the political economy of development."

"The author brilliantly situates her examination in the tension between the human dimension of 'national health reform' and the challenges of 'global governance' for the multinational corporate health sector.This allows her to make discoveries that a less nuanced framing would not. This framing also extends the significance of the book well beyond the case of India."

"With an emphasis on India, this book takes us inside the evolution of a critical sector: pharmaceuticals and biotechnology. Market Menagerie is an important reminder of the heterogeneity of states and markets that mediate the tension between industrialization and health access in developmental states."

—Devesh Kapur, Director of the Center for the Advanced Study of India, University of Pennsylvania 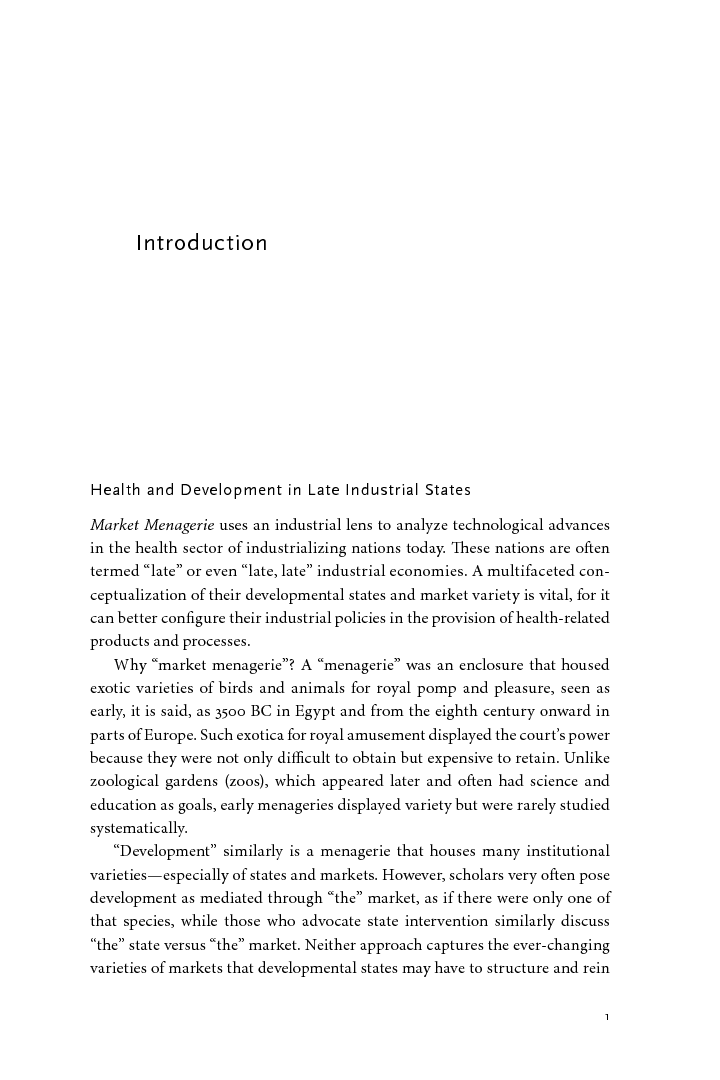 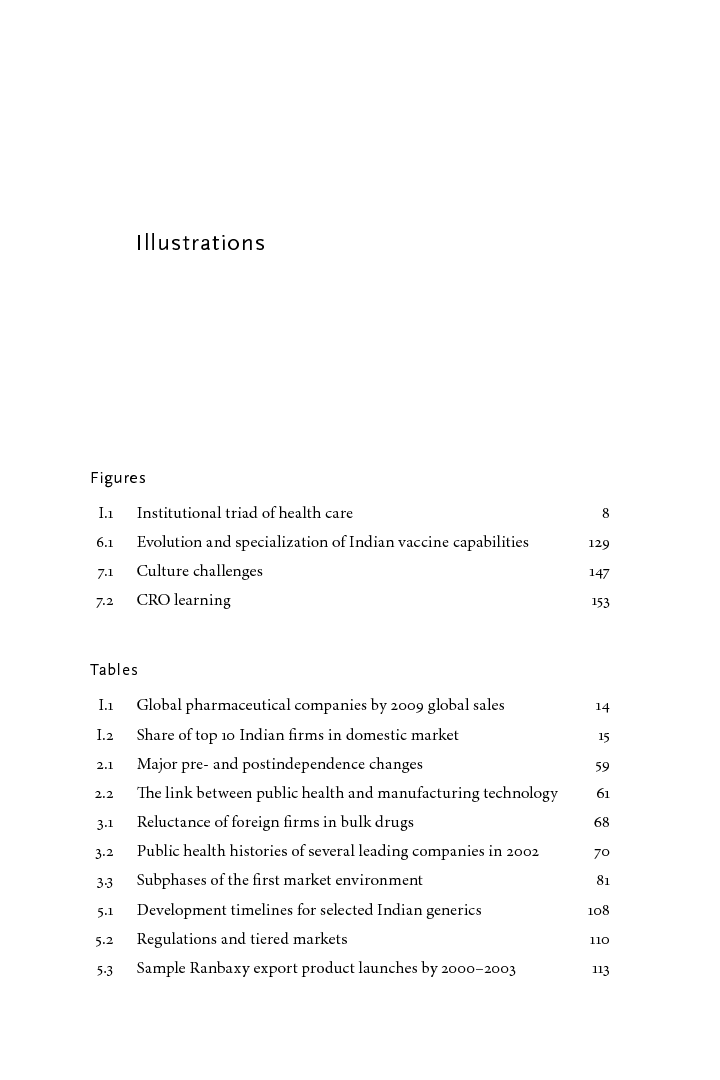 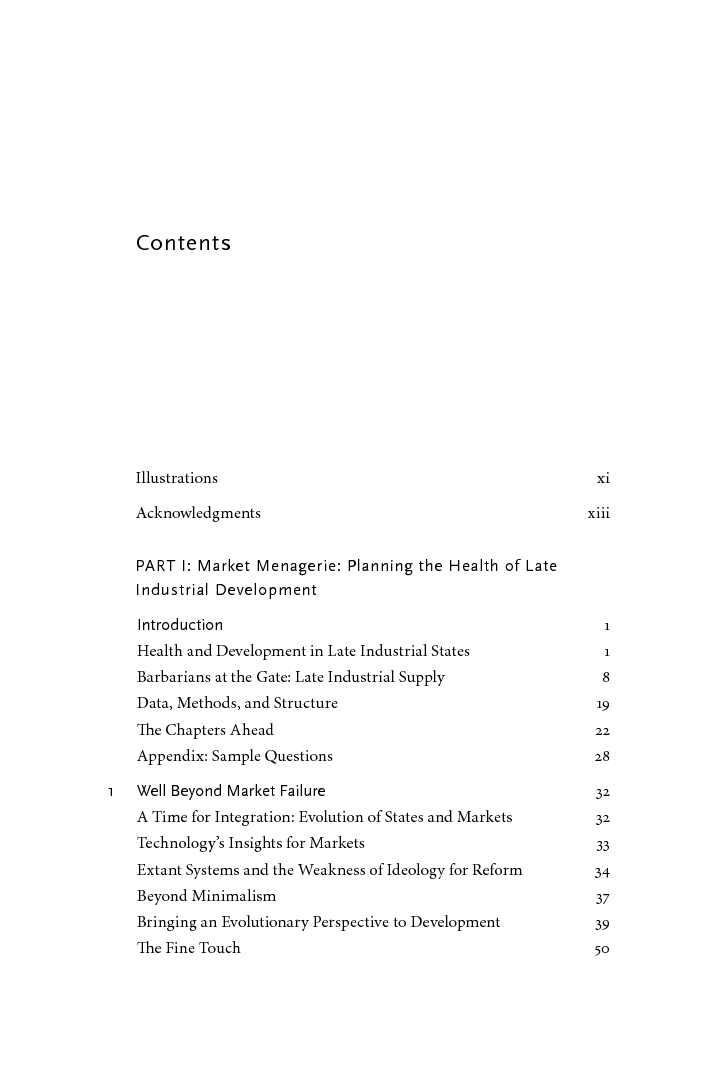