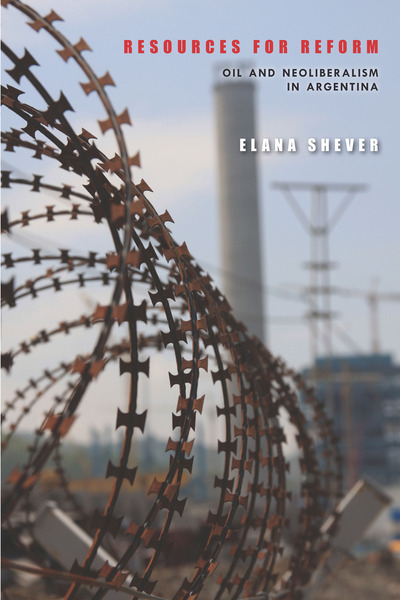 Resources for Reform
Oil and Neoliberalism in Argentina
Elana Shever

While most people live far from the sites of oil production, oil politics involves us all. Resources for Reform explores how people's lives intersect with the increasingly globalized and concentrated oil industry through a close look at Argentina's experiment with privatizing its national oil company in the name of neoliberal reform.

Examining Argentina's conversion from a state-controlled to a private oil market, Elana Shever reveals interconnections between large-scale transformations in society and small-scale shifts in everyday practice, intimate relationships, and identity. This engaging ethnography offers a window into the experiences of middle-class oil workers and their families, impoverished residents of shanty settlements bordering refineries, and affluent employees of transnational corporations as they struggle with rapid changes in the global economy, their country, and their lives. It reverberates far beyond the Argentine oil fields and offers a fresh approach to the critical study of neoliberalism, kinship, citizenship, and corporations.

Elana Shever is Assistant Professor of Anthropology at Colgate University.

"Shever's is one of just a handful of monographs that looks closely at the lived and embodies experience of transformations in resource sovereignty . . . [Shever] uses the transformation in resource sovereignty to build an instructive and nuanced lesson for understanding the multidimensionality of neoliberalism in practice . . . [I]n chapters describing and detailing its precise operations, Shever offers vivid ethnographic renderings of how the concept [of Argentinian neoliberalismo] manifests . . . Shever's study begins to clarify what history has only made more apparent regarding the struggle over natural resources. Who owns, benefits from, and will direct the future of their extraction and use is a politically volatile issue worthy of close and sustained ethnographic investigation."

"Elana Shever's Resources for Reform breaks the mold for anthropological studies of oil. Shever designed her well-balanced project to examine the production, distribution, and consumption of oil in both rural Patagonia and urban Buenos Aires, Argentina . . . By incorporating observations among both 'upstream' and 'downstream' sectors of the oil industry in Argentina, Resources for Reform sets a new precedent for ethnographic studies of oil in Latin America. Shever's work should have a lasting impact in anthropology for contributing to established areas of study . . . Such an innovative approach to corporate personhood opens new possibilities for pursuing anthropology of oil that is no longer bound strictly to the state."

"In sum, Resources for Reform is a welcome addition to the growing field of anthropology of oil and the study of neoliberalism. While using novel approaches and ideas, Shever adheres to an ethnographic tradition of organizing discussion around what makes her case different, which helps highlight the relevance of her research and ethnographic endeavor in general. Shever outlines a potentially path-breaking discussion of the nature and sources of corporate power and its historical contingency . . . Shever is certainly ahead of the learning curve in the study of this most recent transformation as well as the making and remaking of state and corporate powers in Argentina and, perhaps, elsewhere."

"Oil oozes through the pores of modern society, and neoliberalism has restructured Latin American community and kinship relationships so deeply, that it is no surprise that a cultural anthropologist would address these topics. Elana Shever's Resources for Reform: Oil and Neoliberalism in Argentina does so with careful attention to detail and with compelling ethnography . . . [T]he book is an important addition to the study of the intersection of oil and neoliberalism, two major forces shaping Latin America in recent times. I would strongly recommend the book to anyone interested in either of these topics."

"Resources for Reform is a highly interesting study that will very likely become an obligatory reference for scholars studying the effects of privatisation policies in Latin America and those interested in understanding the framework of Argentina's current oil policy. Its dynamic style makes it accessible to both graduate and undergraduate students."

"Resources for Reform is an exemplary, well written and very accessible account of a highly complex story encompassing poor and rich Argentines, hard-working industry labourers and people struggling to get by, as well as politicians, lawyers, international consultants, and corporate representatives who have all contributed, in one way or another, to tying Argentina's oil industry more tightly into a global neoliberal regime."

—Gisa Weszkalnys, Anthropology of this Century

"In this rich and compelling ethnography, Elana Shever explores how the oil sector in Argentina has reconfigured itself and the lives of its workers and communities. With great insight and nuance, Shever details how neoliberalism—as much as the oil industry—is made and remade through laboring, learning, communicating, playing, and caring. A major challenge to how we think about not only the corporate world of hydro-carbon capitalism but of neoliberalism itself, Resources for Reform is a gem."

"Resources for Reform presents a rigorous, nuanced ethnography of how a diverse array of actors were actively involved in reshaping their families, communities, and selves during the privatization of Argentina's oil industry. In tracing the ways in which private corporations built upon kinship bonds nurtured by the preceding state-owned industry, Shever demonstrates convincingly how affective and calculative techniques of governance are merged in supposedly rational regimes of rule. This impressive study scrutinizes the material practices and meanings of both the production and consumption of oil in Argentina to effectively challenge theories of global transformation that overlook the continuities between neoliberal regimes and those they have supplanted."

"Resources for Reform delivers an intrinsically interesting story about oil and neoliberalism in a country where some of the loudest responses to neoliberalism have been heard. Shever takes a critical look at the oil industry and the practices of oil companies like Shell—providing a clear, compelling exploration of the multiple sides of neoliberalism in Argentina. A major contribution."

"Some of the best work I have read on neoliberalism, citizenship, and affect. After tracing the ways that sentiments among workers were central to the construction of Argentina's petroleum-led national economic project, Shever makes a surprising argument: neoliberal privatization reforms of the 1990s, usually characterized as producing individualized rationalities of calculation, were also made possible by the continued deployment of such kinship relations." 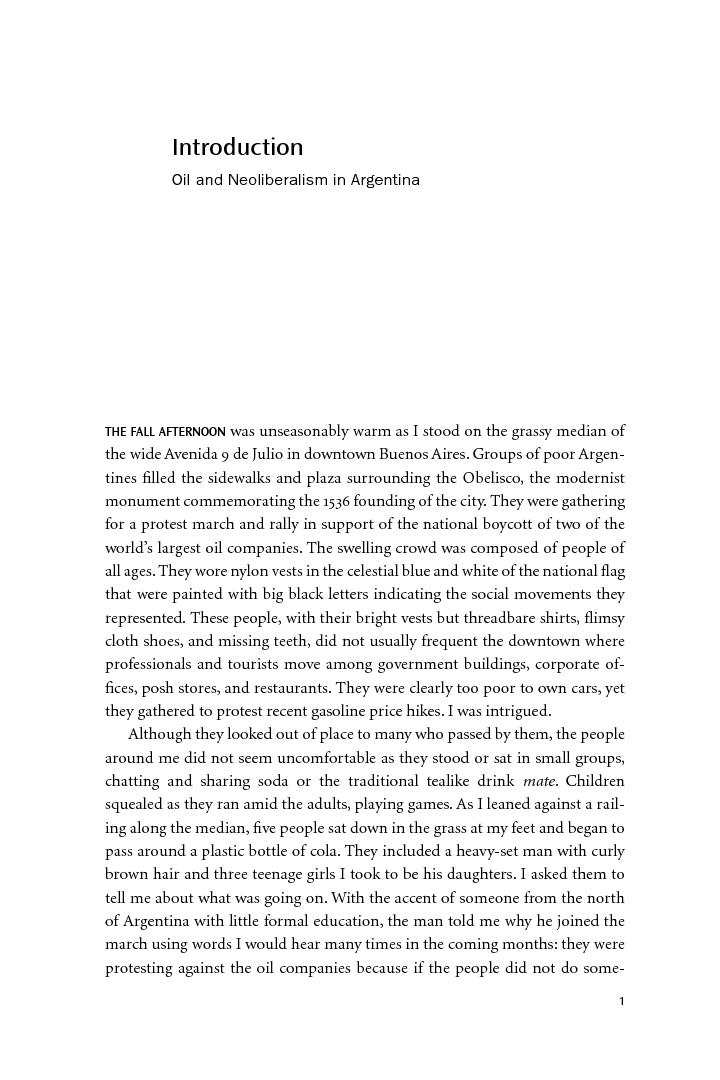 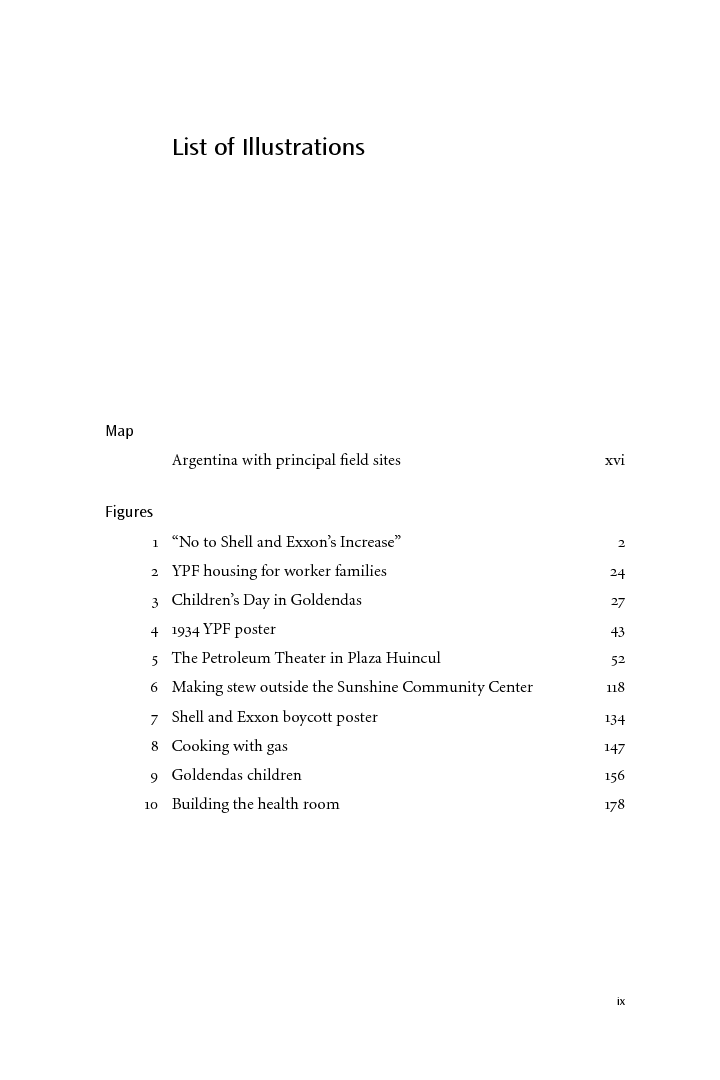 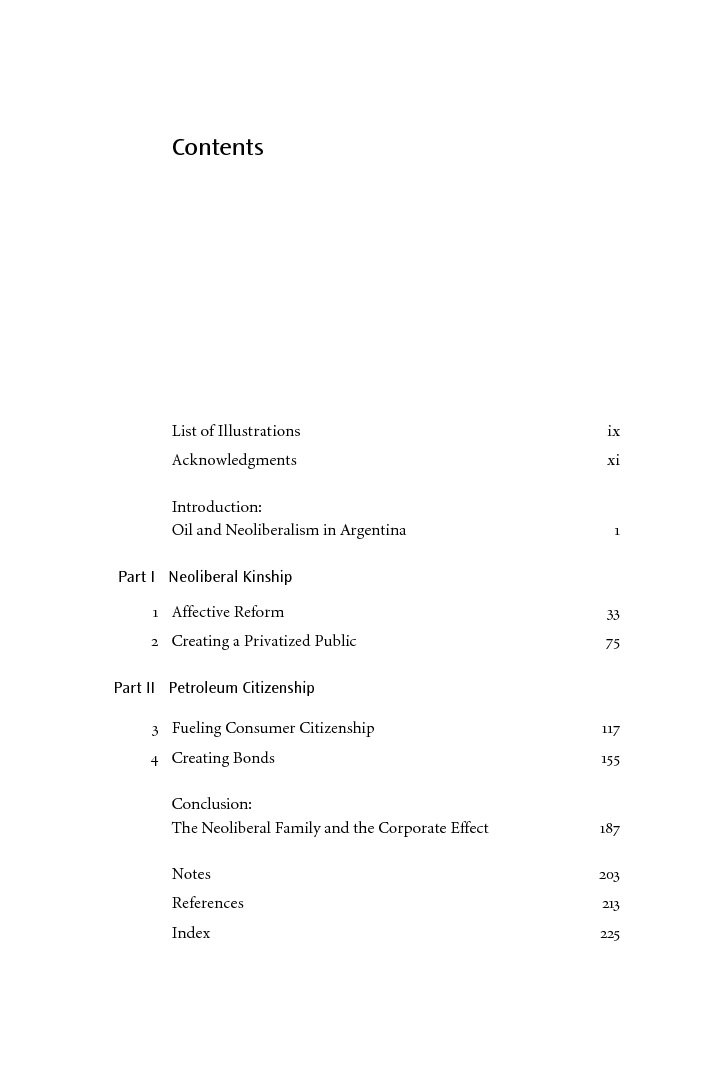