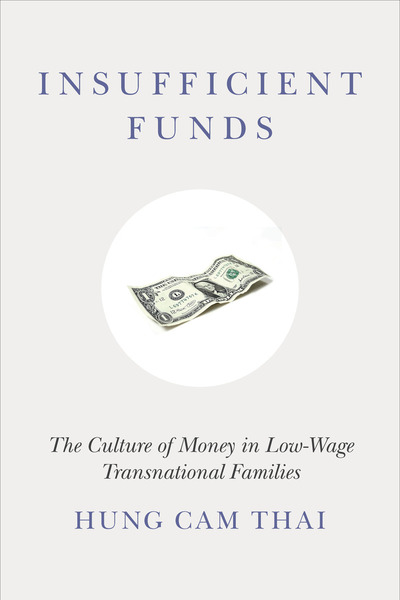 Winner of the 2016 Best Book in Social Sciences Award, sponsored by the Association for Asian American Studies (AAAS).

Every year migrants across the globe send more than $500 billion to relatives in their home countries, and this circulation of money has important personal, cultural, and emotional implications for the immigrants and their family members alike. Insufficient Funds tells the story of how low-wage Vietnamese immigrants in the United States and their poor, non-migrant family members give, receive, and spend money.

Drawing on interviews and fieldwork with more than one hundred members of transnational families, Hung Cam Thai examines how and why immigrants, who largely earn low wages as hairdressers, cleaners, and other "invisible" workers, send home a substantial portion of their earnings, as well as spend lavishly on relatives during return trips. Extending beyond mere altruism, this spending is motivated by complex social obligations and the desire to gain self-worth despite their limited economic opportunities in the United States. At the same time, such remittances raise expectations for standards of living, producing a cascade effect that monetizes family relationships. Insufficient Funds powerfully illuminates these and other contradictions associated with money and its new meanings in an increasingly transnational world.

Hung Cam Thai is Associate Professor of Sociology and Asian American Studies at Pomona College, where he serves as Director of the Pacific Basin Institute. He is the author of For Better or for Worse: Vietnamese International Marriages in the New Global Economy (2008).

"Written by a sociologist doing long-term and multi-sited ethnographic fieldwork, Insufficient Funds is a fascinating account of the ways in which money is given, received, and spent in transnational Vietnamese families . . . The book compellingly analyses the ways in which transnational family relationships are shaped by the flow of money from the United States to Vietnam."

"Thai convincingly shows that migrant money may be less about maintaining family relations than about performing the American Dream . . . Insufficient Funds will appeal to scholars in sociology, anthropology, Asian studies, and Asian American studies. It can be used in teaching as the frank testimonies are accompanied by a comprehensive discussion of scholarship on money, migration, and consumption."

"In Insufficient Funds Hung Cam Thai presents a mesmerizing narrative of money and migration among low-wage Vietnamese transnational families in the United States and their non-migrant relatives in Vietnam . . . Through multi-sited ethnographic fieldwork in both Vietnam and the United States, Thai is able to dig into the fabric of cultural expectations, self-worth, and emotional economies embedding these monetary exchanges . . . I find this an extraordinary book advancing a well-grounded theoretical argument with ample empirical evidence presented in an easy-to-follow manner that will attract not only academics, but also those interested in knowing migrants' life stories."

"This book by sociologist Thai is a rare combination of 98 personal interviews with low-wage Vietnamese-Americans and their poor relatives in Vietnam. The writing is elegant and blends fascinating block quotations with pithy sentences that summarize main points . . . Social scientists, especially economists, will value the book's insights on monetary circulation and low-wage labor . . . Highly recommended."

"In this brilliant landmark study, Hung Thai takes us into the world of Vietnamese immigrants, their lives in the United States and their visits back home where some are greeted as heroic patrons, others as ostentatious spenders, and still others as envious observers of their poor kin who now enjoy luxuries they themselves can ill afford. Through its many, rich close-up portraits, and big-picture lens, this book shifts the way we see migration, family and social class. A must read."

—Arlie Hochschild, University of California, Berkeley, co-editor (with Barbara Ehrenreich) of Global Woman, author of The Outsourced Self

"Insufficient Funds is a major contribution to our understanding of the culture of remittances and transnational families in the world today. With rich narratives and deft analyses, it sheds light on the complex meanings and dynamics of money, obligations, status, and worth in transnational families." 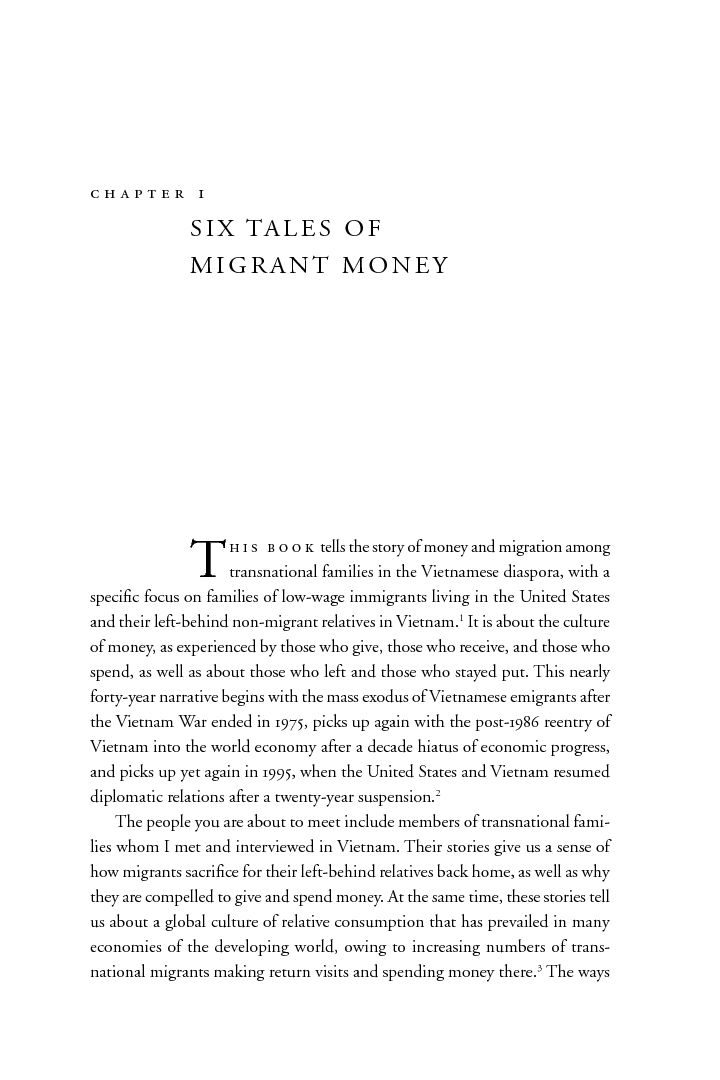 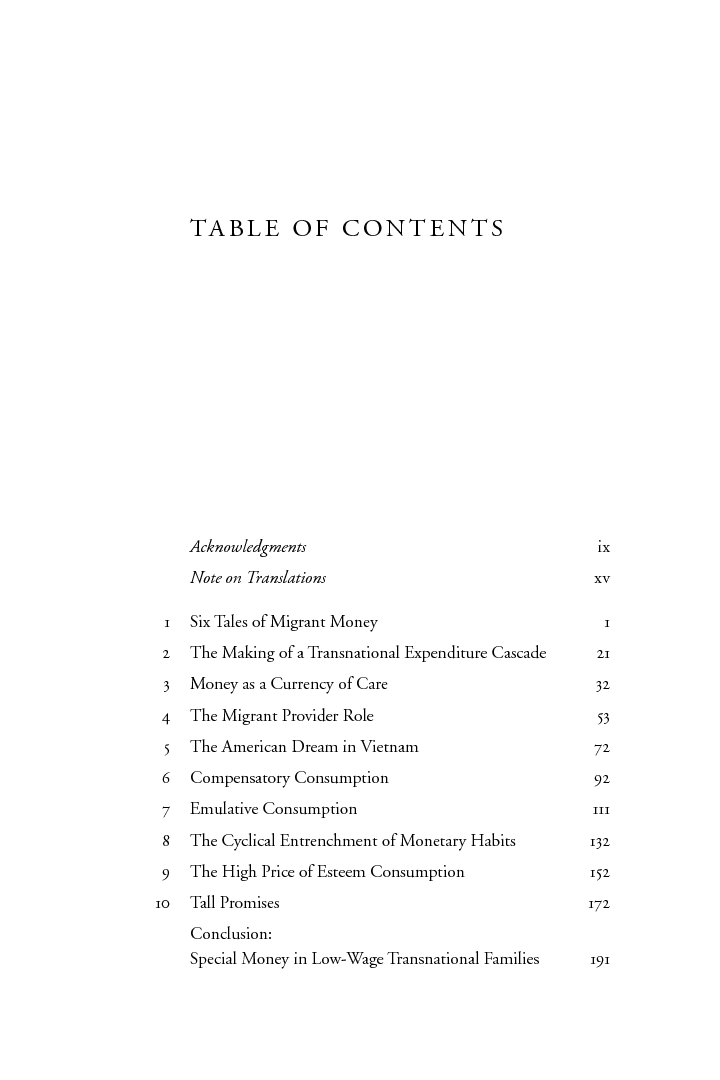