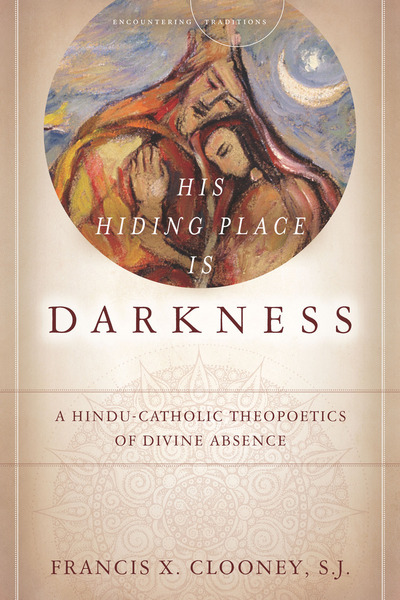 His Hiding Place is Darkness explores the uncertainties of faith and love in a pluralistic age. In keeping with his conviction that studying multiple religious traditions intensifies rather than attenuates religious devotion, Francis Clooney's latest work of comparative theology seeks a way beyond today's religious and interreligious uncertainty by pairing a fresh reading of the absence of the beloved in the Biblical Song of Songs with a pioneering study of the same theme in the Holy Word of Mouth (9th century CE), a classic of Hindu mystical poetry rarely studied in the West.

Remarkably, the pairing of these texts is grounded not in a general theory of religion, but in an engagement with two unexpected sources: the theopoetics, theodramatics, and theology of the 20th-century Catholic theologian Hans Urs von Balthasar, and the intensely perceived and written poetry of Pulitzer Prize winner Jorie Graham. How we read and write on religious matters is transformed by this rare combination of voices in what is surely a unique and important contribution to comparative studies and religious hermeneutics.

Francis X. Clooney, S.J. is Parkman Professor of Divinity and Professor of Comparative Theology at the Harvard Divinity School, where he also directs the Center for the Study of World Religions. A Roman Catholic priest and a member of the Society of Jesus, he is the author of numerous books, including Beyond Compare: St. Francis de Sales and Sri Vedanta Desika on Loving Surrender to God (2008) and Comparative Theology: Deep Learning across Religious Borders (2010). In 2010, Clooney was elected a Fellow of the British Academy.

"This book is unlike any other I have read. Its distinctiveness resides in its profoundly spiritual theme, erudition, imaginative arrangement and engaging style . . . [S]o deftly does he move backwards and onwards between poetic universes—impeccably integrating a medley of voices . . . [A] careful reading and patient reflection may well transform the reader . . . His Hiding Place is Darkness makes an outstanding contribution to comparative theology and religious hermeneutics."

"This work is remarkable on many counts. It presents a valuable development of comparative theology . . . It is clear that His Hiding Place is Darkness is richly reflected work, at the conclusion of which one has the impression of an enclyclopaedic treatment . . . The work is scholarly and objective, researched and original In style, but above all it is a pastoral work. In a world where some have no sense of the Divine, and where others seek but do not know what they are seeking or again where others are unable find the object of their quest or where the images of God are no longer effective, Clooney makes the point that the search is as revealing as the finding. In this way he shows that comparative theology is also a work of pastoral care. He goes far beyond the abstractions of religious studies to the needs of the modern world. His Hiding Place is Darkness not only satisfies the mind but also invites us to empathise with the needs of society."

"[I]ntersection and absence stand at the heart of this remarkable work, the latest by the Jesuit theologian Francis X. Clooney . . . Those who have followed Clooney across his prolific career will find much that is familiar in this volume: close, careful reading of primary texts in light of commentarial tradition, deep erudition, a post-modern sensibility, disdain for premature generalizations. The prose is crisp, insightful, and on several occasions, genuinely moving; the notes are extensive, detailed, and, in some cases, mildly polemical. The work as a whole, on the other hand, is startlingly original . . . [T]his represents Clooney's most convincing work since Hindu God, Christian God. It will richly reward careful study by students and scholars of comparative theology, theological aesthetics, and spirituality."

—Reid B. Locklin, Journal of Religion

"Francis Clooney, S.J.'s His Hiding Place is Darkness takes us into an entirely different world of experience and expression of divine absence in a biblical and in a Hindu sacred text . . . [I]t is beautifully written in a style flowing with the texts he reads."

"Clooney's book is rich in covering a number of topics in relatively few pages while remaining eminently readable. Its engaging quality is brought about, in part, by a structure that echoes its central argument: theology must wait upon and be generated from the experience of a poetic and dramatic encounter . . . It is a proposal of and a propaedeutic to a particular mode of doing theology; it pleads for patient waiting, slow reading across traditions, and attention to the dramatic and poetic. As such, it is a worthwhile addition to the perennial debates—especially in the context of Catholic theology in North America—about what theology is and how it should be done."

"In his latest book His Hiding Place Is Darkness: A Hindu-Catholic Theopoetics of Divine Absence, Francis X. Clooney takes his comparative work in exciting new directions. The book marks a continuation of Clooney's significant contributions toward developing comparative theology as a robust and active subfield in religious studies, and Clooney's extended exposition on the theme of 'divine absence' across two texts from the Christian and Hindu traditions is his most intensely personal and remarkably poetic work to date. Reading closely across these historically disparate yet thematically intertwined texts, His Hiding Place Is Darkness offers a remarkably lucid analysis that both showcases the interpretive acumen of an accomplished comparative theologian and opens up new possibilities for the field of comparative theology . . . Ultimately, Clooney offers a compelling comparative reading of the Song of Songs and the Tiruvaymoli based on his own finely-honed interpretive abilities as well as insights from the commentarial tradition of each text. The result of this effort is a beautifully-written manuscript that blends the grinding work of translation and textual analysis with the imaginative possibilities opened up through poetry . . . This book marks an important point in Clooney's own 'continuous forward striving' as an accomplished scholar and writer, and it is one that should be taken seriously by scholars in a variety of subfields across religious studies and especially by scholars in comparative theology."

"Clooney's work therefore offers a challenge to Christian theologians to overcome their sometimes parochial engagements with biblical horizons and to seek out the Spirit, which blows where it wills, through gardens other than Gethsemane and on hills other than Golgotha. As we follow the travails of the two women, we become aware of a few common themes that emerge from his detailed textual readings . . . One of the great merits of His Hiding Place Is Darkness is that it highlights the human predicament, in a world of religious pluralism, of searching for the beloved who constantly upsets all human certainties."

"An unquenchable longing and passion of the lover in God's absence is observed, even intensely felt by the reader, when Clooney juxtaposes passages of the Song of Solomon with parallel passages of the Tiruvaymoli, or the Holy Word. The effect of this is as powerful as it is poignant: the reader not only observes lovers within these two traditions desperately seeking their divine beloved, but the reader is drawn ever more into this new community of divine mystery and secretiveness that Clooney so eloquently creates in his work. The reader is drawn into the theopoetics and theodrama that brings out a desperate and intense longing that lovers of God from both traditions share. Clooney's work contributes to a religious 'pluralism' that reveals something of a newer theological moment, a spark of revelational power that enters into fresh understandings of the intimate depths of divinity."

"In this slim, yet dense, volume, Francis X. Clooney, arguably the premier exponent-if not founder-of the discipline of comparative theology, continues his work of bridging the universes of Hinduism and Catholicism, theology and South Asian studies, and scholarly engagement and spiritual endeavour . . . Clooney, as always, ably demonstrates his brilliance, humanity, and erudition."

"His hiding Place is Darkness is a multilayered work of ressourcement which operates at a number of levels, and its spiraling movement, often repetitive and angular but always intriguing, presses the reader to move forward, inviting and rewarding further reading and prayer." 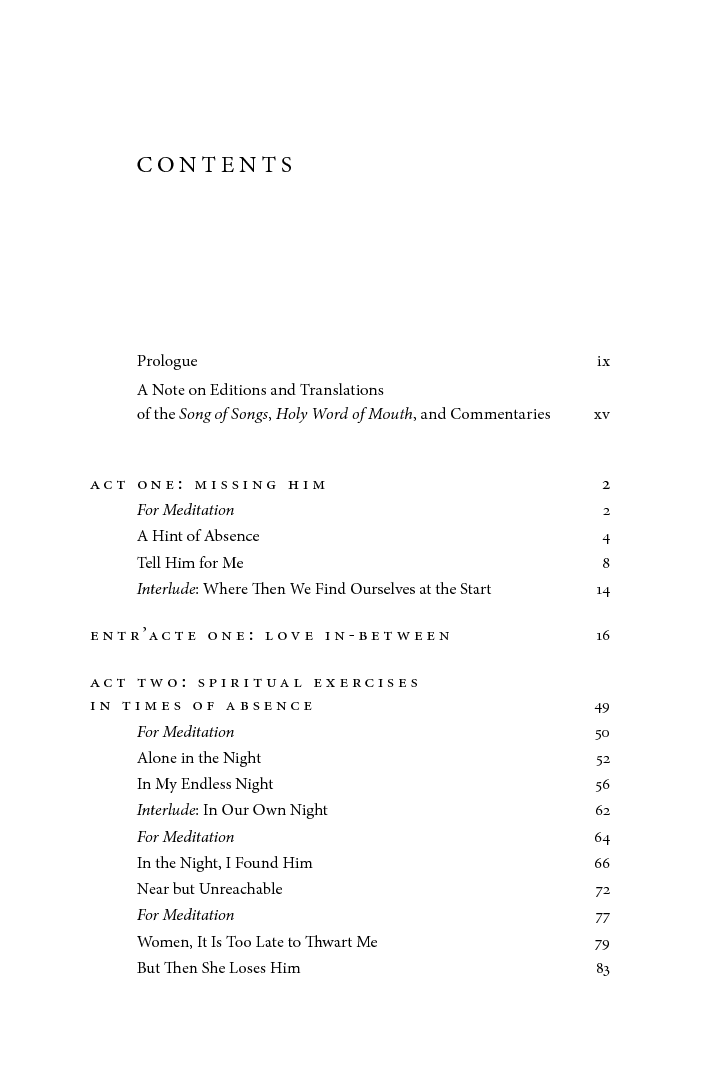 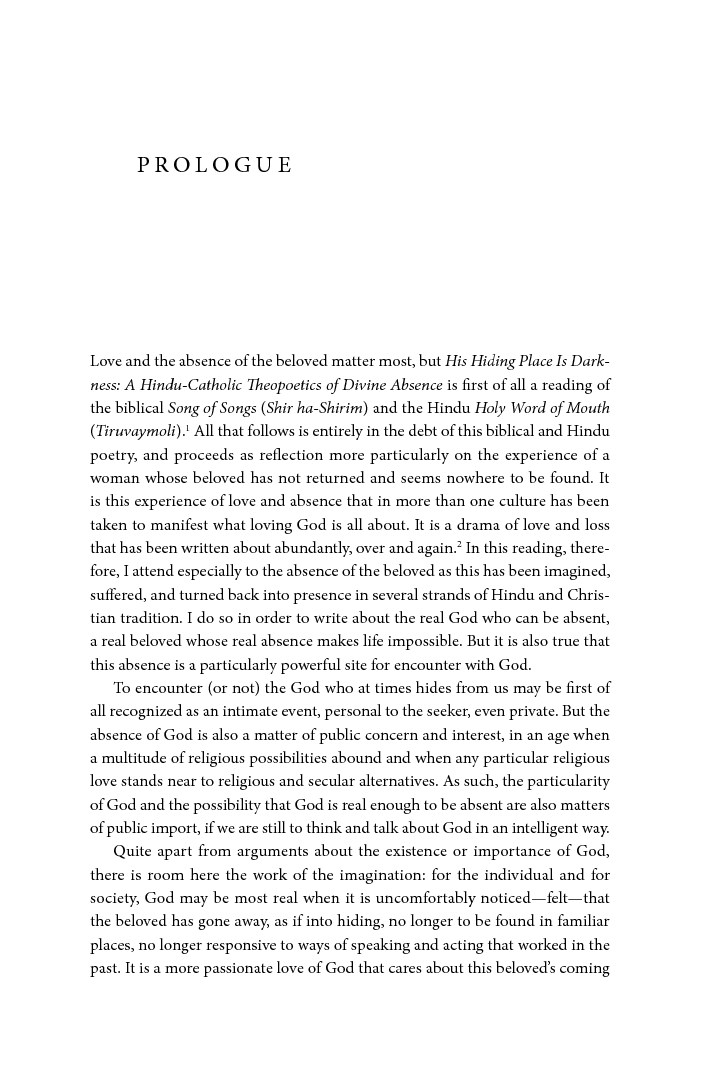