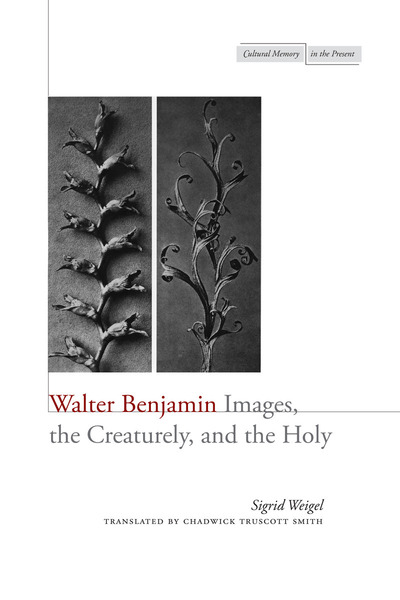 Arguing that the importance of painting and other visual art for Benjamin's epistemology has yet to be appreciated, Weigel undertakes the first systematic analysis of their significance to his thought. She does so by exploring Benjamin's dialectics of secularization, an approach that allows Benjamin to explore the simultaneous distance from and orientation towards revelation and to deal with the difference and tensions between religious and profane ideas. In the process, Weigel identifies the double reference of 'life' to both nature and to a 'supernatural' sphere as a guiding concept of Benjamin's writings. Sensitive to the notorious difficulty of translating his language, she underscores just how much is lost in translation, particularly with regard to religious connotations. The book thus positions Benjamin with respect to the other European thinkers at the heart of current discussions of sovereignty and martyrdom, of holy and creaturely life. It corrects misreadings, including Agamben's staging of an affinity between Benjamin and Schmitt, and argues for the closeness of Benjamin's work to that of Aby Warburg, with whom Benjamin unsuccessfully attempted an intellectual exchange.

Sigrid Weigel is Director of the Center for Literary and Cultural Research in Berlin.

"Weigel's readings, which are steeped in philological detail and hermeneutic insight, brilliantly exhibit the stakes involved in approaching Benjamin's work anew. Her impeccable sense for intertextual trajectories coupled with broad erudition not only results in sophisticated exegeses, but also amply demonstrate the continued if not urgent relevance of Benjamin's interventions for our current intellectual and cultural concerns." 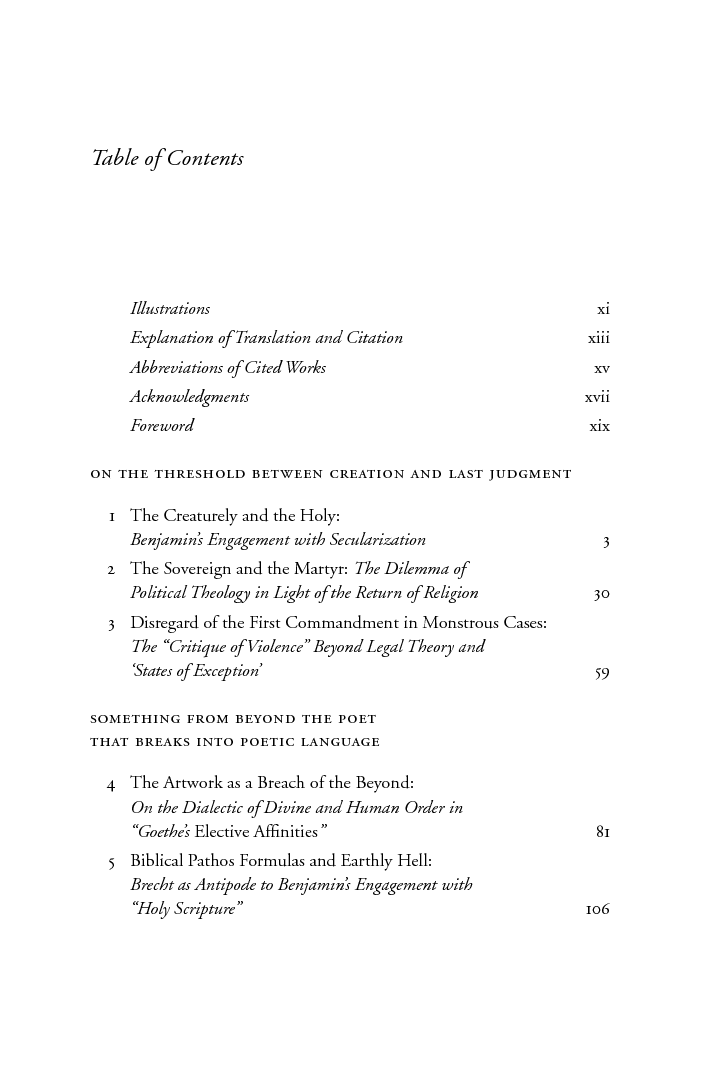 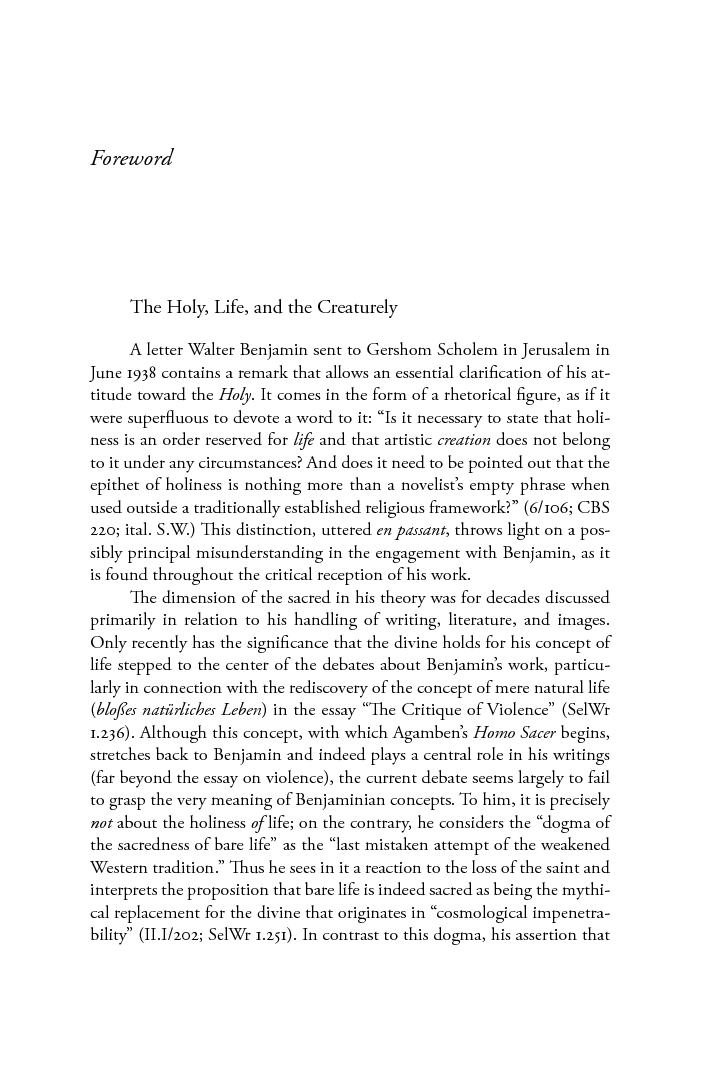 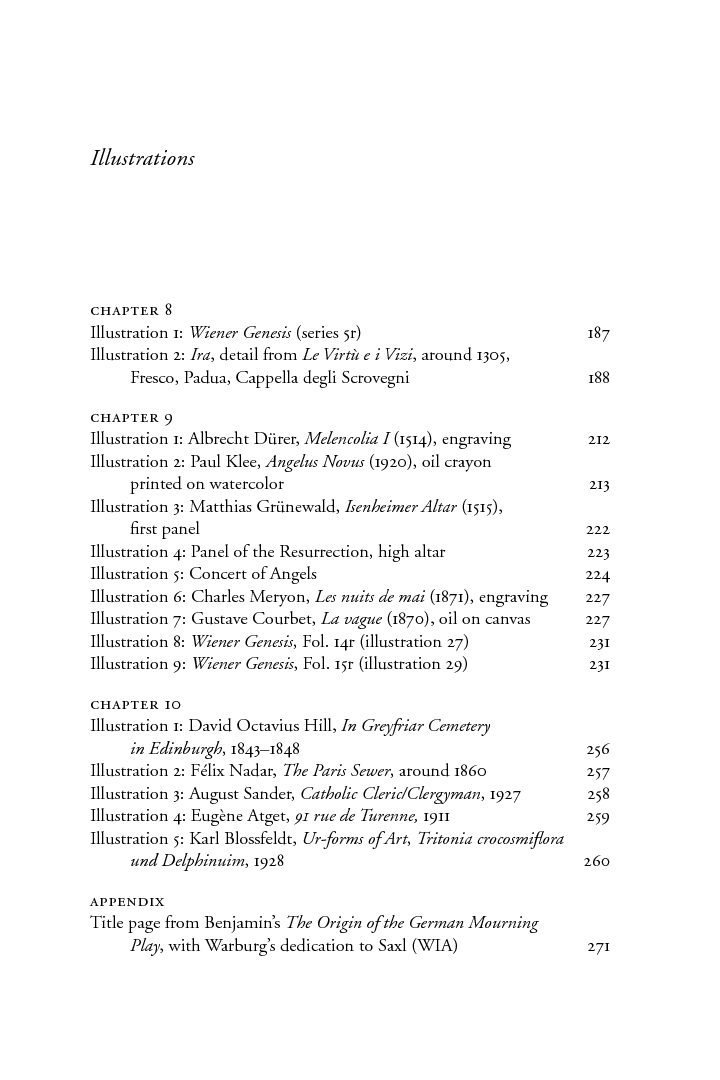