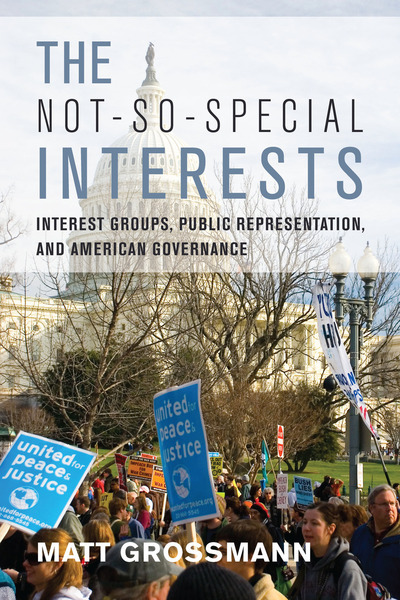 "Lobbyist" tends to be used as a dirty word in politics. Indeed, during the 2008 presidential primary campaign, Hillary Clinton was derided for even suggesting that some lobbyists represent "real Americans." But although many popular commentators position interest groups as representatives of special—not "public"—interests, much organized advocacy is designed to advance public interests and ideas.

Advocacy organizations—more than 1,600 of them—are now an important component of national political institutions. This book uses original data to explain why certain public groups, such as Jews, lawyers, and gun-owners, develop substantially more representation than others, and why certain organizations become the presumed spokespersons for these groups in government and media. In contrast to established theory and conventional wisdom, this book demonstrates that groups of all sizes and types generate advocates to speak on their behalf, though with varying levels of success. Matt Grossmann finds that the advantages of organized representation accrue to those public groups that are the most politically motivated and involved in their communities. Organizations that mobilize members and create a long-lasting presence in Washington become, in the minds of policymakers and reporters, the taken-for-granted surrogates for these public groups. In the face of perennial debates about the relative power of the people and the special interests, Grossmann offers an informed and nuanced view of the role of organizations in public representation and American governance.

Matt Grossmann is Assistant Professor of Political Science at Michigan State University. He directs the Michigan Policy Network and is a coauthor of Campaigns & Elections: Rules, Reality, Strategy, Choice. More information on The Not-So-Special Interests and his other work can be found online at http://www.mattg.org.

"The Not-So-Special Interests is an elegant and well-grounded study."

"This book is one of the more-impressive theoretically constructed and empirically executed studies of the aggregation and mobilization of interests available. It is conscientiously grounded in the available research, and the database, most of it self-generated, provides comprehensiveness in relation to the universe studied, public advocacy groups in Washington, DC. This allows for an intensity of analysis that results in an original, well-executed, and significant contribution to our understanding."

"The Not-So-Special Interests provides a refreshingly clear-eyed assessment of the landscape of interest group politics in Washington. . .Cutting through the folklore about interest groups is no small task, but

"In The Not-So-Special Interests, Matt Grossmann's focus is resolutely on the bigger picture of organized interests in Washington, D.C., and is rigorously empirical . . . This is an extremely useful book, one that will spur debate, discussion, and certainly subsequent research."

"Grossmann's contributions of behavioral pluralism and individual pluralism should become staples for those seeking to understand organized interest behavior and influence . . . Recommended."

"In The Not-So-Special Interests, Matthew Grossmann sheds new light on one of the central questions in democratic theory and politics—who is represented? Skillfully combining information about the political attitudes and behavior of a wide range of social groups with original data about the organizations that claim to speak for them in Washington, he explains why some advocacy organizations succeed while others fail. His analyses offer new and often surprising insights about the sources and consequences of cumulative inequalities produced by interest group mobilization, power, and access."

"With new ideas, new perspectives, and new data, Matt Grossmann revisits an old idea. He offers a fresh view of how major societal interests promote their ideas, seek policy advantage, and fit within the overall mosaic of American political life. Drawing upon an impressive new dataset of 1,600 advocacy organizations, Grossmann lays out how pluralism can and does become institutionalized across many venues. The Not-So-Special Interests presents an important addition to how we understand the politics of faction in the United States."

"Grossmann's work is a major contribution—breathtaking in its scope and innovative in its theories of American pluralism at the dawn of the twenty first century. The book should be read by everyone concerned about whose voices really count in Washington."

"Offering an insightful explanation of why some interests are better represented than others, Matt Grossmann's The Not-So-Special Interests is destined to become one of the most important books on interest groups in this decade. His impressive collection and analysis of original data supports a conceptual framework rooted in the tradition of Truman but thoroughly modernized to engage contemporary questions. Not only does the book make a powerful argument, it's a pleasure to read as well." 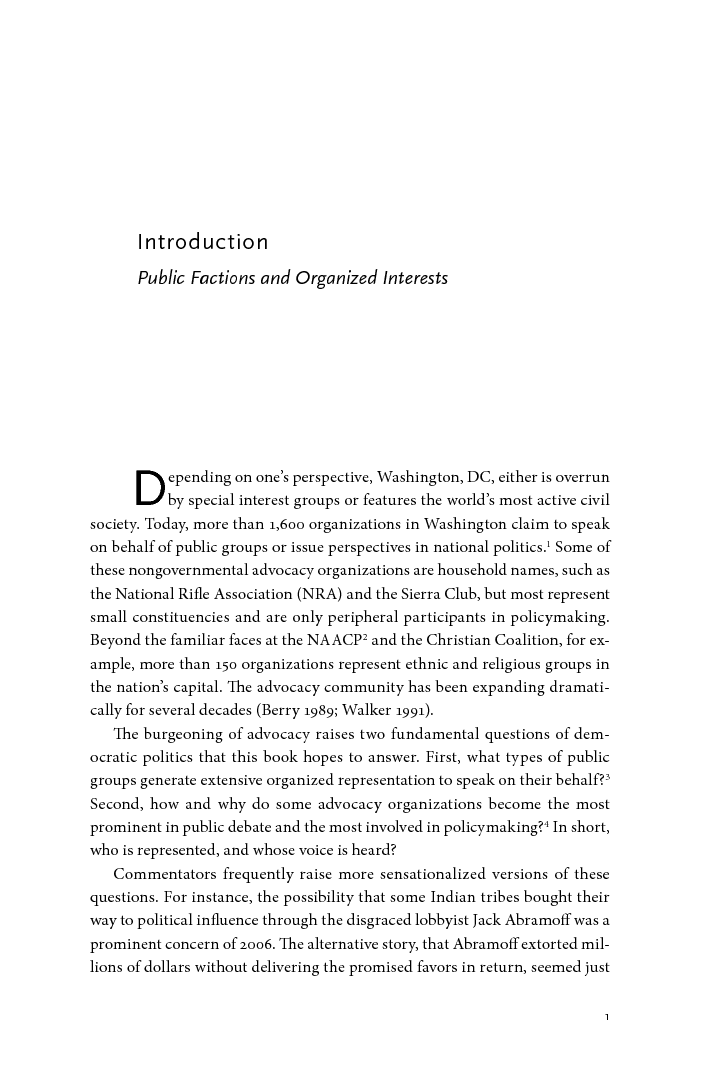 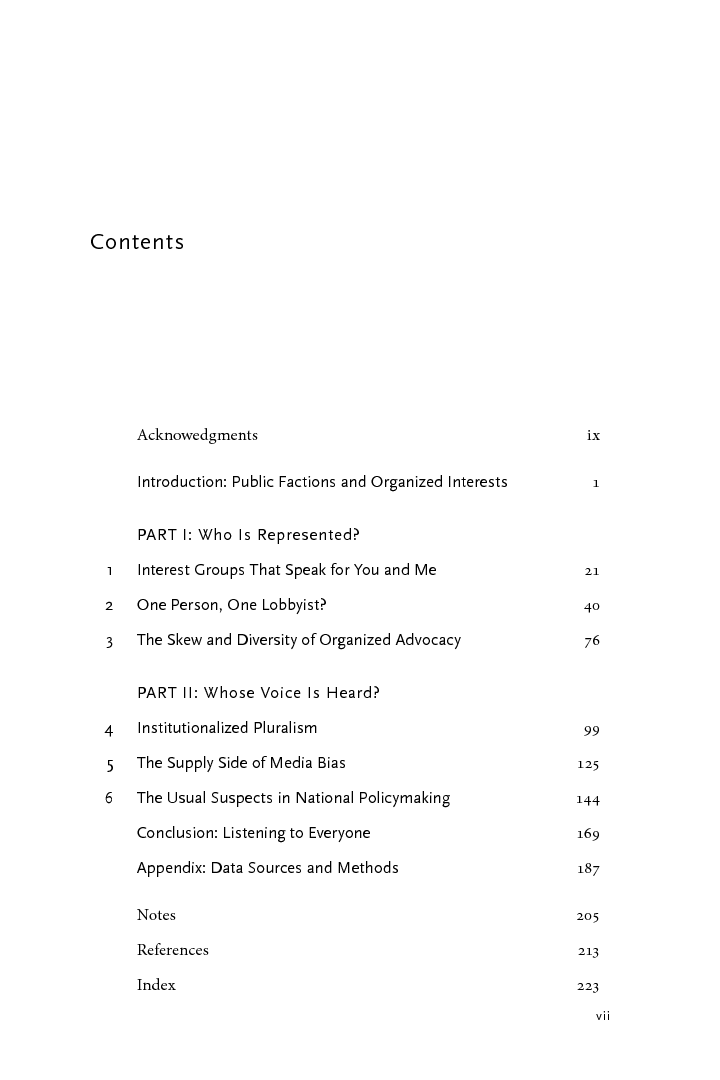